Now that IS a bonk-buster! Thought George Eliot used a male pseudonym because of sexism? As Middlemarch is published under her real name, MARK EDMONDS reveals another reason – her insatiable lust for married men made squeamish Victorians shudder

Mary Ann Evans had an extraordinary interest in sex. Despite being born in the same year as the famously prudish Queen Victoria, she was a man-eater who would stop at nothing to satisfy her overpowering desires.

She had an almost pathological fascination for men and thought nothing of riding roughshod over the women her conquests happened to be married to.

Her sex life was reckless, shocking and, to many of her contemporaries, unfathomable. Partly because she was — to put it delicately — rather plain.

But he acknowledged he was nevertheless enraptured by her, saying: ‘Behold me, literally in love… I don’t know in what the charm lies, but it is thoroughly potent.’ 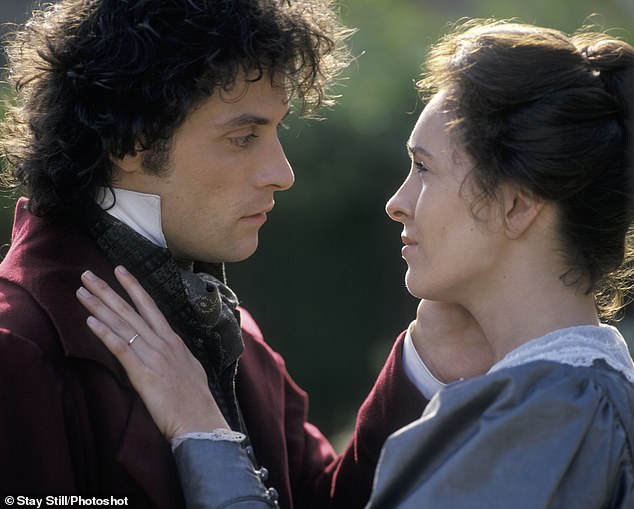 She would pursue married men in particular. By the time she reached her mid-30s, Evans had enjoyed passionate sexual relationships with a succession of men, most of them married and older.

Even so, her story might have vanished with her to the grave were it not for the fact that she left behind an extraordinary literary legacy.

For Mary Ann Evans is better known by her nom de plume: George Eliot, author of Middlemarch, and one of the greatest novelists in the language.

Now, more than 150 years after it first appeared, Middlemarch is about to be re-published, for the first time bearing its author’s real name. The plan is the work of a group of feminist academics eager to give female writers who hid behind male pseudonyms the recognition they deserve.

Yet the irony is that in Mary Evans/George Eliot’s case there was never anything remotely sisterly about her private life. 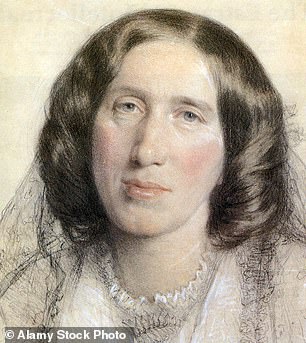 Pictured: A portrait of Mary Ann Evans drawn by Frederick Burton in 1864

Naturally, her liberated approach to sex scandalised many of her contemporaries, who were stuck in a dreary and often hypocritical morass of sexual repression.

Yet Evans remained unperturbed by the whispers that surrounded her. ‘Gossip,’ she once wrote, ‘is a sort of smoke that comes from the dirty tobacco-pipes of those who diffuse it; it proves nothing but the bad taste of the smoker.’

Although the success of Middlemarch and her other novels made her a very rich woman, her sexual adventures began in a rather more unfashionable milieu.

Mary Ann Evans was born in 1819, youngest daughter of Robert Evans, a comfortably-off land agent from Nuneaton who recognised her intellectual prowess — and sent her to boarding school.

When she was 19 her mother died, and she returned home to look after her father. When he retired they moved to Coventry. It was there that her life — and in particular sex life — really began.

The subject of her first proper crush was her Latin and German tutor. She gushed to a school friend that he was ‘anything but uninteresting, all eternal grace and mental power’.

This tutor, Joseph Brezzi, proved to be the first in a long line of unsuitable infatuations. The world in which Evans, now in her 20s, found herself was in marked contrast to the one that we recognise from Victorian literature.

Through neighbours in Coventry she had met a local couple, Charles and Cara Bray, who were well-off and held court with a number of intellectuals, including the social reformer Robert Owen. Charles Bray appears to have been Coventry’s very own Don Juan.

He’d had affairs with many local women, including the cook at the family house, who bore him six children. His wife’s sister also succumbed to his charms. 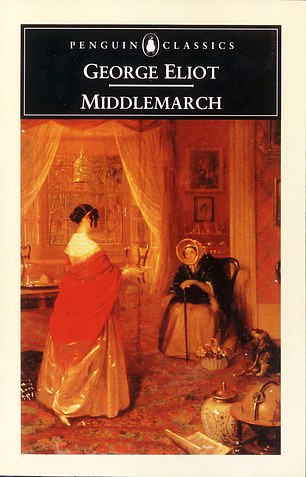 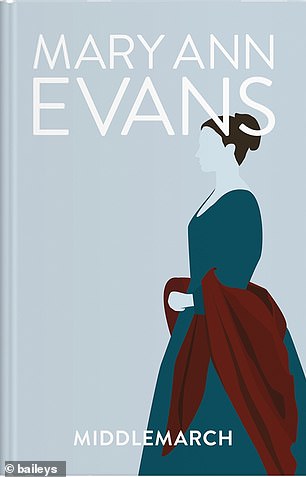 Mary Ann Evans is better known by her nom de plume: George Eliot, author of Middlemarch, and one of the greatest novelists in the language

The young Mary Ann was soon smitten. She professed that Bray was almost certainly the most handsome man she had ever seen, and she probably lost her virginity to him.

At around this time, Mary Ann renounced Christianity, much to the horror of her family. Her life was further complicated by a second entanglement with another married man, Dr Robert Brabant, a German-speaking academic with whom she stayed in Wiltshire.

Again she was enraptured, but came unstuck; his wife and daughter found out and she was sent packing back to Coventry, where she resumed her relationship with Charles Bray — whose wife Cara was more accommodating.

Shortly after her father’s death in 1849, Mary Ann went to London and fell in love with a dashing publisher, John Chapman. He was another philanderer who scrupulously recorded the frequency with which he had sex with Mary Ann.

His principal mistress was his daughters’ governess, Elisabeth Tilley, and — unfortunately for Mary Ann — neither she nor Chapman’s wife would accept a fourth person in their menage a trois.

And so it was back to Coventry once again for Mary Ann. But she was compensated later by Chapman who gave her a job as a journalist and editor and she soon returned to London.

Although she devoted a great deal of time to her sexual entanglements, she also used this period to build her literary career. Her first novel, Adam Bede, was published in 1859 and Middlemarch, her greatest, followed later.

Mary Ann’s sexual indiscretions were often talked about — in one letter to a friend she referred to what ‘gross men or vulgar-minded women might think of me’.

None, however, was considered to be quite as scandalous as her relationship with literary critic George Henry Lewes.

He was a great wit and raconteur but, like Mary Ann herself, was not conventionally good-looking: he was very short, and his head seemed almost too big for his body. In July, 1854, she and Lewes set sail for Germany — rather ungenerously the pair were said to look like a horse travelling with a monkey.

Their liaison attracted particular interest since Lewes was married — although he by now described Mary Ann as his common-law wife. She took her pen-name George from Lewes.

While the accepted version of literary history is that male authors were more likely to be taken seriously, Vivienne Ellis of the George Eliot Fellowship says this is far from certain in this case.

‘It’s too simple to say that she chose a man’s name to help her get published,’ she says.

‘In my view it was more that she was living with a married man at the centre of London intelligentsia. I’m afraid she was shunned and seen as a fallen woman for many years.’

Evans was cut off by her family and most of her friends. But she didn’t care. In a letter to her old lover, John Chapman, she wrote: ‘I have counted the cost of the step I have taken and am prepared to bear, without irritation or bitterness, renunciation of all my friends. I am not mistaken in the person to whom I have attached myself.’

Mary Ann and Lewes spent 25 years together, although they were both plagued by ill-health.

Shortly after Lewes’s death in 1878, Mary Ann married John Cross, a dreary Scottish accountant who was 20 years her junior. Their marriage got off to a bad start, however.

On their honeymoon in Venice, Cross — said to be appalled by the thought of having to have sex with her — tried to kill himself by leaping into the Grand Canal but was rescued by a passing gondolier.

The couple returned to London but by this time Mary Ann’s health was failing and in 1880 she succumbed finally to kidney disease.

She was buried in Highgate Cemetery, North London, alongside Lewes. It was a sad end to a vivid and sexually voracious life.

As for what name she should best be remembered by, Vivienne Ellis says she is ‘very upset’ by the move to turn George back into Mary.

‘It’s my own view again, but surely a writer has the right to choose the name they publish under.’