IN A eulogy for Civil Rights icon John Lewis, former President Barack Obama slammed 'those in power' who are trying to suppress American voters, and called for radical voting changes.

Former presidents George W. Bush and Bill Clinton, as well as House Speaker Nancy Pelosi, also spoke at the service at the Ebenezer Baptist Church in Atlanta, Georgia on Thursday. 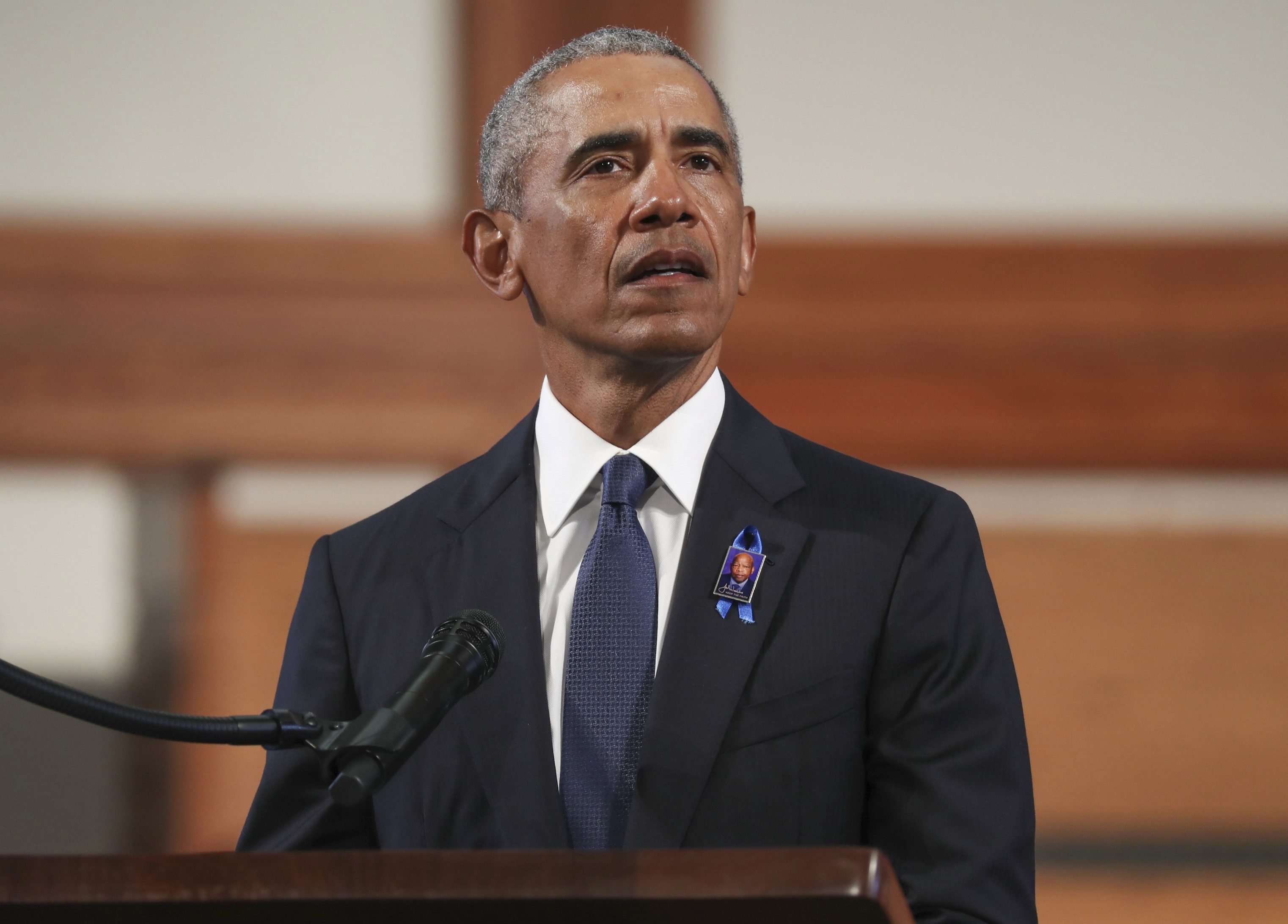 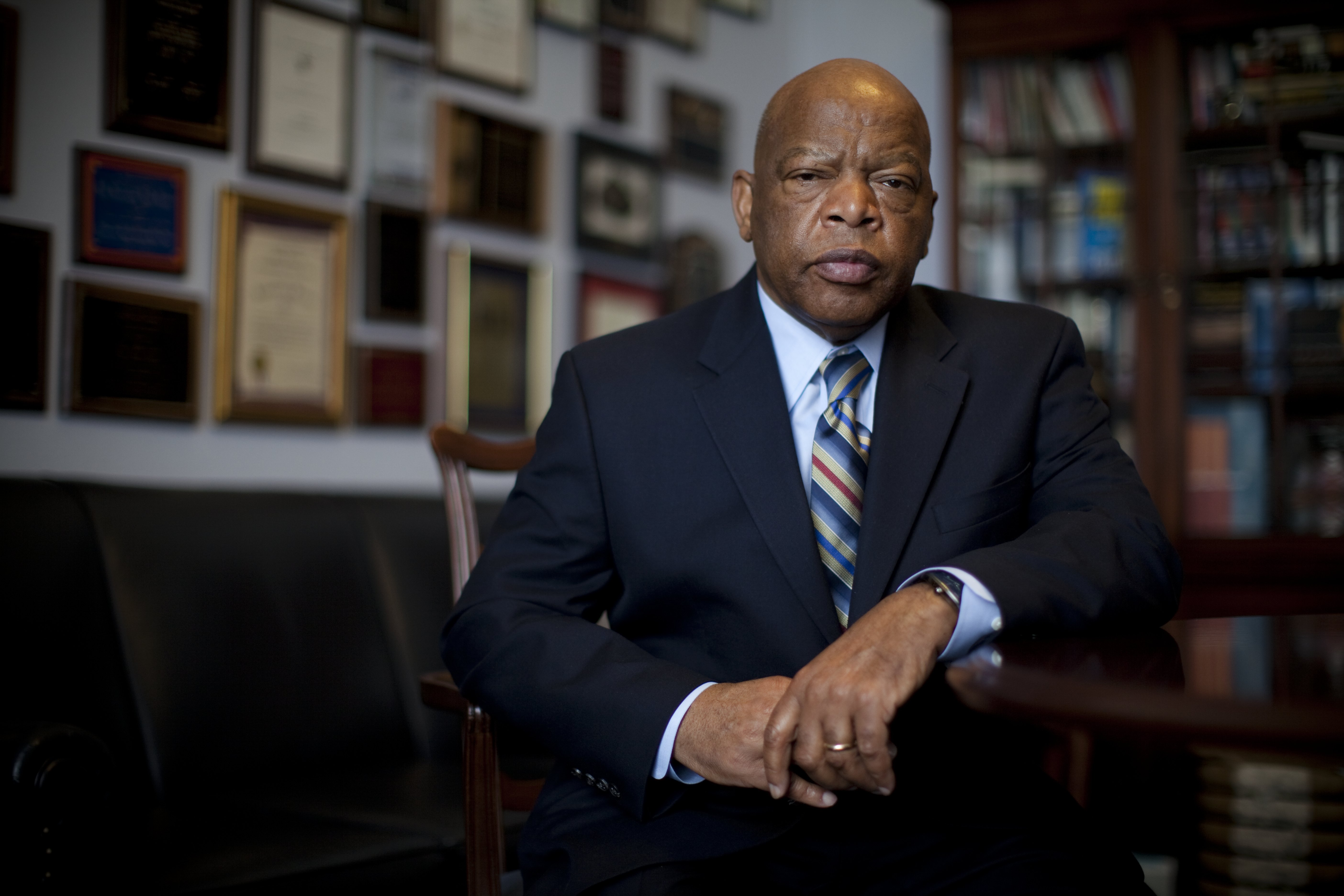 Obama honored Lewis, who died last Saturday, as "a man of pure joy and unbreakable perseverance," and gave a powerful speech about how the "march is not over."

"[Lewis] knew from his own life that progress is fragile, that we have to be vigilant about the darker currents of this country's history."

Obama then spoke about "those in power who are doing their darnedest to discourage people from voting."

"I know this is a celebration of John's life," the former president said.

"There are some who might say we shouldn't dwell on such things. But that's why I'm talking about them."

"John Lewis devoted his time on this earth to fighting these very attacks on democracy." 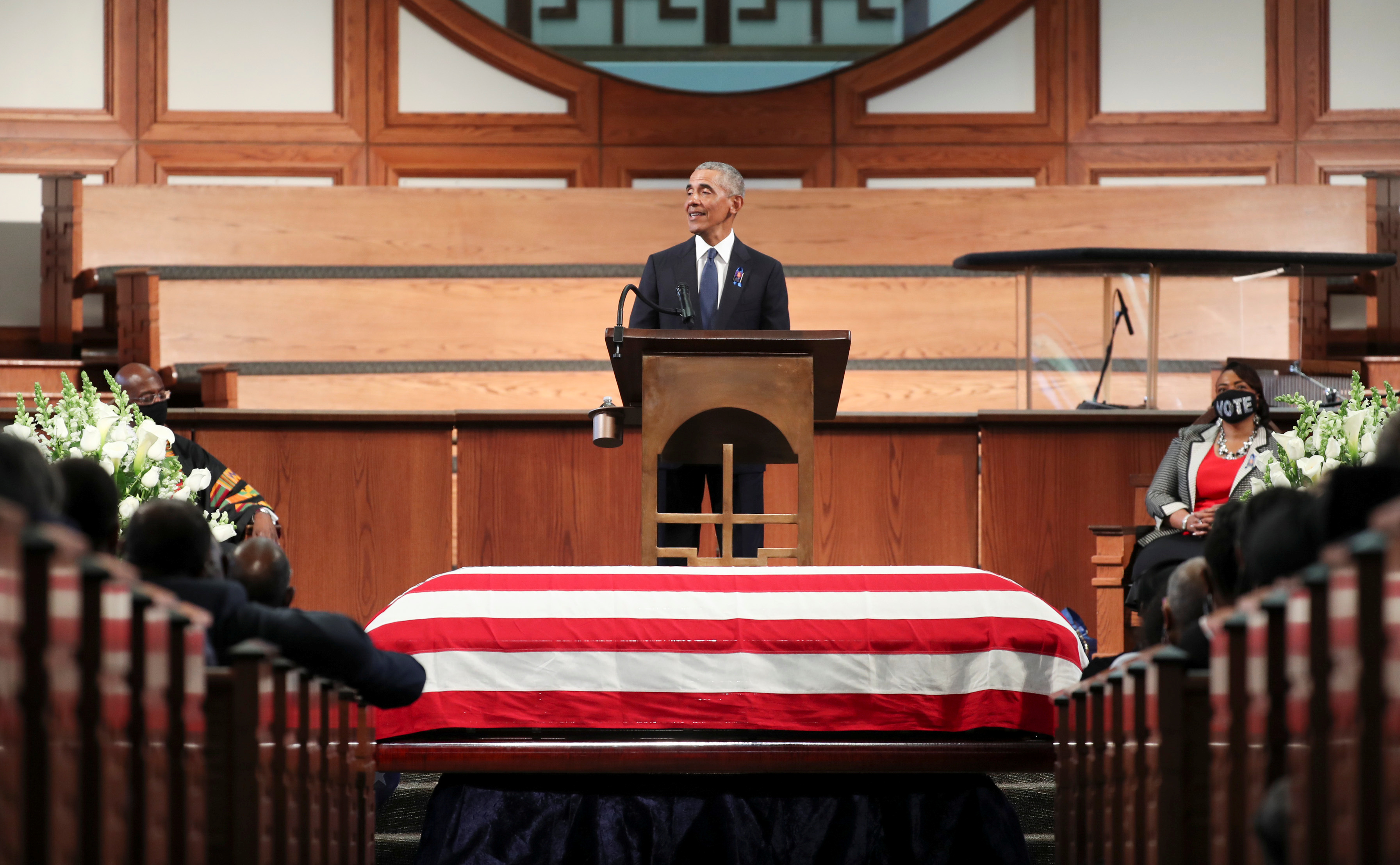 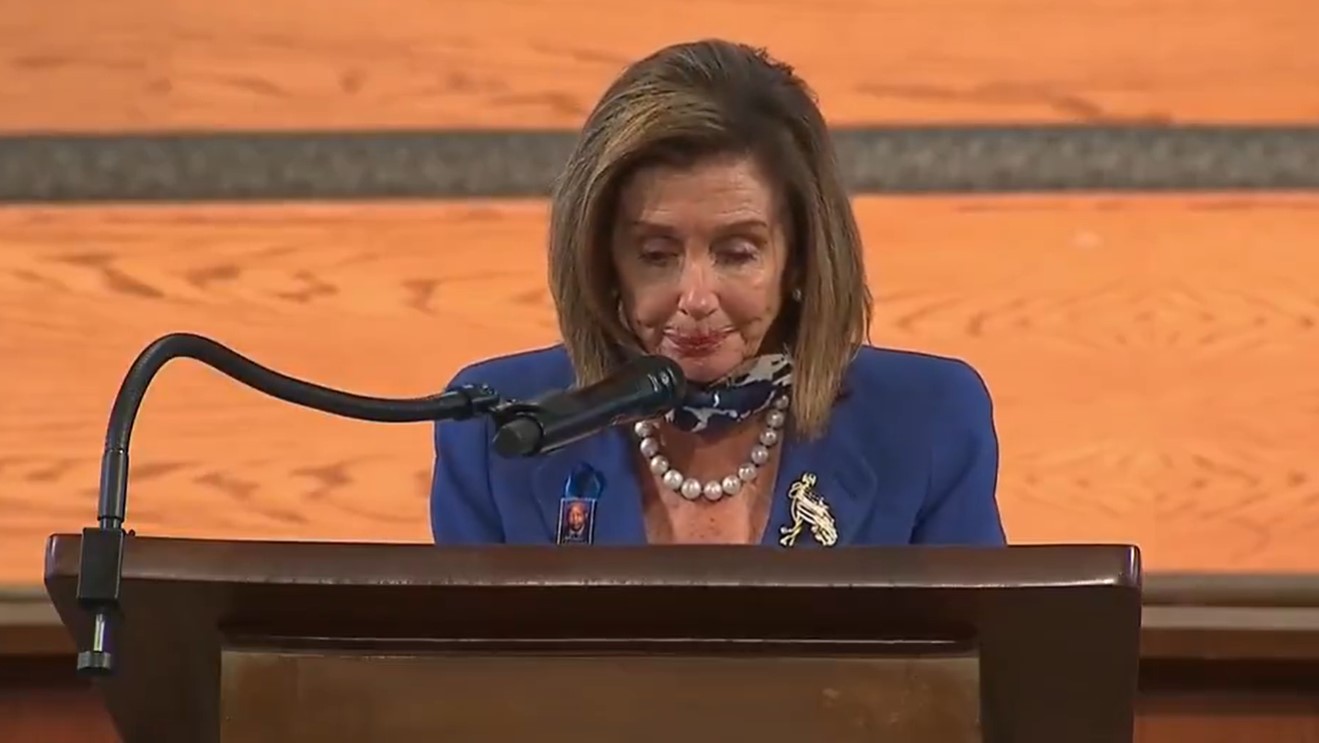 He also proposed several changes to the way voting is done in American – including making election day a national holiday so that everyone gets the chance to cast a vote.

The former president's wide-ranging eulogy also mentioned how inspired Lewis was by the current momentum of the Black Lives Matter movement, noting that he believed "in all of us there exists great courage" to fight for what's right.

Speaker Pelosi teared up as she mentioned the night her longtime colleague and friend passed away.She remembered him as humorous and captivating, and praised his ability to fight for change – but do it with love.

"We he spoke, people listened. When he led, people followed," Pelosi said.

"We loved him very much." 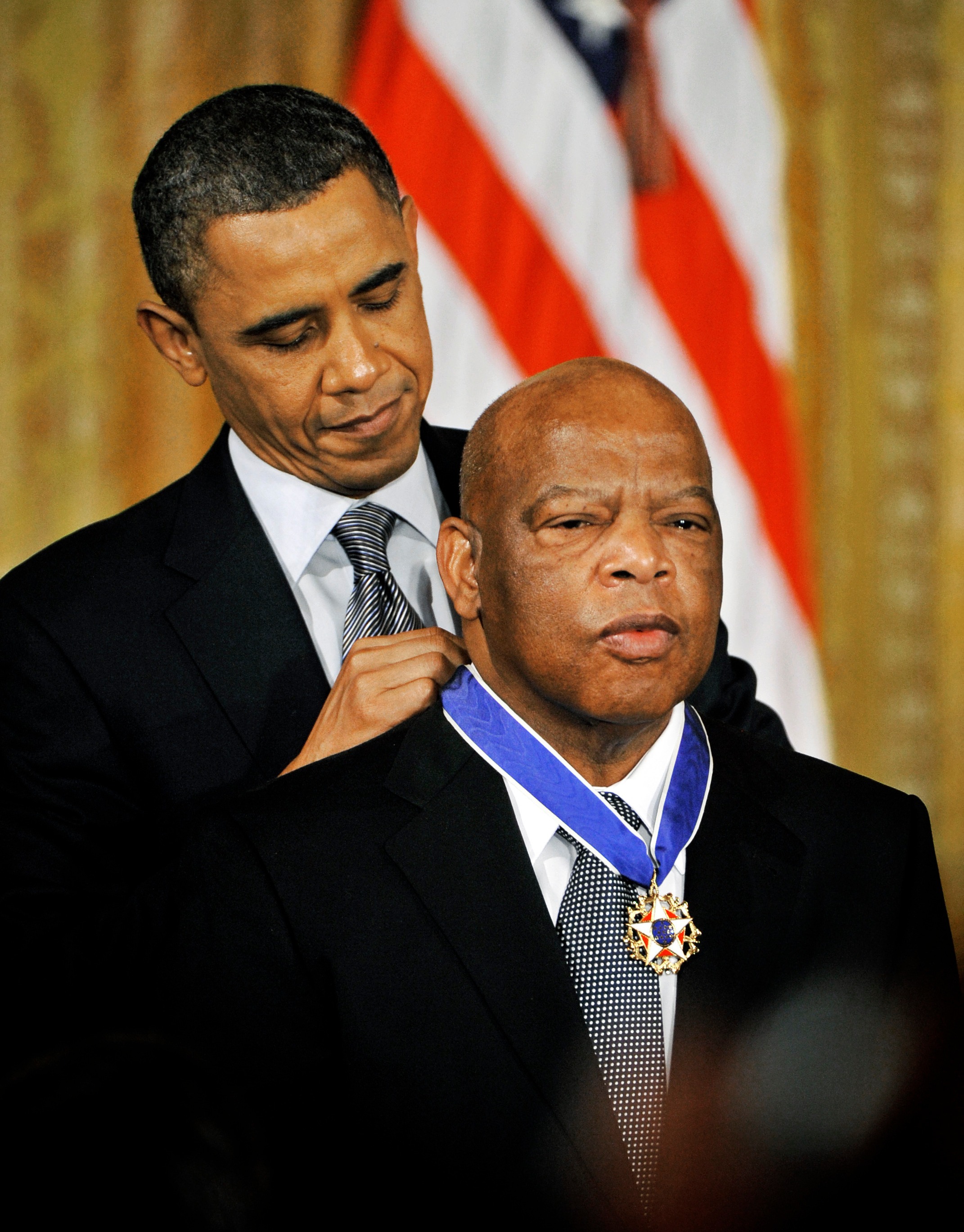 Bush kicked off the eulogies by remembering Lewis as someone who always "looked outward, not inward" and was thought of by some as "an American saint."

He acknowledged that during his time in office, he and Rep Lewis, who served on the House for Georgia for more than 30 years, disagreed at times.

But he noted, "differences of opinion are inevitable elements of democracy in action."

"We live in a better and nobler country today because of John Lewis," Bush said.

Clinton ran down a long list of memories he had with the Civil Rights icon, starting with the first time he met the legend in the 1970s.

Lewis stressed nonviolence, and "thought the open hand was better than the clenched fist," Clinton said.

"I just loved him. I always will," the former president said. "And I'm so grateful that he stayed true to form."

"Now he's gone up yonder, but he's left us with marching orders," Clinton said, referring to an op-ed Lewis wrote that was published posthumously on Thursday, in which he called on Americans to fight for what's right by getting in "good trouble."