Orville and Emu are at centre of battle between Keith Harris and Rod Hull’s widows and toy-maker who ‘borrowed’ iconic puppets only to put them up for £10,000 sale at Bonhams 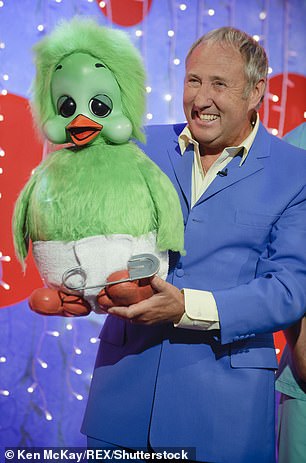 The puppets (pictured, Orville with Harris) had been put up for sale by merchandiser Roger Shaw with auctioneers Bonhams – and were expected to make up to £20,000

Orville and Emu have become embroiled in a legal battle as the widows of Keith Harris and Rod Hull fight for the birds.

The puppets had been put up for sale by merchandiser Roger Shaw with auctioneers Bonhams – and were expected to make up to £20,000.

But it has been postponed after Sarah Harris and Cher Hull called for Mr Shaw to return the duck and the emu to them.

They are both ‘determined to have the birds returned to their rightful owners’, according to the Mirror.

The puppets were a fundamental part of Harris and Hull’s television and stage presence. Hull died in 1999 while Harris died in 2015.

The two widows argue Mr Shaw had claimed the birds were gifts from Harris and Hull and later put them up for sale.

Mrs Harris, from Blackpool, said Orville was only ever loaned to Mr Shaw so he could create copies, which he would then be allowed to sell.

She said: ‘I had always presumed Orville had been returned to Keith’s management firm for safekeeping. With Keith’s illness and death, the true whereabouts never emerged.

‘That was until I heard that Roger Shaw was selling our Orville at auction. I was totally shocked. You don’t give away part of your family. Keith and I felt that way about Orville.’ 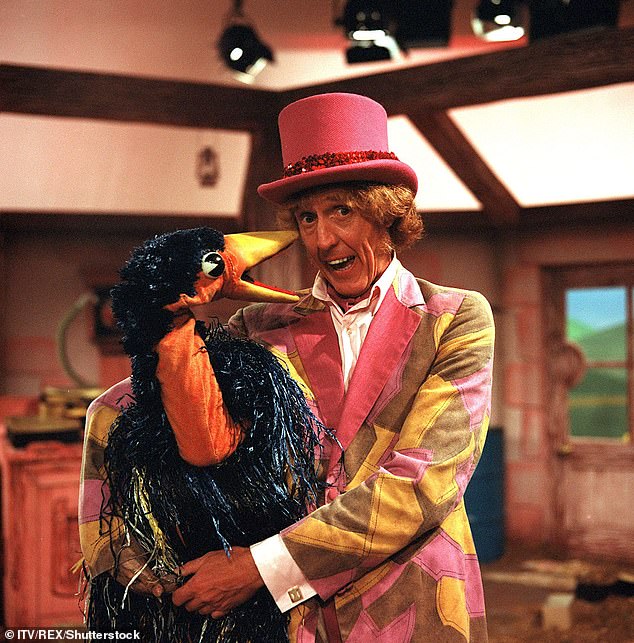 Mrs Hull, who lives in Sydney, also claimed Emu had been only temporarily given to Mr Shaw, adding: ‘There is no way he’d have given Emu to him for keeps.

‘And after Mr Shaw had made the small copies, we asked him to send the original to Rod’s agent at International Artists.’

But she said that she read about the sale in leading auctioneers Bonhams in December.

Mrs Hull added she was ‘taken aback and hurt’ by the move and has called for a return on Emu since.

The pair have spoken to Bonhams about the sale and has got it temporarily delayed amid the fallout over ownership.

They also addressed Mr Shaw’s legal team but say they were told he was given them as a gift.

Director of International Artists Ltd Nick Thomas, who represented Harris and Hull, said: ‘I do not believe that Mr Shaw has legal title to these puppets, which should be returned to the respective estates.’