SEVERE asthma patients are being turned away for potentially life saving coronavirus jabs.

Their condition makes them more vulnerable to the effects of Covid, therefore a priority to receive a vaccine. 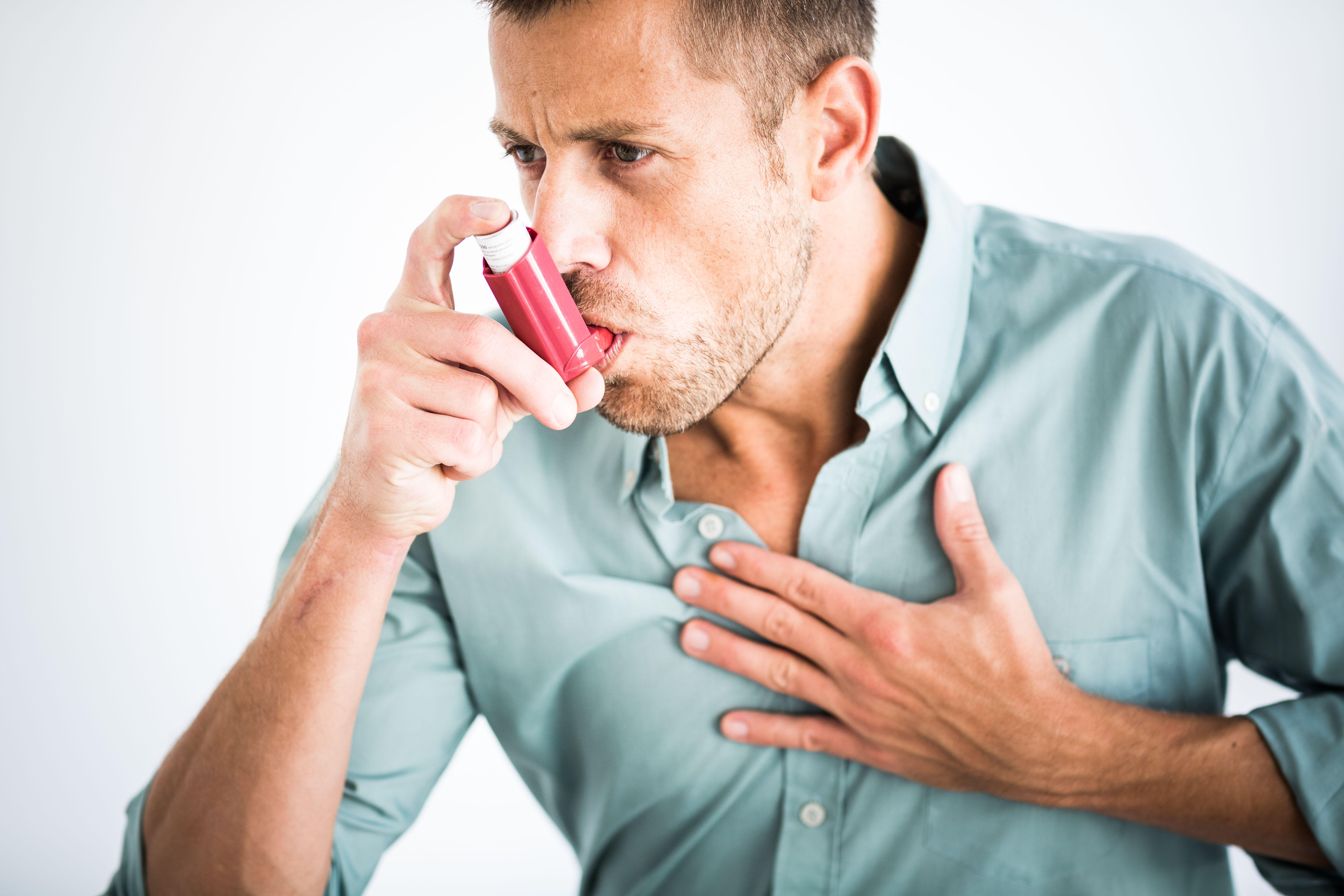 Those who take oral steroid medication or who have previously been admitted to hospital have been put into category six of the prioritisation list, meaning they should receive their jab by mid-April.

An NHS England letter sent to GPs in mid-February says people who have "ever had an emergency asthma admission" should be in group six, according to the BBC.

But charity Asthma UK said there is widespread confusion, after some GPs appeared to say only those with recent hospital admission – rather than any history of admission – should be jabbed.

It said a lot of people with asthma have been in touch with them reporting barriers to getting their Covid vaccine.

Over the past year, confusion over which asthma patients can receive their vaccine first has led to thousands of calls to the helpline.

Sarah Woolnough, chief executive of Asthma UK and the British Lung Foundation, said: "We know that there are different interpretations of the official guidance from GP surgery staff and we're not sure why exactly this is happening.

"We know that GPs are very busy and trying to vaccinate so many people quickly, and keep on top of very complex daily new information about Covid-19 and the vaccination programme.

"But it's essential that GPs follow official guidance, so that people with asthma who need to be prioritised are protected now.''

When will people with asthma be vaccinated?

People with asthma are categorised into different vaccine priority groups depending on the state of their condition.

Prof Martin Marshall, chair of the Royal College of GPs, said: "The focus for GPs and our teams is currently to offer vaccinations to patients from group six… this is a large group of approximately seven million patients, and it is likely some patients in this group will not yet have been invited for their first jab.

"Prioritisation within this group will consider a number of factors, including age and ethnicity as well as some degree of clinical judgement."

A Department of Health and Social Care spokesperson said: “Our priority is to save lives and protect the most vulnerable, and based on clinical risk the Joint Committee on Vaccination and Immunisation has recommended that adults with severe asthma should be vaccinated in priority group 6.

“This includes anyone who has ever had an emergency asthma admission to hospital and those who require regular steroids. Mild asthma, including that which can be treated by an inhaler alone has not been found to carry a higher risk of serious outcomes from COVID-19.”

Sonja Chenier, 47, from Colchester, Essex, has been refused a jab despite three hospital admissions in the past 15 years and taking multiple medications daily for her asthma.

She told the BBC that her GP surgery had told her she was not eligible for the vaccination yet because her hospital admissions were not in the past year.

“I was really shocked and so upset I put the phone down and sobbed,” she said.

“I’m due to go back to work in schools next week and I’m absolutely scared witless.

“I’d just like some clear clarification on where the ‘within the last 12 months’ criteria has come from.”

In February, some said it was not possible to search their practice IT systems to identify asthma patients eligible for a vaccine.

Dr Phil Williams, a GP partner in Lincoln, told Pulse Magazine there is no coding on his practice’s clinical system that pulls out a list of patients who have ever been admitted to hospital for asthma.

People with asthma who were shielding have already been vaccinated in group four, before February 15.

Those with milder asthma must wait for a jab according to their age.

In the coming months, vaccine programme intends to reach all those in the top nine priority groups – including everyone over the age of 50 and anyone with a severe medical condition, regardless of their age.

People with diabetes, heart disease, liver disease and other conditions are also being called up in the next few weeks.

The target is the jab the 17.2 million people in those nine groups by mid-April.