Police seeking to identify a man killed by a train near the Cam and Dursley Station in Gloucestershire nine days ago have issued a CCTV image taken shortly before his death.

The man is described as white, with short dark hair. He was wearing a charcoal grey hoodie, dark grey t-shirt, blue jeans and black Adidas trainers.

An investigation is continuing into the circumstances of his death and police have now released an image to help identify the man.

‘On Wednesday 2 June at 11pm, officers were called to an area of railway near Cam and Dursley station following reports of a casualty on the tracks,’ said a British Transport Police spokesperson. 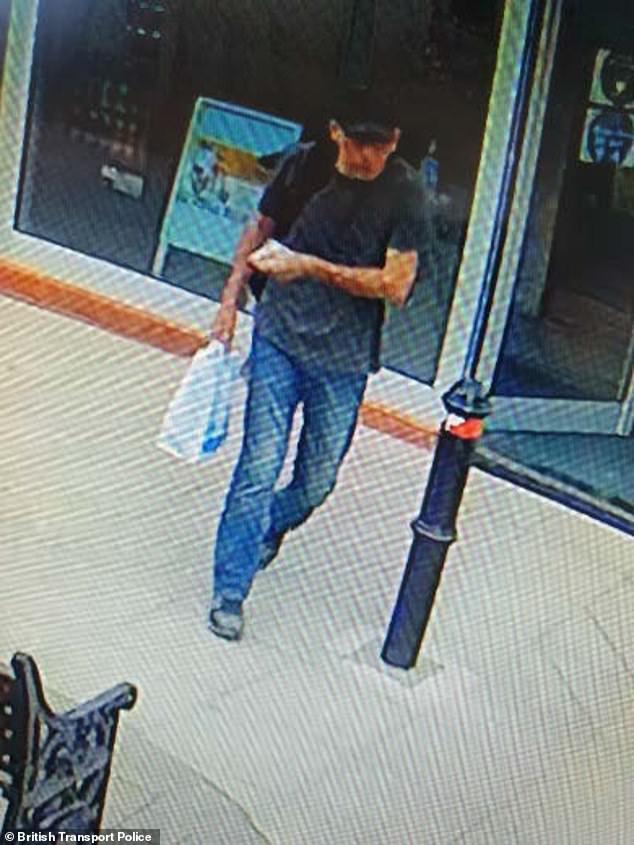 Police have released this image of the man, taken shortly before he was killed by a train, as they seek to identify him 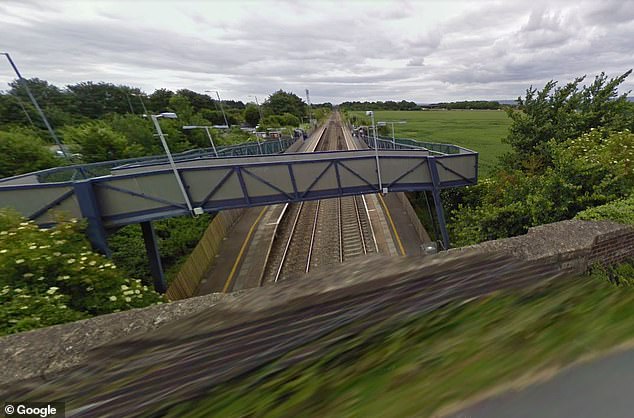 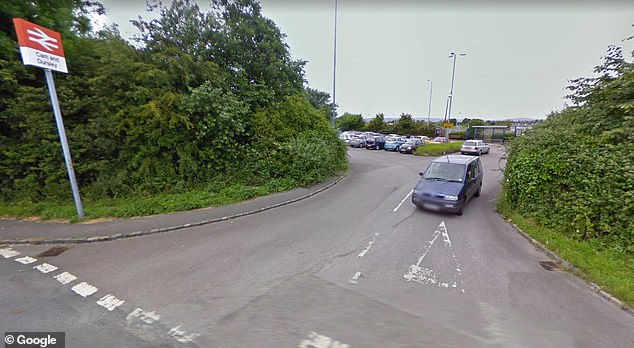 ‘Paramedics also attended. However the man was sadly pronounced dead at the scene.

‘Officers are still working to establish the full circumstances behind the man’s death. Despite a number of extensive enquiries, they’ve still been unable to identify him and inform his family.

‘The man is described as white, with short dark hair. He was wearing a charcoal grey hoodie, dark grey t-shirt, blue jeans and black Adidas trainers.

‘Officers are today releasing this image in connection in the hope it may assist in their efforts to identify the man.