A senior police officer has tweeted a video from his hospital bed inside a bleak coronavirus ward as he told of being ‘breathless and dizzy’ on the day of his daughter’s 15th birthday.

Chief Superintendent Phil Dolby, from West Midlands Police, had been sharing his coronavirus symptoms on Twitter before his condition became progressively worse and he was taken to hospital late last night.

Yesterday, he tweeted a short clip that laid bare the stark reality of coronavirus isolation, with the camera showing the inside of a small cubicle lined with flame retardant surface protection and plastic sheeting. 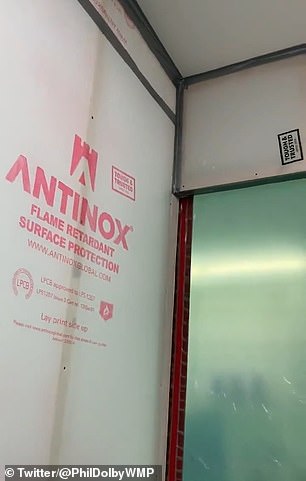 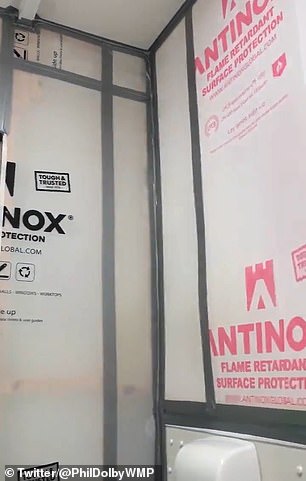 Chief Superintendent Phil Dolby, from West Midlands Police, showed the inside of his coronavirus isolation pod

Earlier on Saturday, Chief Superintendent Dolby recorded how his symptoms were gradually getting worse.

‘Had some anxious moments in last 24 hrs. I’ve looked better too! Temp of 37.9 but somehow still feel really cold.’

He later added: ‘Late Day 7. Some frightening episodes of breathlessness and dizziness. 111 called an ambulance. Conveyed to hospital.

Fellow senior officers and staff rallied to offer their support and best wishes.

The Chief Constable of West Midlands Police, Dave Thompson wrote: ‘Phil – thinking of you – if anyone has the strength to get through this you have.’ 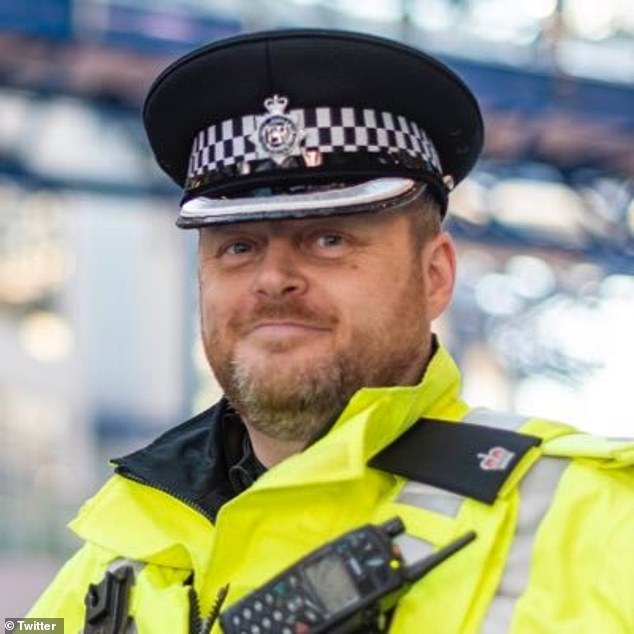 Supt Insp Gareth Morris said: ‘I can imagine pretty frightening. Glad you’re in the right place and a clear reminder for all on how serious this virus can become.’

Chief Supt Lee Wharmby of Solihull Police posted: ‘Keep fighting, keep strong Phil. Best wishes from my family to you and yours.’

And Insp Lee Trinder at Edgbaston Police said: ‘Keep fighting, keep strong Phil. Best wishes from my family to you and yours.’

Police officers in the Firearms Operations unit wrote: ‘Keep fighting it Boss, we’re all with you.’

WMHart unit posted: ‘Get well soon @PhilDolbyWMP your officers are out and about doing a fantastic job in your absence and doing you proud! 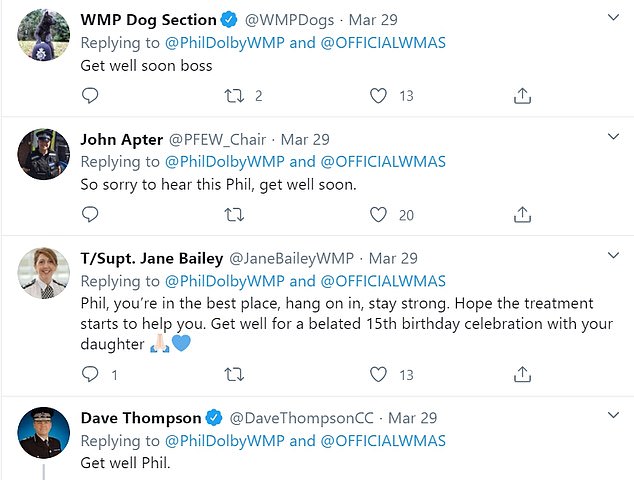 Senior officers at the force, including chief constable Dave Thompson, tweeted their get well soon messages to

And Chief Supt Chris Todd, head of Professional Standards with West Midlands Police, added: ‘You’re in good hands Phil and we’re all rooting for you! You and yours are in my thoughts.’

MailOnline has contacted the force for an update on his condition.