A team of creative police officers used their trouser belts to hoist a distressed man to his rescue after he became stranded in a quarry.

The Kent Police officers were called to a disused cement quarry in Northfleet, near Gravesend, after they received a concerned call about the man’s welfare.

Bodycam footage from one of the officers captured the rescue when the constables found the man hanging on to the side of a cliff with an estimated drop of 50 feet. 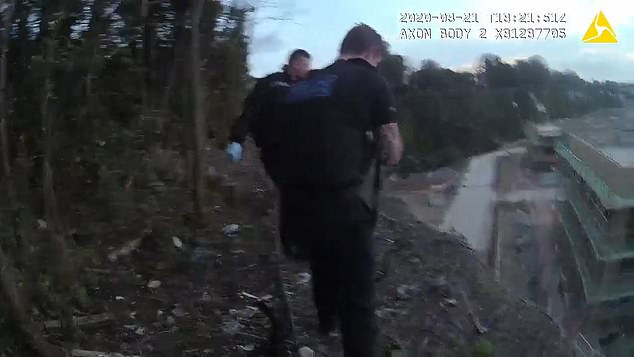 Three officers then climbed to the top and assured him he would be brought to safety.

They can be heard shouting ‘We’re doing everything we can, mate. Hold on! Hold on! You can do this, mate, come on, we can help.’

They removed their belts and linked them together before one of the constables leaned over the cliff to lower it to the man while his colleagues anchored him.

The fourth officer stood at the bottom of the cliff, ready to provide immediate first aid should the man fall. 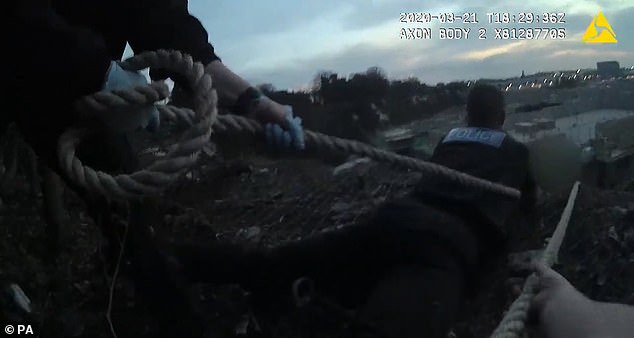 The improvised hoist was enough to hold on to the man but was not sufficient to pull him to safety.

At this point, one of the attending officers ran to a nearby address and was able to obtain a piece of rope from a resident which was then used to pull the man to safety.

As he is hauled over the edge, the officers tell him: ‘Well done, you’re safe, mate.’

The man was subsequently handed into the care of medical teams following the rescue. 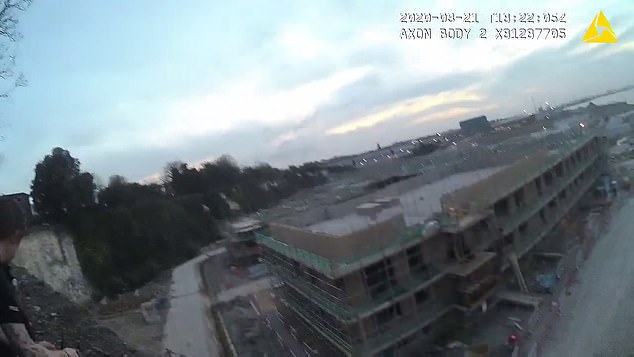 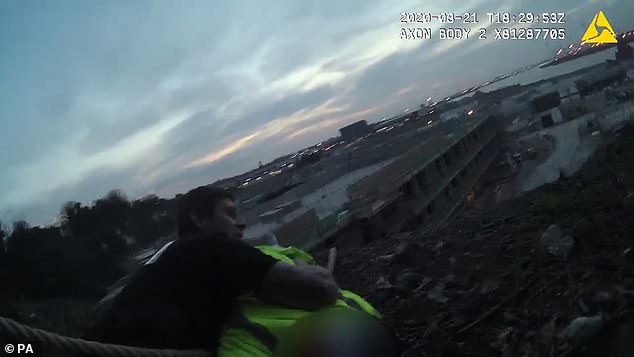 Chief Inspector Neil Loudon, Kent Police’s District Commander for North Kent, said: ‘The outstanding work of these officers doubtlessly saved the life of a vulnerable man who was in serious danger.

‘In what was a distressing situation, they remained calm and used their initiative to quickly stop an unpredictable incident turning into a tragic one.

‘I am exceptionally proud of their work, they are a credit to Kent Police and the communities they serve.’