WASHINGTON – In his first appearance before Congress, U.S. Postmaster General Louis DeJoy tried to tamp down concerns that he was making it more difficult for Americans to vote my mail in the upcoming presidential election, which many will do as the coronavirus continues to spread in their communities.

A resident of North Carolina, DeJoy told members of the Senate Homeland Security Committee that he votes by mail himself. “I think the American public should be able to vote by mail,” DeJoy told the committee. He is expected to testify before the House on Monday, as furor continues over recent changes he has overseen, including the removal of mail boxes and sorting machines, as well as the curtailment of overtime pay.

Earlier this week, DeJoy informed House Speaker Nancy Pelosi, D-Calif., that there would be no further changes ahead of the election. She called his assurances “insufficient,” telling members of the chamber to return to Washington to consider ways to prop up the U.S. Postal Service ahead of November’s presidential election.

President Trump helped create the current concern over the fate of Postal Service by admitting he wanted to hold up funds for the Postal Service in order to stop universal mail-in voting, which he believes would help Democrats. He has also repeatedly asserted–without offering any meaningful evidence–that voting by mail is subject to fraud. Those accusations come as states try to devise means for people to vote safely in a pandemic that has killed 174,000 of their fellow Americans. 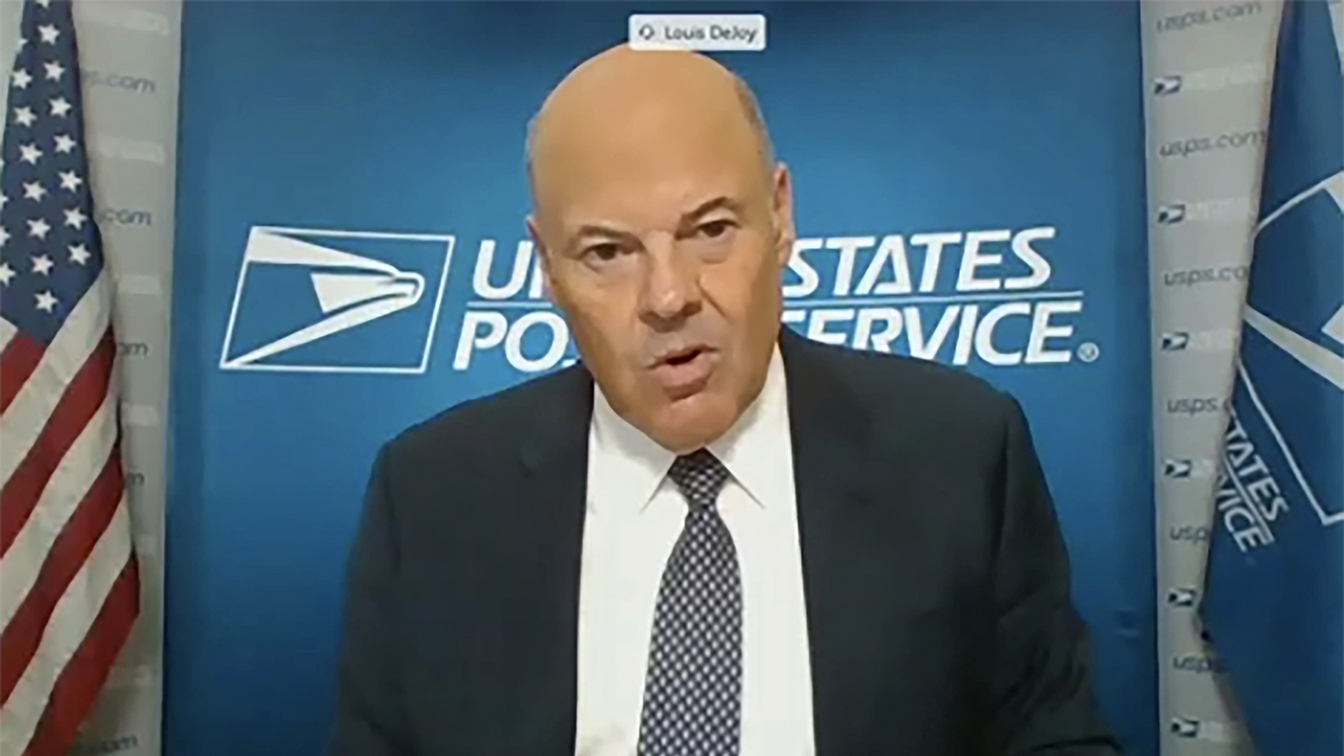 There is little debate that the U.S. Postal service is in a “deteriorating and unsustainable” situation, as the Government Accountability Office puts the matter. The GAO says that the post office “has lost $69 billion over the past 11 fiscal years,” as a result of operational inefficiencies and Americans’ changing communications habits, which rely much less on envelopes and stamps than they did in previous generations.

DeJoy arrived at the Post Office in June with no government experience, one of many Trump appointees asked to use his private-sector expertise to revive some aspect of the federal bureaucracy. A major donor to President Trump in particular and the Republican Party in general, DeJoy worried some as an overly political and insufficiently experienced pick to serve as the overseer of the nation’s entire mail system.

Little that followed dispelled those concerns among the critics of Trump and DeJoy. In early July, documents published online revealed that DeJoy was seeking to cut overtime by keeping mail carriers from waiting for late-arriving trucks. He has also removed both mailboxes and sorting machines, while purging the postal office’s senior leadership ranks.

Friday’s turn before the Senate was meant to reassure Congress, with DeJoy claiming that he was “very, very confident” that the U.S. Postal Service could meet all demand related to the Nov. 3 election. “There’s slack in the system,” he tolds lawmakers. “The postal service stands ready.” 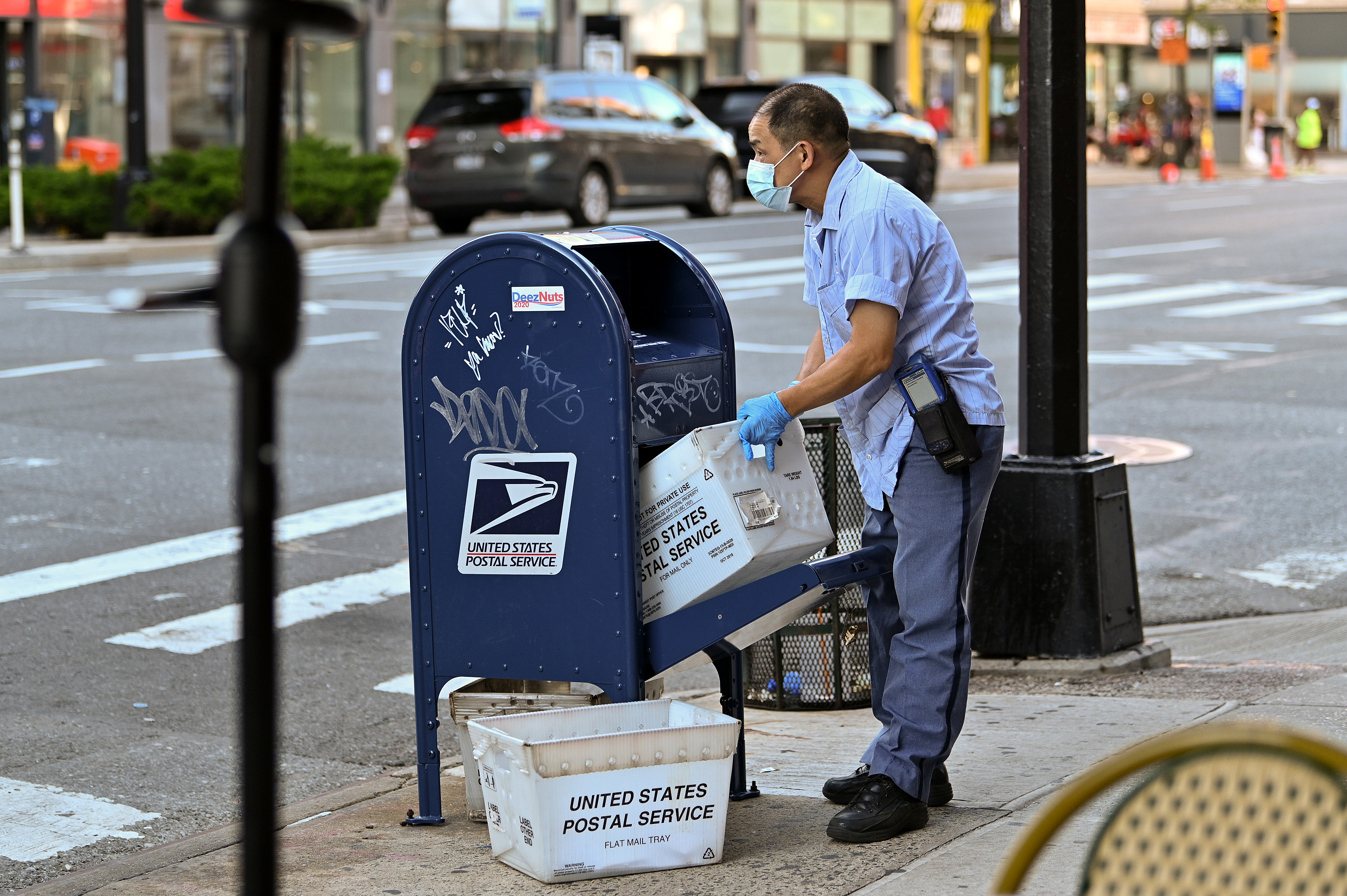 As for the removal of mailboxes and sorting machines, DeJoy depicted those moves as ongoing processes beyond his control. “I haven’t reviewed it,” he said of the mailbox removal initiative. But he also told Sen. Gary Peters of Michigan, the committee’s ranking Democratic member, that neither the mailboxes nor the sorting machines would be returned. “They’re not needed, sir,” he said.

The committee is chaired by Sen. Ron Johnson, R-Wisc., an ally of the president. In his remarks, Johnson charged that calls to his legislative offices from constituents complaining about the postal service were “highly scripted.”

“I have no doubt the Democrats are ginning these issues and these problems up into something that it’s not,” he said as the hearing came to a conclusion.

Johnson is a reliable Trump ally who similarly tried to downplay the investigation into Russia’s electoral interference in the 2016 election. He visited Moscow in 2018.

More from Yahoo News:
You don’t need the U.S. Postal Service to deliver your mail-in ballot
Trump says children are ‘almost immune’ to COVID-19. Doctors don’t agree.
Memorable moments from past conventions
Should you send your child back to school? Here’s how to weigh the coronavirus risks
How the coronavirus could change college sports forever