The Prince of Wales took a skiing trip last week to the Swiss resort where an avalanche killed one of his closest friends.

Major Hugh Lindsay, a former equerry to the Queen, died after being hit by a wall of snow and ice in Klosters on March 10, 1988.

Patti Palmer-Tomkinson, another member of the Royal ski party, suffered serious leg injuries, but the Prince and other members of the group were able to ski to safety before being airflifted off the mountain. 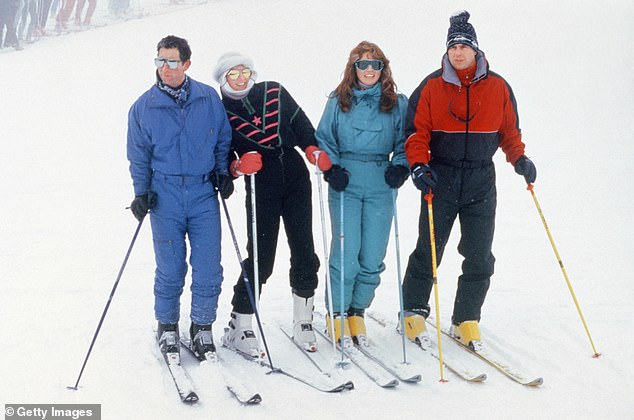 Prince Charles, Princess Diana, The Duchess of York Sarah Ferguson and The Duke of York Prince Andrew posing for photographers on their skiing holiday at the Swiss resort of Klosters

Almost 34 years later, Charles – who has recently recovered from a second bout of Covid – was back in the resort.

He had been scheduled to be off work last week, according to a source, but after his time in isolation decided to forfeit several days to ‘catch up’ on work – thus truncating his visit to Switzerland.

Charles has long had a fondness for the privacy of upmarket Klosters and, despite the tragedy in 1988, has been a regular visitor.

He was photographed there admiring the view across the Alps from a hotel balcony in 2015. 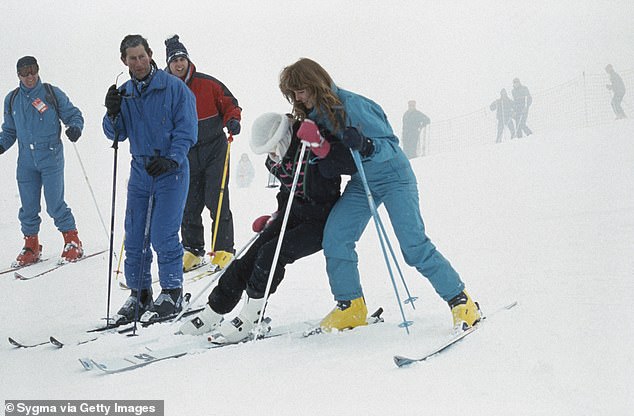 Charles has long had a fondness for the privacy of upmarket Klosters and, despite the tragedy in 1988, has been a regular visitor

On another occasion, he was seen wearing a disguise of glasses, a fake nose and moustache to avoid being spotted on the slopes.

It was in Klosters in 2005 where, eight days before he wed Camilla, a TV mic picked up his unguarded comments about BBC Royal Correspondent Nicholas Witchell.

The Prince, sitting with William and Harry, said: ‘These bloody people. I can’t bear that man. I mean, he’s so awful. He really is.’

The BBC defended Mr Witchell at the time, with a spokesman saying: ‘He is one of our finest.’