PRINCE Harry's move to America with Meghan Markle was the "best decision he's ever made" and he feels "liberated", according to an insider.

The pal said the 36-year-old prince has "no regrets" about his new life in California with Meghan, 39, and Archie. 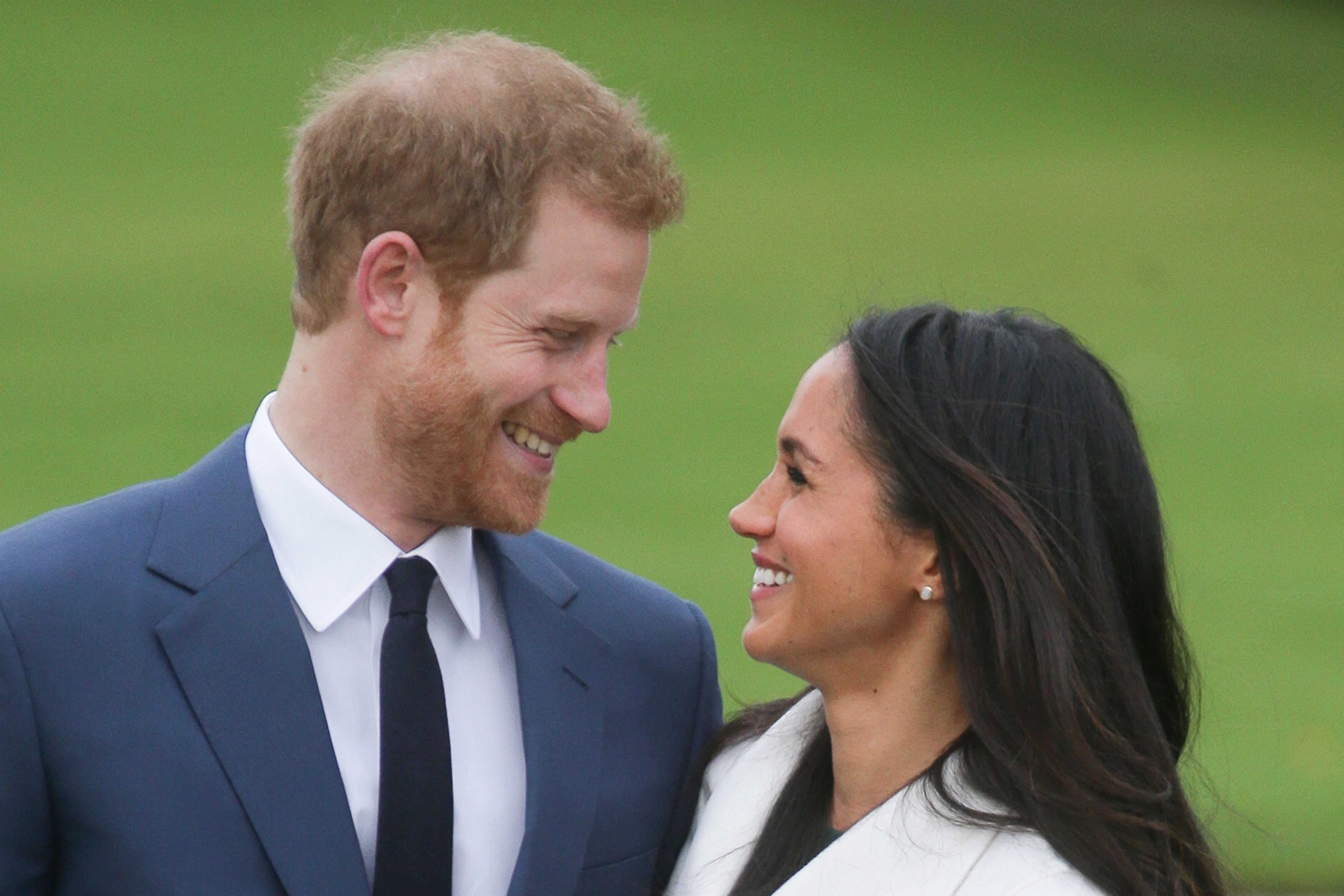 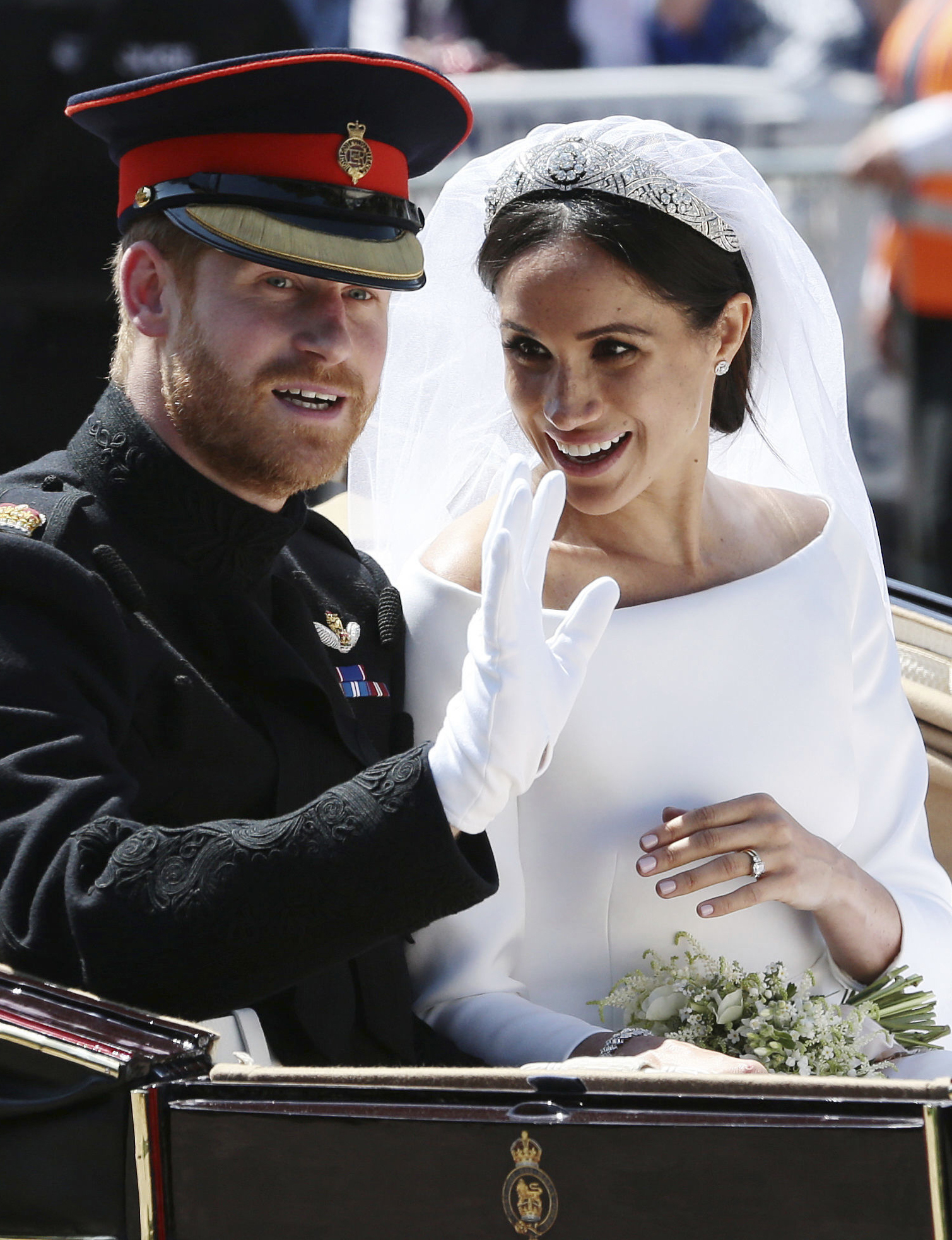 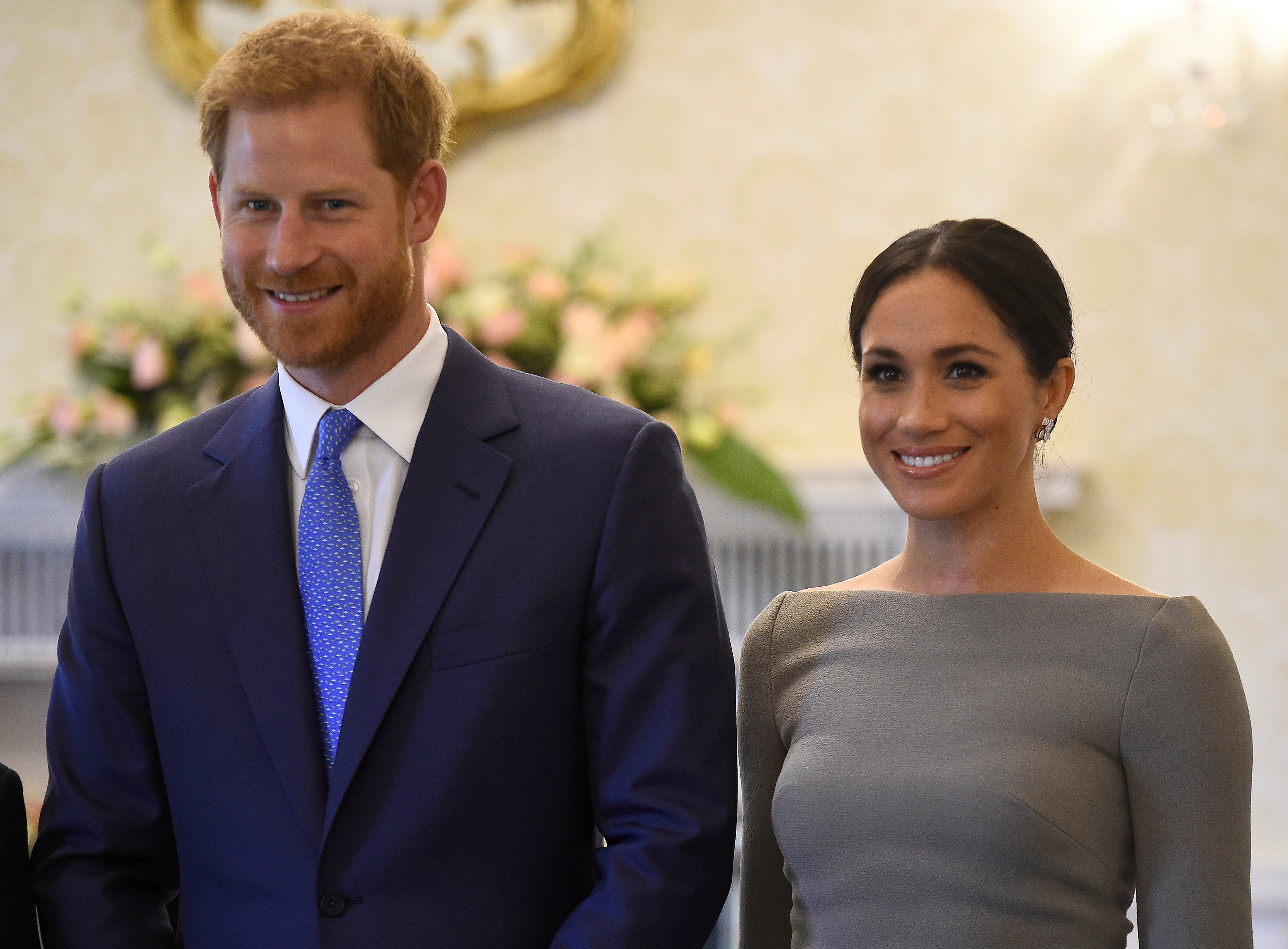 "Harry does not have any regrets," the insider told Us Weekly.

"He feels liberated and excited about starting this new chapter."

According to the source, Harry believes relocating to the United States "is the best decision he's ever made".

Although he was eager to embark on a new life, Harry hopes his relationship with the royal family will heal someday, according to the insider.

"Harry finds the situation with his family regrettable," the source claimed.

"But he says [they have] no regrets about moving… and that things are just getting started for them."

Meghan and Harry stepped down from royal duties and stopped using their HRH styles on March 31 last year.

The Sussexes, who are expecting a baby girl in the summer after a miscarriage last year, have embraced their new life in California, away from the monarchy.

They have secured lucrative multimillion-pound deals with both Netflix and Spotify and established their philanthropic Archewell foundation.

The couple bought their $14.5million Montecito estate and have said they "want proper time off" when their baby is born, according to reports. 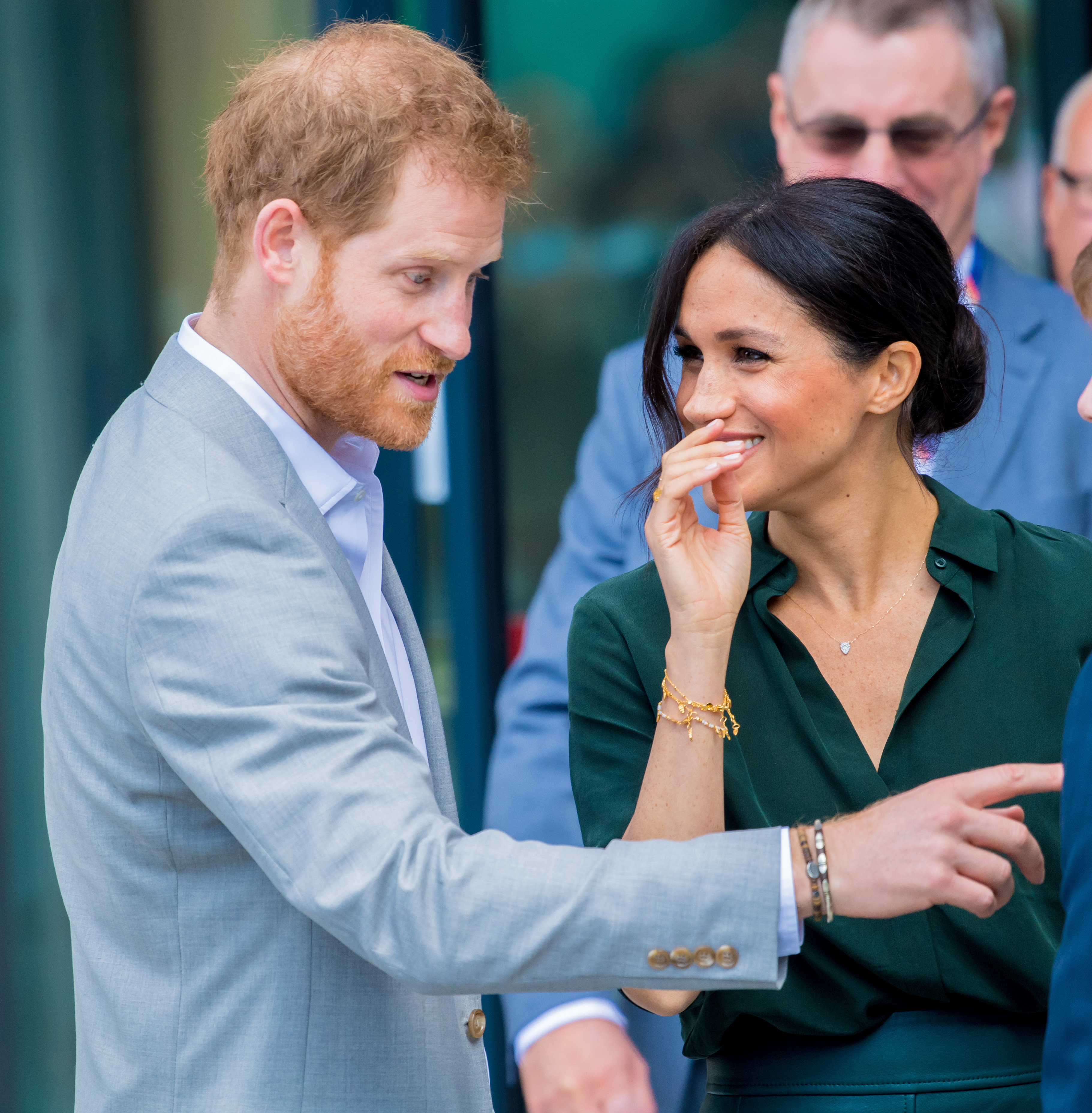 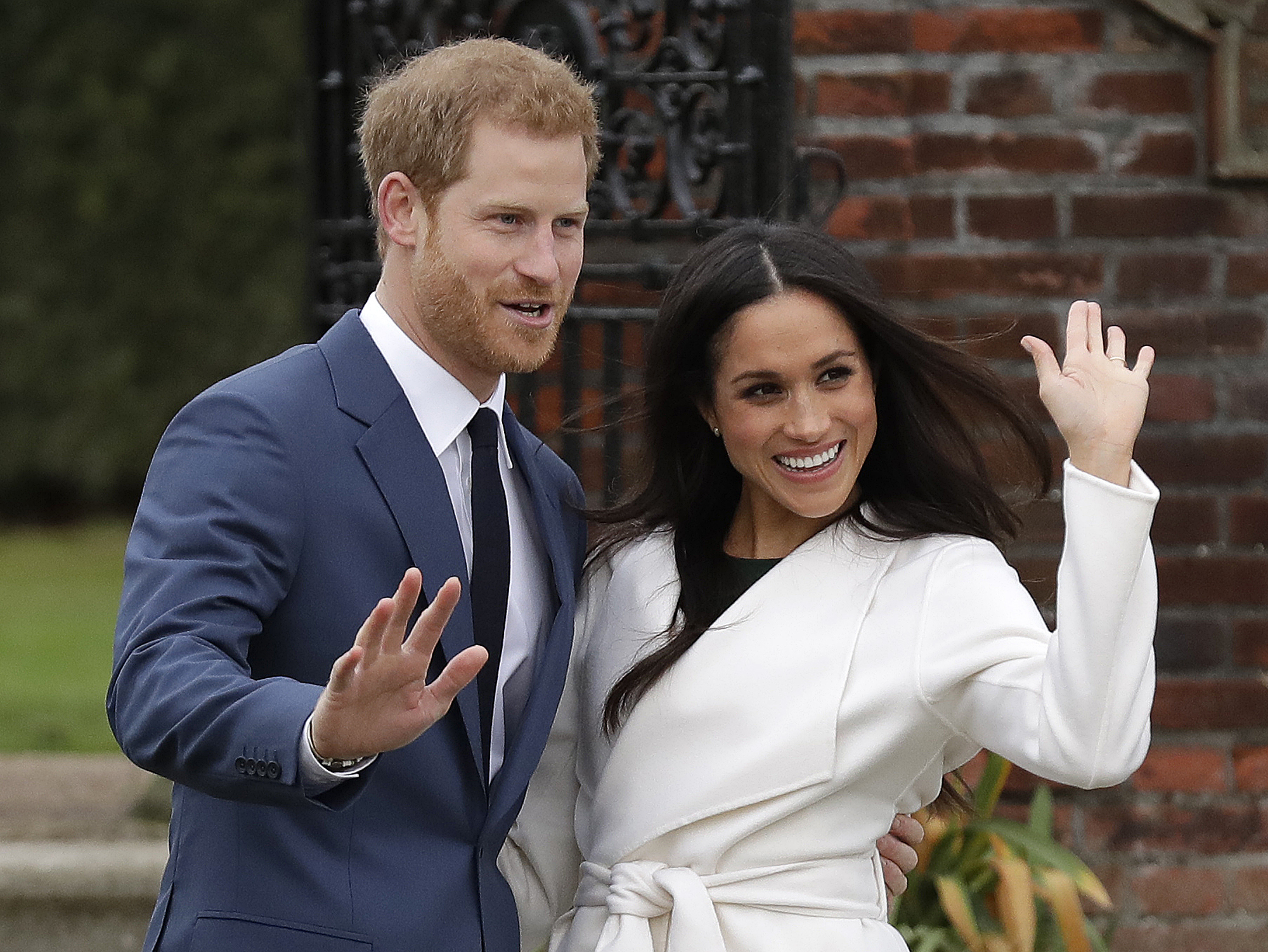 The baby girl will be the first royal to be born in the United States and sources have told Vanity Fair that the couple want to "take leave" and spend "proper time together as a family".

It comes after Harry recently revealed his new role as an executive at a Silicon Valley start-up firm.

The Duke of Sussex will be chief impact officer at BetterUp – a mental health services business worth £1.25 billion.

Harry will help promote an app used by corporate giants including Facebook to improve staff wellbeing.

Users scroll through profiles of therapists and life coaches — just like dating app Tinder — and select a match.

Alexi Robichaux, CEO of the Silicon Valley start-up, also revealed the Duke decided to drop his royal titles in the workplace – while keeping his salary and working hours a secret.

Robichaux told the BBC: "He’s been in the role for a couple of months, and we’re so excited to share the news with the world.

"We’re partners here, he likes to be called Harry in the workplace, so we just address him as Harry." 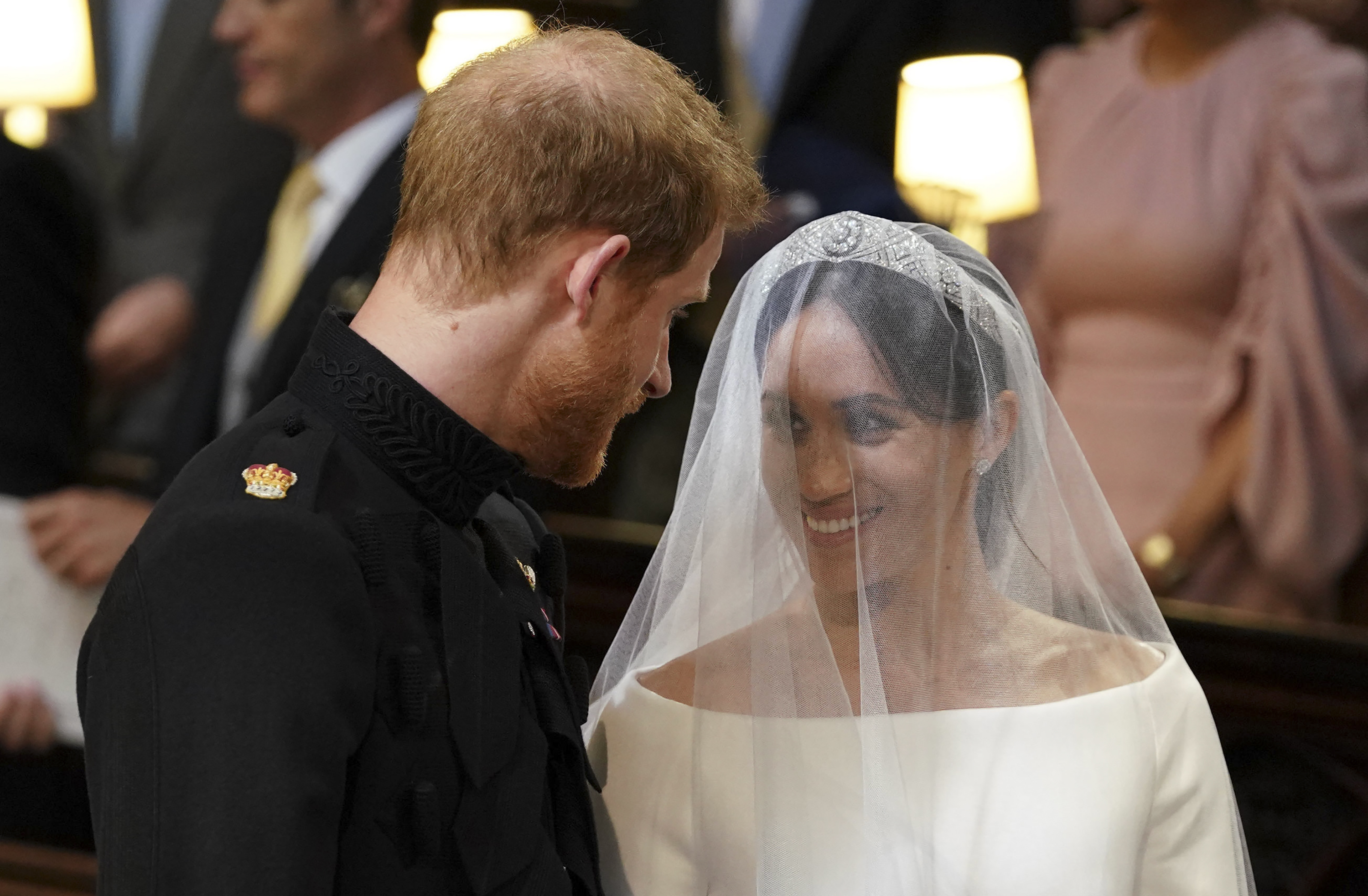 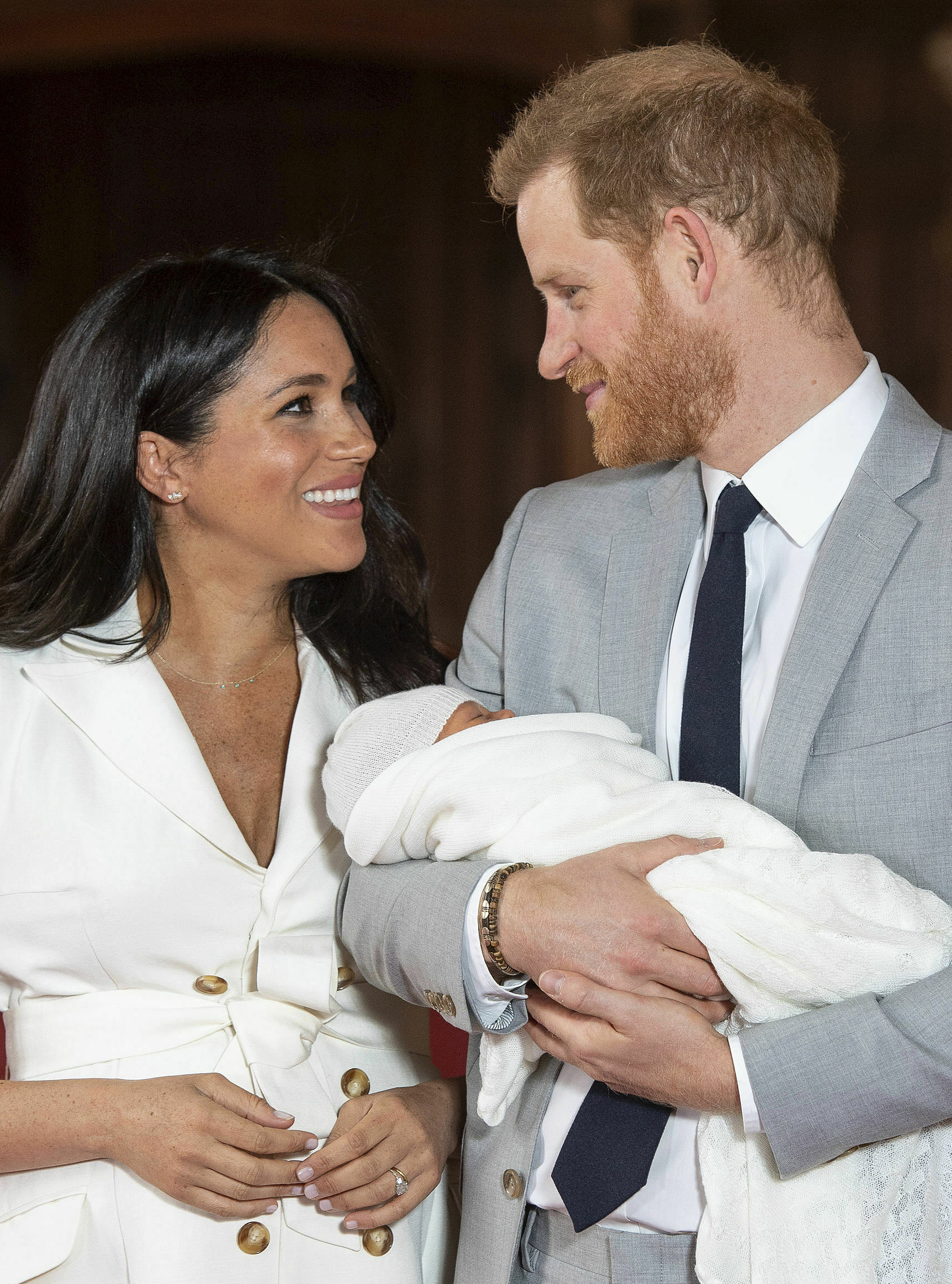 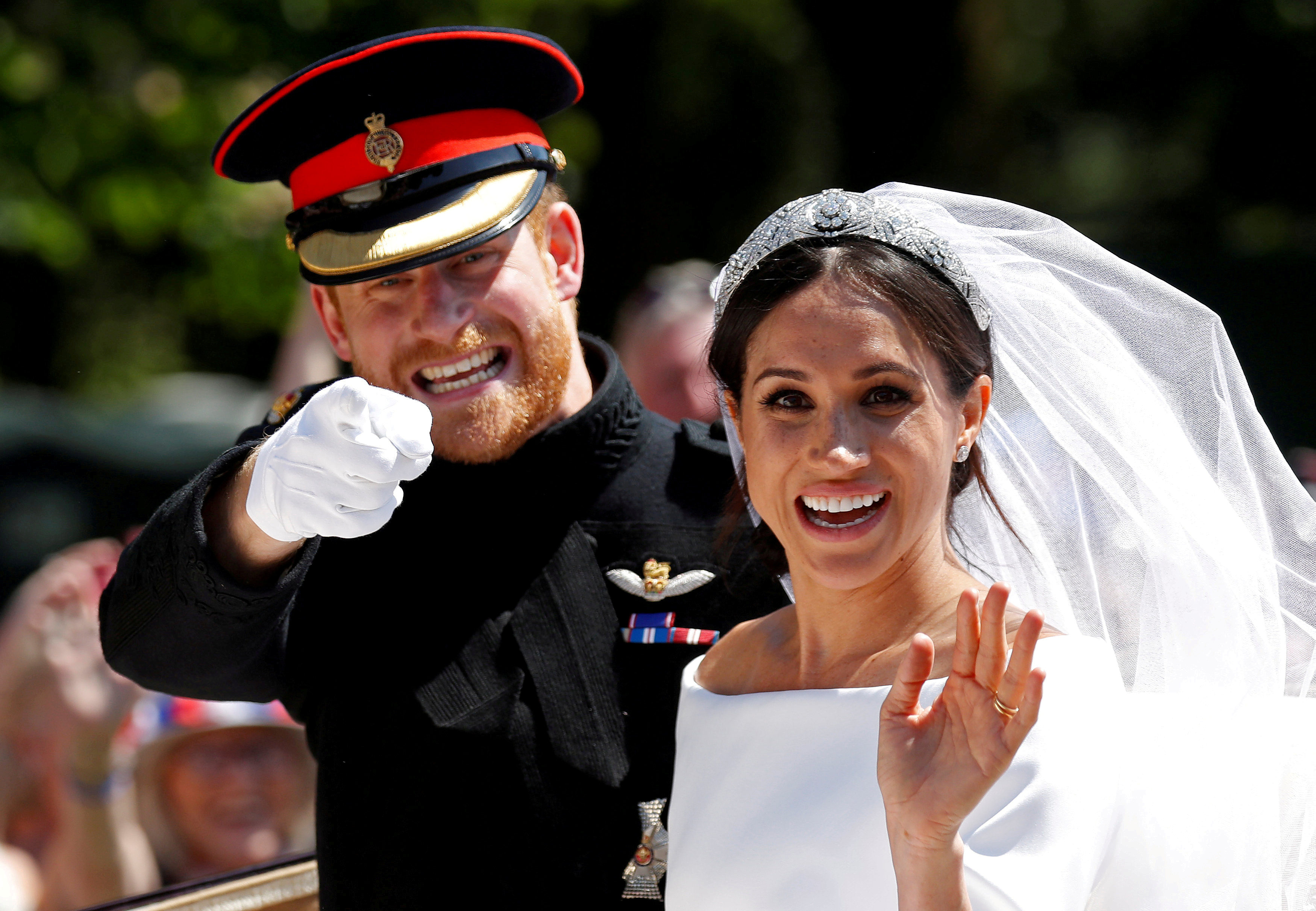 He added his team were "honoured" to have the Duke working with them in the role he took up months ago.

It comes soon after that he was unveiled as a commissioner on information disorder at the Aspen Institute, a US think tank.

Harry now has two jobs and TV and radio projects in the US, sparking questions how he obtained a visa.

But his work with Invictus Games for injured squaddies could potentially qualify him – and his recent bombshell Oprah interview earned millions for the TV industry.

Russell Myers told True Royalty TV's The Royal Beat: "There is the argument that if he is ‘Prince Harry, the Duke of Sussex’ in all the published materials for [the firm], is that trading off the royal brand which they said they wouldn’t do to uphold the values of The Queen?

"So it is very debatable at the moment. People at the Palace will be watching this very, very closely."

Royal author Penny Junor claimed Harry and Meghan have "lobbed a huge bomb" in the royal family during their first year of Megxit. 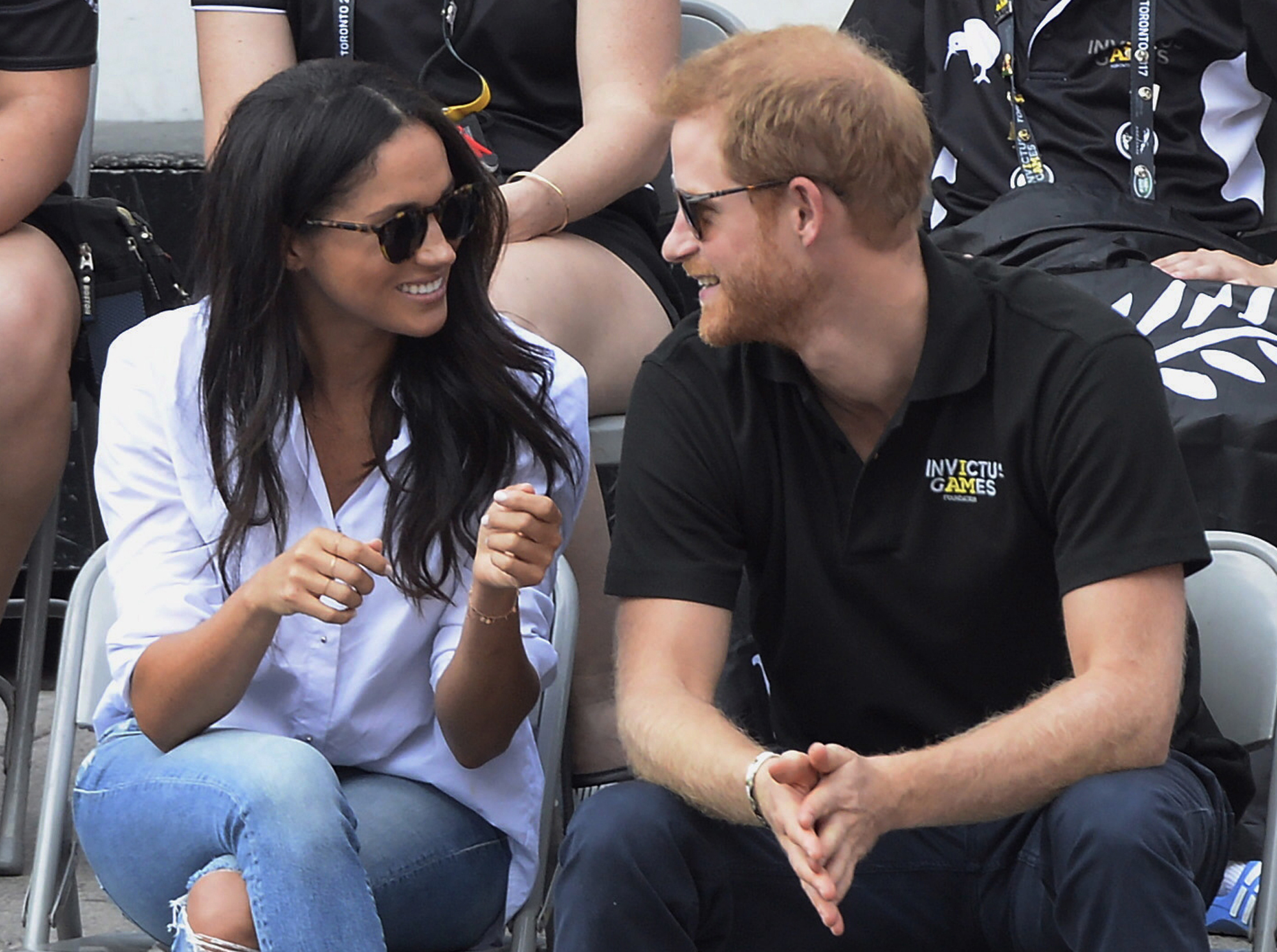 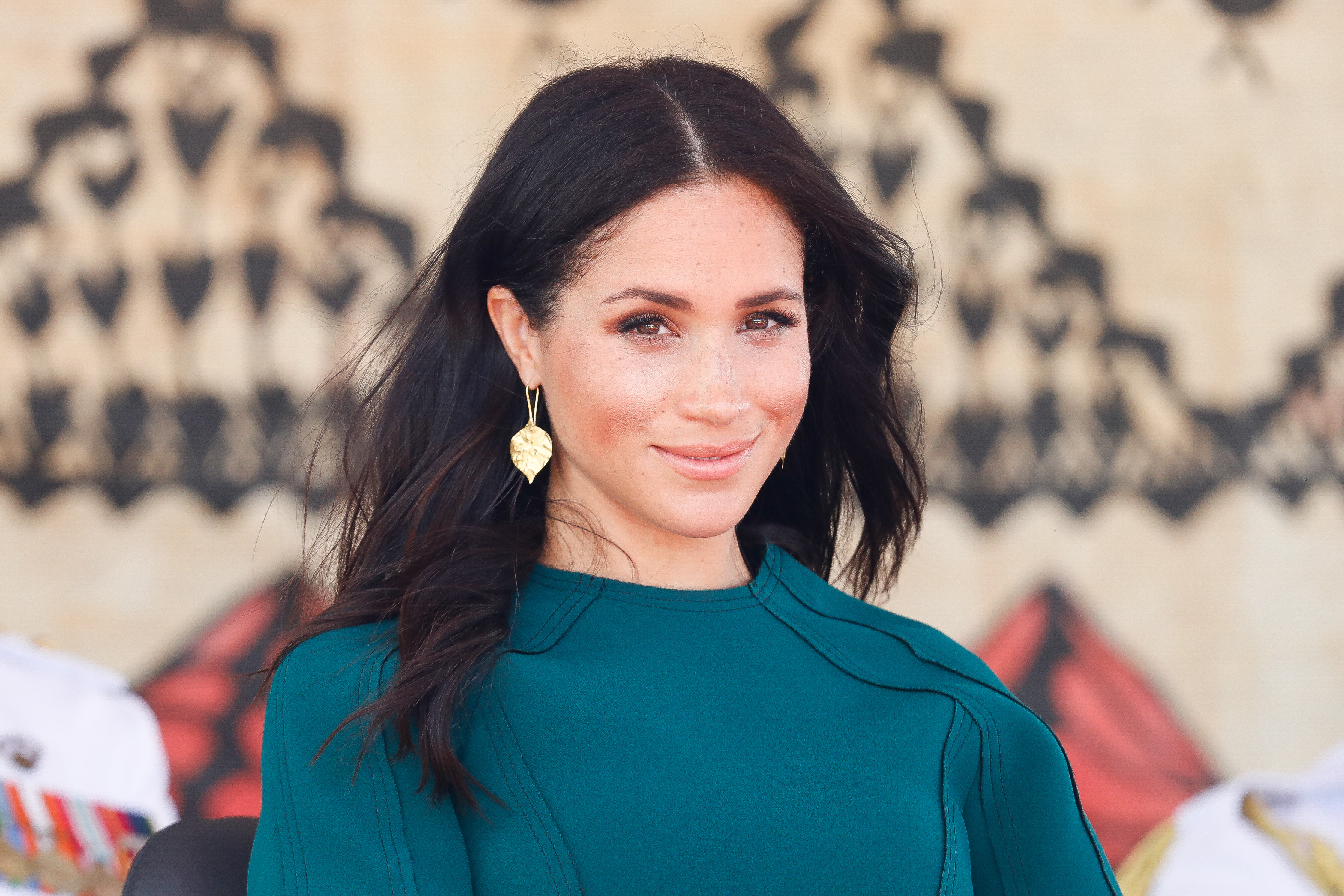 She said the bombshell allegations during their Oprah interview hit "the heart of the institution" one year after they quit royal life.

Junor, author of Prince Harry: Brother, Soldier, Son, Husband, said: "When Harry and Meghan left a year ago people were surprised and disappointed because they were a great pair.

"Harry was a hugely popular royal and Meghan was a great asset to the family.

"A year on, I think a lot of people are really angry and think that they have betrayed their family and lobbed a huge bomb into the heart of the institution and sort of taken a swipe at the UK as well."

The Sussexes' explosive interview with Oprah Winfrey hurled the Royal Family into one of its worst crises for generations earlier this month.

Meghan said an unnamed royal – not the Queen nor the Duke of Edinburgh – raised concerns with Harry about how dark their son Archie's skin tone might be before he was born.

The duchess also told how she "didn’t want to be alive anymore" and had suicidal thoughts during her time as a royal – but was not supported by the institution when she begged for help.

Harry said he felt "let down" by his father the Prince of Wales, cut off financially by his family in the months before Megxit, and shared his shock at losing his taxpayer-funded security.

Harry also claimed William and their father were "trapped" by their royal responsibilities.

The interview was aired while 99-year-old Prince Philip was in hospital recovering from heart surgery.

Following Meghan and Harry's Oprah chat, the Queen issued a statement saying that the issues raised would be dealt with privately as a family, but that "some recollections may vary".

Buckingham Palace is also considering appointing a diversity tsar to help assess and improve representation across the royal household.