PUB landlords have demanded that the two-metre social distancing rule is halved because it could leave over 37,000 boozers unable to open.

The industry’s largest trade association has said the majority of pubs could open if the rule is changed, but that 80 per cent would otherwise stay closed. 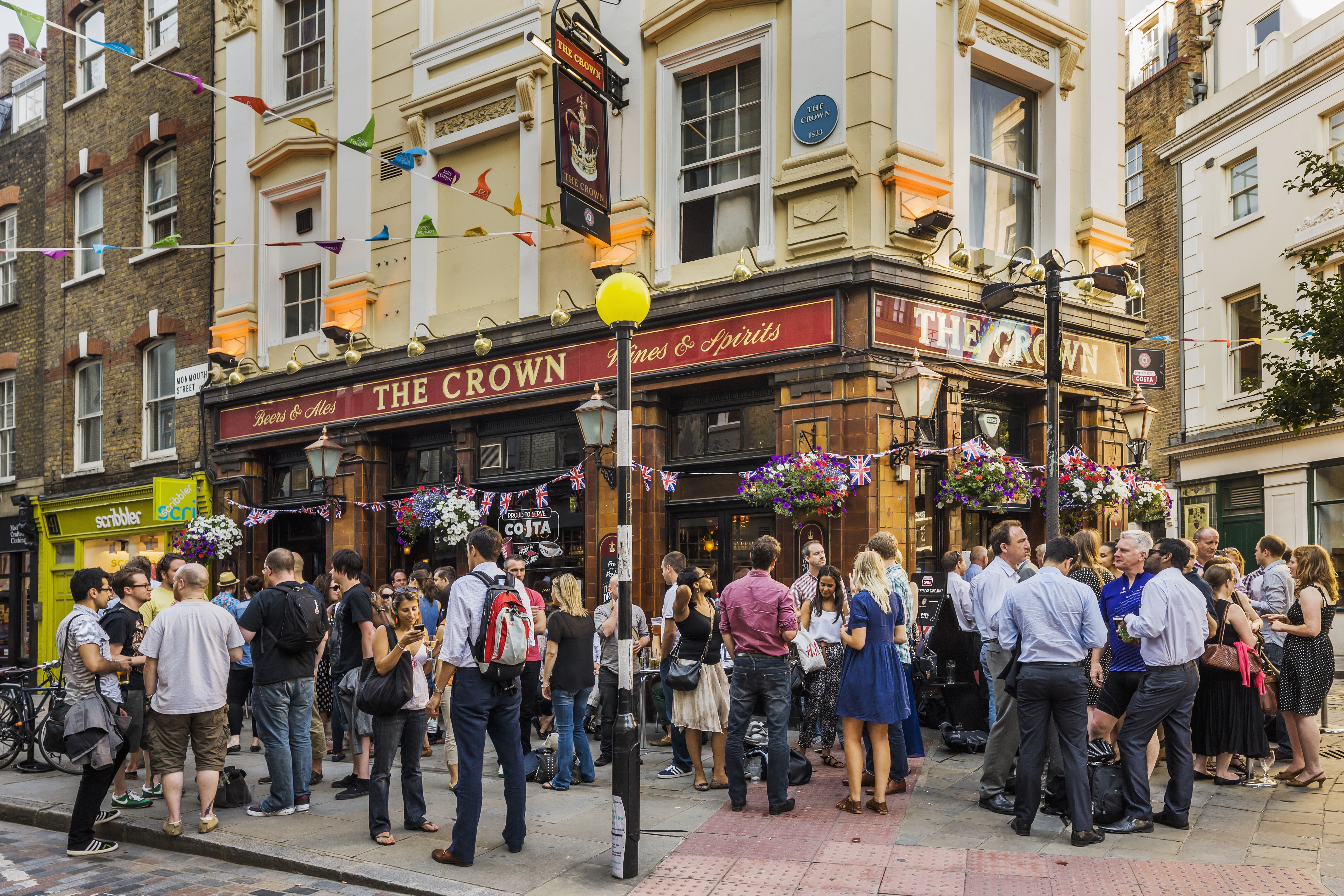 Industry leaders have claimed that companies will be bankrupted if staff and customers have to keep two metres apart.

Ministers have said that some areas of the hospitality industry could start to open in July, but that social distancing measures will be implemented.

George Eustice, the environment secretary, said government was “working with the hospitality and pub sector to identify what social distancing measures they might be able to put in place”.

This could see only large pubs or those with gardens allowed to reopen.

The sector’s largest trade body, however, has warned this would wreak havoc on the industry.

Emma McClarkin, chief executive of the British Beer and Pub Association, told The Times that “at two metres you’re probably looking at only 20 per cent of pubs being able to operate.”

It becomes extraordinarily difficult without some flexibility in the guidelines. There are pubs that haven’t even got a two-metre radius around the bar so that rules them out.

Ms McClarkin noted, however, that a one-metre rule “would put the majority of pubs back in play”.

She added: “It becomes extraordinarily difficult without some flexibility in the guidelines. There are pubs that haven’t even got a two-metre radius around the bar so that rules them out.”

The UK and Spain are the only European countries using a two-metre rule, with the World Health Organisation recommending one metre.

David Moore, the owner of Michelin starred Pied à Terre in London, said the current rule “would be a disaster” for the industry.

He said that the government should “trust operators to get it right, we don’t want to endanger our team or our customers.”

Proposals to reopen the sector were released by UKHospitality yesterday.

The 75-page document said that drinkers will be banned from standing at bars, and suggested that restaurants get rid of salt and pepper shakers.

Their recommendations also included using contactless ordering through an app, staff wearing masks and gloves and social distancing signage on the walls and floor.

It comes as some pub owners have started serving booze in takeaway glasses and bottles.

Pictures posted on social media show people downing their first drinks from their locals since pubs and bars were closed on March 20. 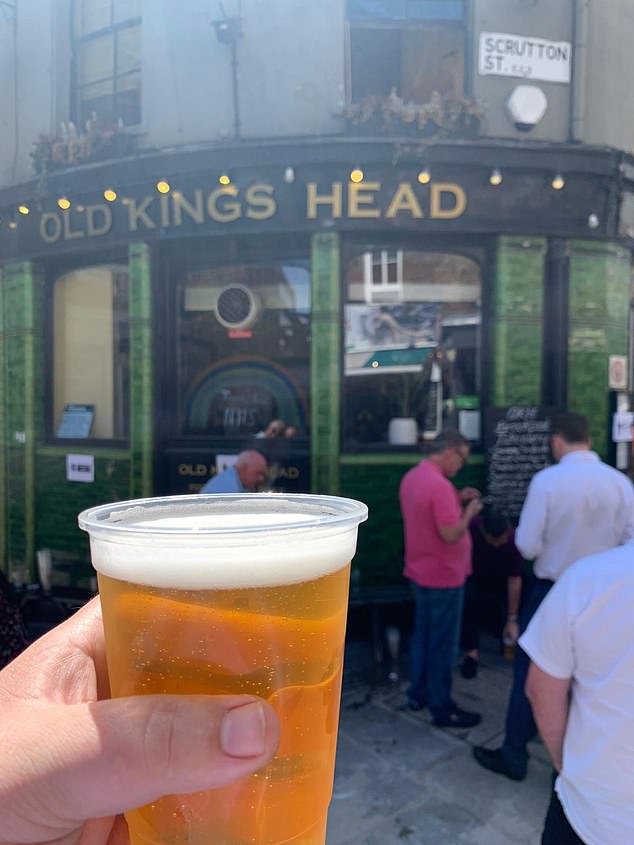 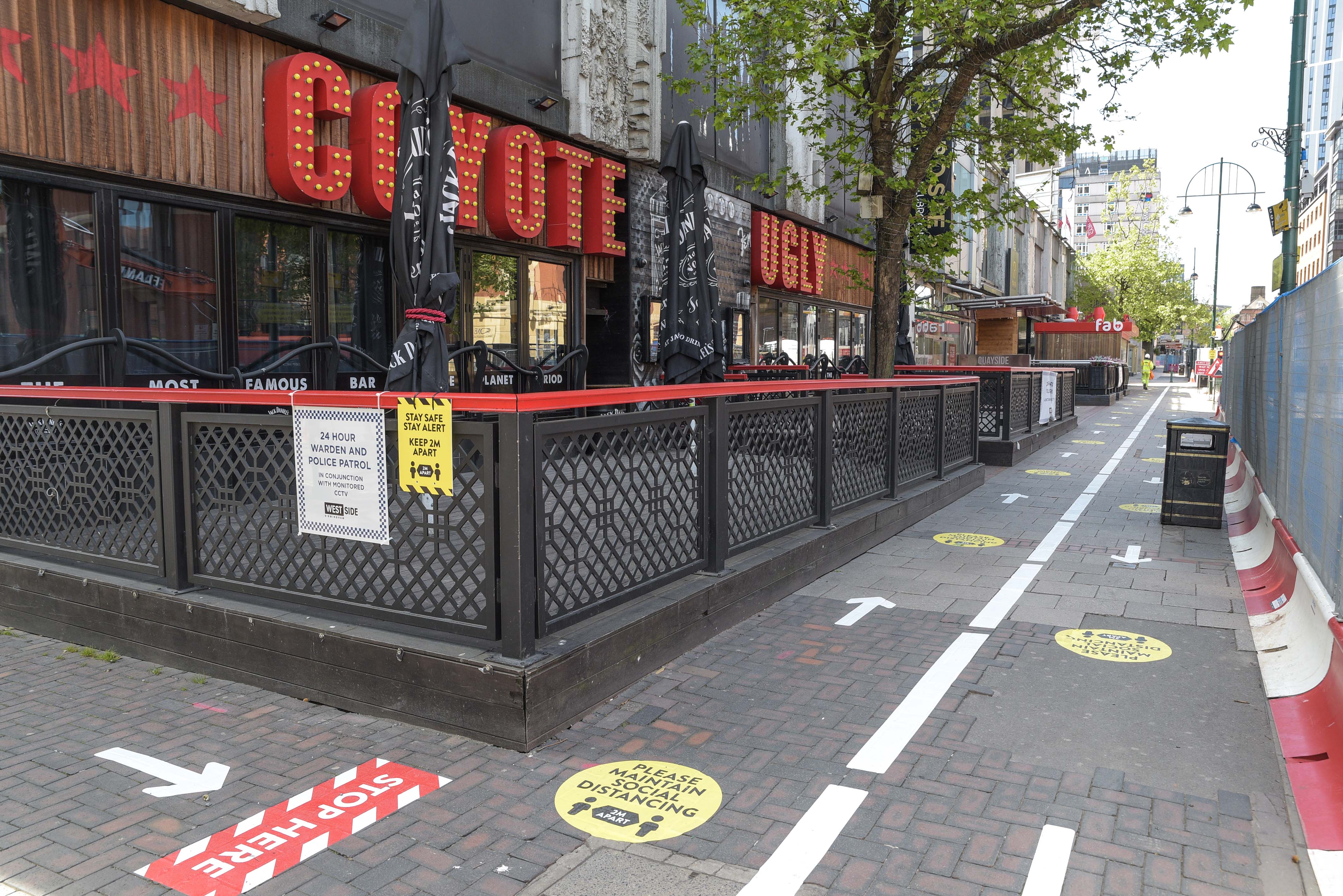