A radio hijacker who stopped vessels receiving directions as they approached port by transmitting music, racist abuse and threats to make a bomb on the frequency used by maritime authorities has avoided jail.

Charlie Vaughan, 25, spent three months disrupting communications for vessels sailing into and out of Southampton port.

He sent messages including ‘enjoy the bomb’, ‘I am going to blow up your ship’ and ‘I am going to cut your throat’, as well as racial slurs against Polish, Chinese and black people.

Port authorities were forced to give vessels directions via mobile phones and, at one point, had to send a tug boat to pull a 1,000-foot cargo ship, one of the largest in the world, into port.

Vaughan, who is unemployed and supported by his partner, was only stopped when he was traced by Ofcom engineers.

He pleaded guilty to a charge of sending malicious electronic communications at Southampton Crown Court and was sentenced to 18 months in prison, suspended for two years. This included a six-month sentence for assaulting two emergency workers on April 29 last year. 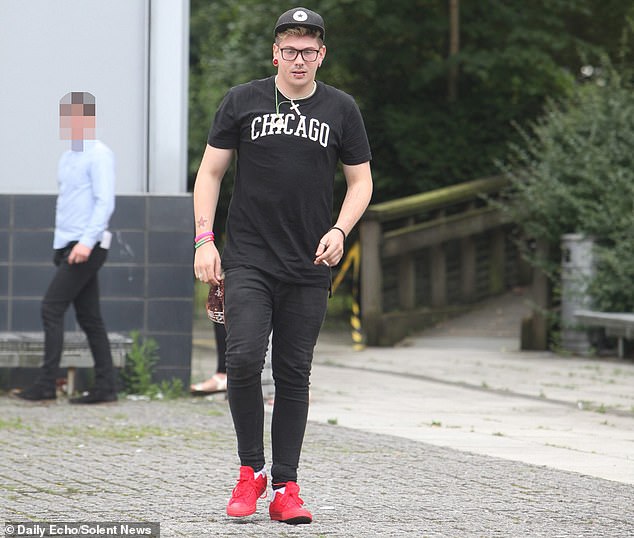 Charlie Vaughan, 25, spent three months sending nuisance messages over the frequency used by Southampton port authorities to communicate with vessels before he was caught. He pleaded guilty to a charge of sending malicious electronic communications and received an 18-month sentence suspended for two years 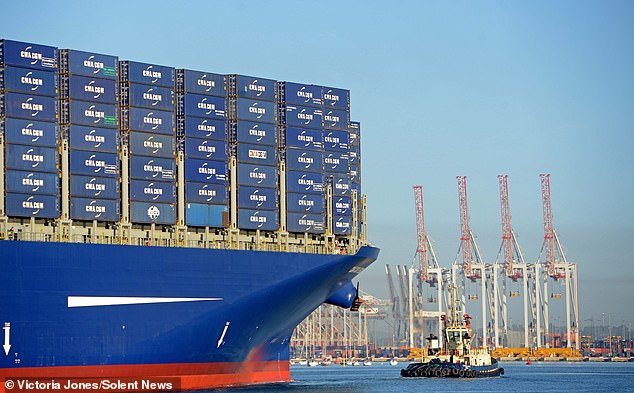 The court heard how his actions could have easily caused a ships to sink, collide or led to people getting killed.

He sent more than 400 messages over the maritime channels between April 1 and June 27 this year.

He was only traced after Ofcom engineers got involved, and spent more than 450 hours trying to locate the source of the signals.

Sentencing him Judge Gary Burrell QC said: ‘This is a very, very serious case. It endangered the safe navigating of ships on the Solent.’ 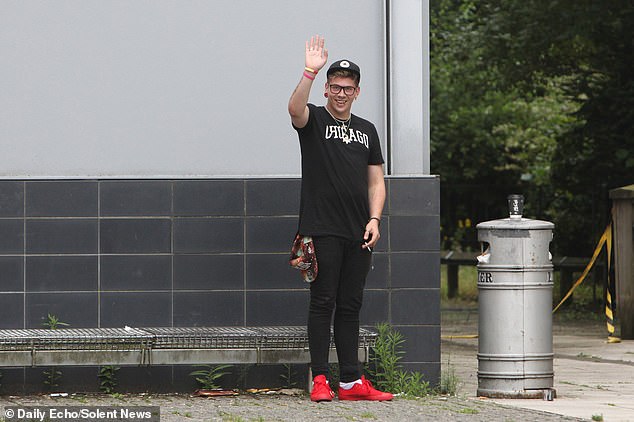 Vaughan is unemployed and supported by his partner. The court how he could have easily caused a ship to sink, collide or caused people to get killed

When he was arrested, police found him lying on his bed surrounded by three handheld radios. He had been given two by his partner as a birthday present.

He also had a selection of radio user guides and manuals.

A statement from Vaughan read on his behalf said: “Sorry. I really am sorry for the upset I have caused.”