A BLIND drunk recruit at a military training college has been branded “Mr Idiot” by police after picking a fight with an attack dog – and losing.

The rookie engineer kicked a female German Shepherd, called Indie, after cops caught him trying to break into a house in the sleepy village of St Athan, in south Wales. 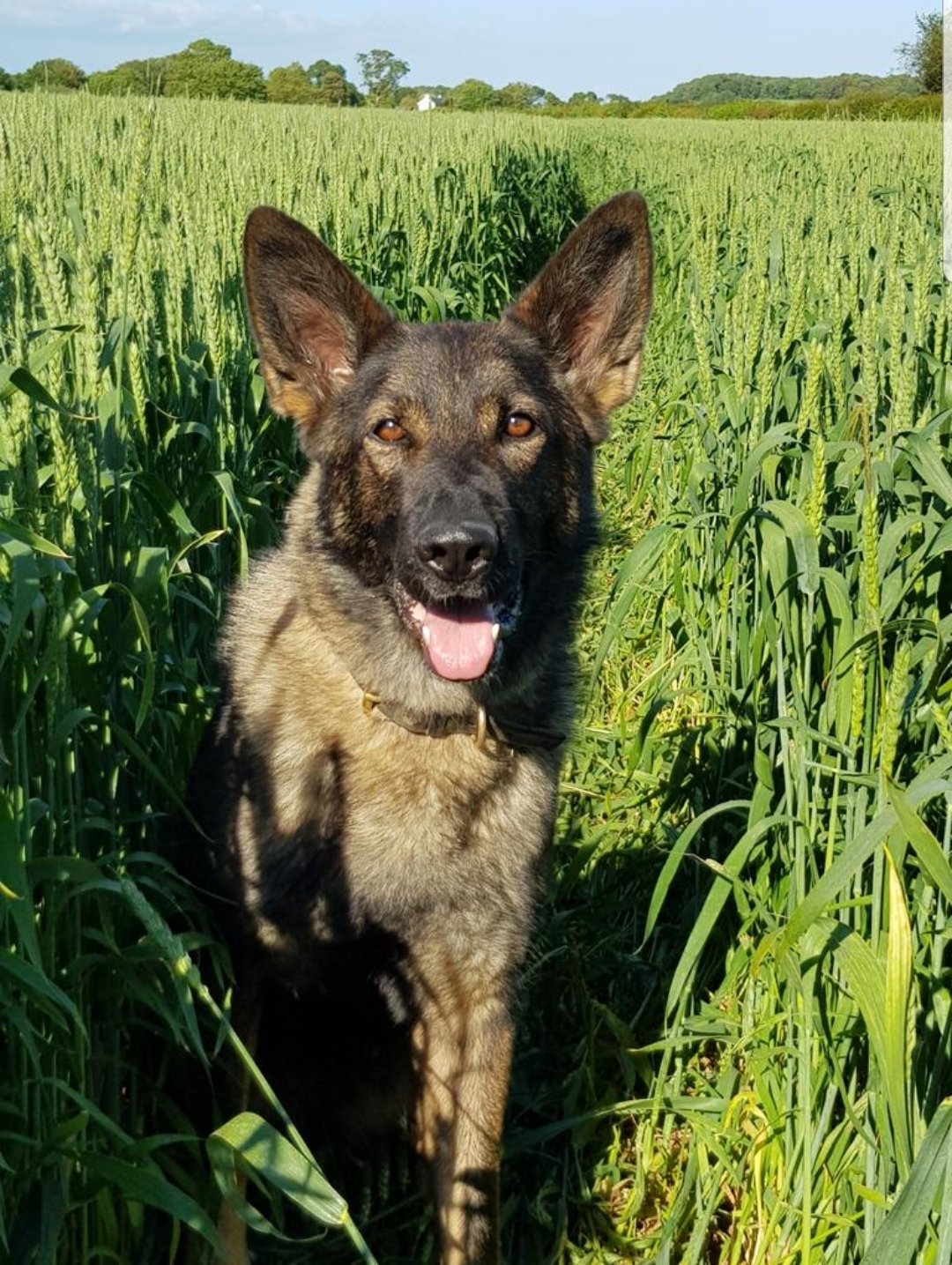 The RAF serviceman was arrested under Finn’s Law, which came into force last year and made it an offence to attack service animals, including dogs and horses.

The airman had been on a drinking binge with pals at the nearby MoD St Athan base, when he staggered into town and went house to house to house, trying to force open strangers’ front doors.

“Normally, just having a dog is enough to calm things down, but not this time,” the source added.

Indie didn't flinch, she rarely does. And [she] made sure Mr Idiot knew he'd made a poor choice.

“The handler told the man to lie down, but he clenched his fists and strode straight towards Indie.”

In a message posted on Twitter, the dog unit said they were assisting South Wales police in St Athan when they “came across an idiot”.

“We know he was an idiot because he KICKED Indie,” they added, followed by a red-faced emoji spilling expletives.

The engineer, originally from Lanarkshire, kicked the four-year-old dog in the chest.

“Indie didn't flinch, she rarely does,” the dog unit added. “And [she] made sure Mr Idiot knew he'd made a poor choice.” 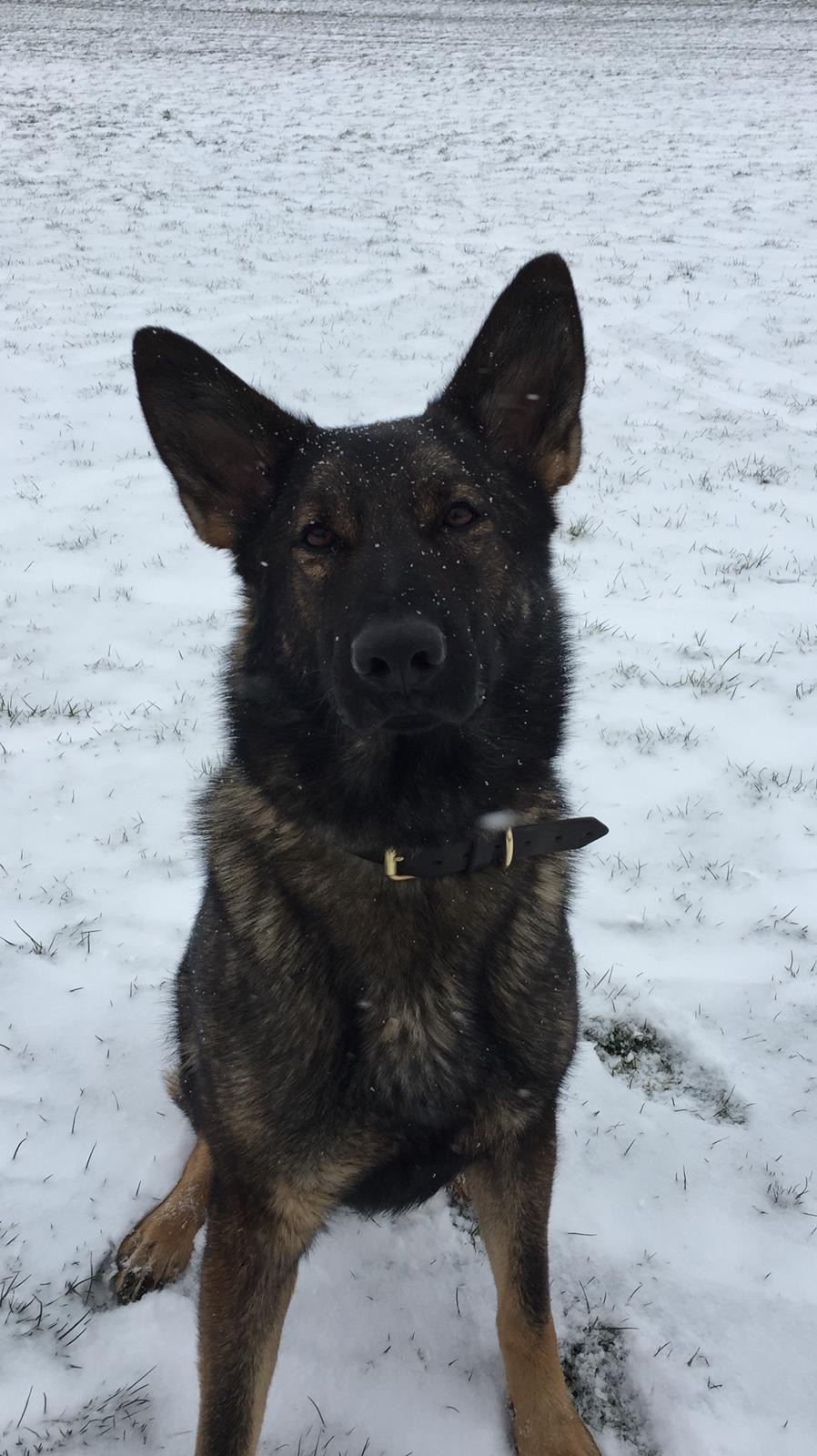 Using emojis, they spelt out dog equals shark. The hero hound had already saved two people’s lives and detained a suspect with a knife since she entered service two years ago.

Police said the 22-year-old man was also arrested on suspicion of burglary and for assaulting a service animal under the animal welfare act and released pending investigations.

The RAF said it was aware, "that a Service person from MOD St Athan was involved in an incident, arrested and later released without charge.”