The shock move comes after the cost of operating each electrical train surged by more than 200 per cent between September and October – with one company reportedly seeing a £8million increase in costs.

According to the Rail Freight Group (RFG), firms – as well as consumers – simply cannot absorb the increase in costs.

RFC said in a statement: ‘The current significant increase in the wholesale cost of electricity for haulage means that some operators have had to take the regrettable decision to temporarily move back to diesel locomotives.

‘A 200% increase in electricity costs for each train cannot be absorbed by the operators, or customers, and so necessary action is being taken to ensure that trains can continue to operate delivering vital goods across the country.

‘Our members are assuring us that this is a temporary measure and will be kept under constant review.’

The statement added that rail freight emits 76% less CO2 than road freight ‘even with use of diesel locomotives’.

Unions are furious that parts of the rail industry feel forced to return to diesel use. 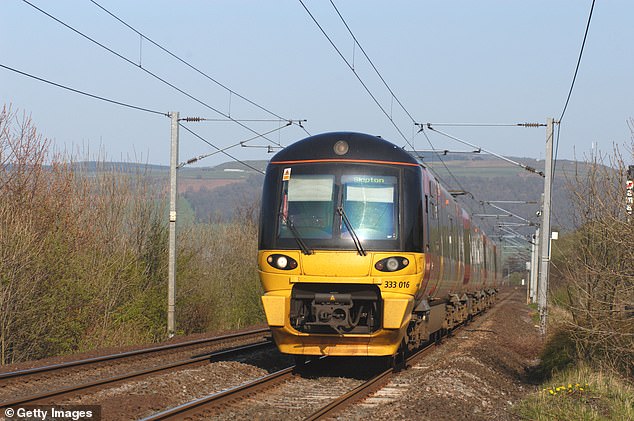 According to the Rail Freight Group (RFG), firms – as well as consumers – simply cannot absorb the increase in electricity costs (file photo)

General Secretary of the The National Union of Rail, Maritime and Transport Workers (RMT) Mick Lynch said: ‘As COP26 approaches the Government have to step in to stop this carnage on our railways.

‘With the road haulage industry already in turmoil, and with the threat of empty shelves this Christmas, we should be encouraging the use of rail freight not battering it into submission with electricity charges that will add millions of pounds to rail freight companies’ bills, with one operator reporting an £8million increase in costs.

‘It’s a nonsense that it will be far cheaper to run dirty, polluting diesel units rather than the clean electric alternative.

‘The government cannot wash their hands of this and must step in to support the green rail option before it’s too late.’

A spokesman for freight operator Direct Rail Services said: ‘Our fleet of locomotives offers the flexibility to adapt to changing market conditions while maintaining a safe, secure and reliable service.

‘That might mean we change the type of traction we use on our train services in response to temporary fluctuations in energy prices.’

He added that the firm is ‘committed to low-carbon rail freight’.

Another operator, Freightliner, told magazine International Railway Journal it had taken the ‘difficult decision’ to replace their electric services with diesel locomotives ‘in order to maintain a cost-effective solution for transporting essential goods and supplies around the UK’.

It said in a statement: ‘As a result of soaring prices on the UK’s wholesale electricity market, the price Network Rail charges us to operate electric train services has increased by more than 210 per cent between September and October. 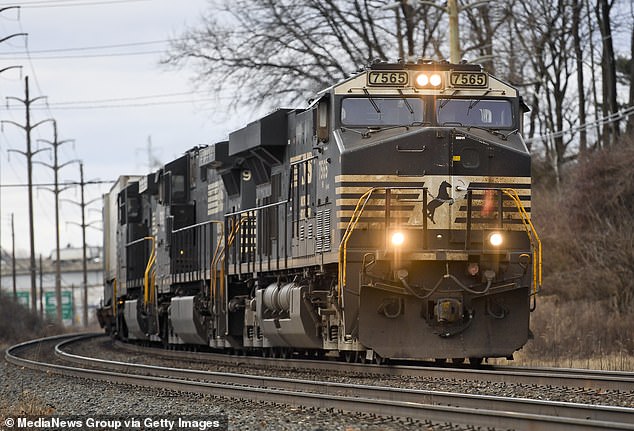 ‘This unprecedented rise in electricity charges has resulted in a sharp increase in the cost of operating electric freight services.

‘As a result, Freightliner has taken the difficult decision to temporarily replace electric freight services with diesel-hauled services, in order to maintain a cost-effective option for transporting vital goods and supplies across the UK.’

Industry body the Rail Delivery Group said some train operators ‘may need to take short-term action to afford their bills’, but many firms join forces to buy electricity in bulk to protect themselves from sudden price rises.

The maximum price of approximately 80% of the total electricity used to power trains in Britain is fixed until around April 2024.

A Network Rail spokesman said: ‘Electricity costs for Network Rail and passenger operators were negotiated some time ago and are fixed for this year and most of next.

‘A few operators, however, are subject to the current market wholesale price of electricity that Network Rail passes on directly at cost.

‘Despite this, rail remains the most carbon efficient means of moving large quantities of both freight and people around the country.’

Office of Rail and Road figures show 422 kilotonnes of CO2 equivalent emissions were made by diesel locomotives in the year to March 2021.