Britain’s roads are like ‘the surface of the moon’ after record rise in pothole-related breakdowns, RAC says

Britain’s roads are like ‘the surface of the moon’ after a record rise in pothole-related breakdowns, according to the RAC.

The automotive services company received 4,694 call-outs for vehicles likely damaged by potholes between January and March.

That was a three-fold increase on the total of 1,461 during the final three months of last year, representing the breakdown rescue firm’s largest rise between quarters.

Some 2.4 per cent of all call-outs attended by its patrols between January and March were for pothole-related issues such as distorted wheels, broken suspension springs or damaged shock absorbers. 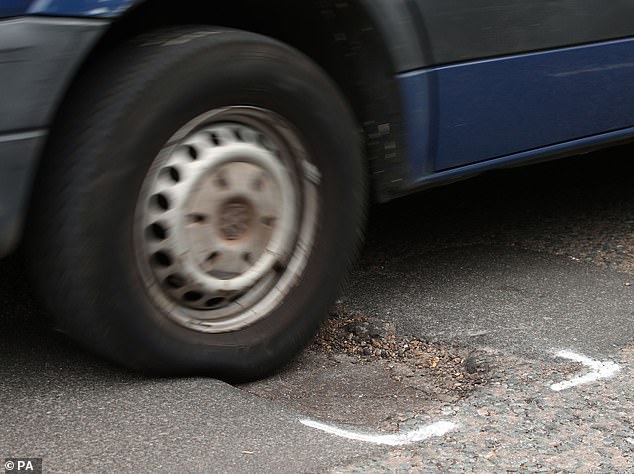 The automotive services company received 4,694 call-outs for vehicles likely damaged by potholes between January and March (file photo of a car passing over a pothole)

RAC head of roads policy, Nicholas Lyes, described many roads as being in a ‘desperate state’, which indicates that some councils are ‘simply patching up potholes rather than fixing them properly’.

He added: ‘Many drivers are finding themselves having to use roads that in places better resemble the surface of the moon.’

Mr Lyes said the particularly cold start to the year caused ‘extensive damage’, as potholes are formed by water seeping into cracks and expanding when frozen.

It was the coldest January across the UK since 2010, with an average temperature of just 2.2C (40F), according to the Met Office.

Mr Lyes also reiterated calls to give local authorities ring-fenced funds over a five-year period for longer-term road maintenance, urging the Government and councils to ‘commit to doing something differently’.

A spokesman for the Local Government Association said: ‘Despite the pandemic, councils have been working hard to repair our roads, fixing a pothole every 19 seconds as well as supporting an increase in other infrastructure through temporary road measures. 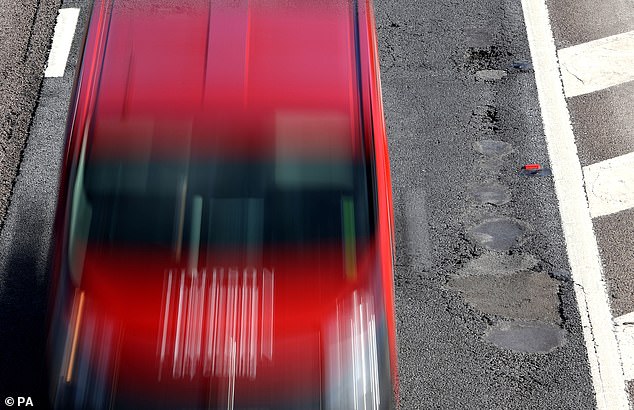 RAC head of roads policy, Nicholas Lyes, described many roads as being in a ‘desperate state’, which indicates that some councils are ‘simply patching up potholes rather than fixing them properly (file photo)

Wiltshire Council spends the most on pothole repairs, but what about the others?

The top ten spenders were:

The lowest spending local authorities were:

‘Councils want to continue to improve our roads and deliver the infrastructure improvements that allow people to move around in less carbon-intensive and more sustainable ways.’

A report by trade body the Asphalt Industry Alliance published last month stated that councils in England and Wales would need to spend a total of £10billion over a decade to bring all their pothole-plagued roads up to scratch.

Additionally, a study from March suggested that average repair bills linked to vehicle damage caused by potholes costs more than £140, with more than one in ten having to hand over in excess of £250 to have their motor fixed.

Almost a third of all motorists polled by Citroen UK said they have had to take their car to a garage to be fixed after clattering through a pothole in the past.

In a survey of 2,000 UK drivers, 32 per cent said their car had been damaged after hitting a pothole.

The average repair cost for the damage was £141.95, although 11 per cent of the licence holders polled said they had spent more than £251 on getting their car back on the road.

Nearly a quarter of those with vehicle damage said they had tried to claim back the cost of the repairs from their local council, while 42 per cent of the motorists quizzed said they wished their vehicle had better suspension to help deal with the rougher roads in the UK.

Meanwhile, Cornwall was named the pothole capital of the UK in November 2020, with 210,000 reported over the course of three years.

Freedom of Information requests to 408 local authorities in the UK – 343 in England, 32 in Scotland, 22 in Wales and 11 in Northern Ireland – found that Cornwall Council had the most potholes reported to it.

But Lancashire staked the claim for Britain’s worst crater, with a five-foot pit deep enough to fit a grown man inside.

A photograph of Mr Cross’ six-foot son Lewis, 27, showed how he fit inside it.

Kensington & Chelsea London Borough Council reported the fewest potholes, with just 141 in the past three years. 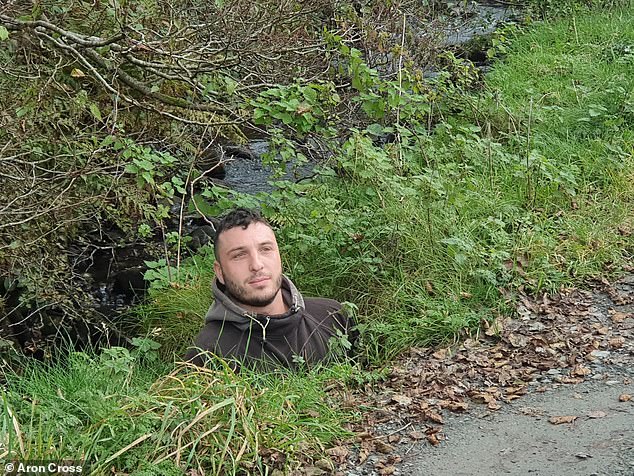 Lancashire staked the claim for Britain’s worst crater, with a five-foot pit deep enough to fit a grown man (pictured above) inside 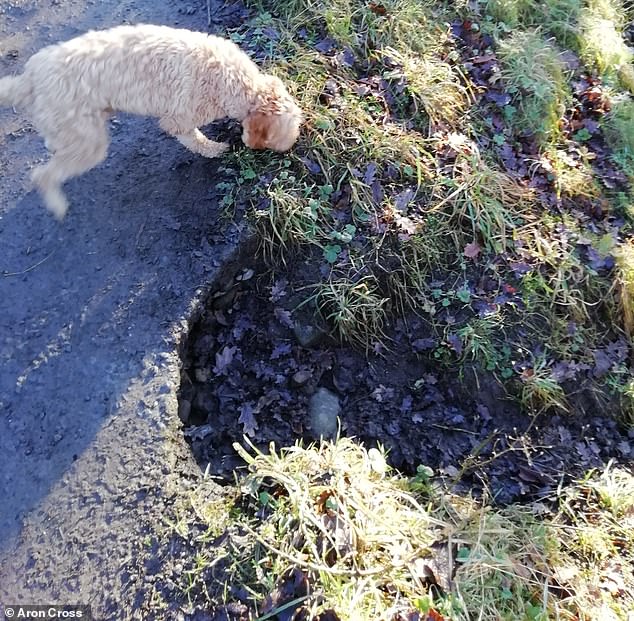 The worst and best areas in the UK for potholes – as Cornwall comes top with 210,311

The worst areas for potholes in the UK, in terms of the number reported to local councils, were as follows:

The least potholed roads in Britain, in terms of how many were reported over the last three years, were:

How to claim compensation for pothole damage to your car

Although there is no guarantee that motorists will be able to claim any money back if their car is damaged, here is how to make a compensation claim for pothole damage:

1. Collect your evidence: Make a note of the pothole’s location, the time and date you hit it and get a photo, if it’s safe to do so.

Then take your car to a garage for the damage to be assessed and get the mechanic’s report in writing as you’ll need this when making your case.

Remember, your case rests on the evidence you collect from the person you’re making a claim from so collect as much information as possible.

2. Who’s responsible? The next step is to work out who maintains the road as different authorities are responsible for maintaining certain types of roads.

For example local roads, B roads and some smaller A roads are maintained by the local councils in England, Wales and Scotland.

If you believe the council is responsible, you’ll need to prove they’ve been negligent which is difficult.

Asking for copies of highway maintenance schedules and reports of incidents within 14 days of the accident will help to demonstrate that either the highway hasn’t been properly maintained or that a reported pothole problem hasn’t been addressed.

It’s important to have the evidence which shows if the council had acted, the incident wouldn’t have occurred.

3. Reporting it: Now you know who’s in charge you’ll need to lodge a formal claim – see if the relevant body has a template you can fill in.

Include as much information as possible, including the mechanic’s report and repair costs and any photos you’ve taken.

4. Got an offer? Is the council’s offer acceptable, does it cover your costs? If not, go back to the council.

You have a right to fair compensation if the council or Highways Agency has failed in its duty to keep the road in a fair state of repair.

You also stand a better chance of settlement if the pothole has already been reported and the council hasn’t acted.

5. Offer rejected? If you feel your claim has been unfairly rejected, you can seek legal advice or make a case through the courts.

However, this could be a time-consuming process and is likely to be worthwhile only if the repair bill is considerable.

6. Claiming through insurance: If you have comprehensive cover you can claim for pothole damage on your insurance however it’s worth considering the cost of the damage as well as your excess payments and if the claim will affect your No Claims Bonus.