A prominent statistic cited by those concerned about election fraud — that millions of ballots have supposedly gone missing over the last several years — is misleading and exaggerated, the top election official in Washington state said in an interview.

“Not everyone chooses to return a ballot,” said Kim Wyman, Washington’s secretary of state.

As part of his ongoing effort to undermine confidence in the legitimacy of the presidential election, President Trump has referenced conservative media reports that millions of mail-in ballots routinely disappear. The implication is that this leaves the system vulnerable to bad actors collecting these ballots and using them to vote fraudulently. 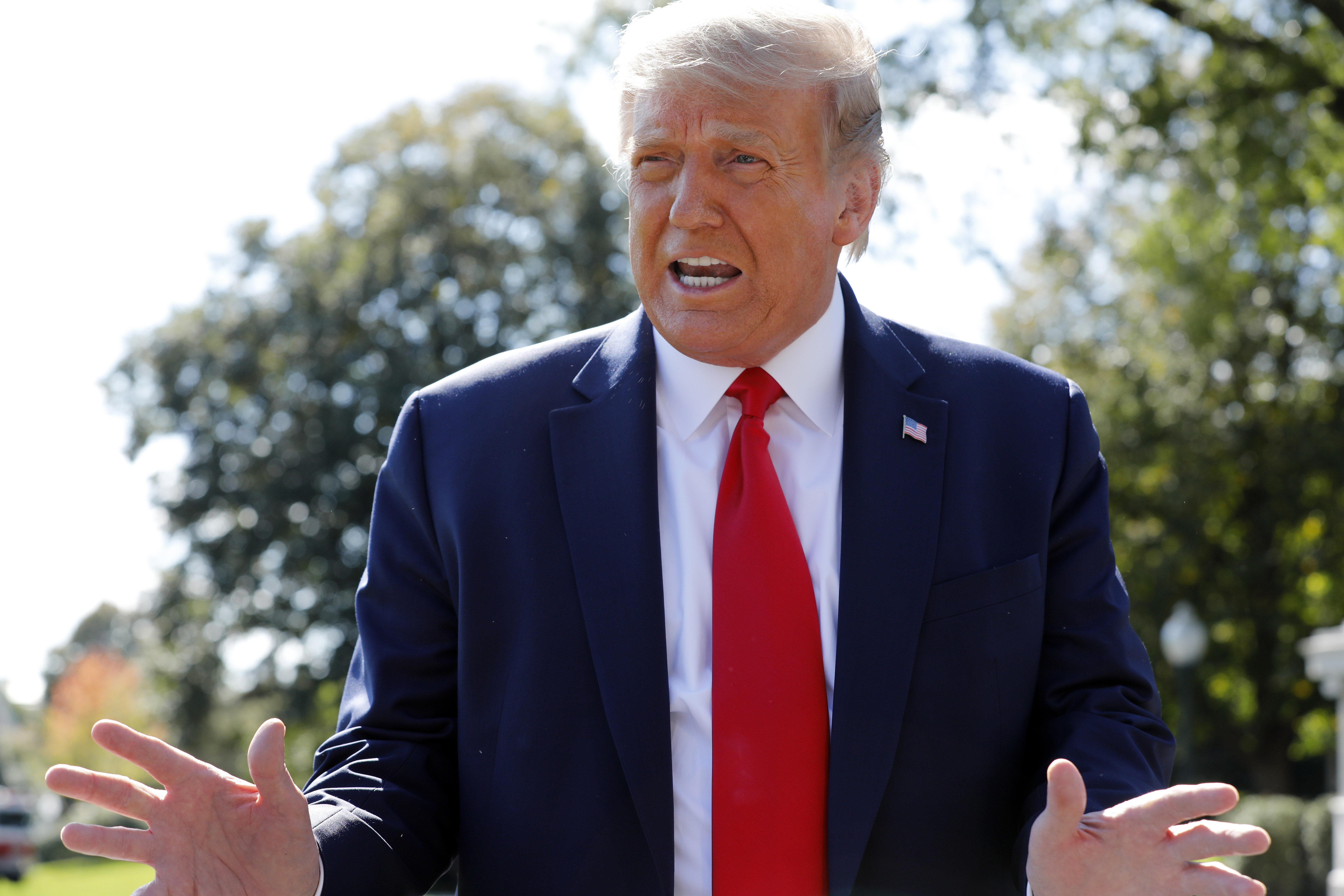 In May, Trump promoted a tweet by a conservative writer who tweeted that “nearly one in five of all absentee and mail-in-ballots between 2012 and 2018 remain unaccounted for.”

“Don’t allow RIGGED ELECTIONS!” the president thundered in his retweet.

An article in Real Clear Politics claiming that more than 28 million ballots “went missing” went viral across conservative media websites earlier this year, in part because the number is derived from data collected by the Election Assistance Commission, a government agency that keeps close track of election statistics.

J. Christian Adams, president of the Public Interest Legal Foundation (PILF) — a conservative group that compiled the EAC data and issued a report on the subject — said these ballots were “28 million opportunities for someone to cheat.”

But Wyman, who is a Republican, said the explanation for this phenomenon is pretty simple and not very ominous.

In most cases where a mail ballot is not returned, “the ballot was received by the voter and they chose, for whatever reason, not to participate in that election and probably put that ballot in the trash can or in a recycle bin,” Wyman said in an interview on “The Long Game,” a Yahoo News podcast.

Wyman agreed with what every other Republican voting expert has told Yahoo News: There is election fraud, but it is small-scale and does not make an impact on statewide or national elections. This opinion is also in keeping with the public statements of the nation’s top law enforcement officials.

“We’re very committed to making sure we have an accurate and fair election. States are working right now to make sure we’re balancing access and security so voters can have a safe voting experience and people can have confidence in the results,” Wyman said. “That’s what our profession is, and that’s what we’re going to do.”

In response to Trump’s complaints of a rigged election, Wyman said: “I would categorically disagree with the president on that claim.” 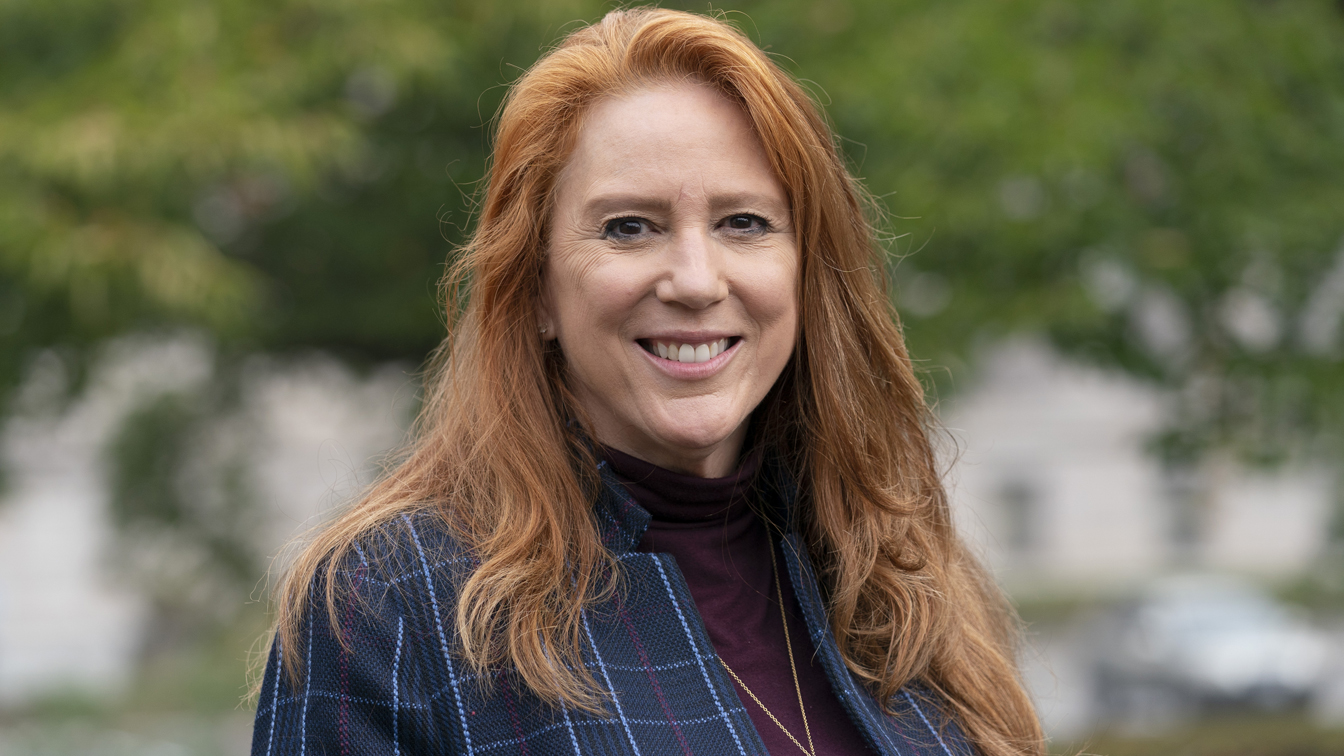 Amber McReynolds, CEO of the National Vote at Home Institute, is the former election director for the city of Denver. In May, she published an article arguing that the majority of mail or absentee ballots that are not returned are the result of a voter not participating.

McReynolds said there were not 28 million missing ballots in the four elections between 2012 and 2018.

The PILF report itself indicates that 3.3 million ballots were undeliverable, indicating they went to the wrong address, or were rejected by election officials for lacking a signature or some other error. And that was over the course of six years, in which 146 million ballots were cast in four elections.

The 28 million ballots would likely, then, fall into the category of a ballot that went unvoted and was discarded.

“A lot of times, when people move and don’t change their addresses — especially maybe younger people that are in college or are moving more frequently — they don’t tell the election officials that the apartment that they used to live in is no longer their address,” Wyman said.

“The challenge is to educate the people that receive those ballots to just say, hey, return it to election officials and let them know. Just write, ‘This voter doesn’t live here anymore,’” she said.

If someone wanted to take a ballot that came to them by accident or error, Wyman said, “they would have to forge a signature” in Washington state. “They’d have to … know what that previous resident’s signature looked like, because we do actually check each one that comes back against the signature on file with the voter registration record.”

Most states have similar security measures for mail ballots, and match signatures or unique barcodes for each ballot — or sometimes both. The Voting Rights Lab, a group that advocates for lowering barriers to voting, told Yahoo News that 43 states and the District of Columbia have a tracking process that voters can use to see if their ballot has been received and processed. 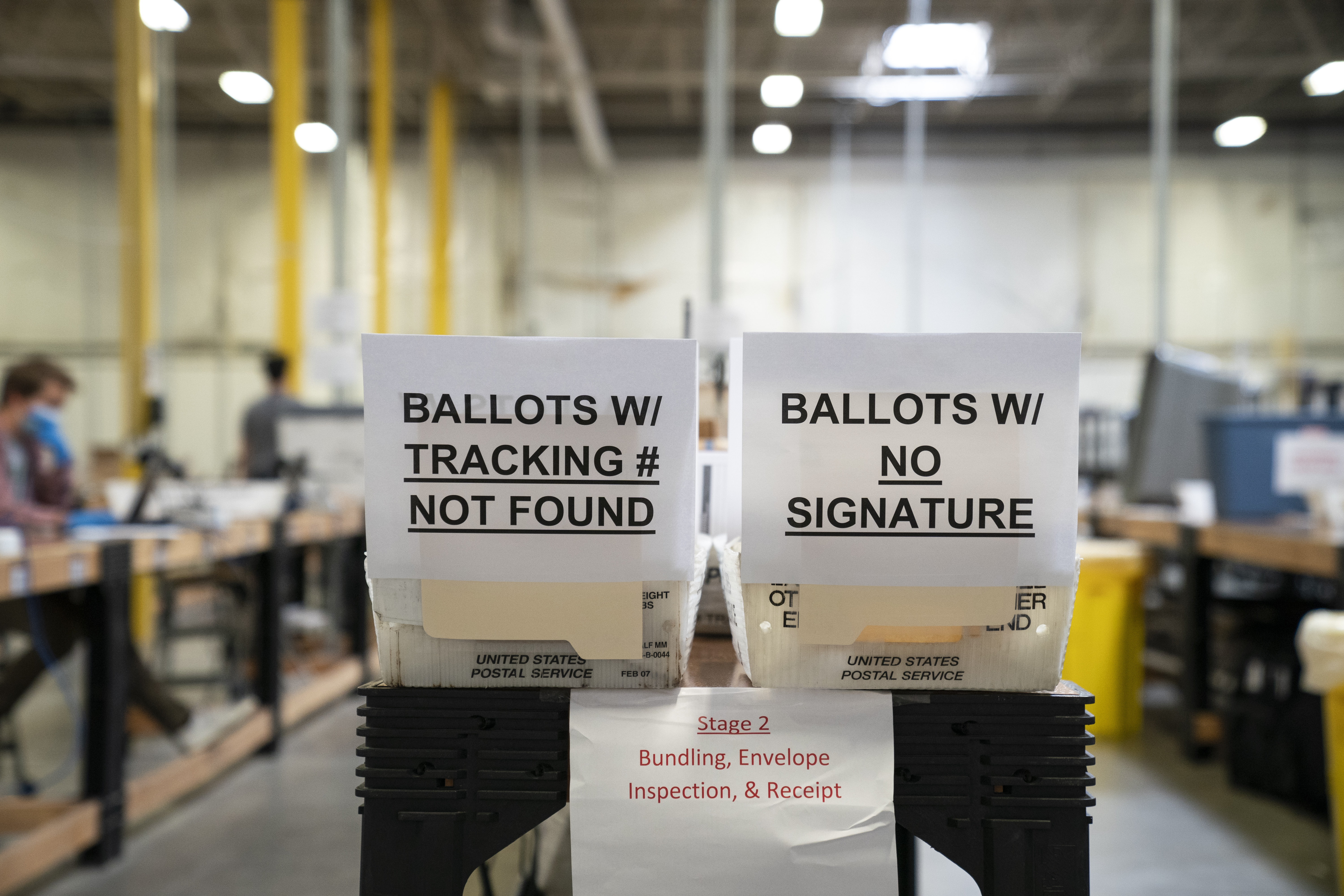 But Logan Churchwell, a spokesman for PILF, pointed to an August report by the U.S. Postal Service inspector general, which found that only about 4 million mail ballots out of 31 million cast in the 2018 election had actual barcode tracking.

Washington state is one of five states that conduct their elections entirely by mail, and it has been doing so since 2011. Wyman said that after the 2018 election, the state did an audit and found that out of 3.2 million ballots cast, 142 were fraudulent — cast by people who tried to vote twice or for someone else.

“When you register to vote, ever since 2006, you have to provide us your driver’s license number, your Washington state ID number, or the last four of your Social Security number. We actually verify those numbers against those databases, so we have a high confidence level these are real people who have walked into a government agency and verified that they exist and that they’ve provided some sort of identification to get that driver’s license or ID card,” Wyman said.

Each state’s process is different. In Pennsylvania, for example, there is an ongoing court battle over whether election officials will be required to match signatures on mail ballots to signatures on file with the state. The U.S. Supreme Court is expected to rule on this soon.

Washington state, in fact, is one of only six states that provide training to election officials on how to properly assess signatures for matching, as shown by this New York Times demonstration. In Washington, officials are “trained annually by the state patrol,” said Wyman.

“Ballots are scanned as soon as they come into the election office. The machine captures an image of the signature, and then some worker at a terminal can pull that batch of ballots up and compare the image of the one on the voter registration file to the image on the ballot envelope. They look at them and then they either accept or challenge it. If it gets challenged, it’ll be reviewed by multiple layers of higher-level staff,” Wyman said.

“And the only body that can reject a ballot is our county canvassing board.”