As the storm raged over Boris Johnson and Carrie Symonds’ costly refurbishment, the Chancellor – whose personal fortune vastly exceeds the PM’s – disclosed that he too had redecorated his grace-and-favour residence.

The impeccably-timed revelation came in response to a parliamentary question from Labour. 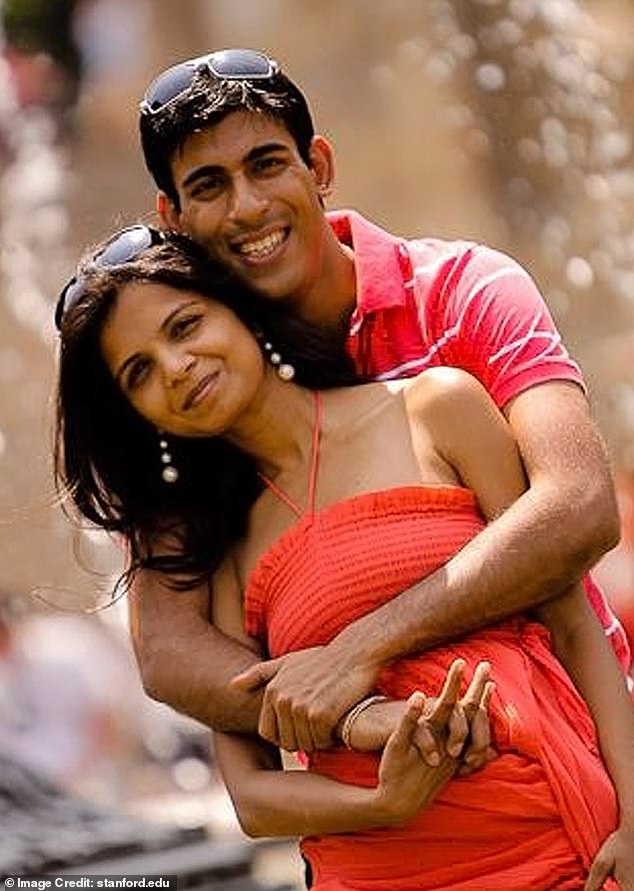 Rishi Sunak lives in the flat above No.10 with his wife Akshata and their two daughters

The answer is believed to have been overdue, and had to be provided yesterday before the annual prorogation of Parliament that precedes the Queen’s Speech.

Mr Sunak, a former hedge fund partner, and his wife Akshata Murthy, the daughter of a billionaire businessman, live in the flat above 10 Downing Street with their two daughters.

Mr Johnson, his fiancee and their son Wilfred live in the larger flat above No 11.

Treasury minister Kemi Badenoch told MPs yesterday: ‘The Chancellor redecorated the No 10 flat last year. It was paid for up-front and entirely at his own expense.’ 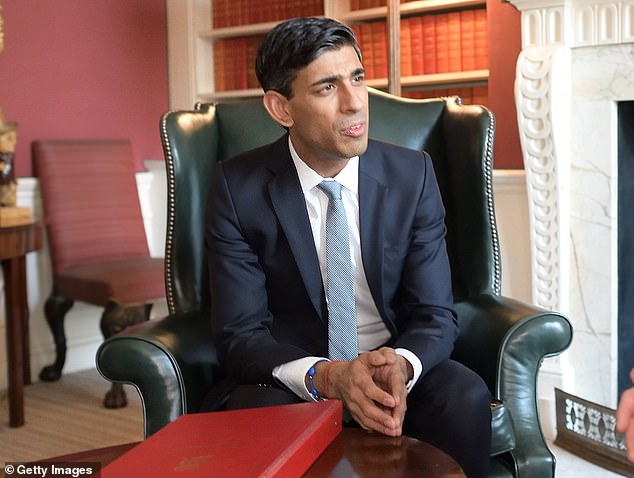 The Chancellor redecorated his Downing Street flat ‘upfront; and entirely at his own expense’