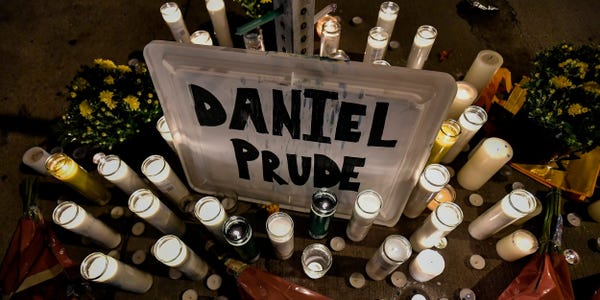 The chief of police in Rochester, New York, was among several high-ranking department officials who resigned or retired on Tuesday over the death of Daniel Prude, who suffocated after officers put him in a "spit hood" in video footage that was made public last week.

"The entire command staff has decided to retire," Mayor Lovely Warren said during a Zoom city council meeting on Tuesday afternoon, according to the Washington Post. "As you all know, this has been very challenging times for the city of Rochester and the chief was not asked to give his resignation."

Police Chief La'Ron Singletary announced, however, that he would be retiring in a separate press conference, while Deputy Police Chief Joseph Morabito also announced his own retirement, NBC News reported.

"The members of the Rochester Police Department and the Greater Rochester Community know my reputation and know what I stand for," Singletary said. "The mischaracterization and the politicization of the actions that I took after being informed of Mr. Prude's death is not based on facts, and is not what I stand for."

According to police footage, officers found Prude naked in the street, and put a "spit hood" over his head" upon hearing he may have COVID-19. Police then held him down, and he fell unconscious. He died seven days later.