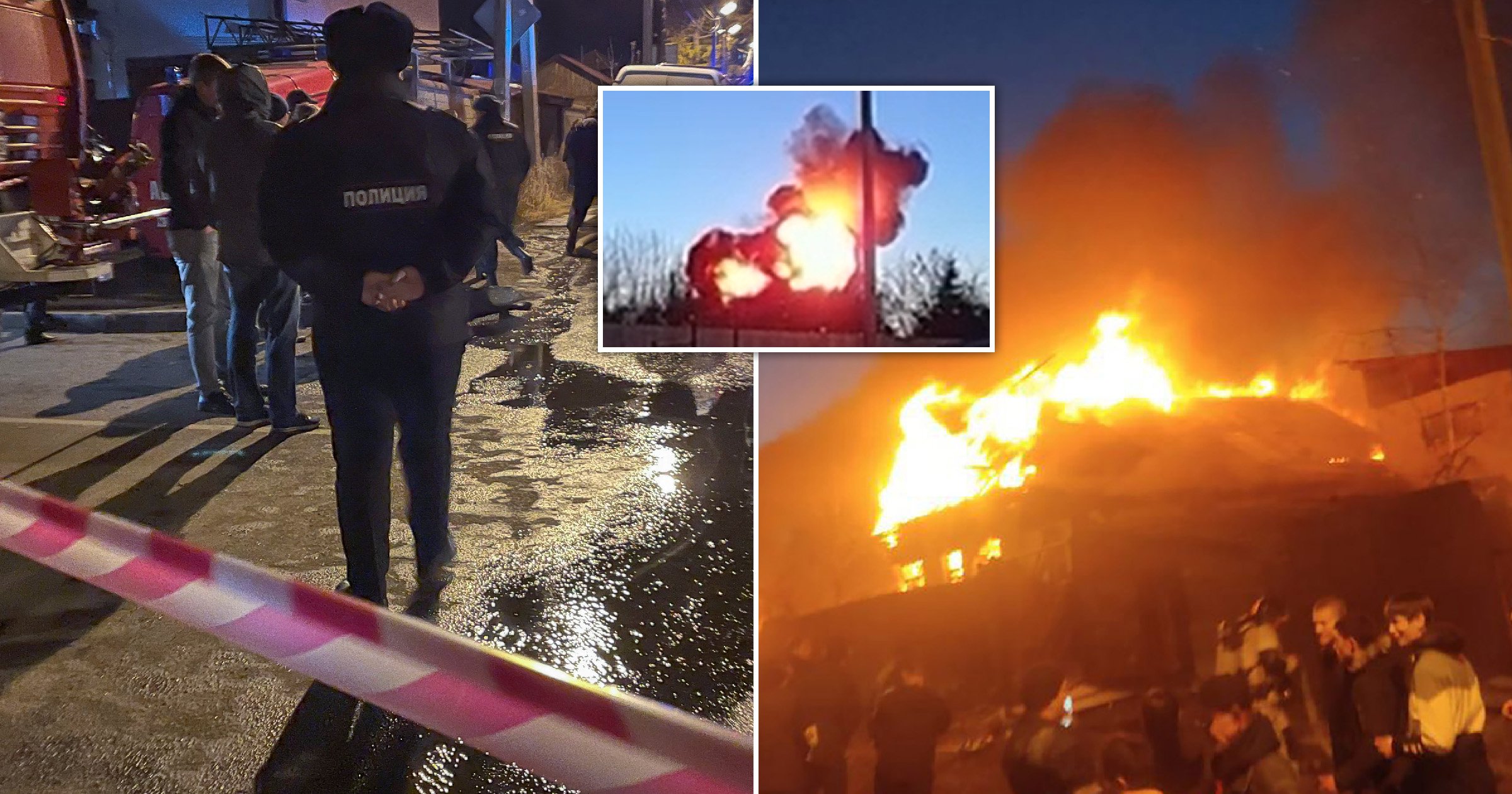 A Russian warplane has crashed into a house on a residential street in Siberia, killing both pilots.

Governor Igor Kobzev said the plane came down on a two-storey home in the remote city of Irkutsk, but no one on the ground was hurt.

Russia’s Emergencies Ministry said the Su-30 fighter jet crashed during a training flight and fell on top of the wooden building, sparking a huge fire.

Footage shows firefighters desperately trying to extinguish the blaze before it spreads to more houses.

The crash is the second of its kind in six days, coming less than a week after another Russian warplane crashed near an apartment building in the Sea of Azov port of Yeysk.

Although the pilot managed to hit the ejector seat and parachute to safety, the plane exploded in a giant fireball killing 15 and injuring another 19.

The Su-34 is a fighter bomber operated by two pilots which is often deployed to hit ground targets.

They have seen frequent use by Russian forces in Ukraine since the start of the conflict, and have been responsible for many bombing campaigns against civilian buildings.

According to Air Forces Monthly, there have been two other cases of Su-34s crashing this year that were unrelated to enemy fire.

Open-source intelligence analysis by Oryx has documented at least 16 additional Su-34 bombers have been lost by Russian forces since they first invaded Ukraine nearly eight months ago.

Both attacks come as scores of Ukrainian cities were plunged into darkness ahead of a series of attacks on energy infrastructure, which has seen Kyiv lose up to a third of its power stations.

Power cuts were reported in parts of the capital, the Zhytomyr region west of the capital and Dnipro this week as a result of missile attacks from Russian bombers.

For more stories like this, check our news page.