Russia’s new Skyfall missile that will be able to fly around Earth for YEARS and will be ready to launch nuclear strike at any moment, Britain’s defence intelligence chief warns

Russia’s new Skyfall missile that will be able to fly around Earth for years and launch a nuclear strike at any moment, Britain’s defence intelligence chief has warned.

The 9M730 Burevestnik missile, also known as Skyfall by Nato, has been linked to the deaths of at least five scientists in an accident in Nyonoksa, north eastern Russia, that caused a radiation spike ‘one thousand times higher than lethal,’ last August. 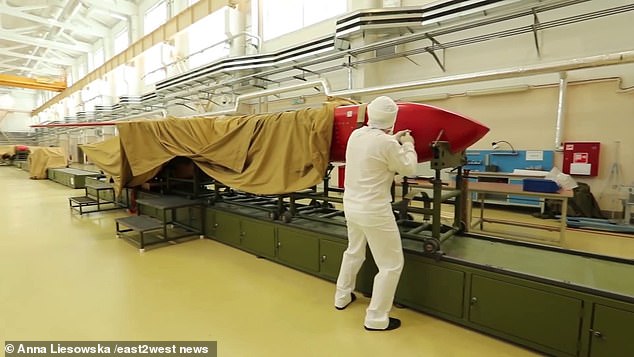 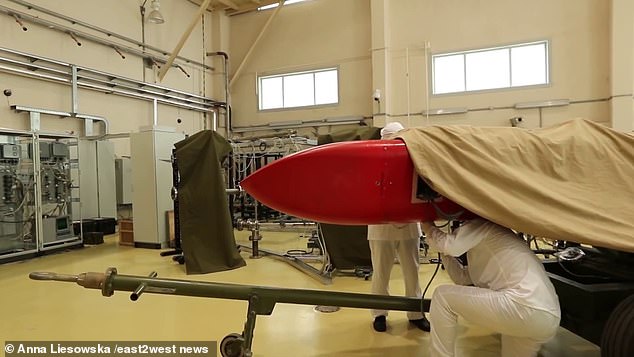 It’s understood the missile will be able to fly around the Earth for years, ready to launch a nuclear strike at any moment.

Last year it was reported that the weapon could be ready to be launched by 2025.

Russian President Vladimir Putin has reportedly called it ‘a radically new type of weaponry’ with ‘unlimited range and unlimited ability to manoeuvre’.

Lt Gen Hockenhull was quoted by The Sunday Telegraph as he spoke at the Five Eyes intelligence hub at RAF Wyton, Cambs.

Five Eyes is an intelligence alliance made up of experts from the UK, US, Australia, New Zealand and Canada.

At the media briefing, the Chief of Defence Intelligence warned Russia had invested in submarines and underwater capabilities, including an unmanned water vehicle, ‘capable of delivering a nuclear payload to coastal targets, or even carrier groups at sea,’ that could also target internet cables. 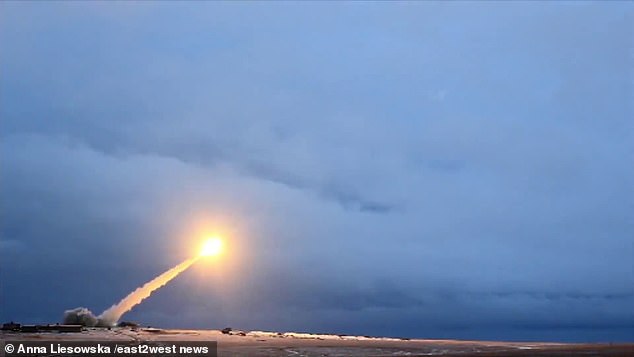 The missile, also known as 9M730 Burevestnik in Russia, has been linked to an explosion in Nyonoksa, north eastern Russia, last August

He told the briefing how Russia’s army was smaller than during the Cold War, but had changed its approach to warfare since then.

He said: ‘They have looked hard at the West to see where best to place their investments to give us the most challenges.’

Lt Gen Hockenhull described Iran and North Korea as regional threats, but warned China posed the biggest threat to stability around the world.