A Colorado family is furious after school officials called the police on their 12-year-old son all because he was playing with a toy gun during his virtual art class, the Washington Post reports.

It all ended with Dani and Curtis Elliott’s son, Isaiah, being suspended for five days, having a permanent mark on his school disciplinary record claiming he brought a “facsimile of a firearm to school” – despite the fact that he was in his own home, and even him having a record with the El Paso County Sheriff’s Office, according to the report.

According to the Post, Elliot was at work last month when she got a call from her sons’ vice principal saying that an office was en route to their home.

“I never thought: ‘You can’t play with a Nerf gun in your own home because somebody may perceive it as a threat and call the police on you,’” Elliott said. 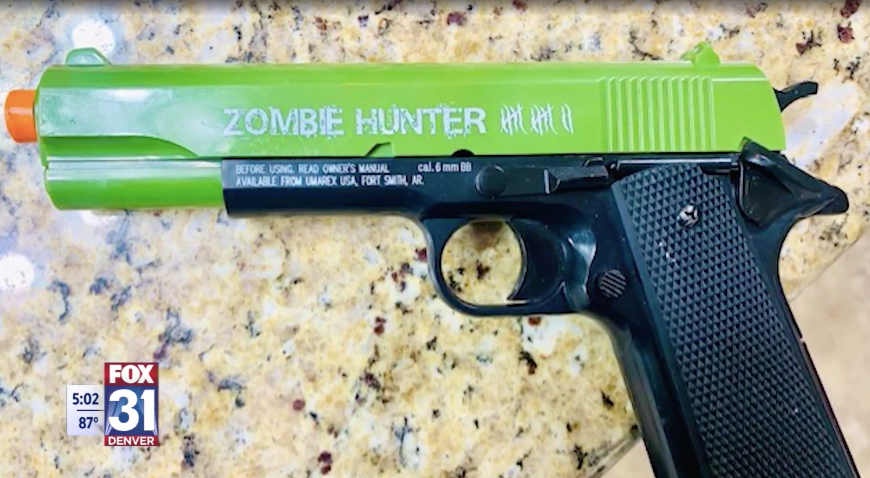 Since then, the Elliotts have been pushing back against the school, with Dani Elliott noting that her son could have been at risk, especially as a Black child.

“With the cultural events going on right now, especially for young African Americans, you calling the police and telling them that he could have a gun, you put his life in jeopardy,” Dani Elliott said.

The Elliotts have been trying to get the school to reconsider Isaiah’s suspension and disciplinary record, but so far the school has refused.

“I said: ‘Black children cannot have that sort of thing on their record. You are reducing his chances at success,’” Elliott said.

Elliot is also furious because, according to her, the school called the police before reaching out to her, or her husband.

She also took issue with the fact that the school was recording students in class, which she said the school never got permission from parents to do.

In a statement, Grand Mountain School noted that they were still getting used to the online platform used for classes at the time, and that they are not currently recording classes.

The school also brushed aside any accusations of racism or discrimination.

“We never have or ever will condone any form of racism or discrimination,” the school said in statement. “Safety will always be number one for our students and staff. We follow board policies and safety protocols consistently, whether we are in-person or distance learning.”

The Elliotts have since decided to pull Isaiah out of the school and he is currently on the waitlist for a charter school.