HUNDREDS of people were evacuated from a sinking ship that ran aground in New York on Saturday, reportedly injuring three.

The FDNY and Coast Guard responded to a "water rescue" after a Seastreak ferry reportedly began to take on water at the Bushwick Inlet in Brooklyn. 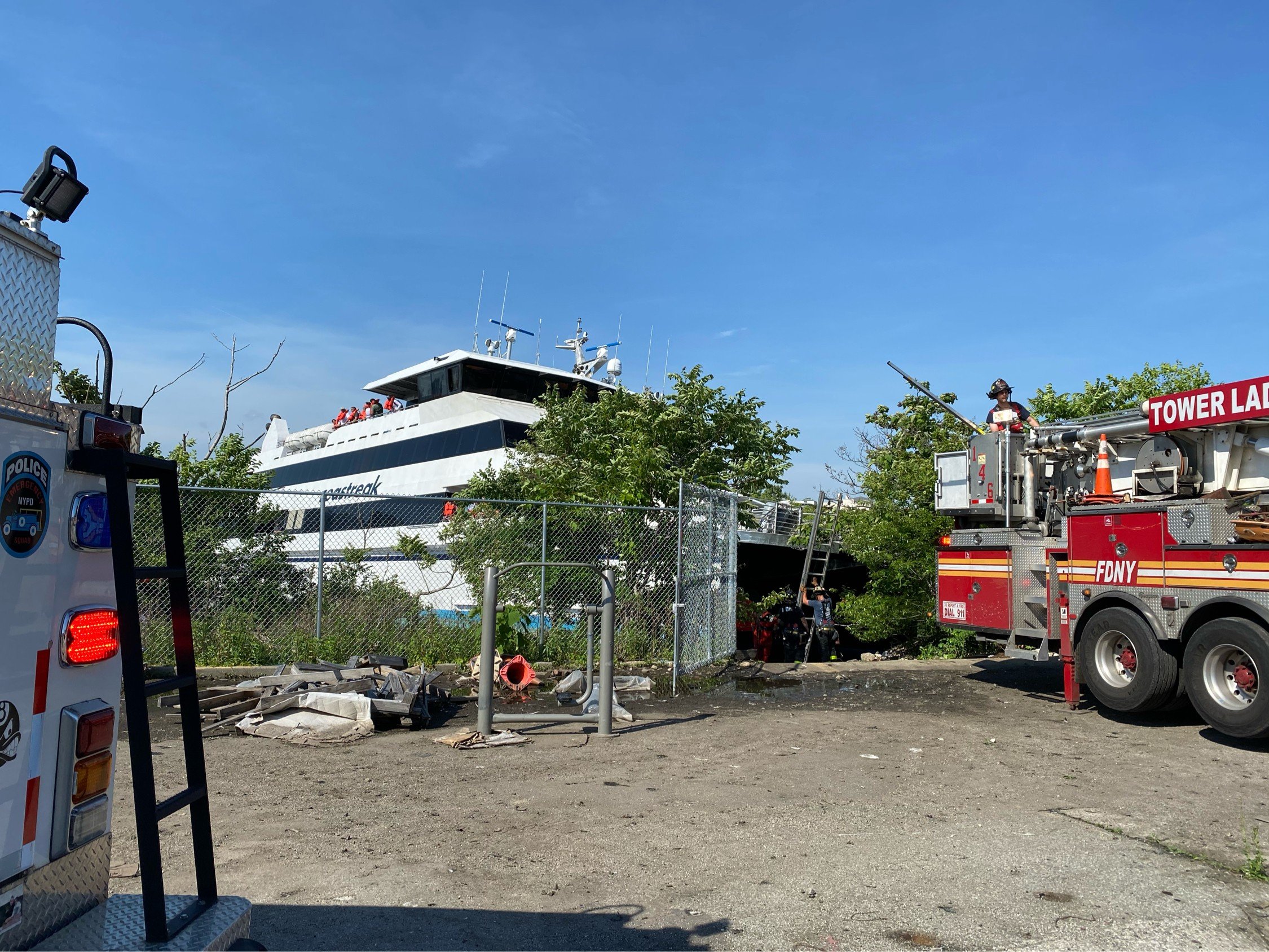 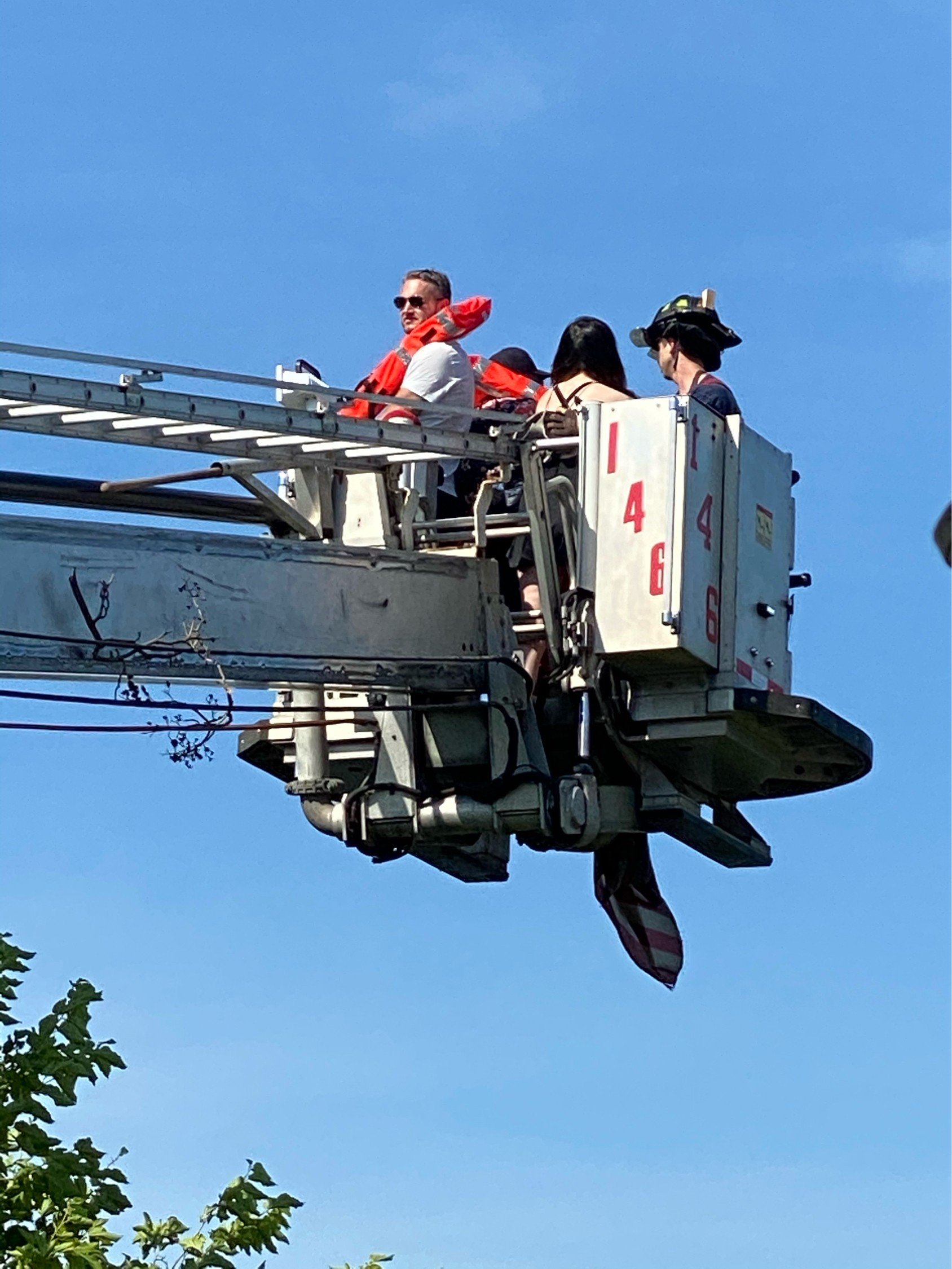 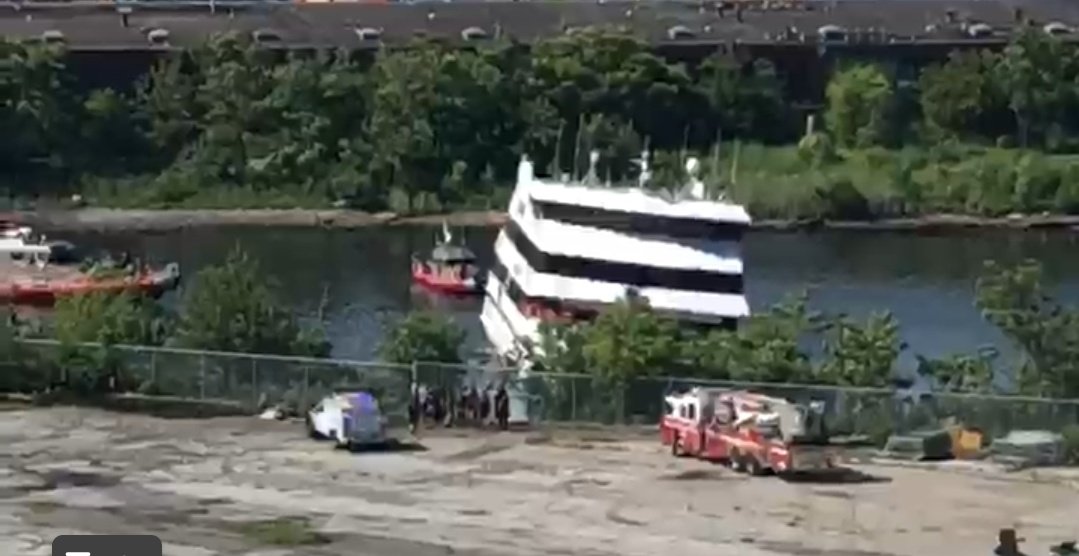 Passengers were seen being lifted from the ship using FDNY ladders.

Coast Guard boats also surrounded the vessel which bystander footage showed was dipping under the water.

It confirmed that three small rescue boats were sent to assist with the ongoing operation and that the boat had begun taking on water at some point after hitting the shore.

The number of passengers evacuated from the ship has not yet been confirmed.

It is unclear why the ship ran aground.

The incident was reported at around 4.15pm on Saturday afternoon.

Injuries have not yet been confirmed by the FDNY or Coast Guard.

The Seastreak ferry operates a route between New Jersey and New York City.

The route runs along the East River to a ferry terminal at East 35th Street.