Last week, two Hollywood celebrities were publicly shamed. The private video messages of Ben Affleck and Matthew Perry to women they met on a dating app were shared to social media by the women involved. Oh, how I laughed!

Except, I didn’t. Nor did I laugh when a Facebook friend of mine shared messages from a man who wanted to date her, along with his name and photographs. Instead of politely declining and blocking him, she screenshotted the entire exchange and mocked him. 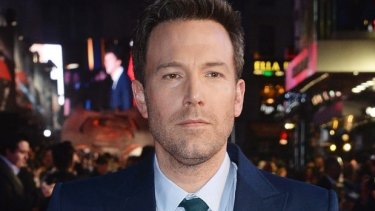 Ben Affleck’s private messages on a dating app were shared with the whole world.Credit:Dave J Hogan

This may be a radical thought, but we should keep our personal correspondence private. After all, we all communicate through the written word. Many young people barely use the phone to talk, conducting all of their conversations over social media.

We need new standards of etiquette to help us navigate this terrain: Don’t send unsolicited dick pics. Don’t bully people over text. Keep your personal correspondence to yourself.

Sharing abusive messages has become the fallback solution for women (and it is mainly women) who are the targets of online threats, because the social media sites and the police do little to protect us. It is important and necessary that light is shone on abuse and that online violence against women is called out.

“Well, if people behave themselves they won’t be shamed,” I hear you say.

Untrue and unkind. We all send messages that aren’t well received or behave poorly on occasion. Which one of us hasn’t tapped out a text we later regretted, or written a bitchy comment to a third party, or made an overture to a person who wasn’t interested?

The world is challenging enough without this endless public shaming. It’s up to us as individuals to set standards of online decency. Privacy is fundamental to human interaction. It is only dead if we all agree that it is.

Opinion takes on the week’s most debated topics with views that will challenge, champion and inform your own. Sign up to receive it every Thursday.