A WOMAN was left with horrific knife wounds on her face after being savagely attacked by her ex-husband, reports say.

Bartender Ainagul Bekenova, 28, was attacked while she was at work in the city of Aktobe, western Kazakhstan, last month. 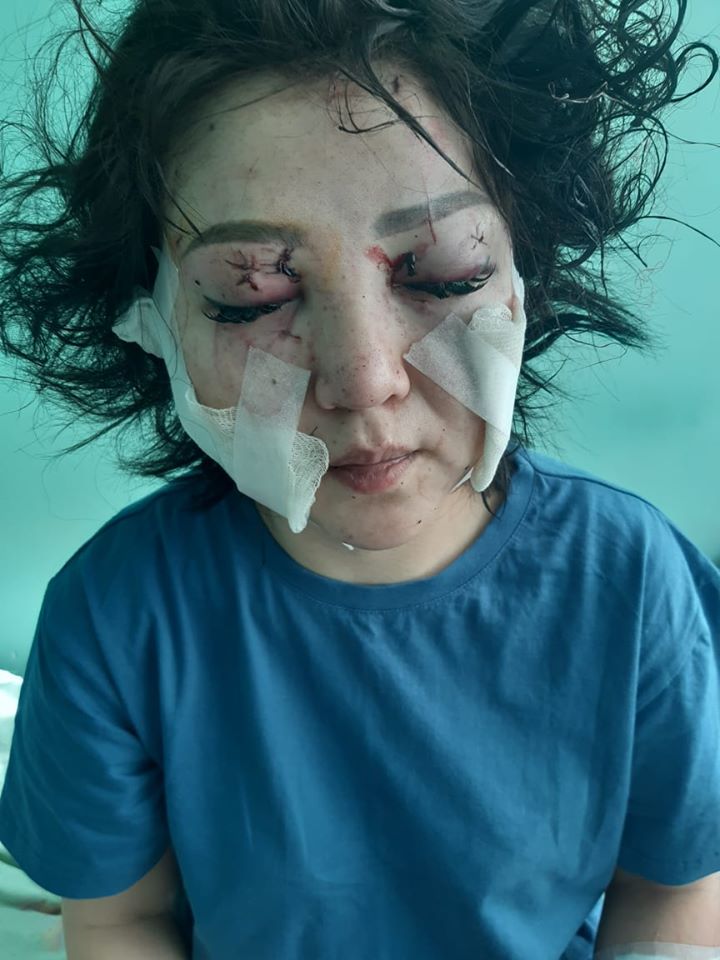 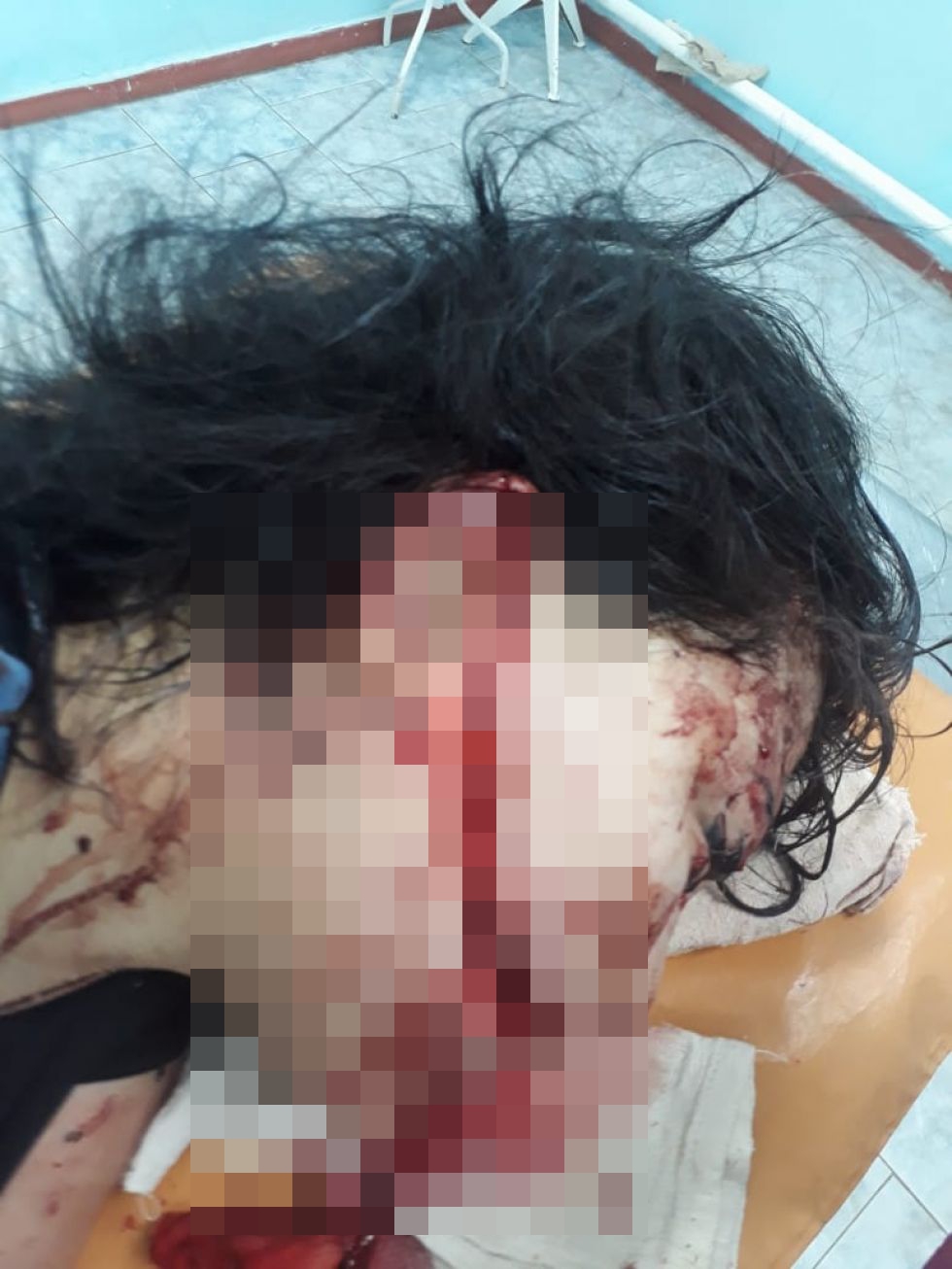 The mother-of-one was at the end of her shift when her ex-spouse Saken Bekenov entered Berloga (Bear Lair), a local bar.

The man ordered a beer and asked Ainagul to get back together with him and restart their relationship, according to reports.

The woman, who divorced Bekenov two years ago because of constant domestic abuse, rejected him.

Her refusal enraged the man who pulled a kitchen knife from his pocket and attacked Ainagul.

Bekenov is said to have savagely beat up the helpless woman then repeatedly slashed her face with the knife before fleeing the scene.

Recalling the horrific events on March 13, Ainagul told local media: “He was cutting my face with the knife and threatened to kill me.

“I screamed that I would do anything he wants. I was scared to death.

“He disfigured my face and ran away.

“I got to my feet and looked at a mirror. My face was covered with blood flowing down onto the floor.”

There was the last client in the bar who witnessed the attack but did not intervene, say Kazakh media.

'HE DISFIGURED MY FACE AND RAN AWAY'

He called emergency services after Bekenov left the scene.

Medics reportedly were horrified to see the victim’s right cheek that had been slashed from ear to mouth and her severely mutilated face.

Dina Tansari, the head of ‘Ne Molchi KZ’ (Don't be silent KZ), an NGO, said: “This is an obvious attempted murder but the case was qualified as a family conflict at first.”

Police launched a criminal case for causing grievous bodily harm against Bekenov only after the incident was made public, according to the members of the NGO.

Police spokesman Samat Aisov said: “The suspect has been arrested and placed into custody.

“He faces up to ten years in prison if found guilty. The investigation is ongoing.”

Ainagul and Bekenov were married for seven years and have a common daughter who is nine years old now.

The man, who was an engineer at a local uranium plant, did not support the family after being divorced.

She said: “I don't know how to live with such a disfigured face. Sometimes I want to die.

“I’m ashamed to go outside.

“I do not show my face to my daughter. I do not want to scare her.”

Local charity organisations have collected money to pay for Ainagul’s psychotherapy sessions and support her during the rehabilitation period.

Several plastic clinics have also offered the woman free surgeries to remove scars from her face.