Warehouse workers say they are being forced to mingle closely with colleagues and flout social distancing rules – putting them at risk of catching and spreading coronavirus.

Staff at The Range’s regional distribution centre at Avonmouth in Bristol have raised concerns after an image emerged of a number of employees congregated together in a narrow corridor.

They claim that when shifts change they often come into close contact with their co-workers, and are unable to keep the two-metre distance advised by health chiefs to limit the Covid-19 pandemic.

One worker told Bristol Live: ‘All they provide is hand sanitiser – no gloves, no masks, for hundreds of people. 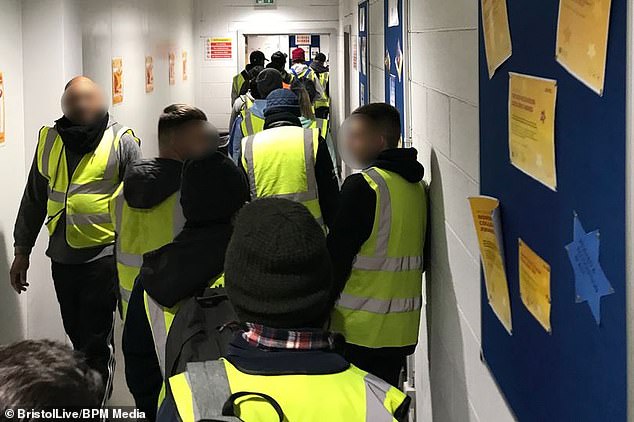 ‘All the responsibilities from The Range have been pushed down to our managers, who try to make the best out of the circumstances, but they are overwhelmed as well.

‘The company even forces us to get searched on our way out, leaving us with another few minutes of queuing.’

The homeware and furnishing store has remained open for business despite the nationwide lockdown, and has been attracting large numbers of customers every day.

Staff said that shortly before it was announced thousands of businesses would have to close, areas of the stores usually displaying technology equipment were cleared away and freezers stocking frozen food were brought in.

Managers told staff it was to make sure the store would be declared ‘essential’ because it was selling food.

It is understood that happened at two of Bristol’s three The Range stores, at Avonmeads and Imperial Park in Hartcliffe, while the other store at Stoke Gifford was already one of The Range’s 30 stores to have an in-house frozen food section in a partnership with Iceland. 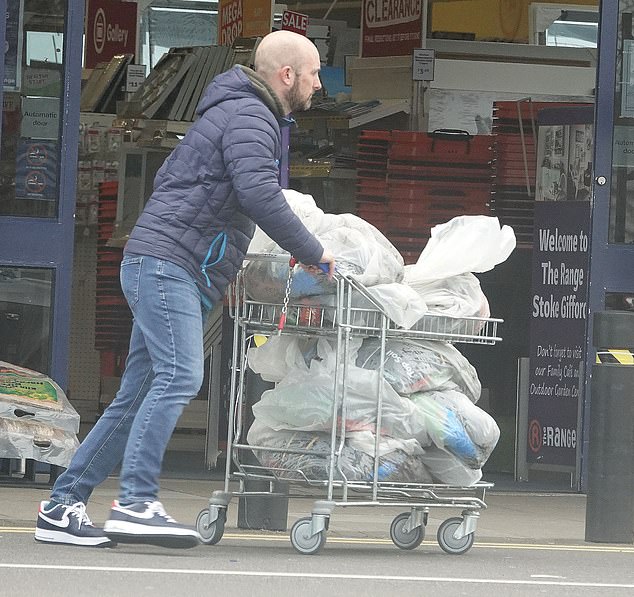 Shoppers continue to visit The Range for goods, pictured, despite the government’s urge for people to stay at home 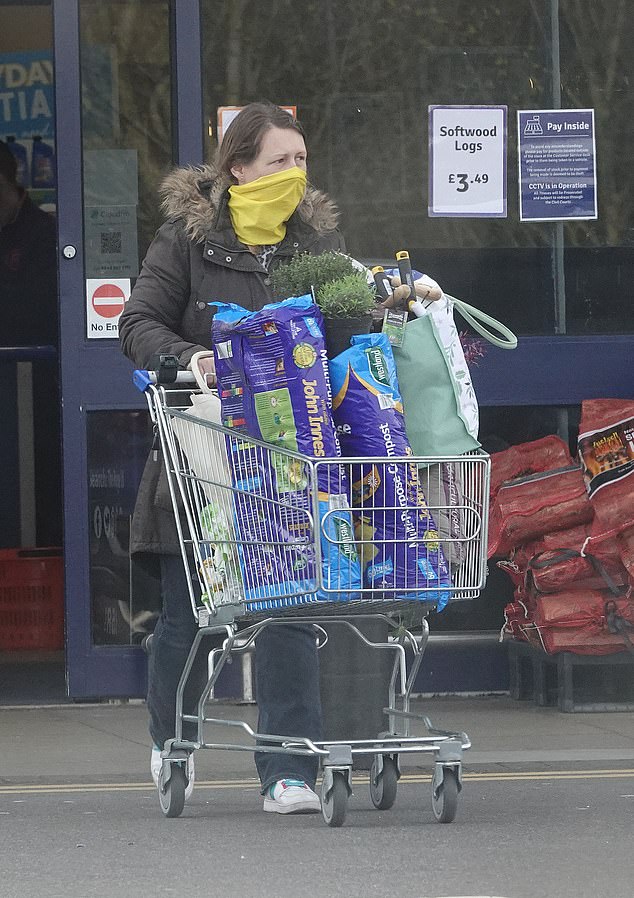 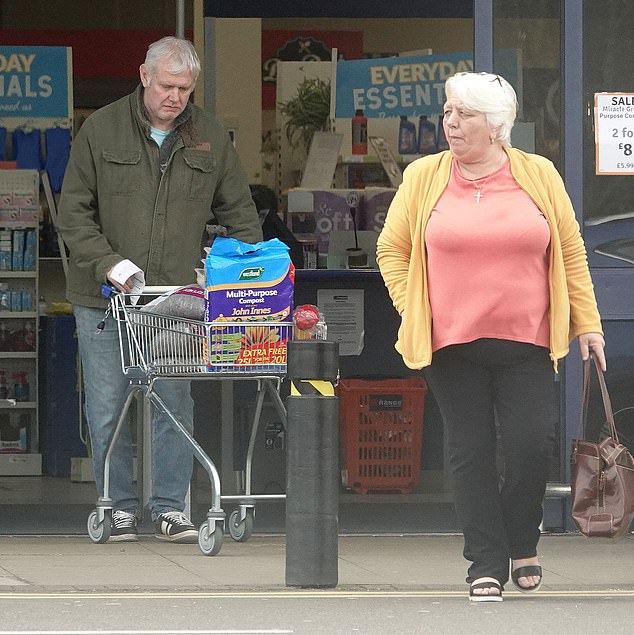 Staff said that shortly before it was announced thousands of businesses would have to close, areas of the stores usually displaying technology equipment were cleared away and freezers stocking frozen food were brought in, so it could be deemed an ‘essential’ shop

Employees at those stores said they were concerned about the level of precautionary measures taken by management.

The Range’s management declined to comment on that issue, and the huge public backlash against the store being open and continuing to sell pot plants, rugs, homeware and other items for gardens and homes.

But a series of statements issued by the company made it clear they judged their range of pet foods, toiletries and food to be essential and intended to remain open.

The Range said that concerns over the distribution centre were passed on to DHL, which operates the site. It is yet to respond.

It comes as supermarkets are stepping up their efforts to enforce social distancing in their stores. 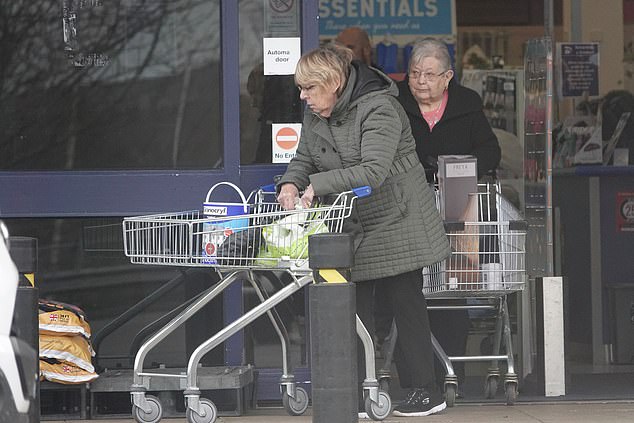 Shoppers, pictured at The Range today, continue to defy government orders to stay at home 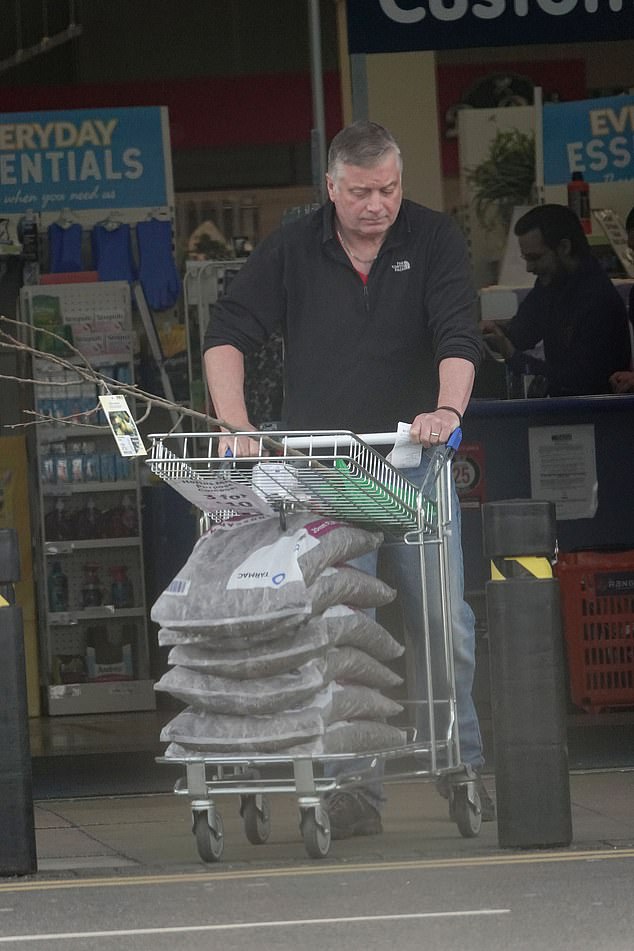 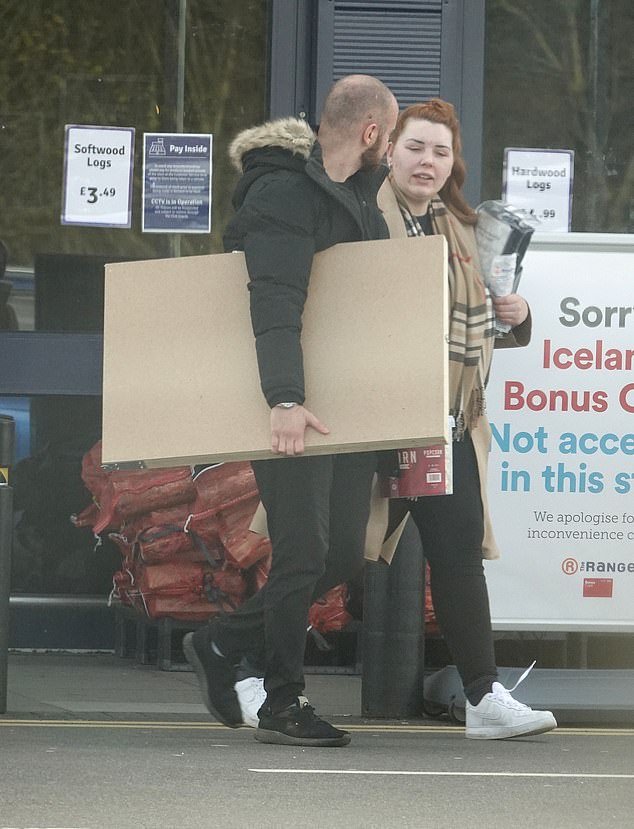 Sainsbury’s today followed rivals Tesco, Aldi and Waitrose by banning couples from shopping together in a bid to control the spread of the virus.

The supermarket giant says if more than one adult arrives at one of its stores, staff will ask the group to choose who goes inside to shop, with the others having to wait outside.

However, parents with children who can’t be left home alone will still be allowed inside the building, bosses added.

A queuing system has been installed at hundreds of stores up and down the country to limit the number of shoppers entering at the same time.

Once inside, many retailers have stuck tape on the shop floor to indicate the two-metre gaps customers are advised to leave between each other.

Furthermore, some stores, have introduced one-way aisles to limit the chances of shoppers crossing one another as they make their way around the store.

Protective screens are also being installed at manned checkouts to try and stop the spread of the virus between staff and customers.

New regulations brought in last Thursday give police the power to issue instant £30 fines to people who gather in groups of more than two people or leave their homes without good reason such as for work, food-shopping or exercise.

Meanwhile, the Association of Convenience Stores (ACS) said some retailers had been told by police and local authorities to restrict what they sold, including Easter eggs.