A black drape was hung over the entrance of the Supreme Court building in Washingon on Saturday, in tribute to Associate Justice Ruth Bader Ginsburg, who died Friday at age 87.

"This tradition dates back at least as far as the death of Chief Justice Salmon P. Chase in 1873, and is believed to have been followed for every Justice who has died in active service since," the Supreme Court explains on its website. 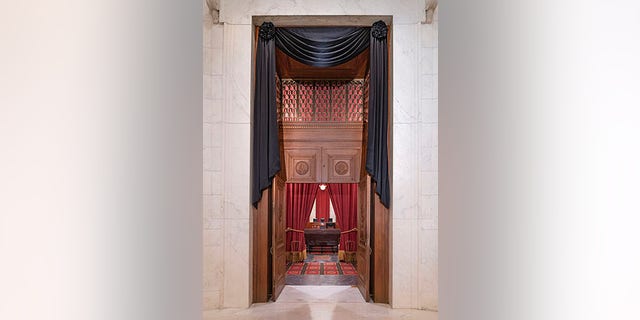 In addition to the drape over the entrance, the chair of Justice Ginsburg and the front of the bench where she sat were also draped. The drapes will be left in place for 30 days.

The Supreme Court building is currently closed to the public due to the coronavirus pandemic but thousands of mourners paid tribute to the liberal icon over the weekend outside. 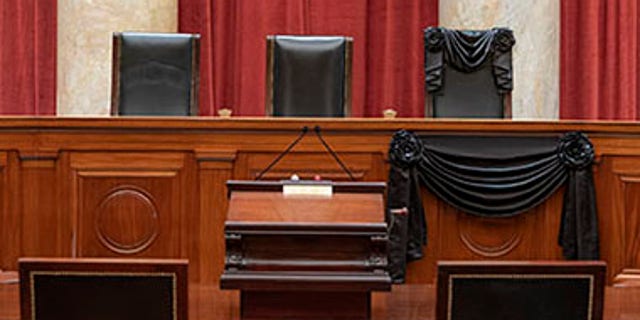 The Courtroom of the Supreme Court showing Associate Justice Ruth Bader Ginsburg’s Bench Chair and the Bench in front of her seat draped in black following her death on September 18th, 2020. (Fred Schilling/US Supreme Court) 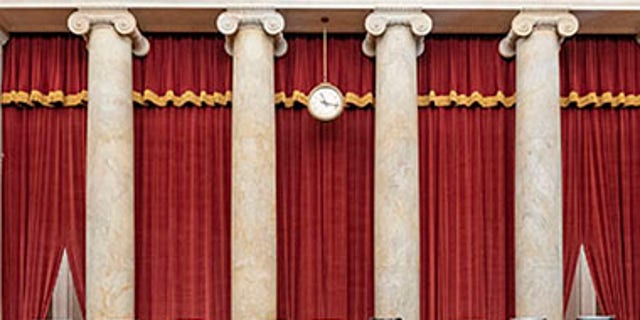 Justice Ginsburg died due to complications of metastatic pancreatic cancer after serving 27 years on the Supreme Court. The second woman ever named to the high court, she was appointed by former President Bill Clinton in 1993.

“Our Nation has lost a jurist of historic stature. We at the Supreme Court have lost a cherished colleague," Chief Justice John Roberts said in a statement Friday. "Today we mourn, but with confidence that future generations will remember Ruth Bader Ginsburg as we knew her — a tireless and resolute champion of justice.”