“NOBODY knows who I am. Even my husband doesn’t know what happened to me.”

These are the heartbreaking words spoken by one of black cab rapist John Worboys’ victims. 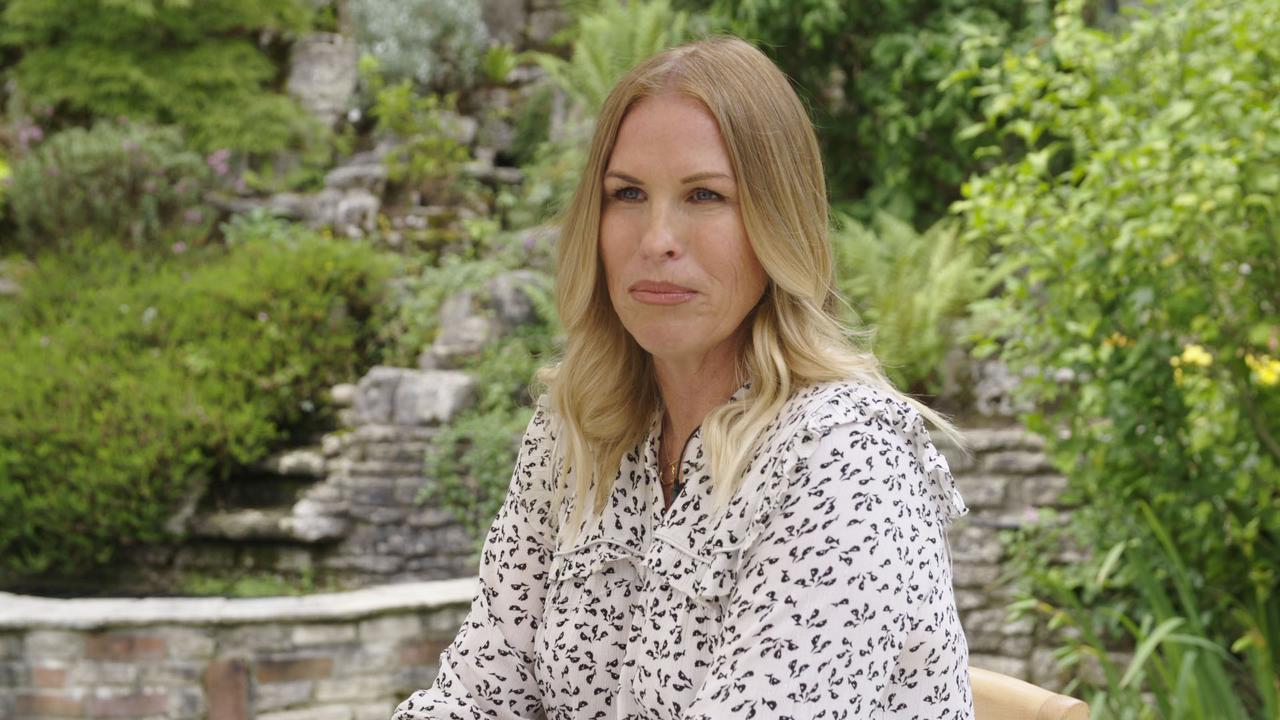 Known only as NBV, she was one of two survivors who succeeded in stopping the release of one of the UK’s most prolific serial rapists of women.

Now, she is ready to tell her harrowing story in a new Channel 5 documentary, Predator: Catching the Black Cab Rapist.

In it, she says she is “extremely appalled” by hearing, for the first time, the way police apologised to Worboys for questioning him and even fed him a possible line of defence after she reported her assault.

The woeful interview meant he was free to continue his vile assaults until he was finally caught more than six months later. 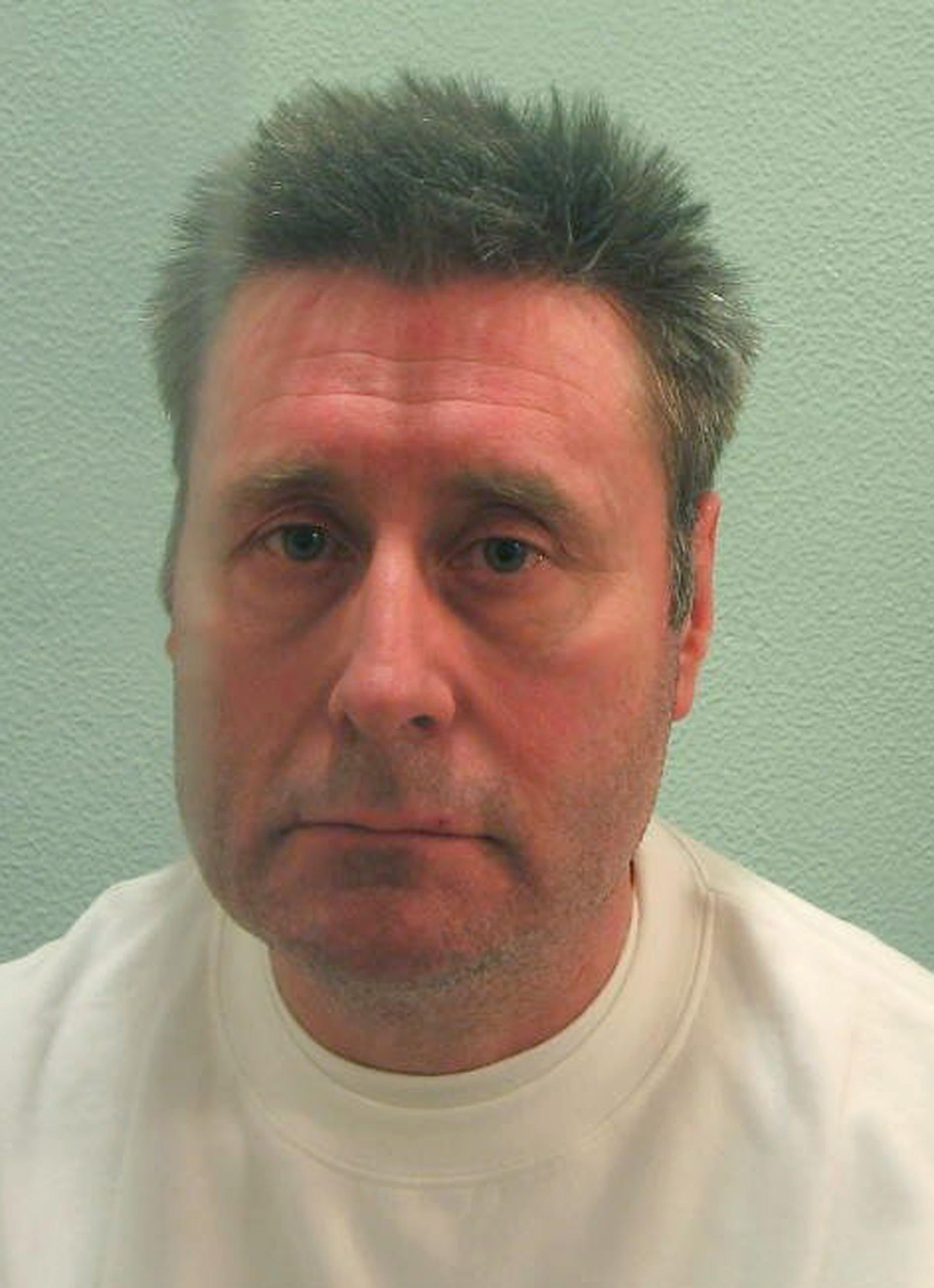 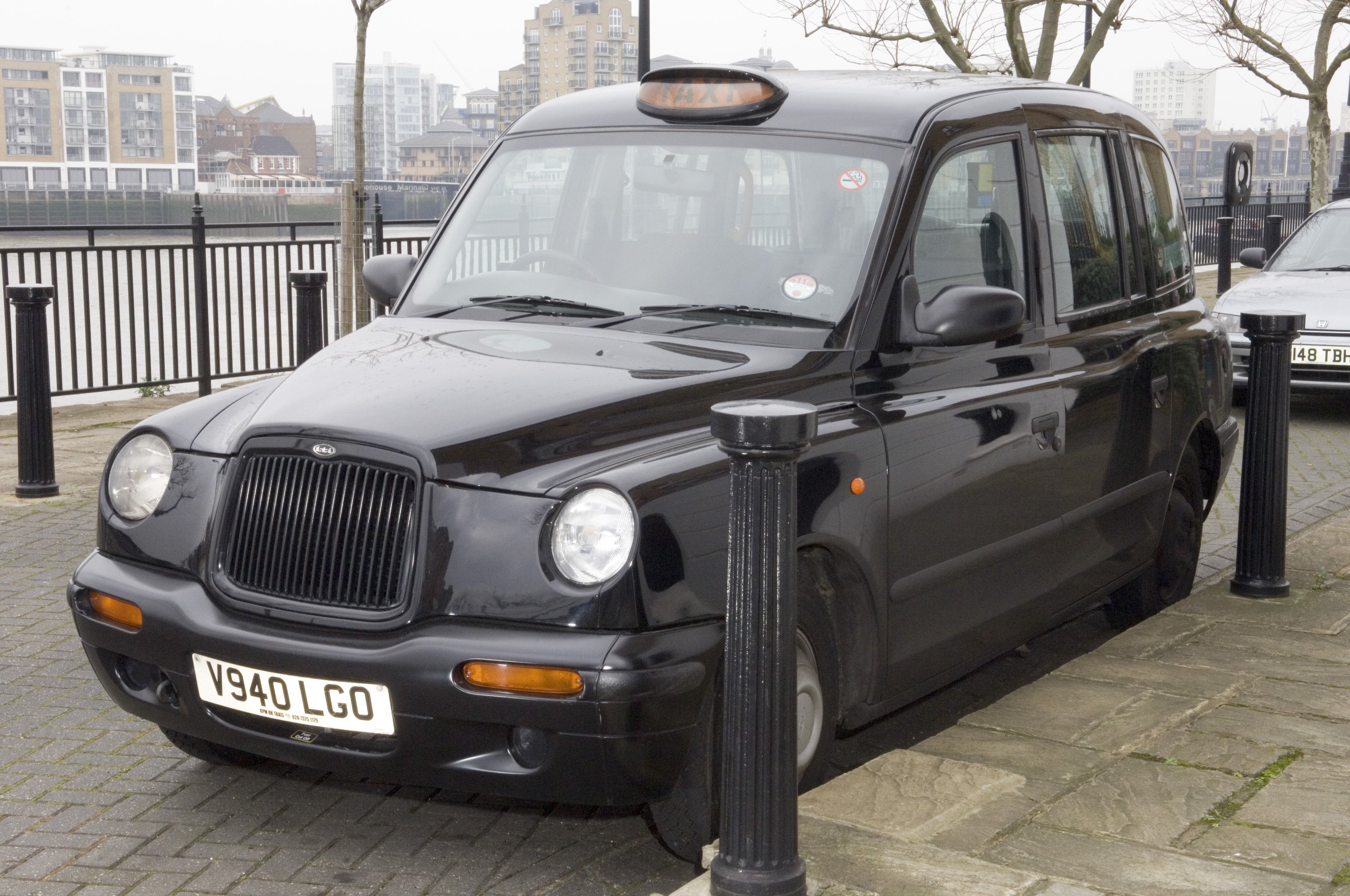 NBV says: “The police had made me believe nothing had happened.”

Women’s safety has become a national talking point this week after Metropolitan Police officer Wayne Couzens was charged with the kidnap and murder of Sarah Everard.

He is also suspected of a sex offence on another woman three days before Sarah disappeared in Clapham, south London.

Solicitor Harriet Wistrich, director for the Centre for Women’s Justice, who helped block Worboys’ release in 2018, said: “Women are at risk from male violence in so many settings, even when they take steps to protect themselves, like using a black cab. 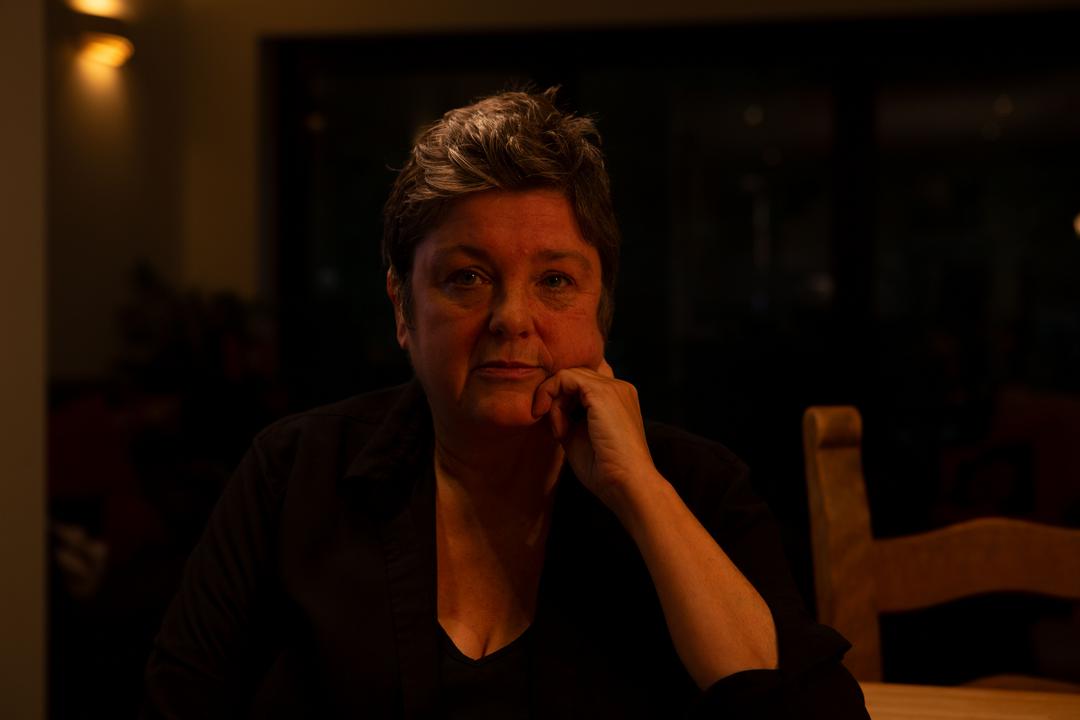 “Worboys, like the allegations against the suspect, was allowed to become more and more dangerous because he wasn’t effectively policed.”

The programme charts Worboys’ horrific spree of attacks in which he is believed to have preyed on more than 100 women in London over at least five years.

NBV was his 79th victim and is coming forward now because she has recently become a mother and wants a safer world for her child.

She says: “It’s really important the police do their jobs correctly and mistakes are not repeated in the future.”

Cops had the chance to arrest Worboys after she reported the attack in July 2007, but they let him off without asking several key questions.

The tape of that interview will be heard for the first time on the documentary.

Previously, only transcripts were read in court.

Producer Sheun Adelasoye, Head of Access at October Films, said: “The tape itself was never played. Having heard the tape in its entirety, I can see why.”

In it, one officer is heard apologising to Worboys for interviewing him.

An officer also suggests NBV might have offered sex to pay for her fare.

Shuen adds: “They give Worboys possible reasons to support why the complainant NBV wasn’t credible and they laugh and joke with him about some of the allegations NBV made.” 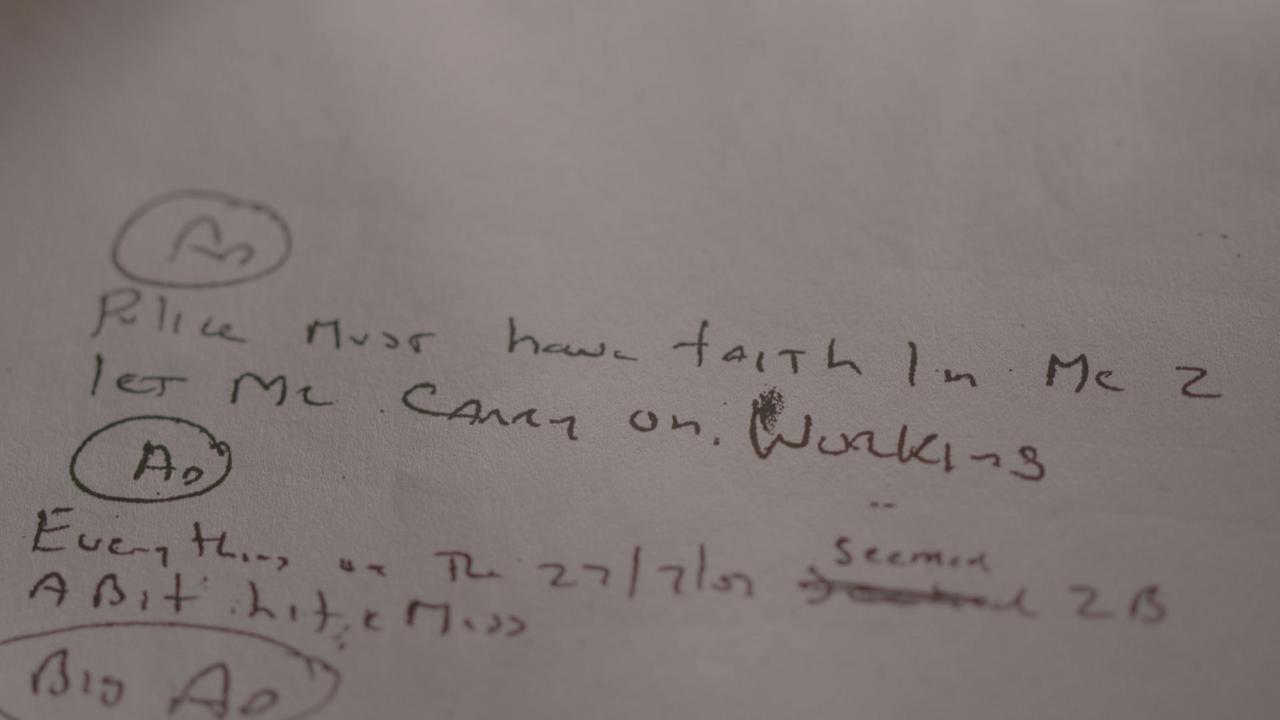 'After the pill, I don't remember anything'

For NBV, listening to the tape brought back that horrific night when, as a 19-year-old student, she stepped into Worboys black cab outside a London nightclub.

She says: “Hearing his voice is incredibly traumatic. It takes me back to being in his cab.”

NBV had been careful not to drink much that night because she was working the following day.

She describes the driver as “approachable and chatty.”

She says: “He told me he had won a lot of money and showed me the money. He said he was celebrating and asked me to have a drink with him.”

This was Worboys’ modus operandi.

He would pick up young women from outside bars and clubs and insist they should have a drink to celebrate a big money win.

The drink was spiked with over-the-counter medicines, which, combined with the alcohol, would render the woman stupefied, with little or no recollection of the attack. 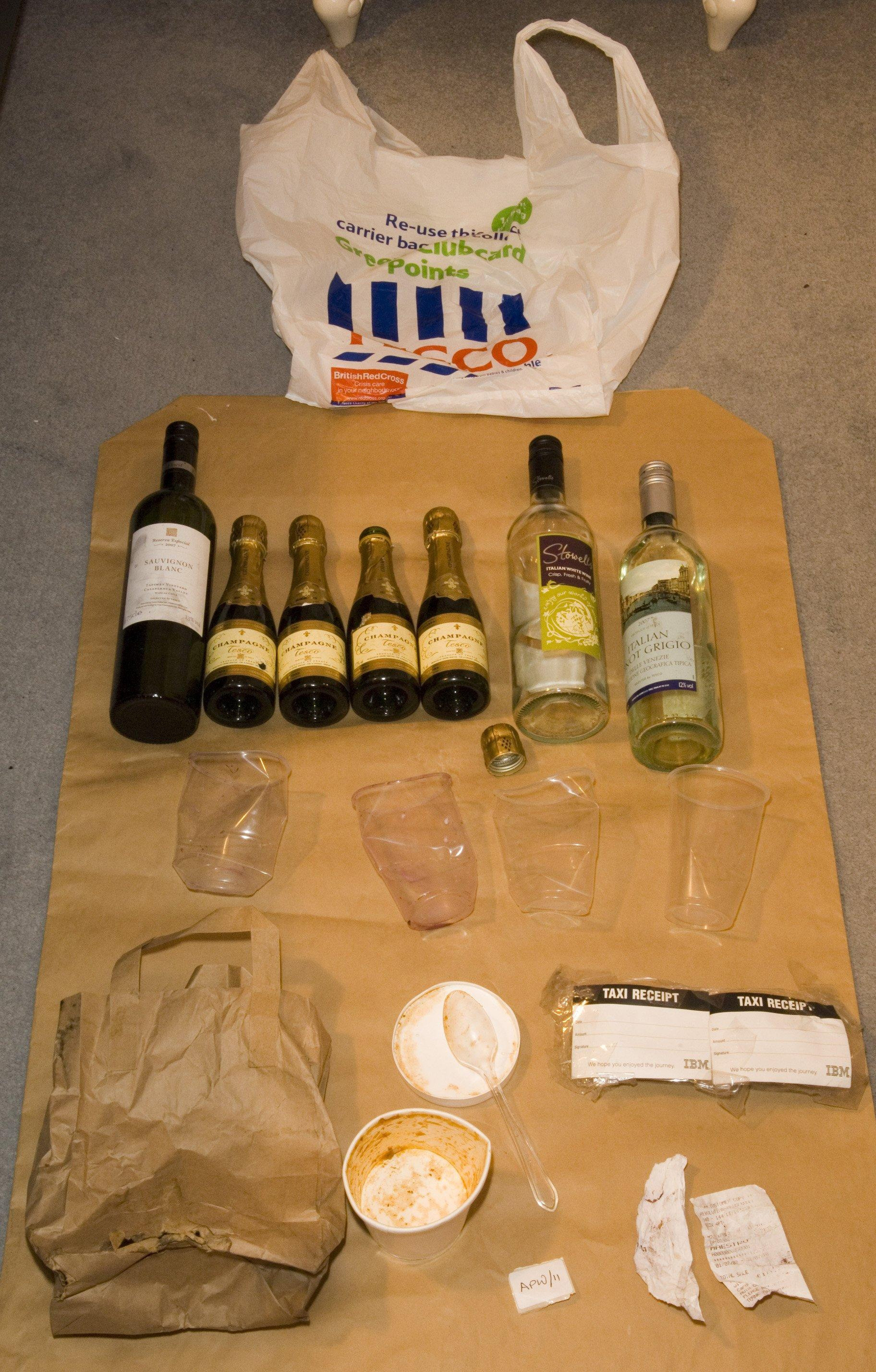 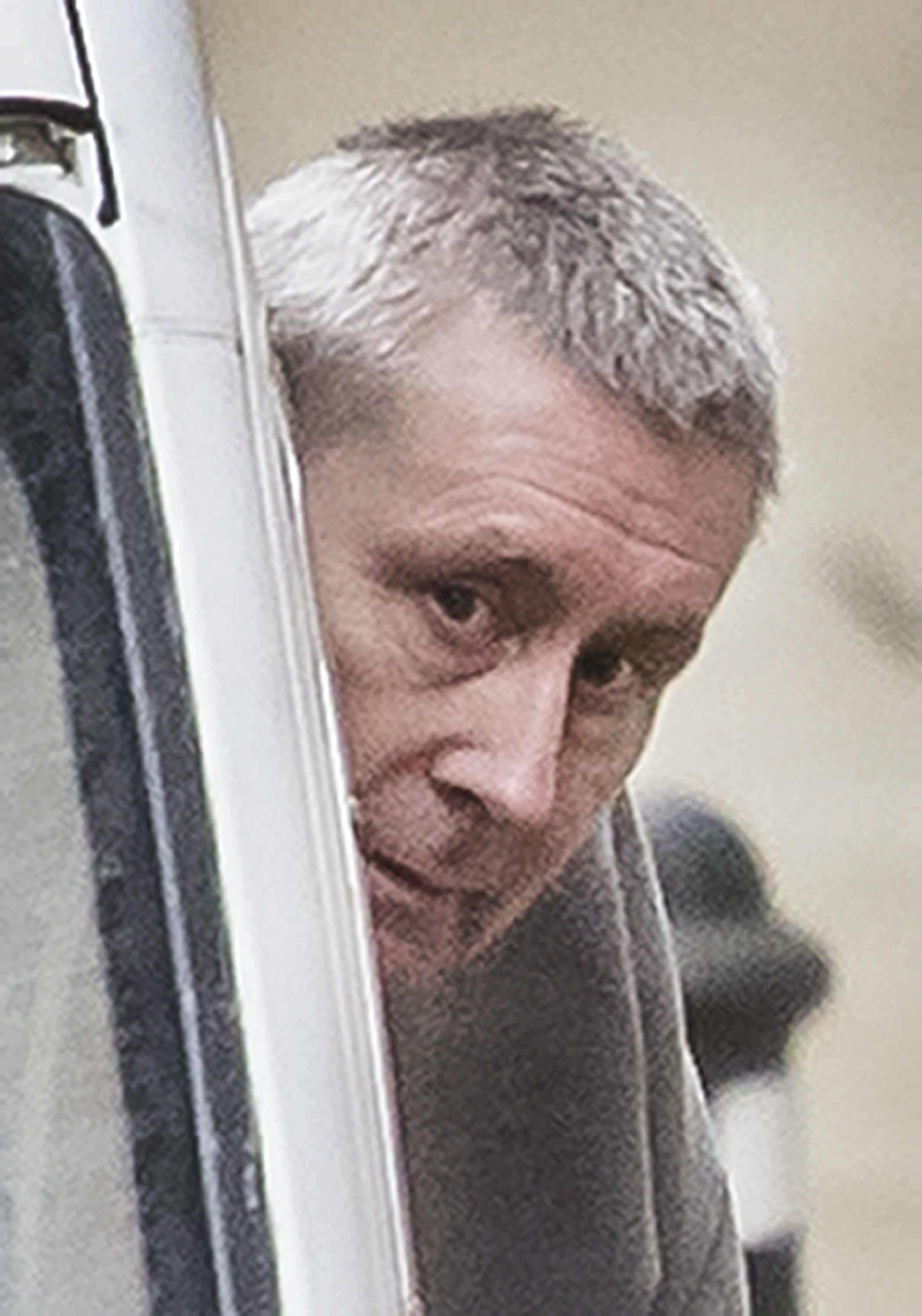 NBV initially refused the drink, but on seeing Worboys becoming agitated, she took a sip to placate him.

She says: “I can only describe it as similar in colour to prosecco, however it didn’t taste like anything I had had before.”

When she started to become drowsy, Worboys stopped the vehicle and forced a pill down her throat, gripping her cheeks to make sure she swallowed.

NBV says: “After the pill, I don’t remember anything.”

She woke up in her bed the following afternoon, having missed her shift at work, and started experiencing flashbacks.

She says: “I knew something terrible had happened.”

After reporting the attack to her university, she gave a police statement, which she describes as “humiliating.”

She says police asked about her drinking and noting her red nail polish, asked if she often also wore red lipstick.

NBV said: “They made me feel like anything that had happened to me was because I deserved it.” 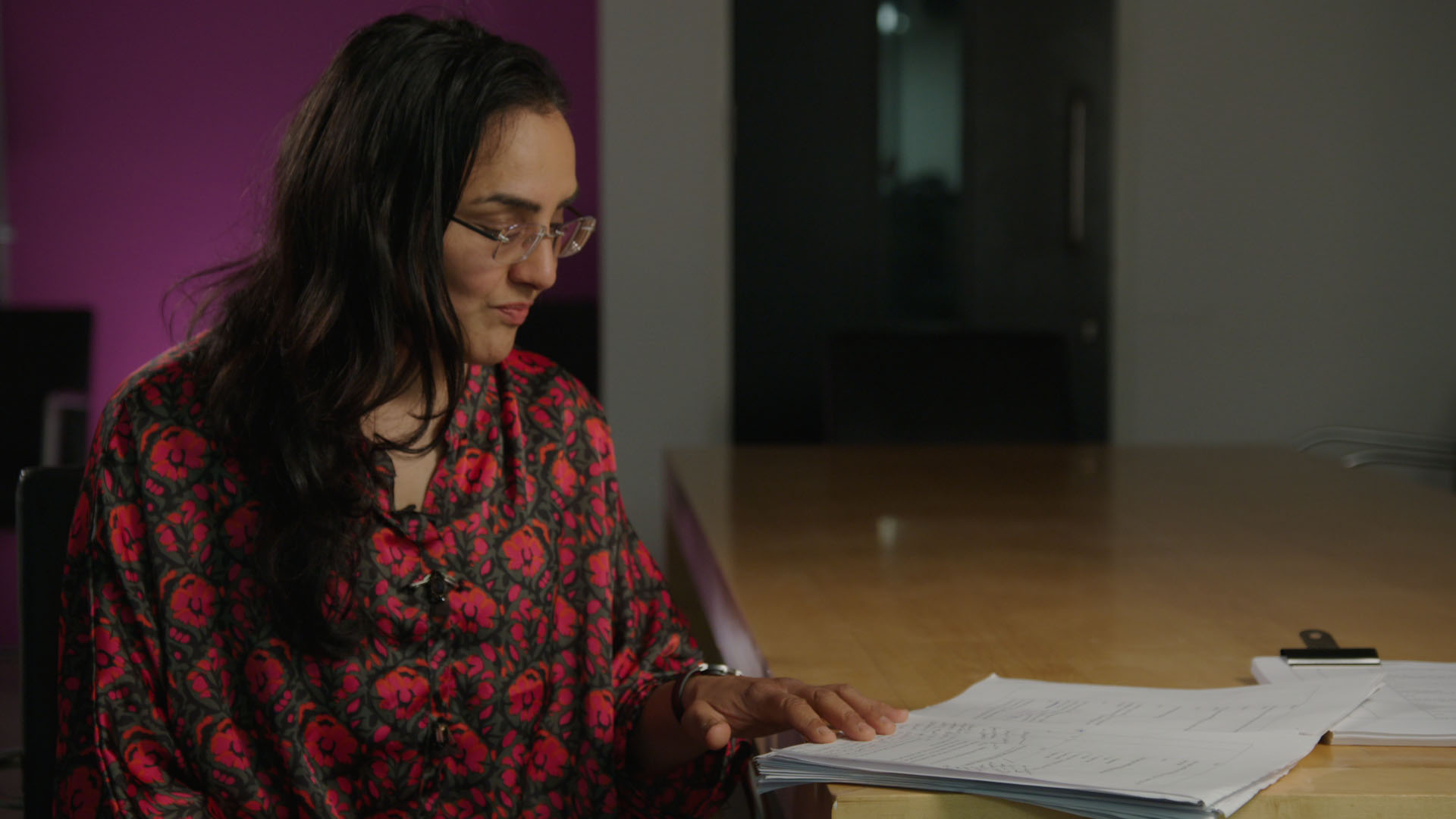 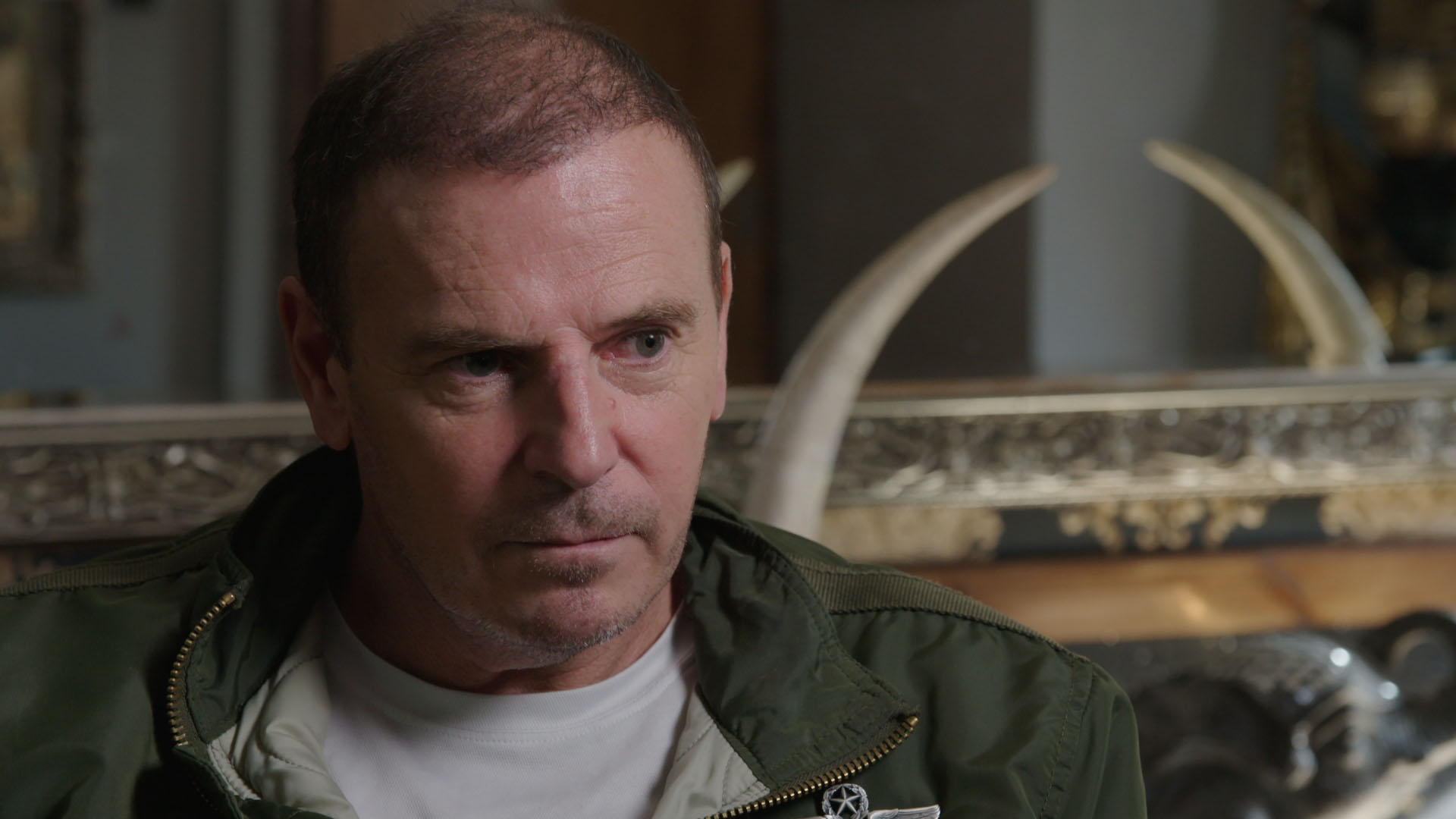 CCTV footage led them to Worboys, but when police found he wasn’t at his home in Rotherhithe, south London, they left him a note, giving him time to prepare his defence.

In his interview at Plumstead Police Station, he claims he is “wary” of picking up drunk women and despite CCTV images showing him helping NBV into her halls of residence, he insists, “I certainly wasn’t touching her.”

He was released without charge, leaving him free to attack dozens more women until he was finally arrested on February, 16th, 2008.

NBV hoped the officers involved were sacked. In fact the detective inspector in charge was given a written warning.

Afterwards, Worboys, who also worked as a stripper, wrote hundreds of pages about the attack on NBV, extracts of which are heard on the Channel 5 documentary for the first time.

He wrote: “Police must have faith in me to let me carry on working. She kept flashing and rubbing her t*ts. She wanted to sh** and f*** me.

“Most men would have got hold of her and done worse things.”

She said: “For him, when she gets into the cab, that’s a green light. That’s consent.

'We owe both women a lot'

In the diary, which also covers victim number 80, Worboys claims it was him who was the victim of sexual assault in both.

NBV is also shown pictures of Worboys’ rape kit, including a bag of money, the drugs and bottles of alcohol he used.

NBV said: “Looking at these pictures, I can’t help but think had the police gone to Worboys’ home when I had reported the crime, they would have found evidence.”

Worboys was found guilty of 19 charges of drugging and sexually assaulting 12 women, in one case raping his victim, at Croydon Crown Court in March 2009 and given an indeterminate prison sentence. 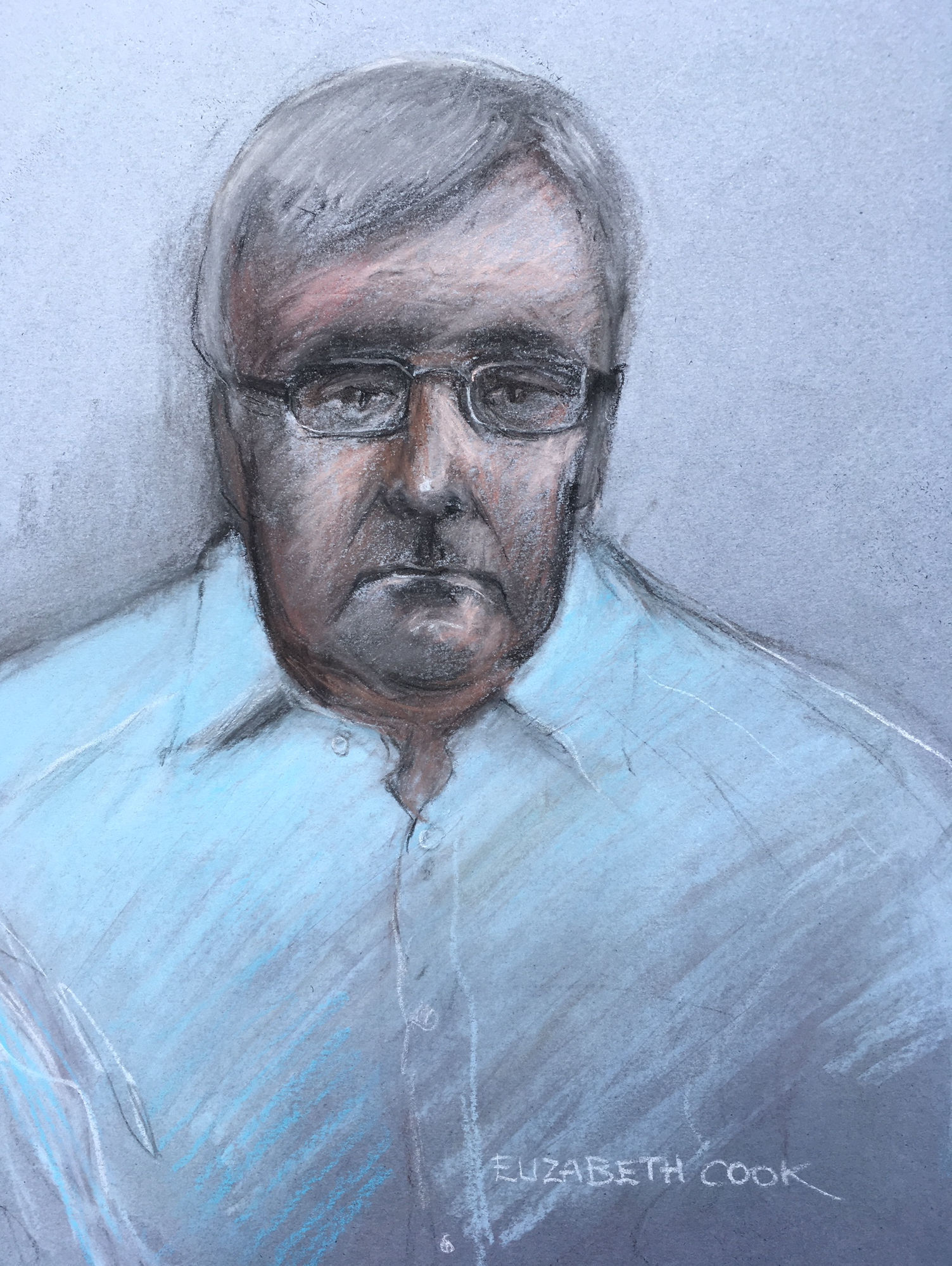 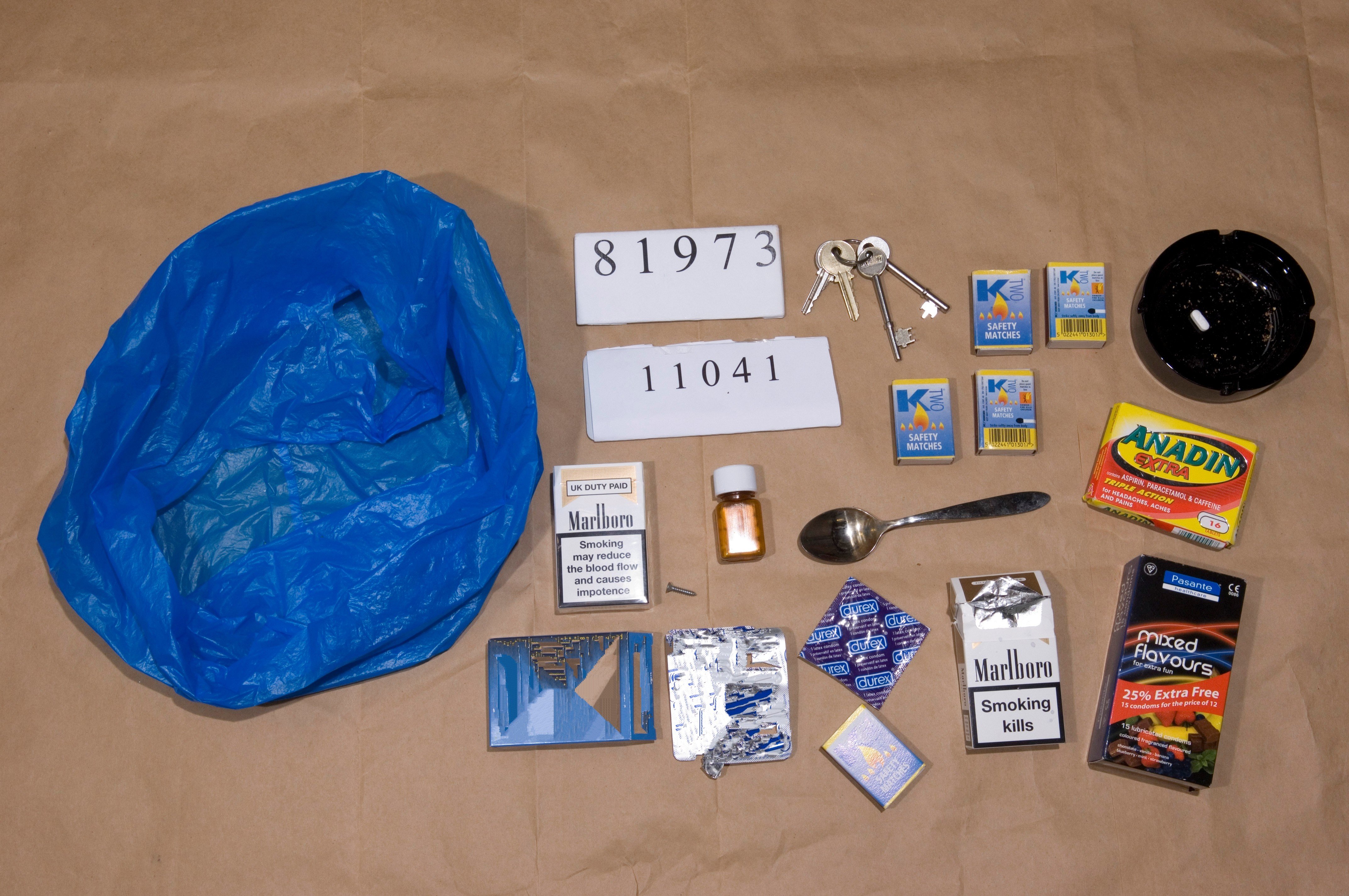 In 2013, NBV and the victim known as DSD took the police to court for failing to investigate their assaults properly, and won.

Historically, the police had immunity against negligence suits, but this set a precedent that they could be sued for failure to investigate sexual assault cases.

Lawyer Harriet Wistrich, who acted for them, said: “NBV and DSD are extraordinary women.

“They felt a moral duty to hold the police accountable – not only for the justice of their own situation but because they wanted to ensure lessons were learned.

“This was a great public service and we owe both women a lot.”

Just eight years into Worboys’ prison sentence, in 2016, NBV discovered from a newspaper article that he had been granted release by the parole board.

Again, she and DSD, took their fight to court and succeeded in overturning the decision. 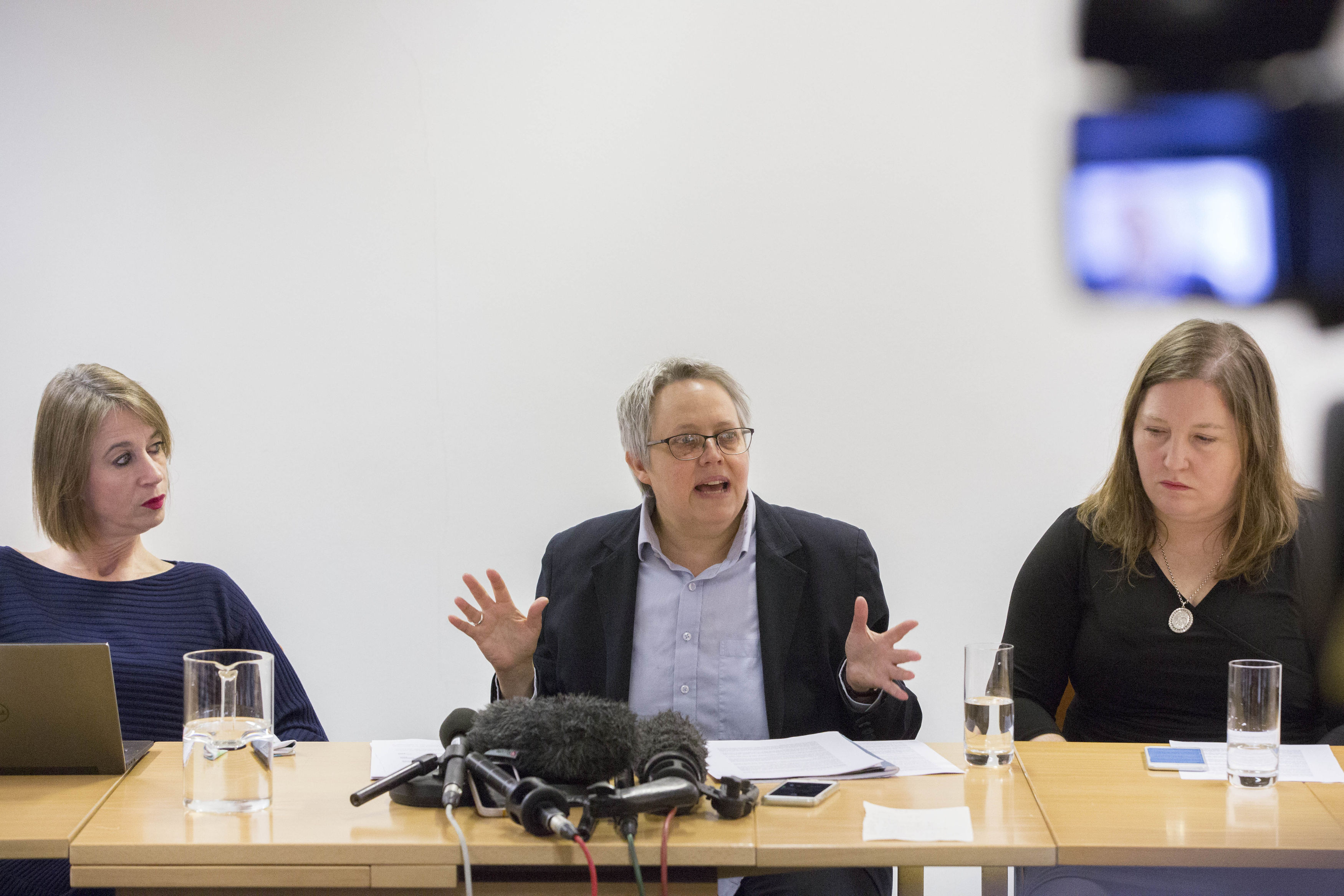 In 2019, he was convicted of four further offences and given two life sentences.

Mrs Justice McGowan told him: “I do not know when, if ever, you will cease to be a risk.”

But Harriet says the Crown Prosecution Service is often “risk averse” when it comes to making a decision to charge someone in rape cases, particularly in drug rape cases.

Referring to the protests about women’s safety on the streets in the wake of Sarah Everard’s murder, she says: “I am convinced other Worboys’ type offending is going unpunished.

“This is the crisis in the Criminal Justice System that has led to so many protesting in the last week.”

For NBV, she continued her moral fight despite often being “triggered” by Harriet’s phone calls and still has nightmares about the assault.

Sheun says: “NBV is adamant she is a survivor, not a victim.

“But she has an unjustified sense of guilt about the women who were raped after she made her complaint.

“Not ever really knowing the full detail of what happened to her is what most haunts her.”