POSH Kensington and Chelsea is the “Range Rover capital of Britain” by a large margin, with the SUV making up one in ten new cars registered in the district, says a study.

Here's more on SUVs, and whether the so-called 'Chelsea tractors' could be banned from cities in the UK. 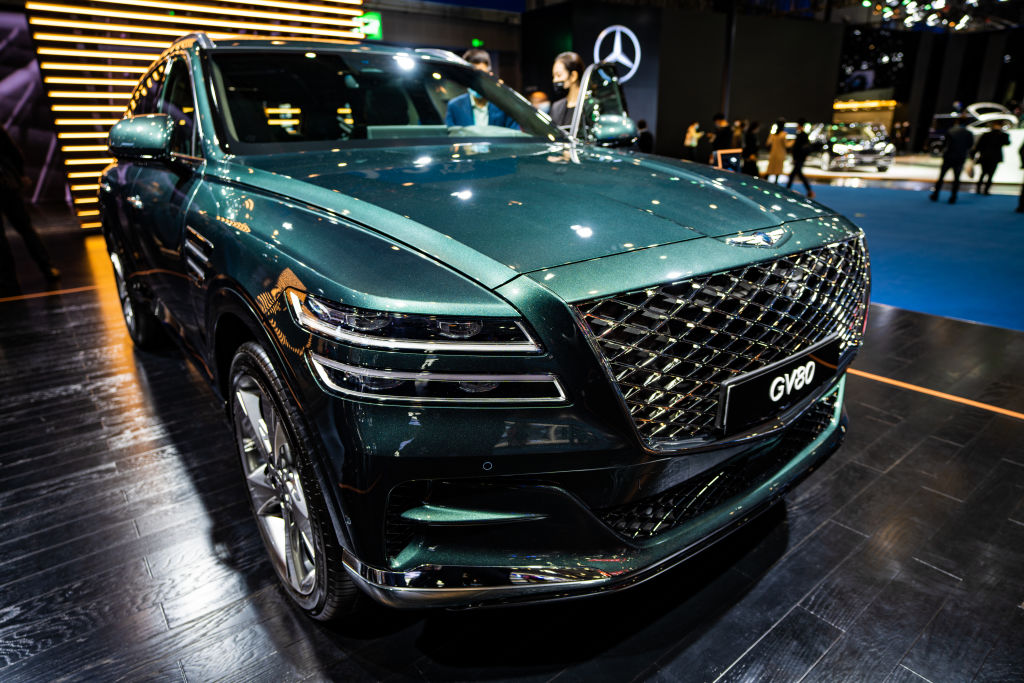 What is an SUV?

Brayleys explains more fully: "An SUV is a car with a body shape that’s characterised by big wheels and increased clearance height, with chunky, sporty styling.

"The SUV generally has a rugged appearance that inspires fun and adventure.

"SUV cars are also ideal for transporting passengers and heavy or awkward loads. And SUVs cope very well with all types of road conditions, tracks and uneven ground surfaces."

The website adds that, by comparison, a pure 4×4 vehicle is specifically designed for off road performance, "without necessarily having the efficiency and practicality of an SUV".

The firm describes SUVs as "a vehicle jack of all trades, they’re also very handy for going to the DIY store and doing the school run too".

Are SUVs being banned in cities?

SUVS should be banned from cities to help protect pedestrians and cyclists, safety experts have urged.

Plus, a surge in the popularity of SUVs has contributed to them becoming the second largest contributor to an eight-year global emissions rise, according to recent research.

The European Transport Safety Council has called on local councils to prohibit SUV motors to help reduce the number of fatal accidents on the road.

The risk of severe injury or death is much higher in crashes with SUVs and vans compared to smaller passenger models, according to ETSC.

This is because SUVs are heavier, have higher bumpers and are stiffer.

Golf star Tiger Woods was found unconscious in his SUV after his big crash in a 2021 Genesis GV80. He suffered “significant orthopaedic injuries” to his legs in February, 2021.

BBC News reports that drivers in crowded cities are being urged to think twice before buying a big SUV.

It quoted Steve Gooding, from the RAC Foundation, saying: "We should all choose the right vehicle for the right trip to cut the size of our carbon footprint.

"It is right to question if suburban drivers need a car capable of ploughing over rivers, across fields and up steep hills just to pop to the shops."

A report released in April 2021 by think-tank, the New Weather Institute, on SUVs says Brits are being taken in by advertising which has "persuaded urban families that they needed the equivalent of two-tonne trucks to go shopping".

The organisation writes: "Our analysis of the data on new car registrations in the UK for 2019 suggests that rising consumer demand for larger, more polluting SUVs is not primarily driven by buyers’ practical needs.

"Large SUVs are most popular, not in remote farming regions, but in affluent urban and suburban areas.

Its report adds: "The top three districts for large SUVs – Kensington and
Chelsea, Hammersmith and Fulham, and Westminster – are all inner London boroughs.

"On average, one in three new private cars bought in these areas is a large SUV.

"The borough of Kensington and Chelsea is also the Range Rover capital of Britain, by a considerable margin; one in ten new cars registered in the district is a Range Rover." 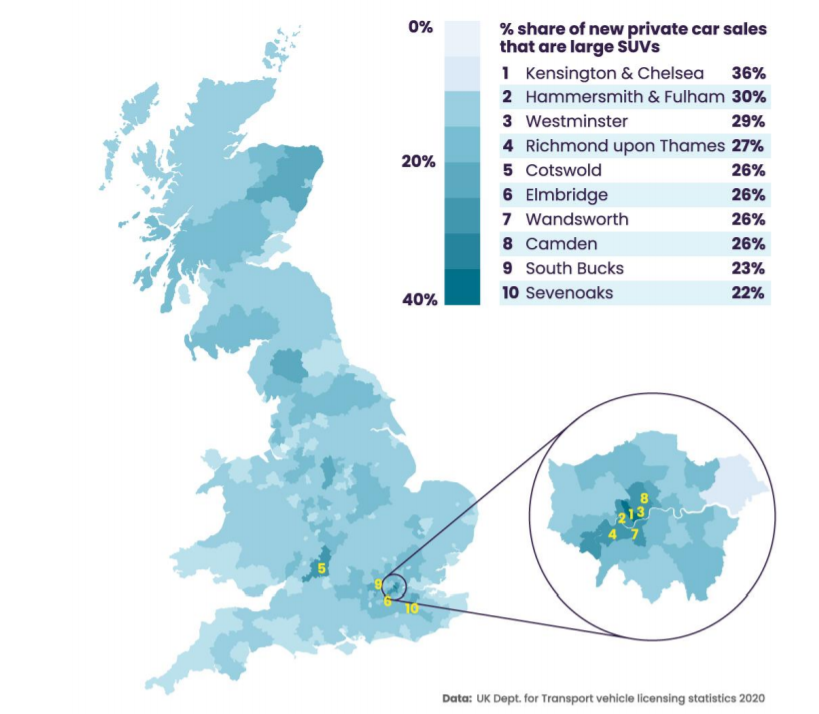 NWI has called for a ban on advertising of SUVS, "in keeping with the UK's climate commitments, and as 2021 host of the United Nations climate conference COP 26.

"SUVs have been identified as the second biggest source of the global rise in carbon emissions since 2010, after the power sector."

But, Edmund King, president of motoring organisation, the AA, told the BBC: "Talk of banning the advertising of SUVs is a naive approach.

"Some of the cleanest cars come in the SUV shape, but are all electric such as the Jaguar I-Pace, Tesla Model X or Hyundai Kona.

"The auto industry is developing a wide range of cleaner, greener vehicles with some of the best in SUV styles."

King also pointed out that not all SUVs are large.

He said that smaller SUVs were popular as they offered motorists a higher driving position, "practicality, safety and looks of more traditional off-roaders, but without the high price, running costs or emissions."

King said vehicles including "the Nissan Juke are often the family car of choice in suburban areas."

The New Weather Institute has studied SUVs in the UK, and reports: