A Taiwanese horror video game which linked China’s President Xi to Winnie the Pooh has been pulled from sale again.

The hit title, called Devotion, was retracted for the second time yesterday after causing controversy last year over a symbol that combined the names of the leader and the cartoon bear.

Its developer announced yesterday that it would start to sell the game once again from Friday – only for its distribution site to reject the decision hours later. 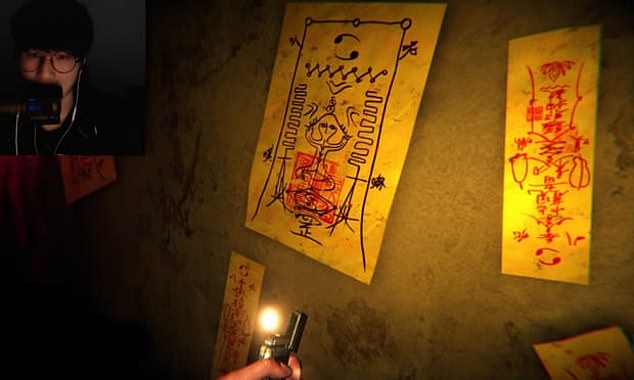 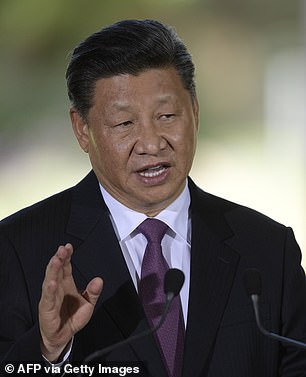 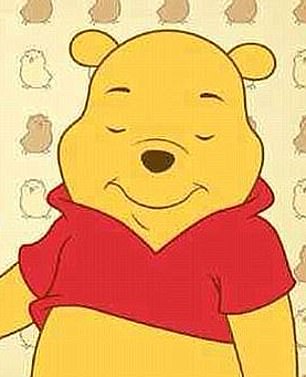 China is extremely sensitive about any mentions of Winnie the Pooh in relation to its President.

Beijing has launched a series of crackdowns on the lovable cartoon bear since 2017 after Xi’s appearance was compared to that of the honey-loving character.

The game was banned in China last year and its Chinese publisher lost its business license for ‘endangering national safety’, according to previous reports.

Produced by independent Taiwanese developer Red Candle Games, Devotion takes players through the various room of the apartment of a Taiwanese family in different years in the 1980s.

In a tweet on Wednesday, Red Candle Games announced that it would start selling the game through digital distribution platform GOG.com from December 18 for $16.99/€13.99.

But Poland-based GOG decided against the move just a few hours later.

‘After receiving many messages from gamers, we have decided not to list the game in our store,’ it tweeted.

Red Candle Games then expressed its regret for the decision, but added that it was ‘willing to understand and respect GOG’s decision’.

‘This is a difficult predicament to overcome, but we won’t stop thriving,’ its tweet read.

The controversy began shortly after its release when Chinese gamers noticed a poster hanging in one of the rooms with a controversial stamp.

The imprint, ‘Xi Jinping Little Bear Winnie’, contained the full name of China’s President and the Chinese name of Winnie the Pooh.

Chinese players were angered by the discovery and review-bombed Devotion on Steam.

Red Candle Games claimed that the symbol was a ‘placeholder’ that should have been deleted before the release.

The company said in a statement that it was ‘deeply sorry’ for the ‘accident’ and ‘sincerely ask for the forgiveness’ of its players. 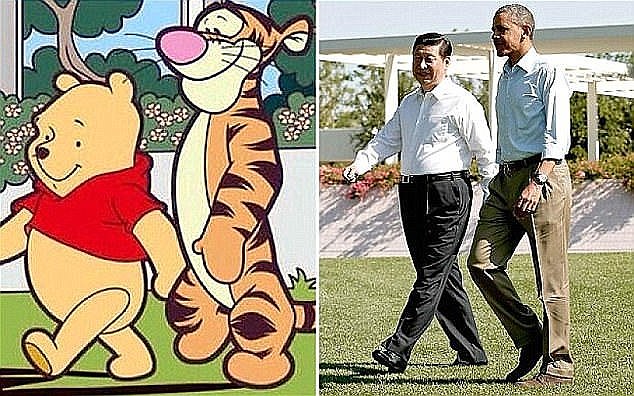 In 2013, Chinese net users circulated pictures (above) that placed an image of Pooh and his slender friend ‘Tigger’ beside an image of Xi walking with then-US President Barack Obama 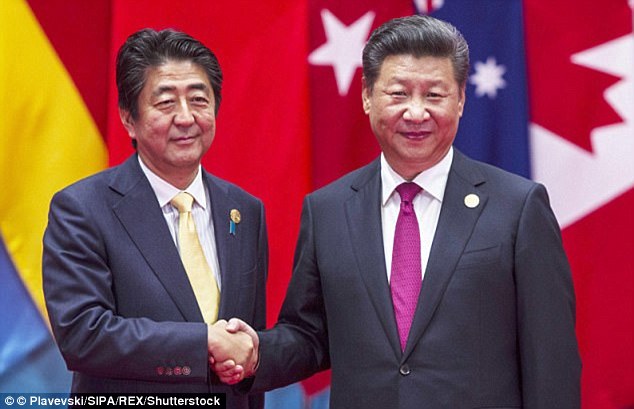 In 2014, a photographed handshake between President Xi and Japanese Prime Minister Shinzo Abe (not the one above) also sparked internet memes. Above, Abe and Xi shake hands before a group photo session for the G20 Summit in Hangzhou, China, last September 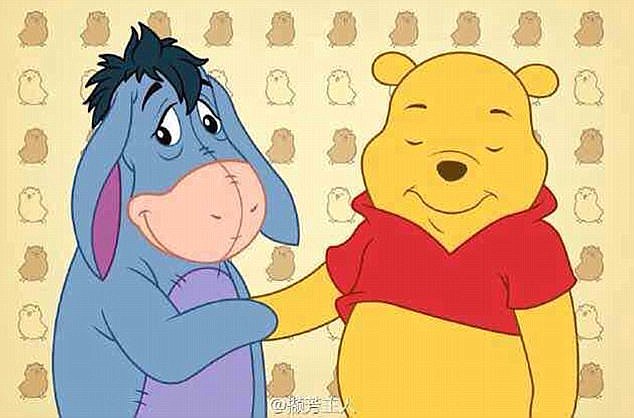 But that wasn’t enough to put the matter to bed. Two days later, the company said it had decided to pull the game ‘due to technical issues’.

It promised to review the content in the game once more to ensure that ‘no other unintended materials’ were included.

In June last year, Chinese authorities revoked the business license of Indievent, the publisher behind Devotion, for allegedly endangering national security and harming the public interest.

A month later, Red Candle Games apologised over the matter again and said the incident had caused it ‘immeasurable harm’. It referred to the symbol as ‘a critical and unprofessional error’ and hoped for ‘a second chance in the future’.

Comparisons between Xi and Winnie the Pooh first emerged in 2013, after Chinese social media users began circulating a pair of pictures that placed an image of Pooh and his slender tiger friend ‘Tigger’ beside a photograph of Xi walking with then-US president Barack Obama. 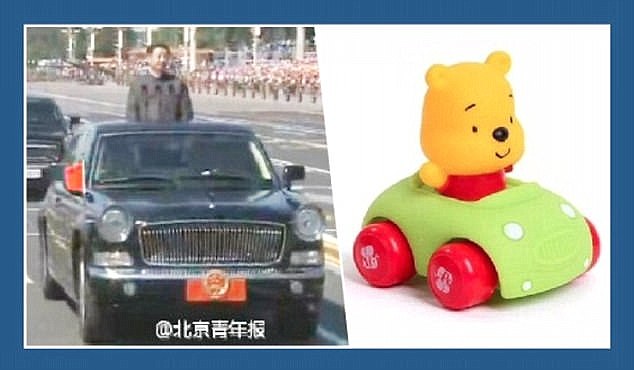 And in 2015, a picture of Xi standing up through the roof of a parade car paired with an image of a Winnie the Pooh toy car (above) is said to be ‘China’s most censored photo’ of the year

In 2014, a photographed handshake between Xi and then Japanese Prime Minister Shinzo Abe was matched with an image of Pooh gripping the hoof of his gloomy donkey friend Eeyore.

Chinese government censors have been erasing the images that mocked Xi on social media. In August 2018, Disney’s Winnie the Pooh film, ‘Christopher Robin’, was denied release in China.

In 2015, the political analysis portal Global Risk Insights called a picture of Xi standing up through the roof of a parade car paired with an image of a Winnie the Pooh toy car ‘China’s most censored photo’ of the year.