SHOCKING footage shows the moment a gang armed with golf clubs chase a man into a shop and begin violently beating him.

The dramatic scene was caught on CCTV in a store believed to be in Wembley, North London. 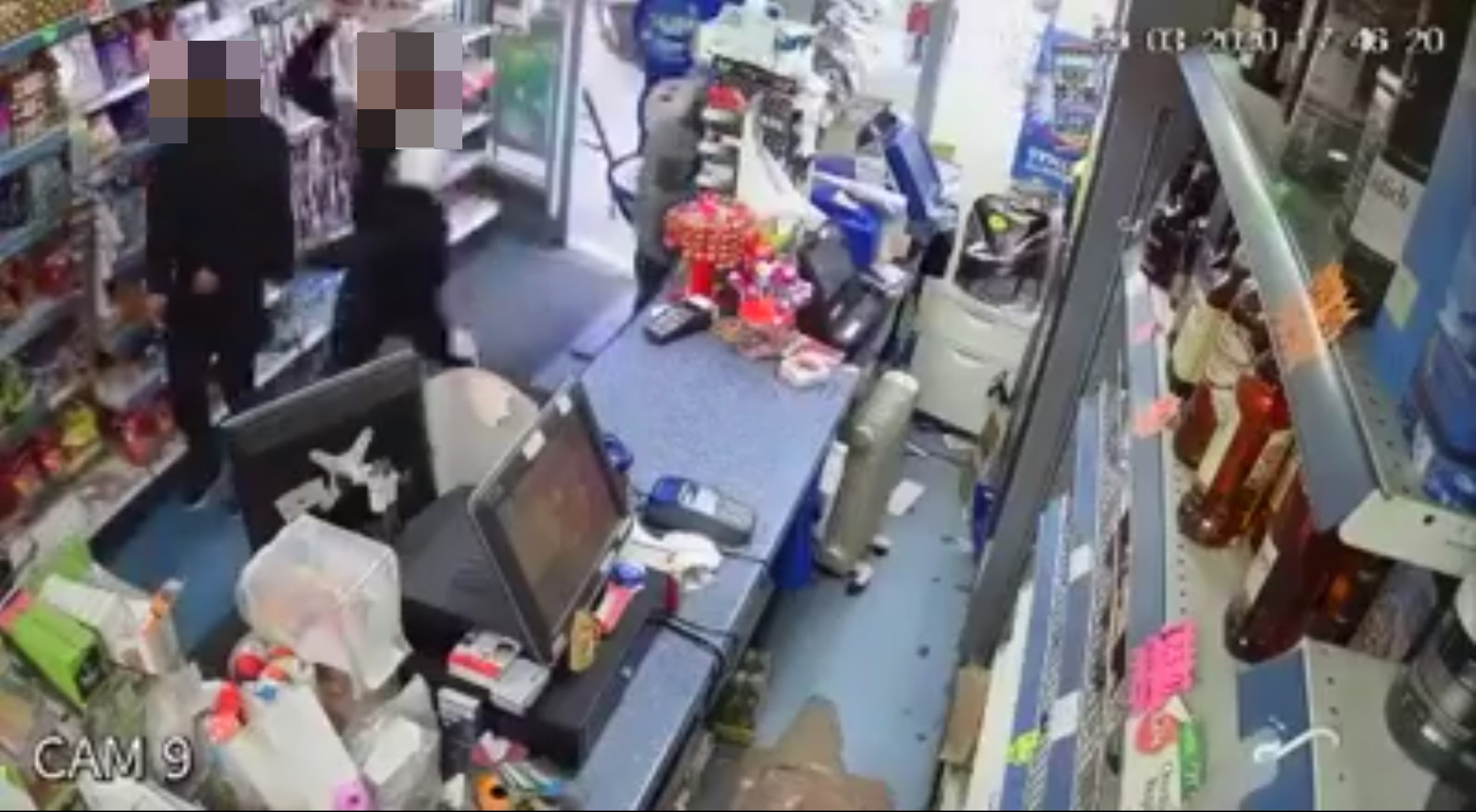 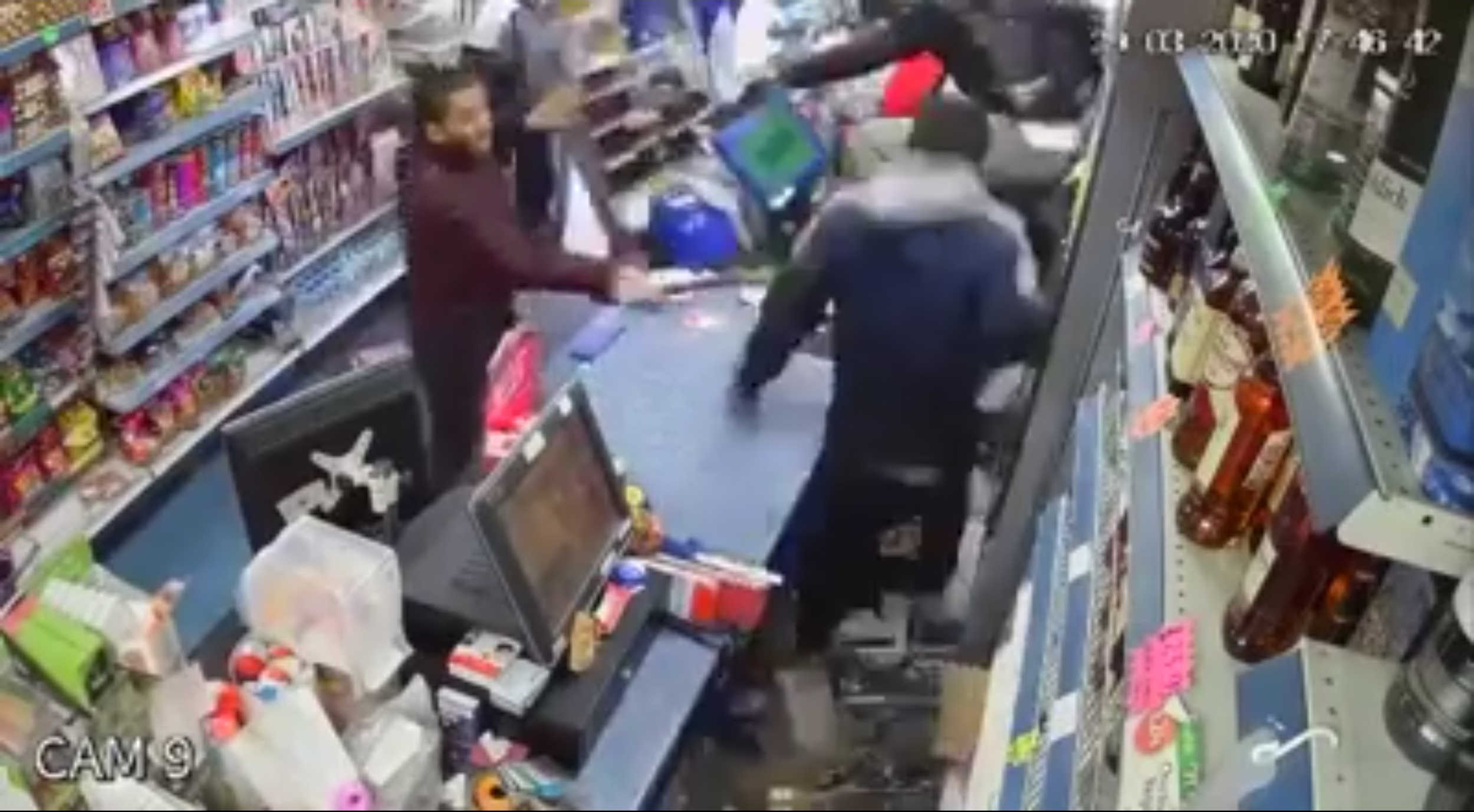 The brutal video was recorded on March 29 but began circulating on social media on Thursday night.

As the clip begins, a group of men are seen chasing a man in a white t-shirt into the shop.

A terrified woman is heard screaming in the background as the man is pursued by fourothers.

The man being chased jumps behind the store’s counter and attempts to shield himself. 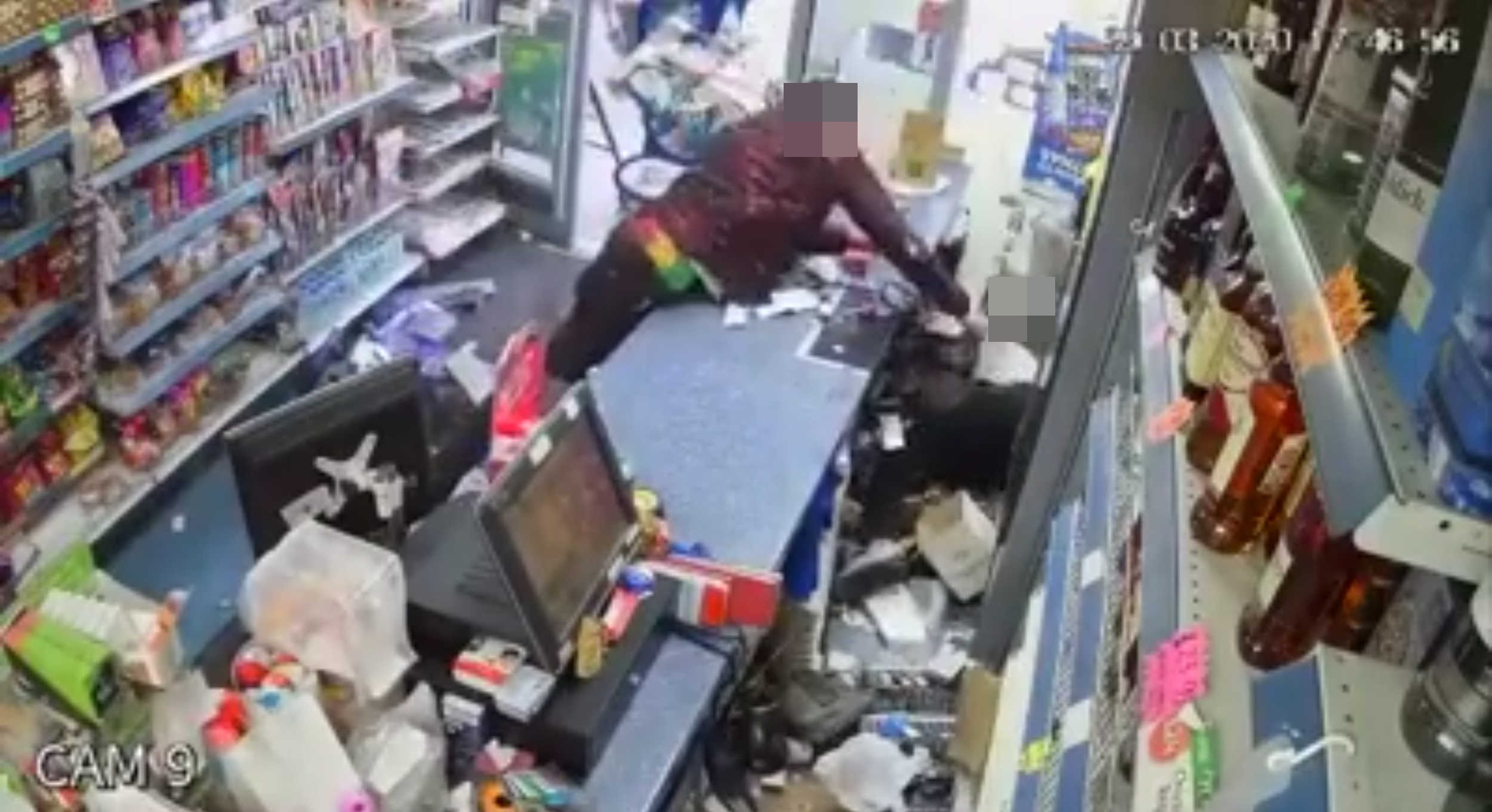 However one attacker, wielding two bottles, jumps up onto the ledge and begins swinging at the victim.

Then another man in a puffer jacket hops over the counter and begins stamping on the man’s head.

The men begin pushing the store’s stock on top of him and continue to beat him as he lies helplessly on the floor.

A third man also armed with a bottle then joins in with the stamping.

A fourth man carrying a hockey stick then repeatedly strikes the man, who flinches as blows rain down on his head and back.

The clip ends with the group exiting the shop, leaving the man in white lying on the ground of the trashed store.

The clip was shared across social media, including by Kim Stockley who posted the video to Facebook with the caption: "Wtf is this country becoming and how on earth do we stop this. Disgusted.” 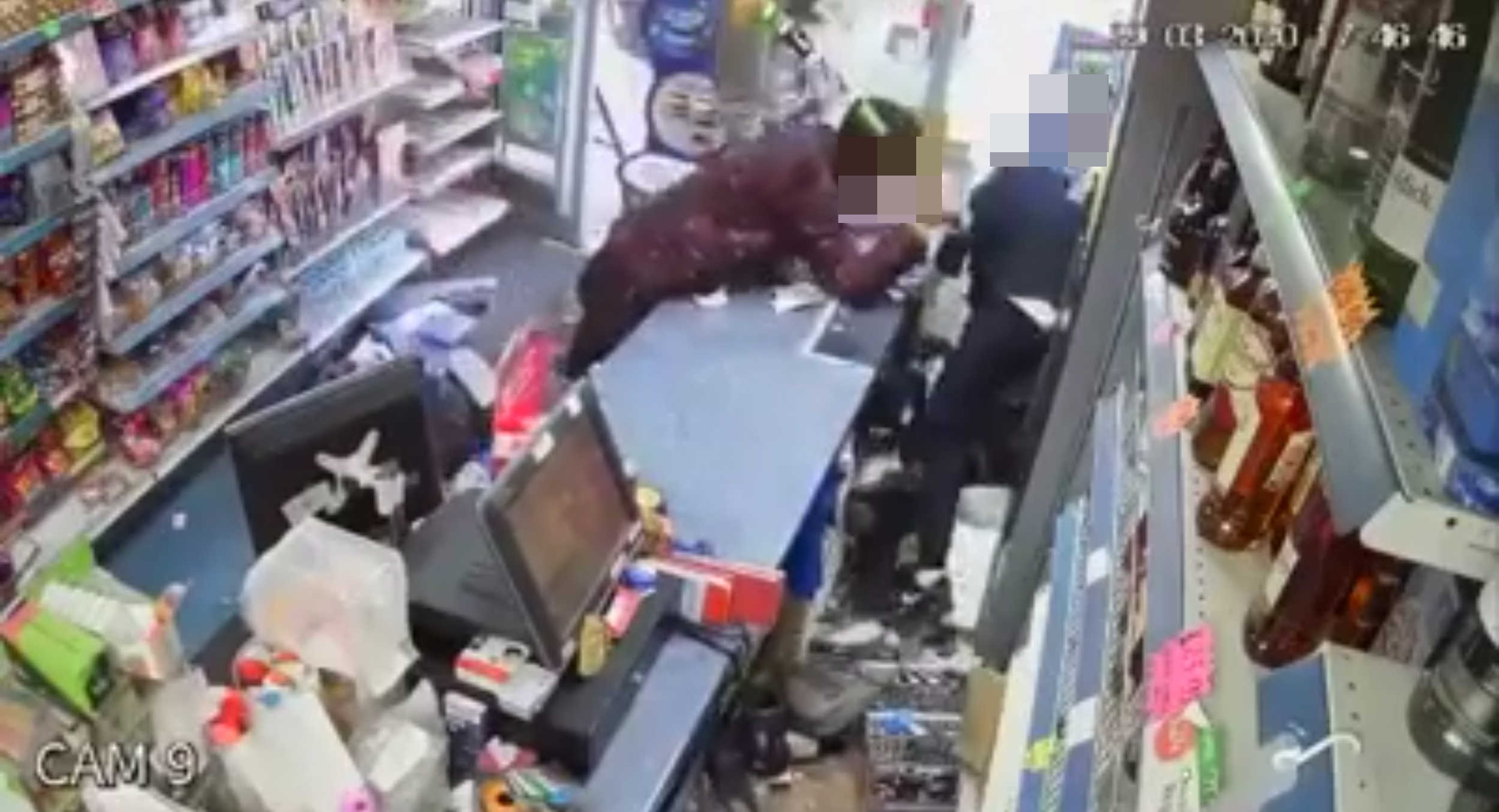