STORM Uri has left millions of people across the US without power. 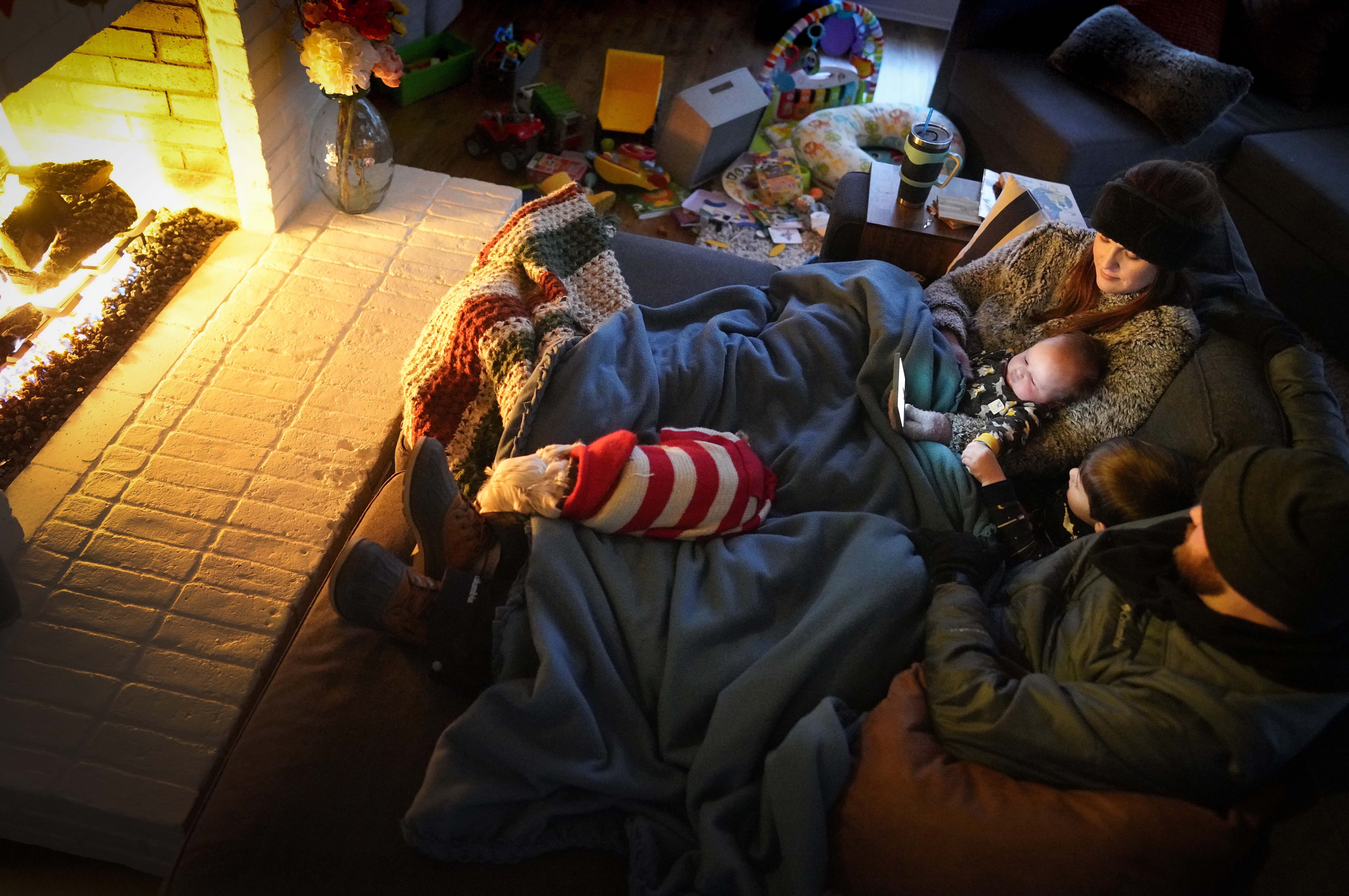 Where in Texas has there been a power outage?

Power outages have hit most major cities in Texas, including Dallas, Houston, Austin and San Antonio.

More than 4.2 million people across the state are without power as the mercury dropped to just five degrees in Dallas with thick snow falling across Texas.

Rolling power blackouts were ordered as the governor was forced to call in the National Guard to help.

All of Texas is under a winter storm warning, and President Joe Biden declared an emergency in the state.

Texas Governor Greg Abbott said: "Due to the severe weather and freezing temperatures across our state, many power companies have been unable to generate power, whether it's from coal, natural gas, or wind power.

"The ultra-low temperatures will last for several days, meaning that what becomes frozen will remain frozen for a long period of time."

In Galveston, up to 95 per cent of homes were still without electricity on Monday afternoon.

The frigid temperatures have caused icy roads, and nine people have died in weather-related car crashes in Texas.

One-third of the US recorded below-zero temperatures yesterday.

Snow fell for just the second time since 1898 in Brownsville, Texas.

The Electric Reliability Council of Texas has asked power customers and business to reduce their electricity use today.

The agency has declared its highest emergency level in more than 10 years. 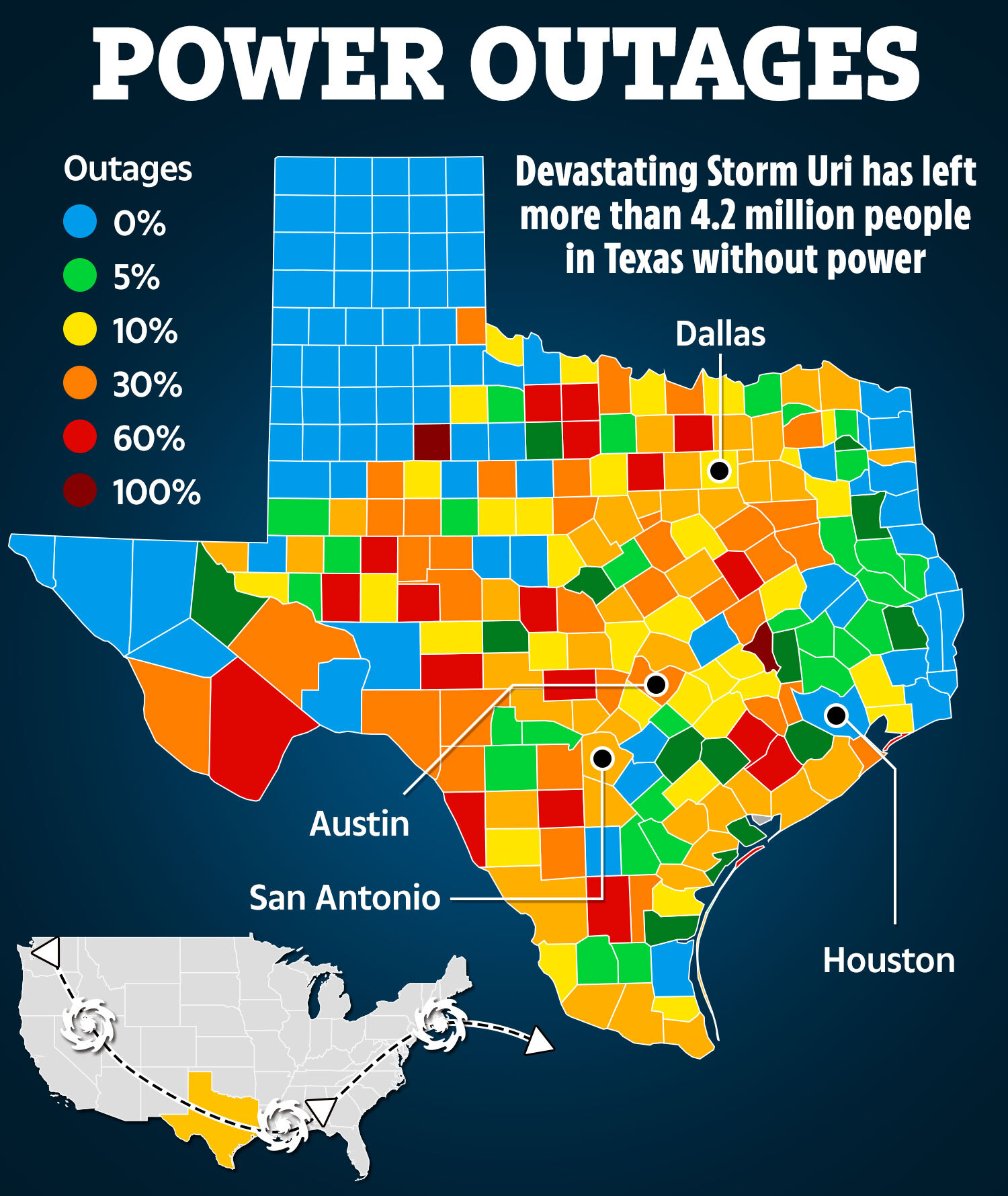 When will power be back on?

State officials warned that homes would most likely not have electricity until at least today, but no firm date has been set.

They could continue until the storm ends.

Harris County Judge Lina Hidalgo said: "Things will likely get worse before they get better."

He defended the rolling blackouts amid criticism.

He said: "This event was well beyond the design parameters for a typical, or even an extreme, Texas winter that you would normally plan for. And so that is really the result that we’re seeing."

Houston Mayor Sylvester Turner has spoken out about the impact of the blackouts.

He tweeted: "The state must own and explain the magnitude of these power outages across the state."

Why has there been a power outage in Texas?

Rolling power blackouts were ordered as the governor was forced to call in the National Guard to help.

Governor Abbott said: "The ability of some companies that generate the power has been frozen. This includes the natural gas and coal generators."

Rolling power blackouts happen when companies cut off power to homes and small businesses for up to 45 minutes before being rotated to another area, the Electric Reliability Council of Texas said.

This is necessary due to there being insufficient electricity to service the whole grid.

Across the country, Storm Uri has caused one man to take a deadly slip on ice in Louisiana, a homeless man in Texas to die from exposure to the cold, and a 10-year-old boy to drown in a pond in Tennessee, according to reports.

At around 6pm, ten states collectively had more than four million outages reported.

The winter storm warning stretches from parts of southern Texas to northern Maine.