Thank you to our heroic paperboys and girls: Newsagents see a surge in orders from people heeding the Government’s advice to cut down on trips out of the house

For generations, they have been the unsung heroes of the early morning.

Now the nation’s paperboys and girls are providing a lifeline to families unable to venture out because of coronavirus.

Newsagents are seeing a surge in orders from people heeding the Government’s advice to cut down on trips out of the house. 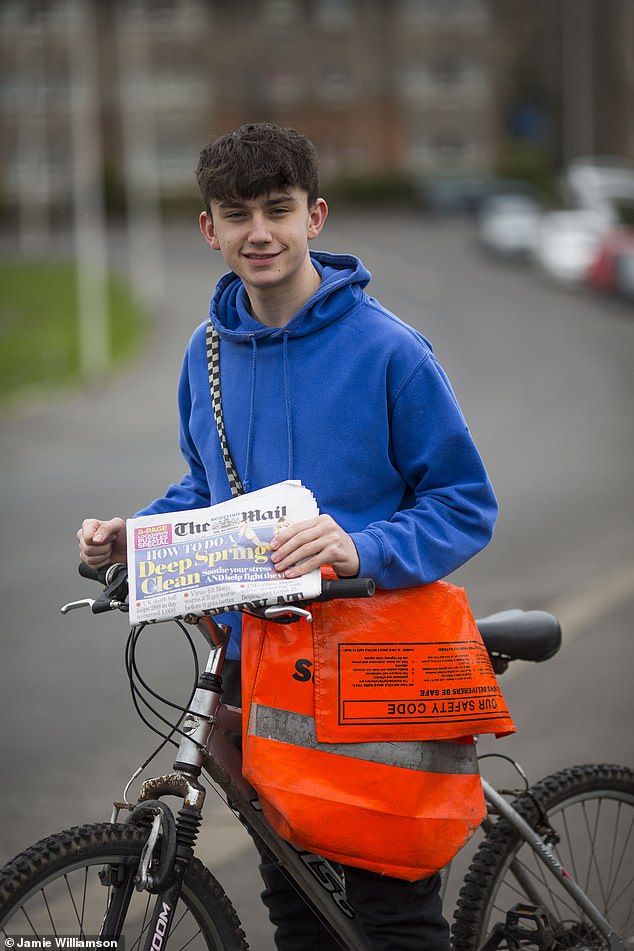 Mail on Sunday paper boy Liam Scobie, 16, on his paper round in the morning

One paperboy, Liam Scobie, already knows what it’s like to play a hero. The 17-year-old fledgling actor from Paisley, near Glasgow, was picked for a prized role in the Amazon Prime drama Outlander, set in Scotland around the time of the Jacobite Rebellion.

But his year-round 6.30am starts for his paper round are a long way away from the bright lights of Hollywood.

‘We’ve had cards from customers expressing their thanks, which means a lot,’ he said. Guy Day, of Jackie’s News in rural Tenterden, Kent, says his team of 30 delivery drivers take in 3,500 homes in 84 villages.

‘There’s no doubt they’re saving lives by allowing all those people to make one fewer trip each day,’ Mr Day said.

Convenience store chain McColl’s, which has ten per cent of the one million home deliveries nationwide, has picked up 11,000 new customers in the past three weeks – more than half of them for The Mail on Sunday or the Daily Mail. 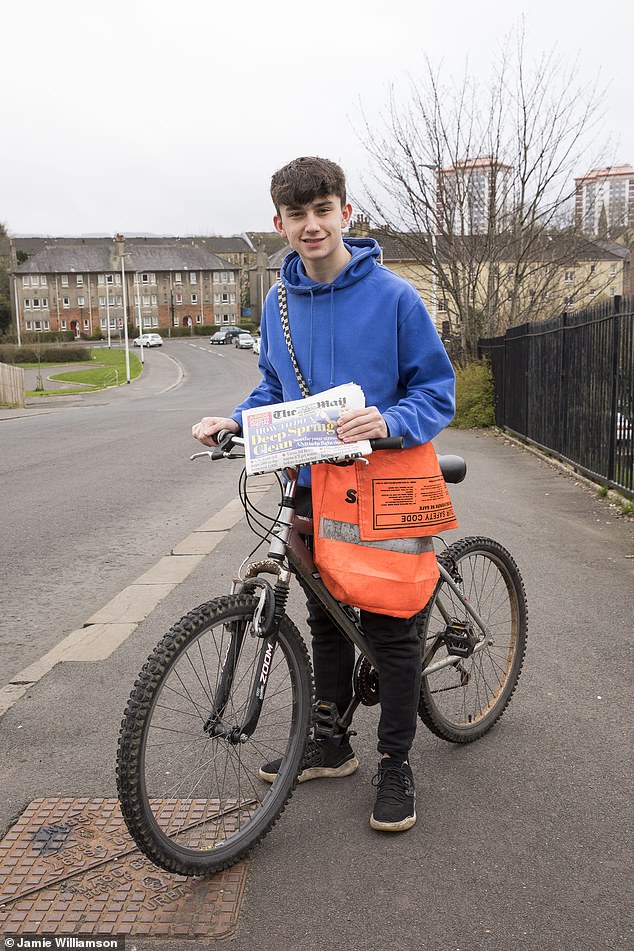