CASES of Covid-19 are still rising in 13 places in England and this interactive map reveals if your area is on the list.

Official data from Public Health England (PHE) states that 95 per cent of local authorities have seen a fall in cases with just three areas remaining at the same infection rate.

The fall in cases in 299 areas in England comes after it was last night revealed that a new variant of the virus is currently being investigated by PHE.

It is understood to be an evolution of the UK variant, containing the E484K mutation, and similar to the one found in Liverpool earlier this year.

Further surge testing has also been announced in Stockton-on-Tees, County Durham, and Brent, north west London in order to track cases of the South African variant.

A fall in infections is key to Prime Minister Boris Johnson's roadmap out of lockdown which will see parts of society open up one by one.

There are 13 areas where cases are still rising in England, however infection rates in general have dropped off significantly in the last week. 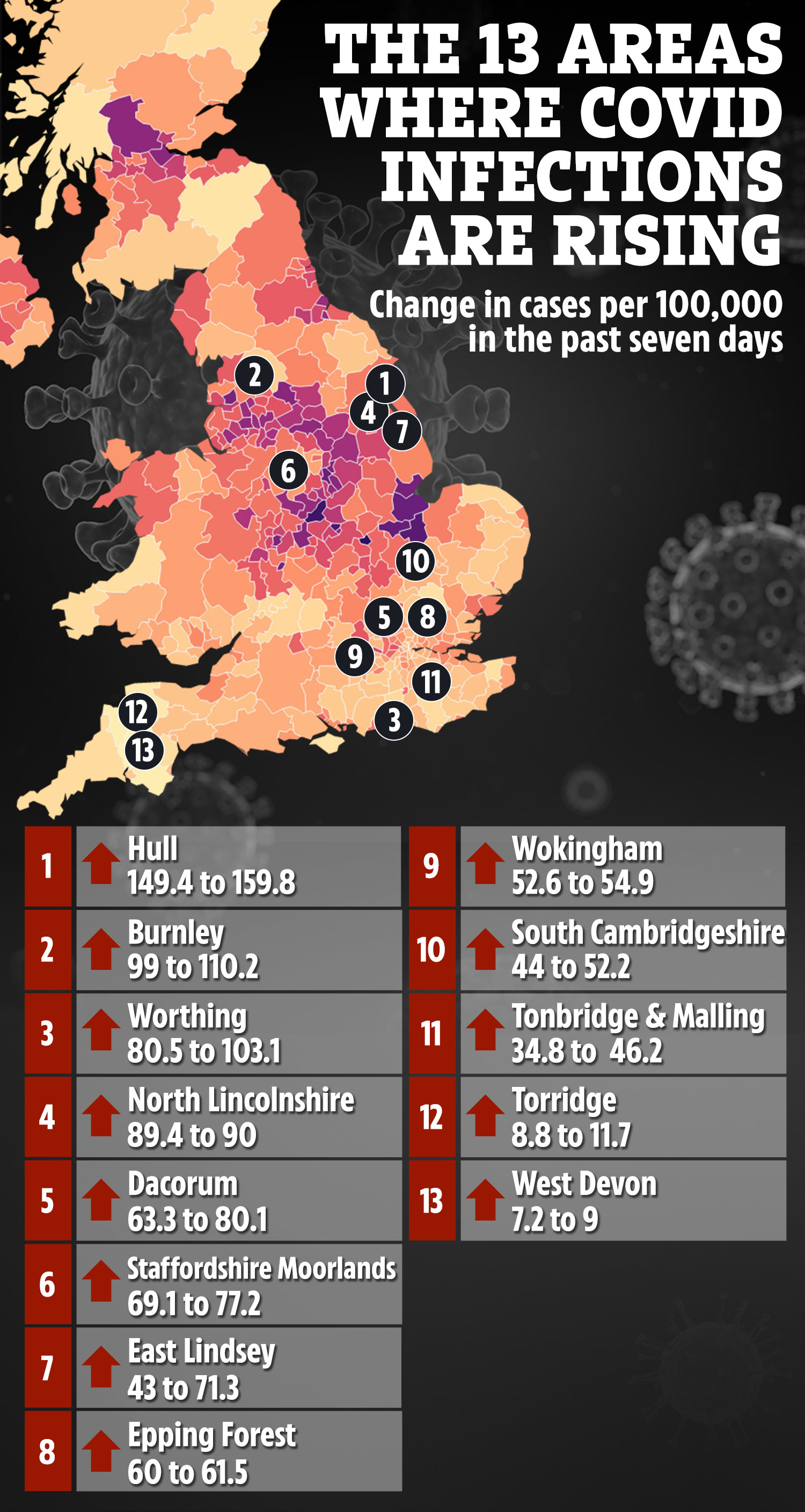 On February 26 there were 69 areas where cases were still rising and the highest infection rate was in Corby – which had 351.7 cases per 100,000 people.

This week the most infected area is North West Leicestershire which has recorded 197.9 cases per 100,000.

Infection rates have also jumped in Burnley, from 99 to 110.2 and data from PHE states that it is the only area in Lancashire where cases are still on the up.

Several local isolated outbreaks are said to be the cause of the recent rise in infection rates in the area and health officials in Worthing said they had been identified and acted upon in order to contain further spread. 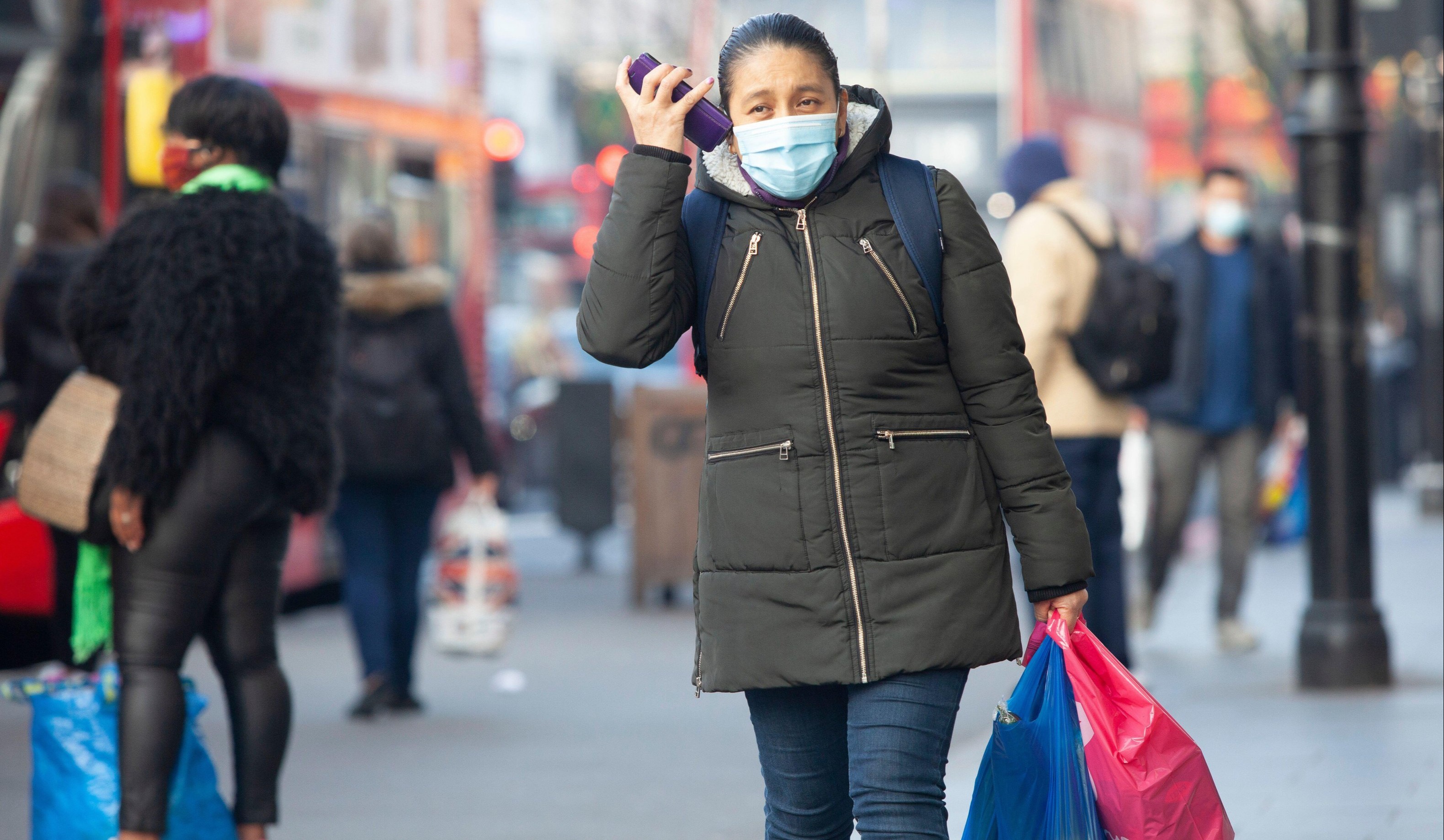 Another area which has seen a rise in cases is North Lincolnshire, jumping from 89.4 to 90.

Dacorum in Hertfordshire has also witnessed an increase in cases, from 63.3 to 80.1.

Elsewhere Staffordshire Moorlands has risen from 69.1 to 77.2.

Cases in East Lindsey in Lincolnshire have also gone from 43 to 71.3 and counsellors in the area have warned residents to continue to follow the rules after people flocked local beauty spots over the weekend.

Infections in Epping Forest in Essex have also risen slightly from 60 to 61.5.

In Wokingham, cases have also seen a jump, from 52.6 per 100,000 to 54.9 and the local council this week announced that new testing sites would be opening for residents who do not have any symptoms.

Elsewhere and Torridge in North Devon has seen a small increase, going from 8.8 to 11.7 – the equivalent of two more cases.

Despite having the lowest infection rate in the country, West Devon has also seen a rise in cases from 7.2 to 9.

North West Leicestershire has the highest rate in England, with 205 new cases recorded in the seven days to February 28 – the equivalent of 197.9 cases per 100,000 people.

The three areas that have remained the same are Plymouth, North Devon and Cambridge.

It was yesterday reported that Covid deaths in the UK have plunged by 26 per cent in the last week.