Prince Philip is said to be a fan of the hit BBC programme The Royles, after the Queen reportedly let slip he ‘loved’ the show.

Actor Ricky Tomlinson, 80, who plays Jim Royle in the show, told co-star Ralf Little that Queen Elizabeth said her husband was a fan of the comedy.

Mr Williams, 72, is a charity fundraiser from Caernarfon who received a medal from the Queen at Caernarfon Castle. 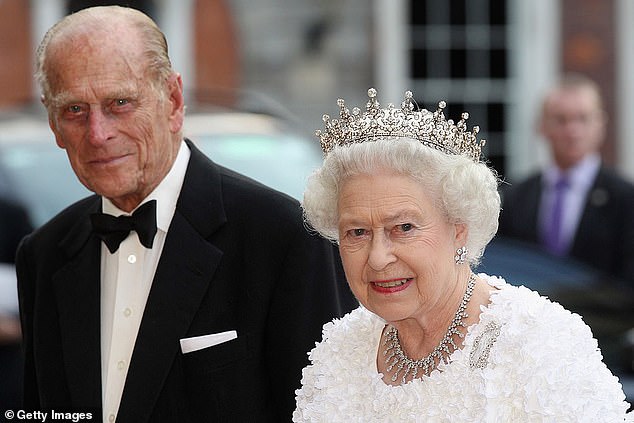 Prince Philip is a fan of the BBC television show The Royles according to the Queen, Actor Ricky Tomlinson, 80, revealed 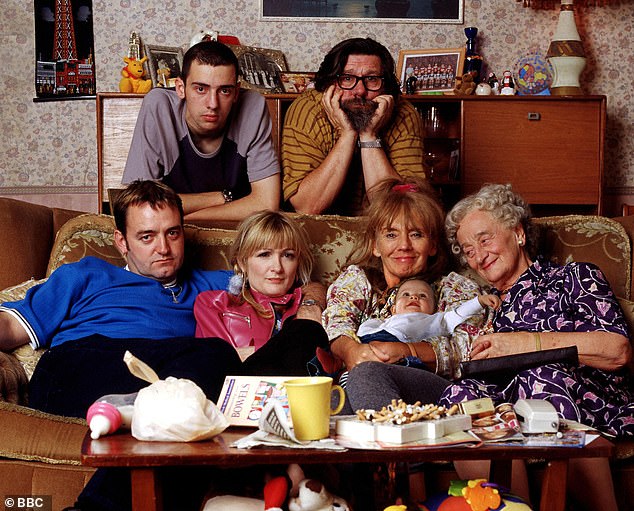 Ricky said: ‘I told you about my lookalike, his name’s Will and he’s from mid-Wales.

‘And as she’s putting the medal on his coat, or whatever it is, she’s said to him, “I don’t watch your programme, but my husband loves it”.’

Mr Williams used his similarity to Ricky to raise thousands of pounds for charities, including Guide Dogs for the Blind.

The Queen had previously told former Caernarfon mayor Hwyel Roberts that she had seen the show when he introduced her to Mr Williams in 2010. 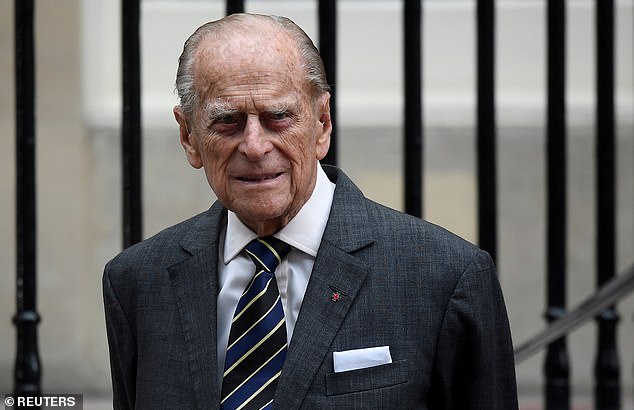 The Duke of Edingburgh, 98, will turn 99 on Wednesday and retired from Royal duties in August 2017

Mr Roberts told The Mirror: ‘She said, ‘Oh, is it about a man in a vest sitting on a settee?” And then Will said, “Oh, you watch it, Your Majesty?” And she very quickly said, “I’ve seen it… once”.’

Mr Williams met his on-screen lookalike in 2006 at a one-man show in Llandudno, the town famed for its wild goats.

Ricky introduced Mr Williams to the audience as ‘my brother,’ and joked that his father used to be a baker, who had a round in the Caernarfon area. 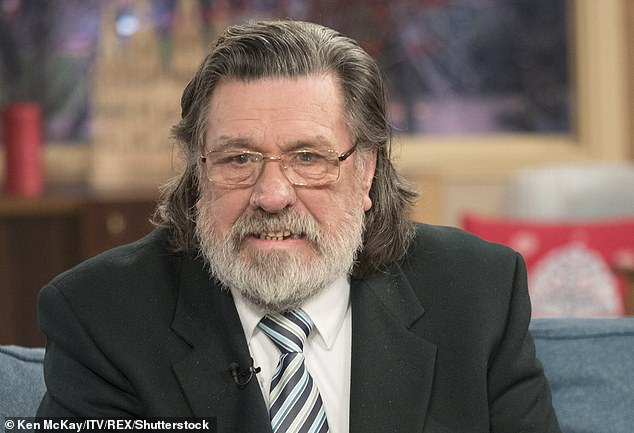 He said: ‘We bonded immediately. He couldn’t believe how similar we look, we took to each other like brothers, it was quite moving actually.

‘If I can make other people happy and put a smile on their faces then I’m happy,’ he told the BBC.

Prince Philip, 98, retired from August 2017 and will turn 99 on Wednesday next week.

Prince Philip’s low-key 99th birthday: Duke of Edinburgh and the Queen will mark the milestone with a simple lunch at Windsor Castle

By Rebecca English Royal Editor for The Daily Mail

Prince Philip will celebrate his 99th birthday next week with nothing more fancy than a simple lunch with the Queen.

Royal sources have confirmed that there were no plans for a party to mark the occasion, even without the restrictions caused by coronavirus.

The Duke of Edinburgh is ‘characteristically taciturn’ about occasion and has opted, as is his habit, not to make a fuss, they say.

However, lockdown means there is no chance of his children dropping by to pass on birthday wishes in person next Wednesday. 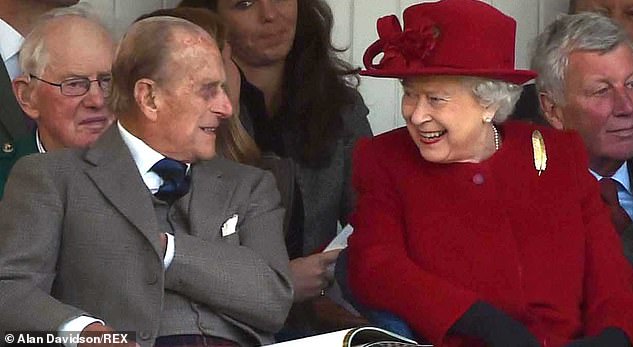 Philip’s birthday will be marked by lunch with the Queen, as well as Zoom and telephone calls with family and friends

Philip has been in isolation at Windsor Castle with the Queen since before Easter – the longest period the couple have spent together there for as long as anyone can remember, an insider noted.

Since he retired in 2017, the duke has largely lived at Wood Farm on the Queen’s Sandringham Estate, apart from brief visits to Windsor and a longer summer stay at Balmoral.

His birthday will be marked by lunch with the Queen, as well as Zoom and telephone calls with family and friends – including Prince Charles in Scotland, the Duke and Duchess of Cambridge in Norfolk and Harry and Meghan in Los Angeles.

A small number of public birthday wishes will be released on social media by family members, while Buckingham Palace hopes to mark the occasion publicly in some small way, ‘depending on how His Royal Highness feels’. 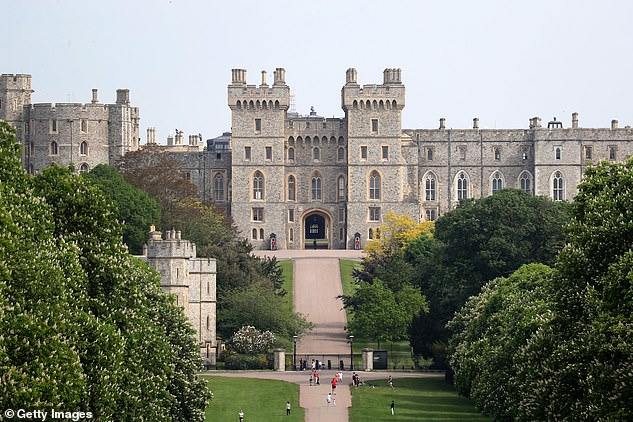 Philip has been in isolation at Windsor Castle with the Queen since before Easter – the longest period the couple have spent together there for as long as anyone can remember, an insider noted

But the mantra of the day is very much ‘low key’.

Philip’s cousin and childhood friend Myra Butter confirmed that he has always insisted on ‘no fuss, no bother’.

Lady Butter, 95 – who shares a great-great-grandfather, Tsar Nicholas I of Russia, with Philip – said: ‘He has such an incredibly active mind. And he’s a great reader, so interested in things.

‘He’s got enormous knowledge and I am absolutely certain there must be a link between that and his long and healthy life. He’s such an enigma, really.

‘He has that thirst for knowledge. He still paints, he sees his horses and keeps abreast of everything in the news.’ 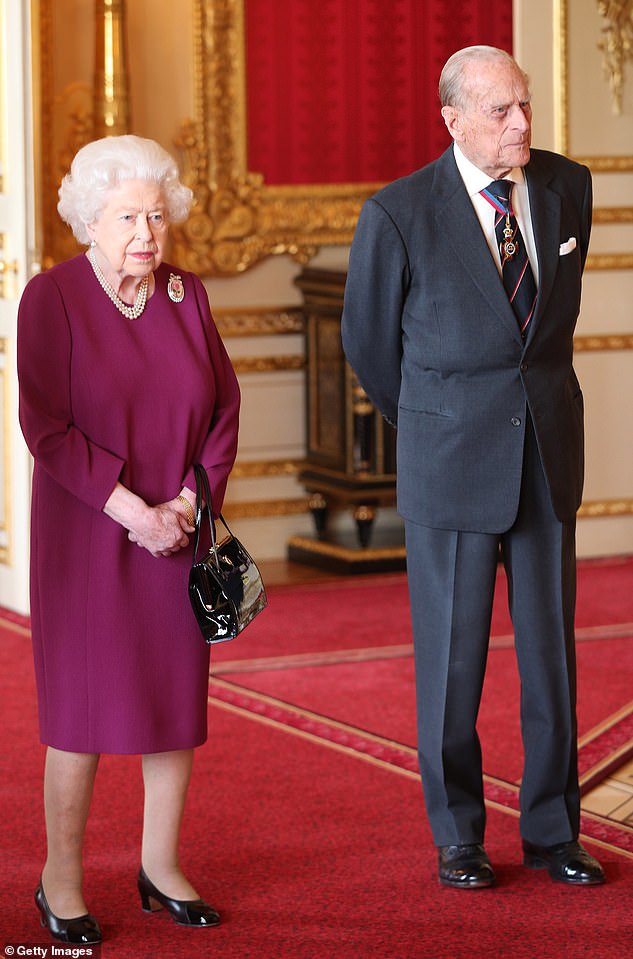 Philip’s cousin and childhood friend Myra Butter confirmed that he has always insisted on ‘no fuss, no bother’

Philip has suffered several bouts of poor health in recent years and was in hospital just before Christmas but is said to be far better now, despite feeling the effects of his advancing years.

Lady Butter said: ‘The secret is that he just does everything he has previously done, but slower.

‘He still enjoys the greatest role of all, supporting the Queen. As for a party to celebrate turning 99? Goodness me, no! He never wants a fuss, ever!’

Her Majesty’s Coronation treat, a win at the races 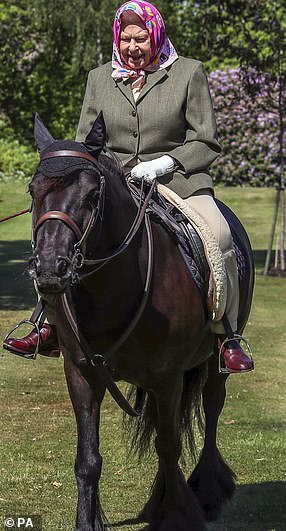 She was pictured back in the saddle on one of her beloved fell ponies at the weekend.

Now the Queen has had a winner in one of the first horse races since the sport returned on Monday.

First Receiver carried the royal colours to victory in the 3.55 at Kempton Park yesterday – the 67th anniversary of the Coronation.

While no doubt there were celebrations at Windsor, the race took place before empty stands.

The Queen has bred thoroughbreds throughout her reign.

The 94-year-old was seen riding a pony named Balmoral Fern in the grounds of Windsor Castle on Sunday, pictured – her first public appearance since lockdown began

Related posts:
TV and Movies
Love Island's Megan Barton Hanson shows off new blue hair in low cut dress on night out
ITV announces The Murder of Stephen Lawrence sequel series tackling hate crime and police racism
Will Poulter teases Black Mirror: Bandersnatch return with epic time travel theory
Hunky Normal People actor Paul Mescal stars in trailer for new thriller The Deceived
Recent Posts
This website uses cookies to improve your user experience and to provide you with advertisements that are relevant to your interests. By continuing to browse the site you are agreeing to our use of cookies.Ok