Anyone in China caught stealing a manhole cover could now face the death penalty after the government increased the maximum punishment for the crime.

‘Manhole covers are often ignored, but they very much relate to people’s lives, personal safety and property security,’ said Wan Chun, an official from the Supreme People’s Procuratorate.

‘Stealing or destroying a manhole cover cannot be just identified as committing crimes of theft or destroying property. Instead, the offenders should be given harsher punishment.’ 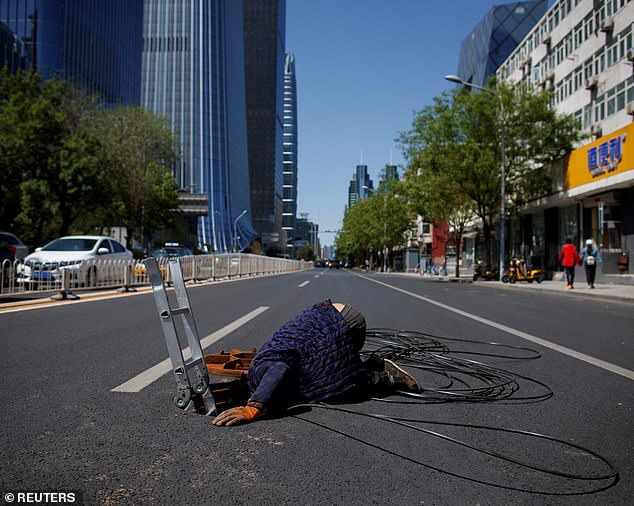 Chinese courts can now charge people who steal manhole covers with the death penalty. Pictured: A road worker peers into a manhole cover in China to speak to his colleague while repairing cables as the roads lie empty in Beijing’s central business district

The maximum sentence for both damaging or stealing a manhole cover under Chinese law is now the death penalty, in the case where someone is killed or injured as a result.

The guidelines to the courts say that anyone who removed a cover knowing it could harm others could be charged with either intentional homicide or intentional injury if someone is killed or hurt.

As reported by China Daily, Chun added that 70 ‘tragedies’ had occurred between 2017 and 2019 resulting from stolen or damaged manhole covers.

One example given by officials was that of a woman in Dalian, Liaoning province in 2012. Suspected taxi drivers had taken a cover off to clean their vehicles, but forgot to put it back over the hole. The woman, blinded by rain and vapor, fell into the uncovered thermal well and died.

Officials argued that holes left behind in the road are ‘sufficient to overturn or destroy a car or tram,’ and therefore anyone stealing a manhole cover or found damaging one is knowingly endangering transportation or endangering public safety.

‘The legal document is urgent and essential, as it will better ensure people’s safety when walking on roads or driving on streets,’ said Xu Hao, a lawyer from Beijing Jingsh Law Firm.

Hao argued that stricter punishments will improve public safety and act as a greater deterrent to those who may steal or damage manhole covers. 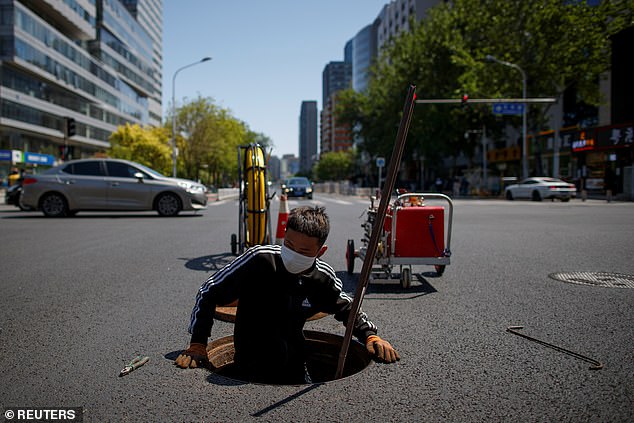 Open manholes can pose a significant threat to vehicles and pedestrians, and officials argue that anyone who steals a cover is knowingly risking the lives of others

Many of those who have stolen manhole covers have done so in order to sell them for scrap metal. Taxi drivers have also reportedly been removing the covers to access water to clean their cars.

In 2019, the Global Times, another Chinese news outlet, branded people who stole manhole covers ‘manhole maniacs’, and the BBC has reported that there is even a sketch on the subject in China’s annual Spring Festival gala.

The new laws sparked a debate on Chinese social media networks. While some voiced their support, others would rather have seen the government deal with drink-drivers, a problem they perceive to be more dangerous on the country’s roads.

Related posts:
TV and Movies
Issa Rae Launches Hoorae Production Company for Film, TV, Digital (EXCLUSIVE)
Chris Harrison Reacts to Colton Underwood and Cassie Randolph's "Heartbreaking" Drama
Piers Morgan takes brutal ‘c***’ swipe at Matt Hancock amid lengthy GMB boycott
Chef trolls Boris Johnson with ‘British Tits’ poster during live BBC interview
Recent Posts
This website uses cookies to improve your user experience and to provide you with advertisements that are relevant to your interests. By continuing to browse the site you are agreeing to our use of cookies.Ok