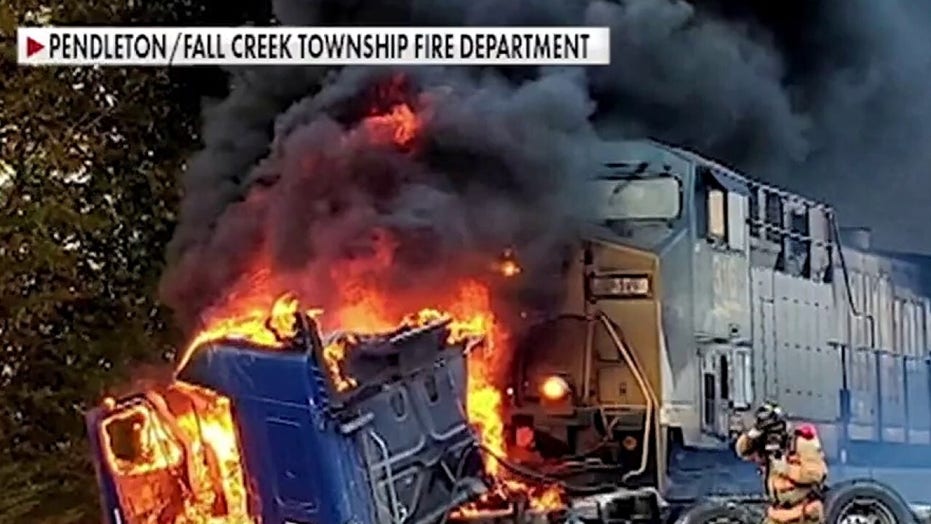 Train slams into semi-truck in Indiana

Moment of impact shows the freight train pushing the truck down tracks.

A fast-moving freight train plowed into a semi-truck that ended up stuck on railroad tracks in Indiana on Friday, according to officials.

The Pendleton/Fall Creek Township Fire Department said on Facebook it was dispatched to a crash around 5:39 p.m. in Pendleton, located about 15 miles northeast of Indianapolis.

Fire officials said the train struck the truck and trailer, pushing the cab "a couple hundred yards" down the tracks from the crossing.

WOMAN DROWNS IN LAKE TAHOE, 6 KIDS RESCUED FROM BOAT ADRIFT AFTER FATHER JUMPS IN TO SAVE HER

Video from Jason Asberry shows the moment of the collision as the train rips the truck's cab away from the trailer and pushes it down the tracks. 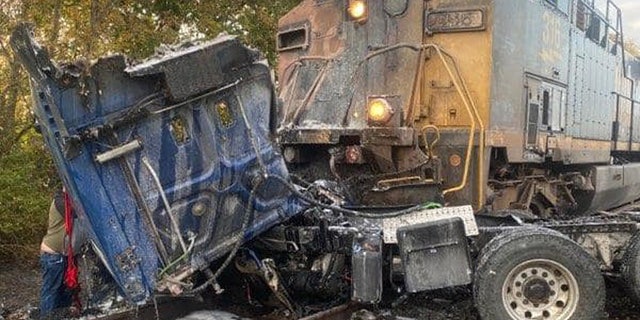 The aftermath after a freight train ran into a semi-truck that was stuck on the tracks in Pendleton, Ind., on October 9, 2020.
(Pendleton/Fall Creek Township Fire Department)

Witness Lora Hoppes told WTHR-TV there was traffic in the area due to ongoing road construction. Construction crews tried to get the truck off the tracks before the train came.

Fire officials said both the train and the semi caught fire, but crews were eventually able to extinguish the blaze.

"The driver of the semi was out of his truck before impact and did not sustain any injuries and the train conductor was checked out by EMS," fire officials said. 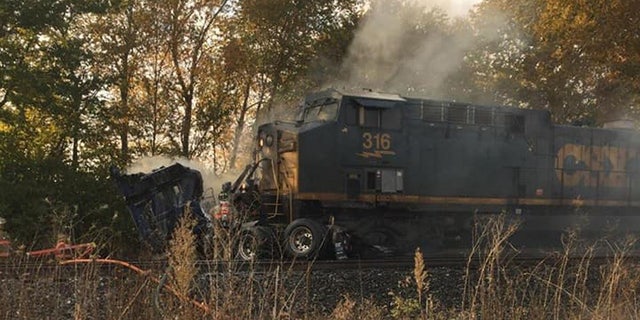 The aftermath after a freight train ran into a semi-truck that was stuck on the tracks in Pendleton, Ind. on October 9, 2020.
(Pendleton/Fall Creek Township Fire Department)

Fire officials said the Indiana Department of Environmental Management was called to the scene for a hazardous materials cleanup, but did not provide additional details.