SMILING for the camera, Amanda Knox couldn't stop showing off her baby bump throughout her pregnancy – even releasing a podcast about her emotional journey.

But since giving birth to her baby daughter, Eureka, earlier this year, the 34-year-old says the joys of motherhood have been overshadowed by vicious trolling over the death of her former friend, Meredith Kercher. 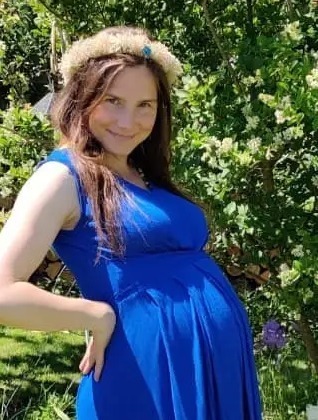 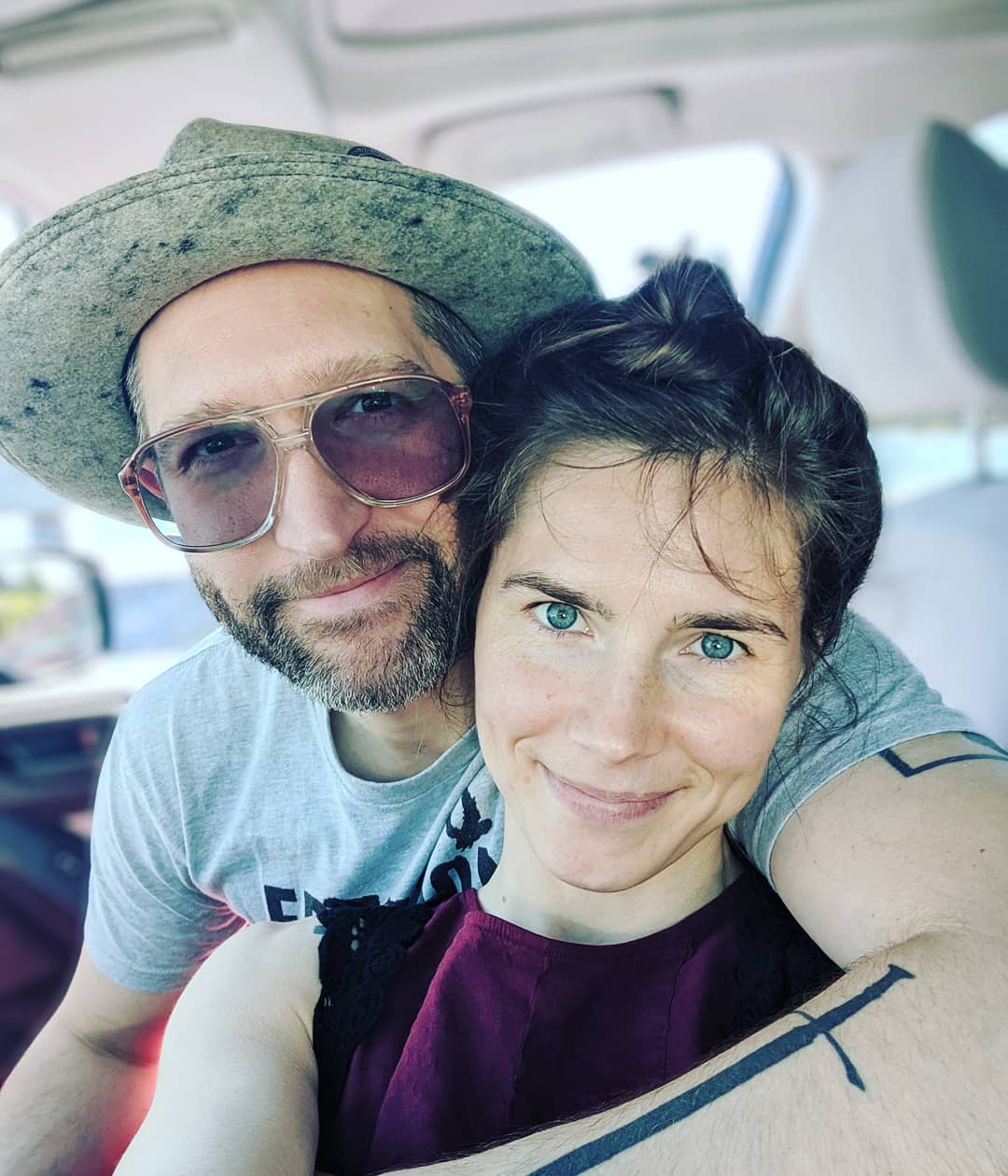 In 2009, Amanda was caged for four years after Meredith, a 21-year-old Leeds University student, was found with multiple stab wounds in Perugia, Italy.

The American had lived with Kercher in a student flat and was found guilty of her murder alongside Italian boyfriend Raffaele Sollecito, 37, and later drifter Rudy Guede, 34.

Both Amanda and Raffaele were acquitted in 2011 – while it was revealed today that Guede has completed his sentence early.

Since 2011, Amanda has built a new life in Seattle alongside her husband, poet Christopher Robinson, whom she quietly married in 2018 before controversially appealing to fans to crowdfund a sci-fi themed wedding earlier last year.

However, the couple claim 14 years after Meredith's murder, her former flatmate continued to be the subject of "public vilification" – and say people in the UK wish she would just disappear.

Knox told The Times of her newborn: "I want her to exist in a world that is going to be much kinder to her than it was to me.

"And I'm trying to figure out how I can have a role in that. I don't want her to feel like she's Amanda Knox's daughter."

Amanda still gets comments online with "people calling her a killer and a wh**e, saying, 'Are you going to murder your baby?'"

He said: "Amanda's out of prison, but she's not out of the prison of public vilification.

“One of our goals is to round the corner on that reputational battle before [our daughter] feels she has to defend her mom online."

Pals asked husband: 'Do you think she did it?'

Amanda was dubbed “Foxy Knoxy” after Italian police accused her and former boyfriend Raffaele of murdering Meredith in a sex game gone wrong.

This year Amanda wrote in The Atlantic: "The prosecution and the media crafted a story, and a doppelgänger version of me, onto which people could affix all their uncertainties, fears, and moral judgments.

They were freed from prison in 2011 and a second conviction was overturned in 2015.

The pair remained friends after splitting when they were jailed – and by 2012 Amanda was dating classical guitar student, James Terrano.

She was briefly engaged to childhood friend and Seattle musician Colin Sutherland in 2015 – but later that year she met poet Chris at a book launch.

Chris confessed he was tempted to Google her when they first started dating.

He said: "My friends would ask, 'Oh, do you think she did it?' That lens of suspicion was the first way people reacted.

“That temptation was there instantly. But I made a very conscious decision not to go down the Google rabbit hole.

With Chris by her side, Amanda gushed on Instagram: "I fell in love, fell in love again, and again. All this in the time it took the Italian legal system to run its course, and in its wake, for me to recover myself."

Chris had proposed in 2018 with a piece of meteor in a E.T. themed video.

In the clip, Chris asks Amanda: "I had been thinking about this, but it's already happened in the future. It's happening now.

"I don't have a ring, but I do have a big rock. Will you stay with me until the last star in the last galaxy burns out and even after that?

"Amanda Marie Knox, will you marry me?"

Amanda then caused outrage when she launched a crowd-funding appeal and website to pay for the bash and a trip to a criminal justice festival in Italy.

The couple asked for donations up to £8,000 in return for poetry.

The website read: “We weren’t expecting to be planning a wedding and Amanda’s first ever return trip to Italy at the same time.

“But we couldn’t pass up the opportunity.

“With scant time to plan, we had to spend our wedding funds on this important journey.”

The couple announced they were expecting a baby in August – but have kept when baby Eureka arrived a mystery.

Amanda told the New York Times in October how she pretended to still be pregnant to throw off the paparazzi.

She said: "I'm still nervous about the paparazzi bounty on her head.

"I will say I'm excited to not have to keep pretending not to be a mom.

Amanda told this year on her podcast Labyrinths – on which she charted the journey of her pregnancy – how she previously suffered a miscarriage at six weeks of pregnancy.

She said: “Do I have bad eggs and I just never knew? Am I too old? Did something happen to me while I was over in Italy?

“If it’s not easy and you don’t know why, then anything could be the problem. It’s frustrating how little information you have at any point in the process.”

People often ask, 'Why don't you change your name?'

Despite the online abuse Knox – who has written a memoir and now works as a journalist – says she is not going to fade from the public eye.

She resolved to stick to her ways and release a podcast after meeting with Bill Clinton’s former mistress Monica Lewinksy.

She said: “I feel like people vilifying me, and whether I choose to accept that, feels like pleading guilty for a crime I didn't commit.

“I did not commit this crime, in the same way that I am not 'Foxy Knoxy'.

“I am not who you think I am. People often ask, 'Why don't you change your name?'

“No, my name is not wrong. They're wrong about me."

'It's frustrating to be told I'm profiting from murder'

Drifter Rudy Guede was imprisoned in 2008 and last year the Sun on Sunday revealed he had been put on day release.

His sentence is due to end on January 4, but today it was revealed he has been released 45 days early.

Outraged Amanda told Good Morning America last year: “The one who was quietly tucked away, convicted of a lesser crime, and does not have to live with the burden of forever being associated with Meredith’s death.

“I do know that many, many people have suffered a great deal because of what he did.”

She also claims she has been accused of profiting from Meredith’s murder in later years.

Amanda told the Sunday Times this year: "I’m told that I’m profiting off Meredith’s death by having a career in any way relating to my experiences. It’s all very frustrating."

She told how she wasn’t paid to be involved in a 2016 Netflix documentary.

She also insists she took a £2.6million pay packet to write her memoir Waiting to be Heard to pay off her family’s enormous legal bills.

Amanda told how she had not been in touch with the Kercher family to avoid distressing them.

She said: "I think they have distanced themselves from anything to do with me because, and I understand, they associate their worst trauma with me." 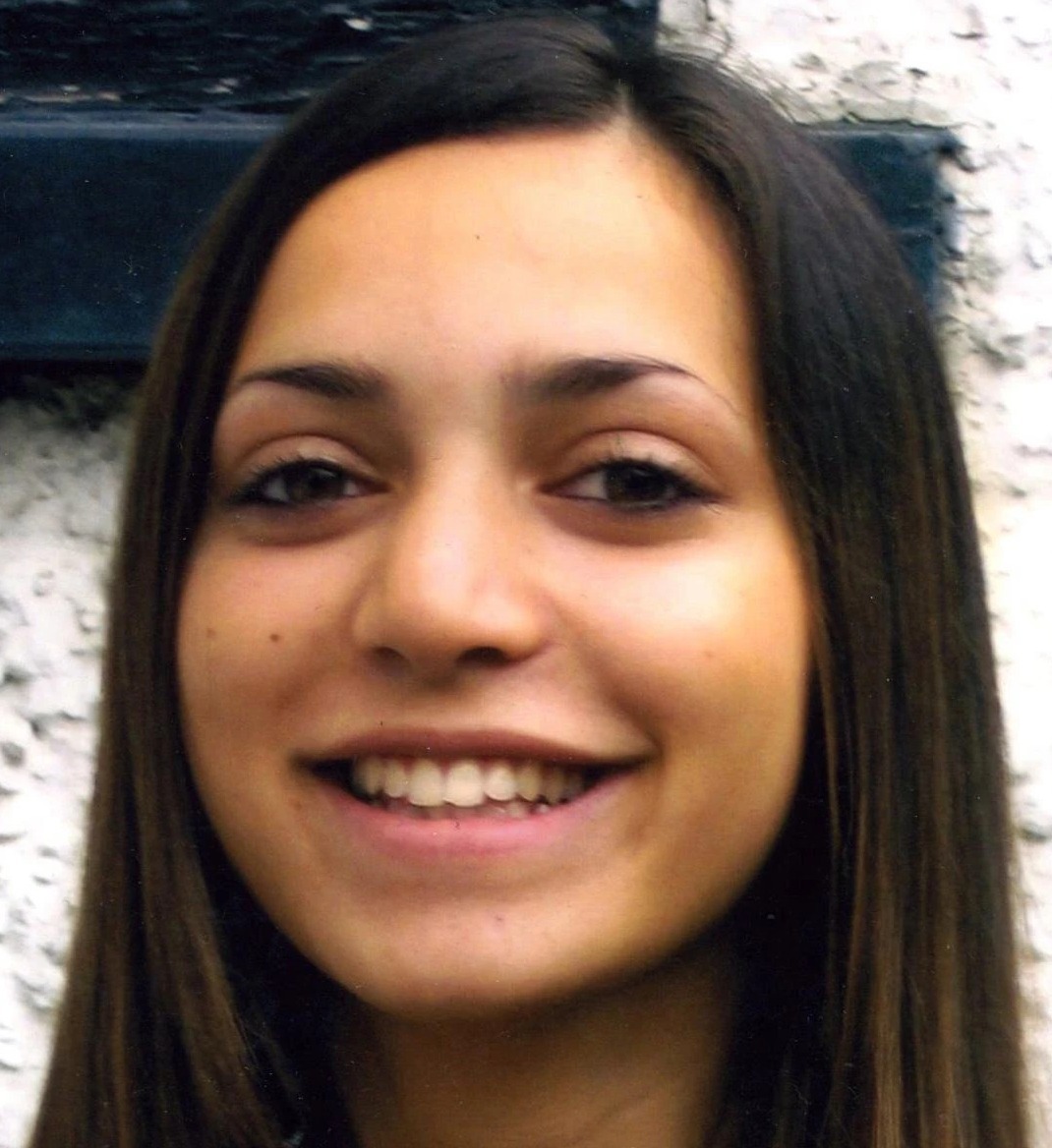 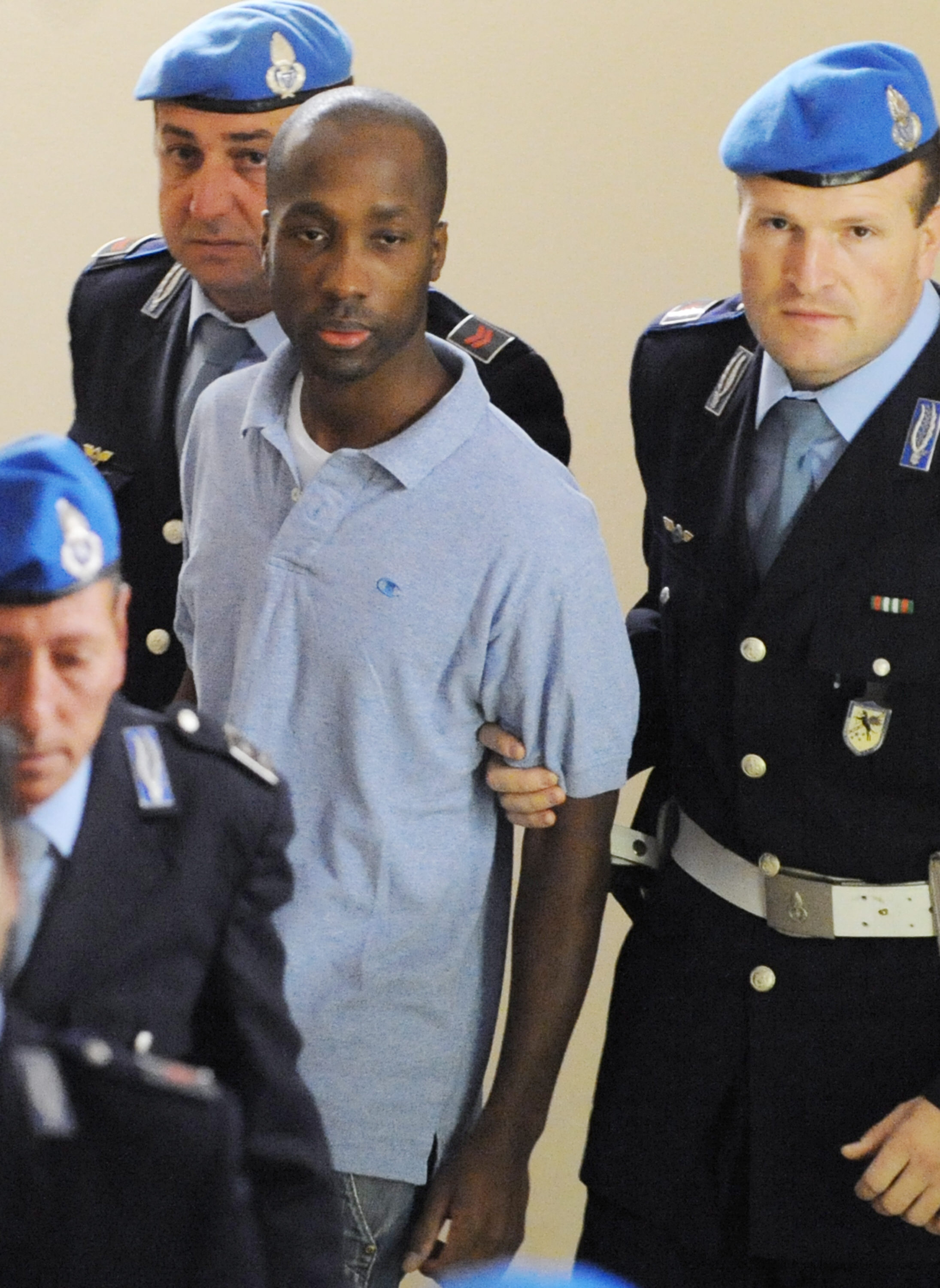 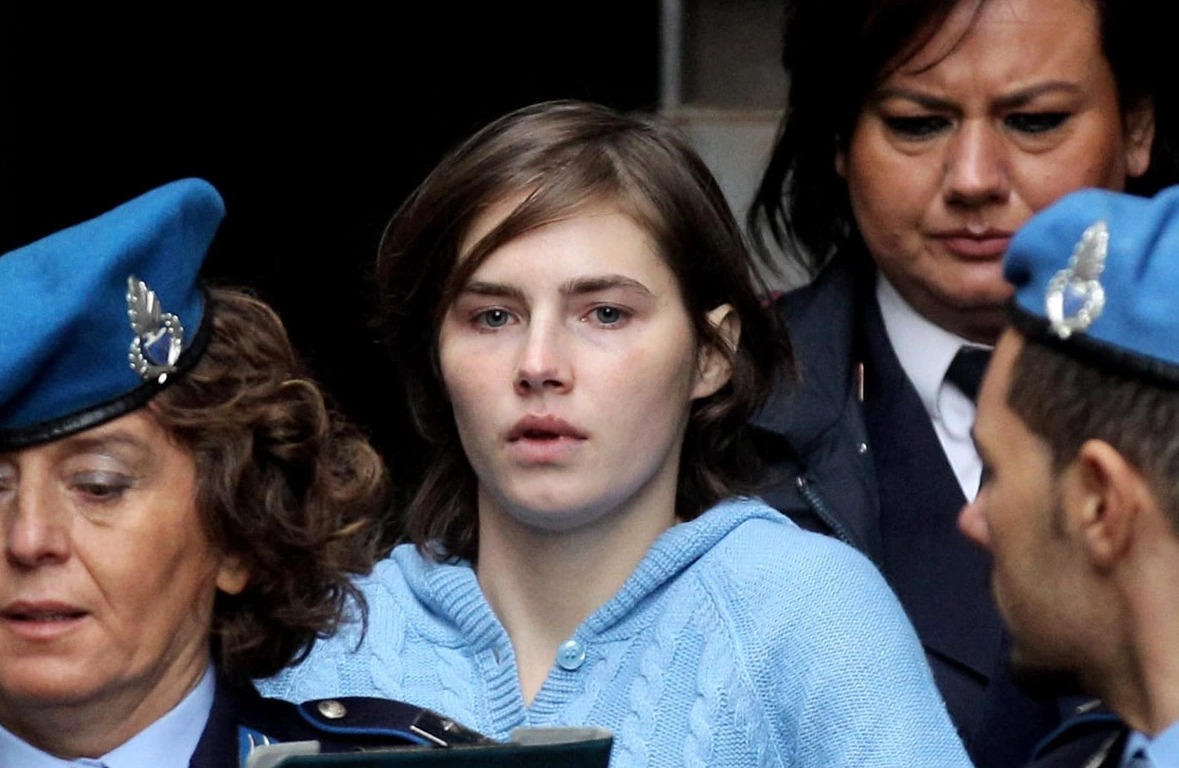