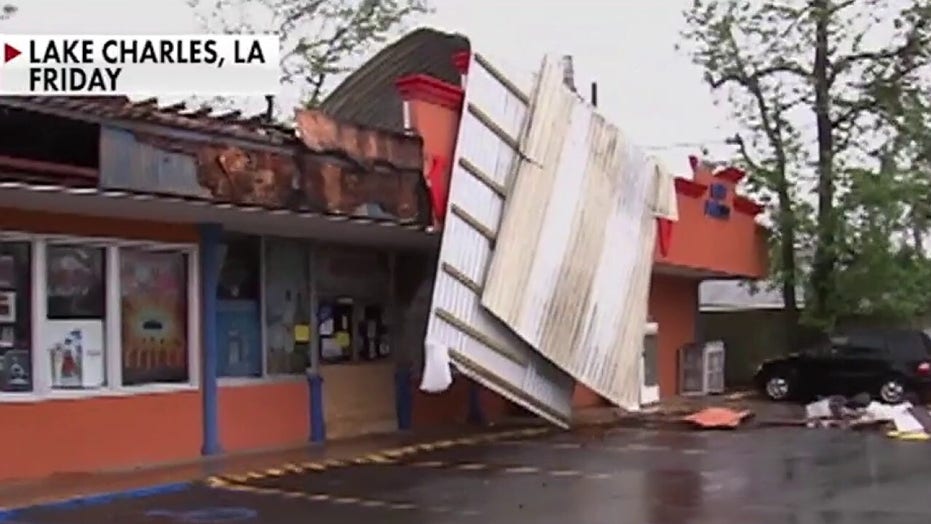 Tropical Storm Delta continues to weaken as it leaves Louisiana, but not before wreaking devastation across the region as a hurricane, with hundreds of thousands without power.

Delta made landfall near Creole on Friday evening as a Category 2 hurricane with maximum sustained wind speeds of 100 mph, but rapidly weakened as it traveled over land.

By Saturday morning, Delta had been downgraded to a tropical storm with maximum 40 mph winds. By the afternoon, the storm had further weakened to a tropical depression, with forecasts that it will be little more than a "low remnant" by Sunday. 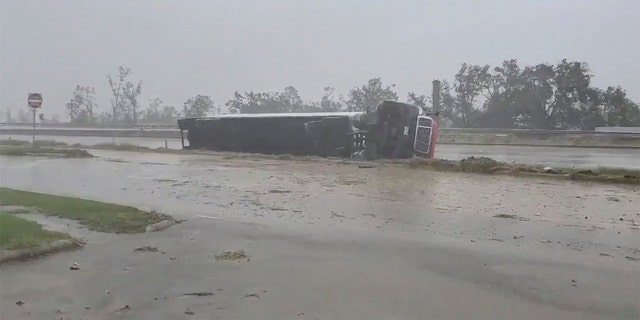 A truck flipped on its side due to winds from Hurricane Delta is seen at Lake Charles, Louisiana, U.S., October 9, 2020, in this still image from video obtained via social media. Adam Fields via REUTERS ATTENTION EDITORS – THIS IMAGE HAS BEEN SUPPLIED BY A THIRD PARTY. MANDATORY CREDIT. NO RESALES. NO ARCHIVES. – RC2DFJ9PHEVJ

However, heavy rain and flash floods continue to cause problems across much of Louisiana, as well as parts of Texas and Mississippi. Isolated rain across the Tennessee Valley can see as much as 10 inches of rainfall, according to an advisory warning from the NHC.

Storm surges will continue to subside throughout Saturday, though. The National Hurricane Center has said it will stop issuing advisories for the system, handing off responsibility to the Weather Prediction Center. 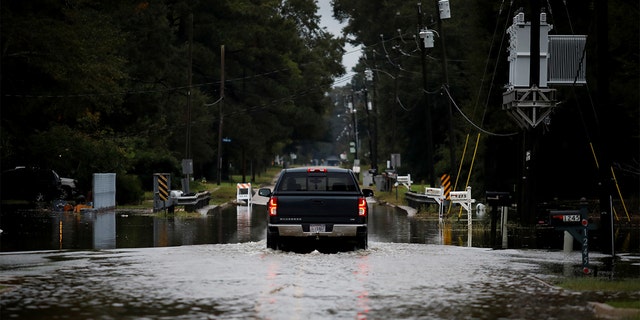 About 740,000 homes and businesses in the region were without power early Saturday, with nearly a half-million of those affected in Louisiana. 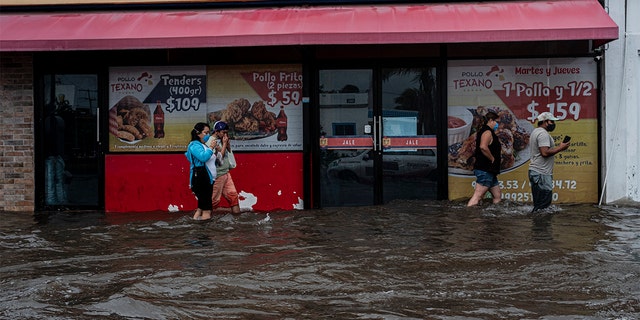 08 October 2020, Mexico, Merida: People walk along a road that was flooded by the heavy rains of hurricane "Delta". "Delta" has gained strength as it heads towards the United States. Photo: Jacky Muniello/dpa (Photo by Jacky Muniello/picture alliance via Getty Images)

Winds were so strong at landfall that Delta pulled shingles off the roof of the L’Banca Albergo Hotel in Lake Arthur.

“I’m in a building right now with a tarp on it and just the sound of the tarp flapping on the building sounds like someone pounding with a sledgehammer on top of the building,“ Lake Charles Mayor Nic Hunter told The Associated Press. ”It’s pretty intense.”

In Galveston, Texas, nearly 100 miles west from where Delta made landfall, two homes under construction were toppled, along with trees and signs. A spokesman for a construction firm told the Galveston Daily News the homes were in the early stages of framing.

Officials in Franklin County, Mississippi were investigating the possibility that a tornado may have ripped through the area, snapping trees in the county, the Clarion Ledger reported.

Delta set a record as the 25th named storm in the 2020 Atlantic hurricane season, and the fourth such storm to hit Louisiana this year. Delta landed in roughly the same area that Hurricane Laura landed six weeks earlier.

“Delta is the fastest storm to intensify from tropical depression to a Category 4 storm in modern records,” said Michael Ventrice, a meteorological scientist for The Weather Company. Delta strengthened from a tropical storm to a Category 4 hurricane over 36 hours earlier in the week, the Sun-Sentinel reported.

"The fact that it’s weakening should not cause anyone to lose focus or lose vigilance, because this is still a very strong storm,” Louisiana Gov. John Bel Edwards said during a news conference Friday as Delta appeared to be losing strength before making landfall.