DONALD Trump released a video on Thursday telling Americans the "best is yet to come" as the nation heads into a new year.

In the pre-recorded video posted to Twitter, Trump said that his presidency "must be remembered" as the United States "is greater than ever before." 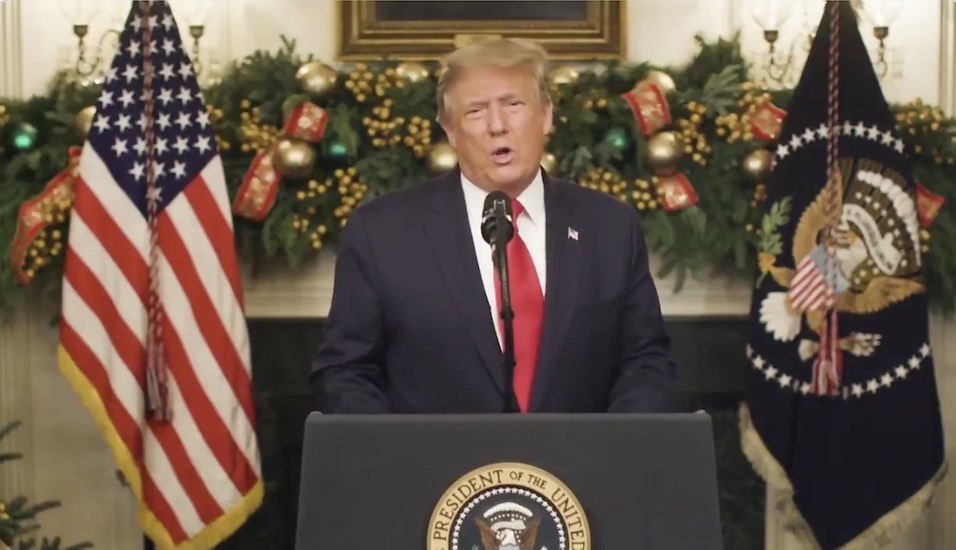 He said in the nearly five minute video that in the face of challenges in 2020, the US showed "incredible grit, strength, tenacity, and resolve."

As the video was shared on Thursday, Trump was returning to Washington, DC, after he spent Christmas at his Mar-a-Lago resort in Palm Beach, Florida.

The president claimed that with him leading the country, the US "achieved truly historic victories like nobody ever thought possible."

He said that his administration "launched the largest mobilization since World War II" to defeat Covid, which struck the US with nearly a year left in his four-year term. 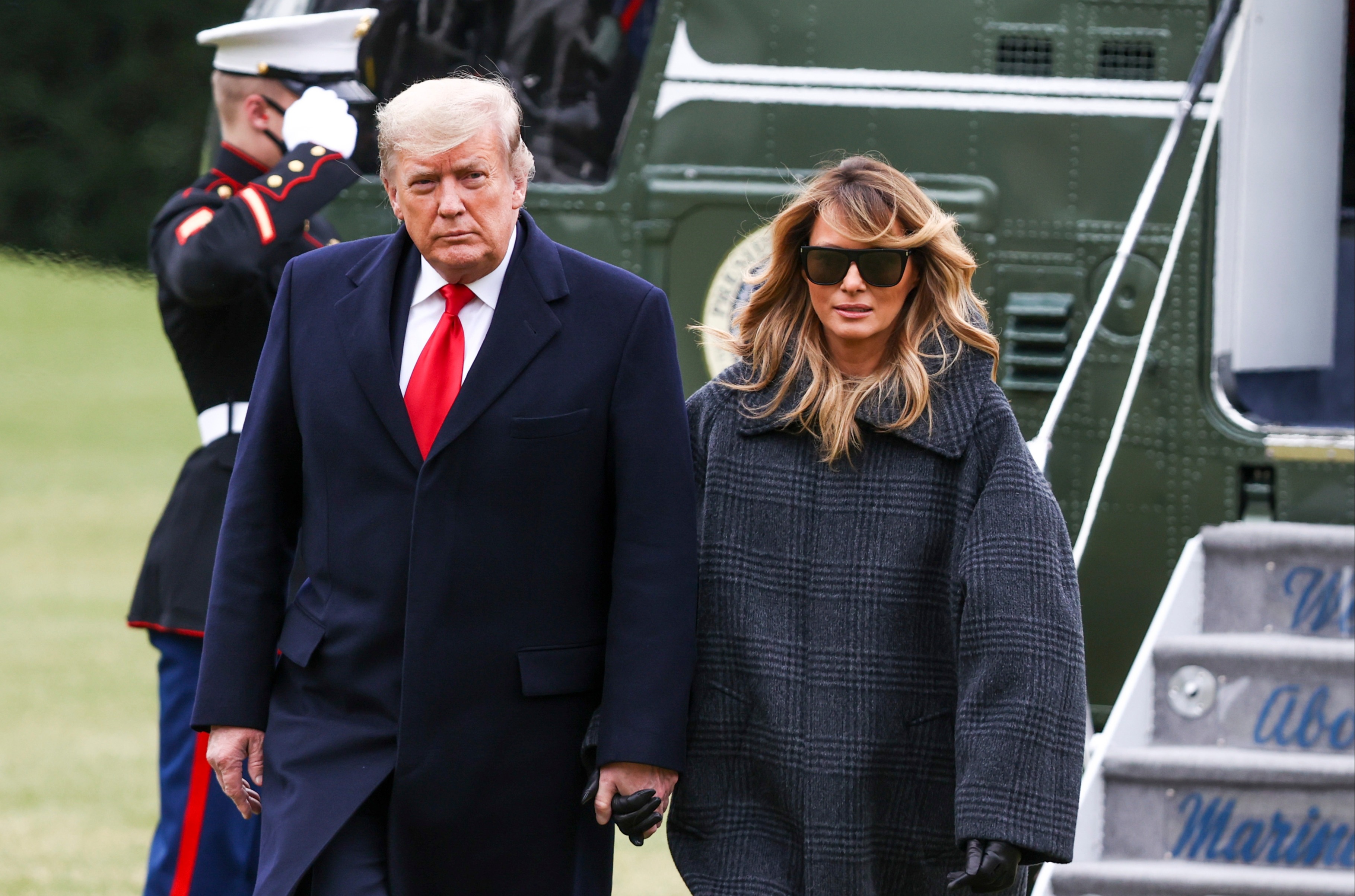 "Nobody thought it could be done," Trump said as he spoke of how factories created ventilators and produced masks.

"We ignored the experts who demanded open borders and we shut down travel from China and Europe to protest our citizens," he said of his travel restrictions earlier this year.

As of Thursday, more than 352,000 people in the US have died from coronavirus, and more than 20.3million Covid infections have been reported.

Those numbers in the US, with a popular of over 328million, far surpass other countries' coronavirus numbers, with India's 10.2million cases just behind. 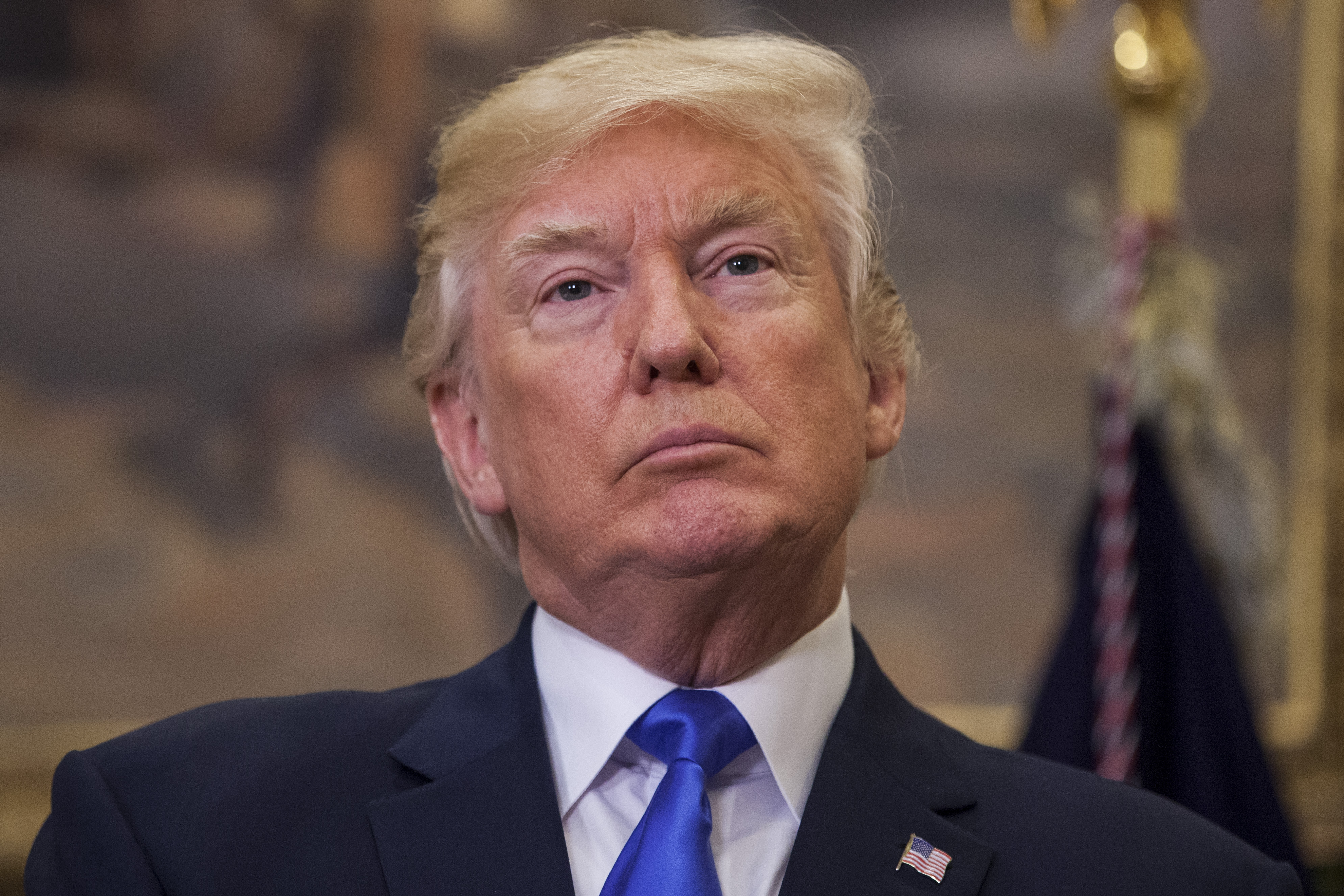 In his video, Trump boasted that his administration "built the wall" along the southern US border with Mexico.

He said "we saved millions of American lives" with coronavirus treatments and vaccines as he said he was repeatedly told it would be impossible to have created the jab during 2020.

"All of the experts said absolutely unthinkable, Trump is exaggerating, it can't happen. And we did it – long before the end of the year."

Two vaccines have been authorized for emergency use in the US, from Moderna and Pfizer.

President-elect Joe Biden, who will take over the White House on January 20, recently said as he received the jab that the Trump administration "deserves some credit, getting this off the ground with Operation Warp Speed."