TWO teen boys have been charged with stabbing a female cop who allegedly chased them into Pret a Manger despite her injury.

The suspects are said to have fled into the loo after an alleged armed robbery in Westminster, witnesses said. 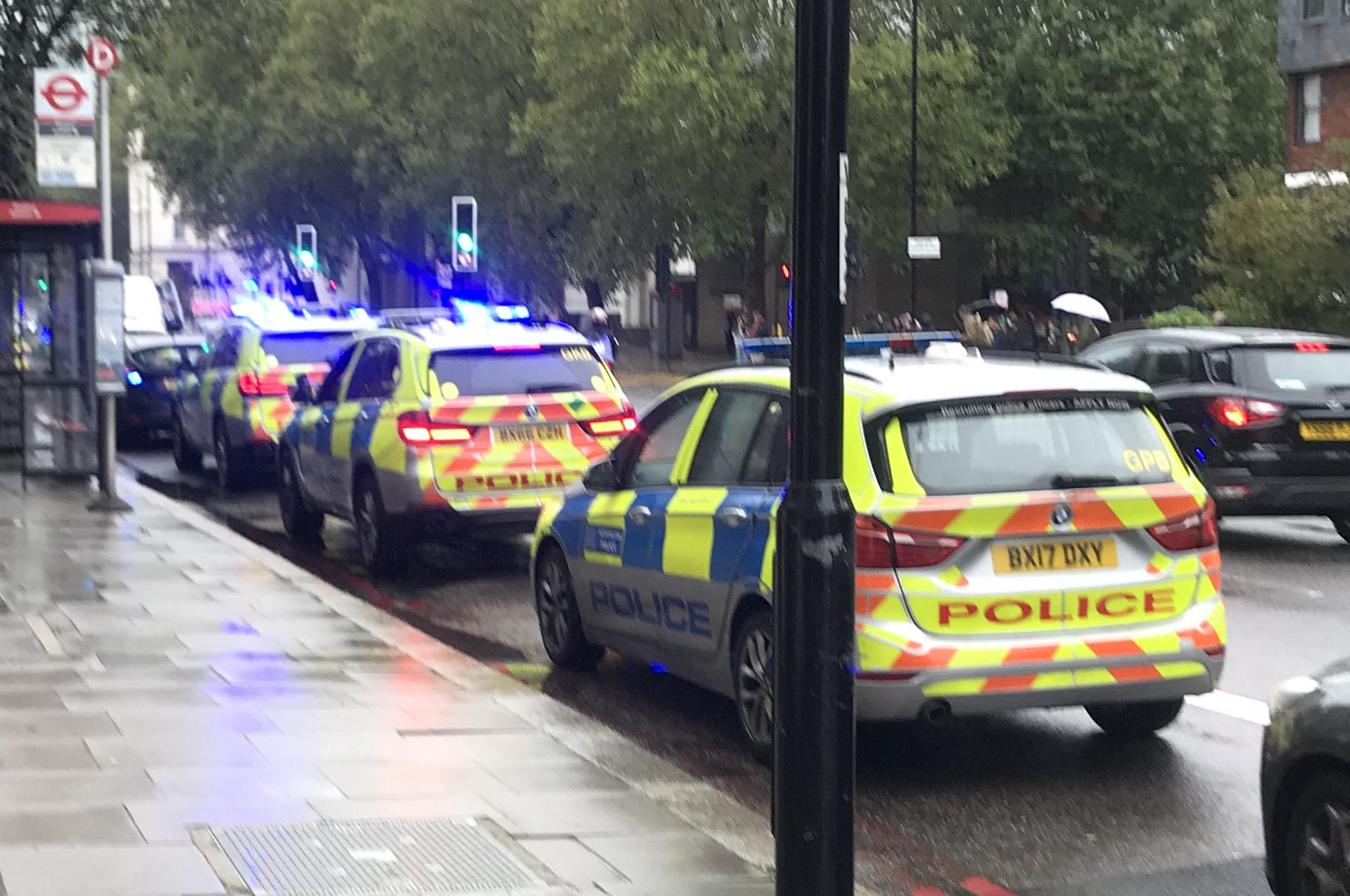 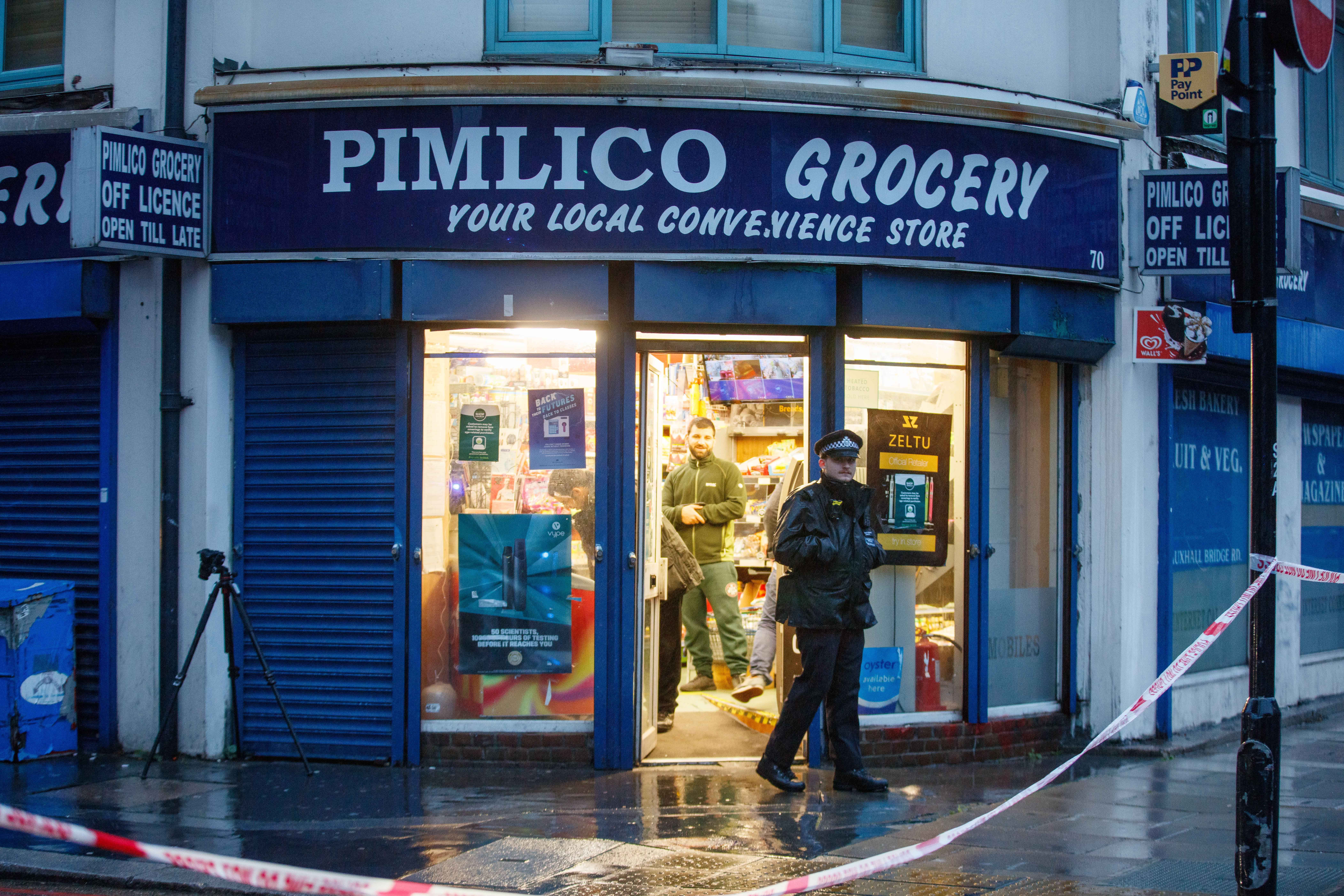 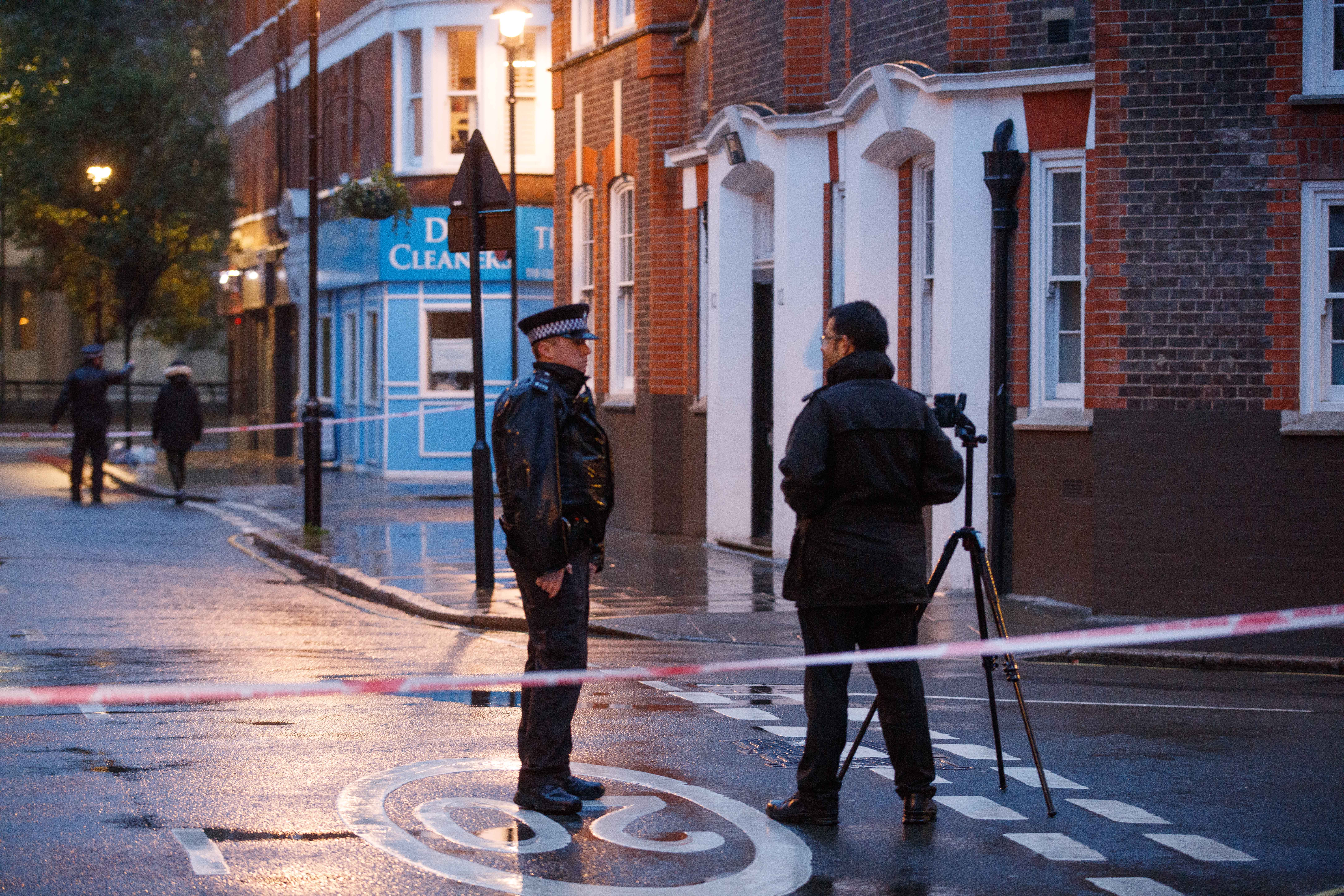 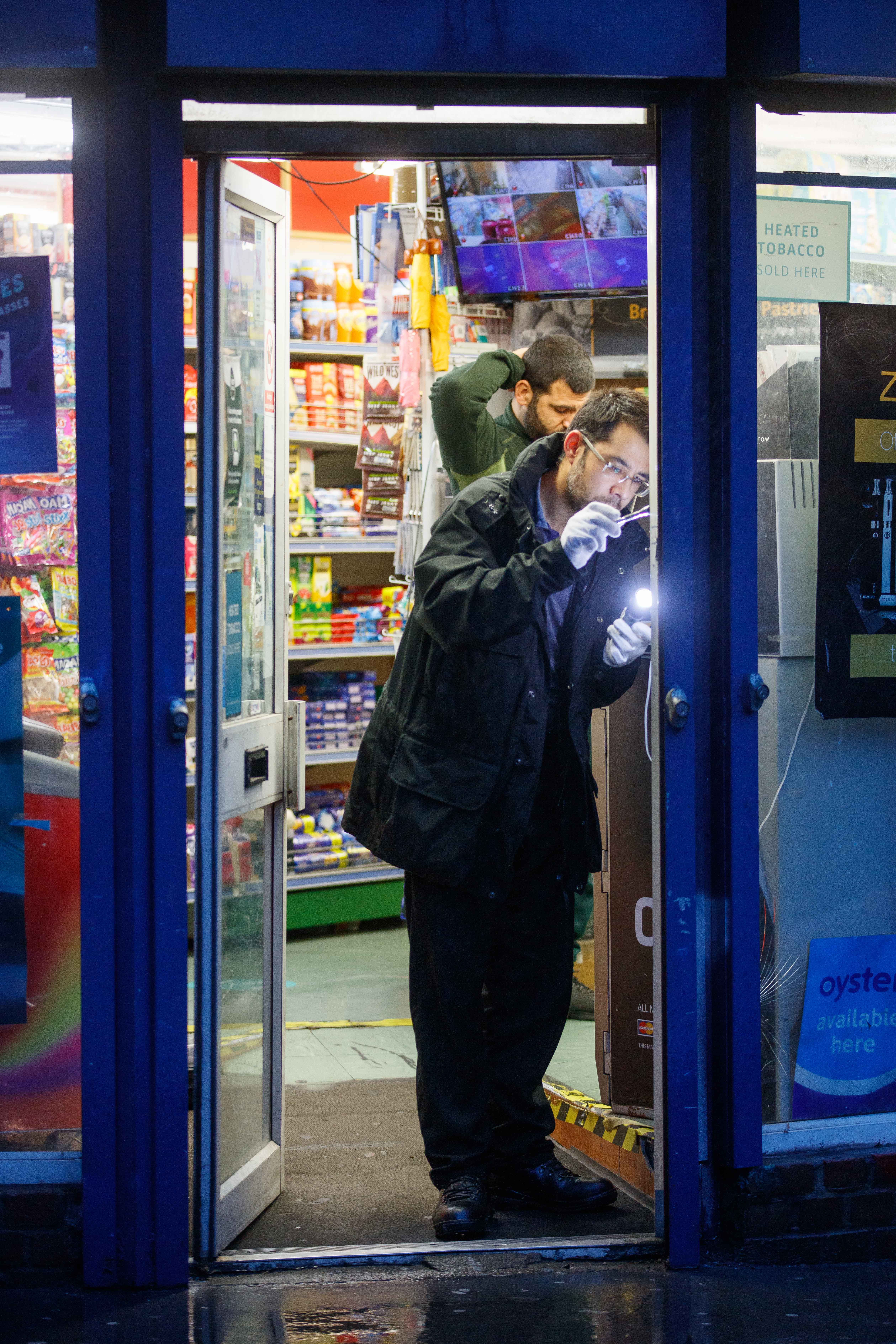 Two 15-year-old boys have today been charged with a string of offences and are due to appear at Highbury Corner Youth Court.

One, from Barking, is charged with inflicting grievious bodily harm against a police officer and assault by beating of an emergency worker in relation to a male cop.

He is also charged with attempted robbery, criminal damage and threatening a person with a blade or sharply pointed object in a public place.

He is also facing charges of threatening a person with a blade or sharply pointed object in a public place and attempted robbery.

Witnesses today told how the suspects were chased 100 yards down the road into a Pret A Manger by the officer.

They then dashed to the bathroom to lock themselves in before being apprehended by police.

“The police officers were running after them and yelling but they continued running.

Maheen, who lives just across the road from Pimlico Grocer where the alleged robbery took place, said the “brave” police officer was still able to run after the suspects despite her injury.

She was later treated in an ambulance as the two suspects were arrested.

Maheen added: “It all happened so fast.

“Within eight minutes they had taped up everything.

“With all that’s going on in the country with this pandemic, we don’t need this.

“Our police officers are here to help."

The cop and a male officer had sprung into action after witnessing an attempted robbery of a shop in Westminster at 3.42pm on Sunday afternoon.

The shopkeeper had managed to push the suspects out of the store.

When the two cops confronted the pair – both armed with knives – the female officer was stabbed.

Senior officers and the Mayor of London paid tribute to the wounded officer, who has since been discharged from hospital.

Chief Inspector Simon Brooker said: “This shows precisely the kind of danger officers face every single day as they work to keep the public safe.

“For this officer to be stabbed on duty is unacceptable but, fortunately, she does not appear to be seriously injured.

“I applaud her bravery in responding to this call. This courage is typical of Met officers as they go about their duties.”

Mayor of London Sadiq Khan said: "My thoughts and prayers are with this brave police officer who is receiving treatment in hospital after she was stabbed while on duty, intervening in a robbery, this afternoon.

"Every day our courageous police officers put themselves in harm's way to keep Londoners safe.

"I am sure all Londoners will join me in wishing her a speedy recovery.

"Attacks on our police are utterly unacceptable and perpetrators will feel the full force of the law."

The stabbing comes just over a week after custody sergeant Matt Ratana was shot dead at a police station in Croydon. 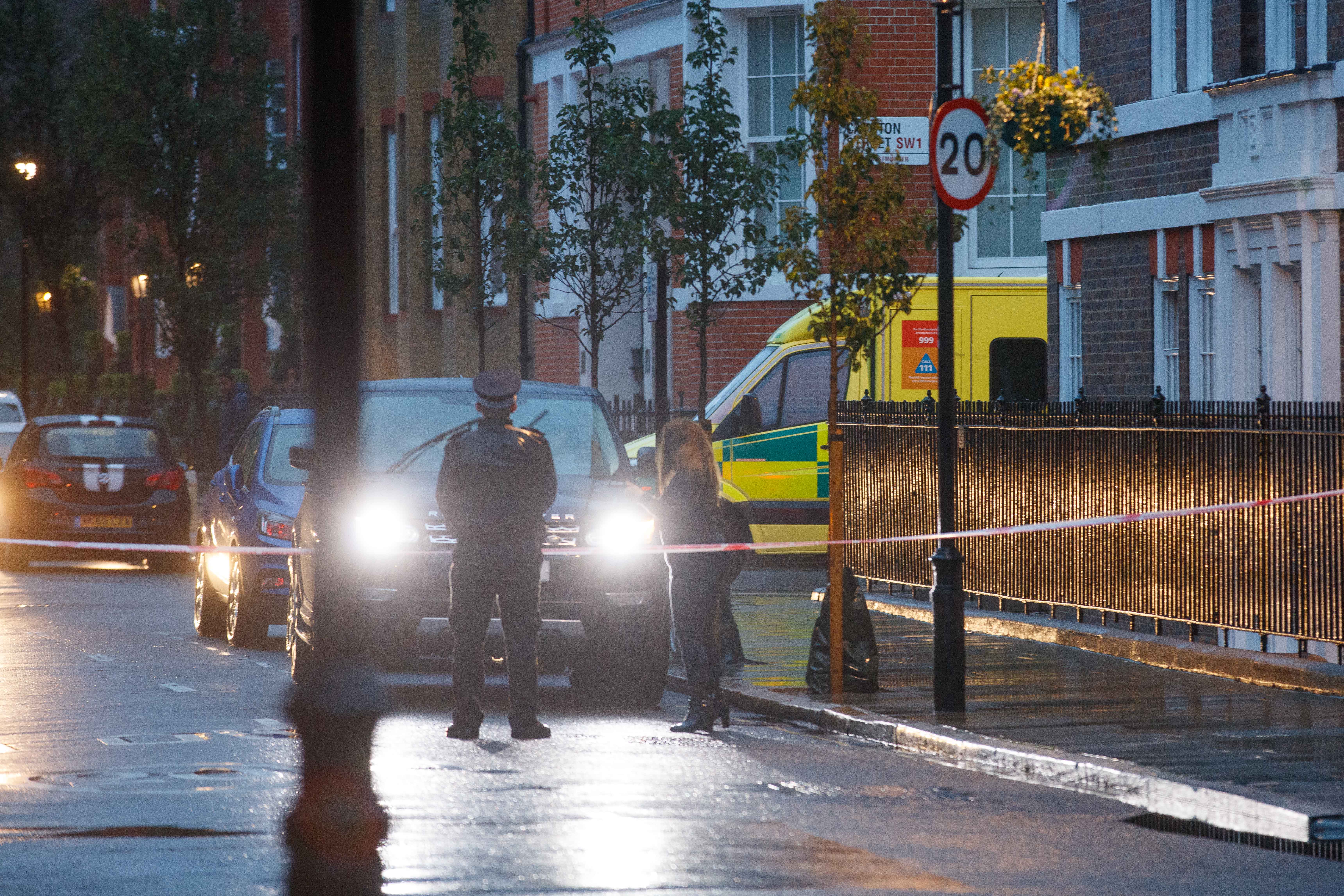