United Airlines said it would buy ultra-fast jets from Denver-based aerospace company Boom Supersonic, bringing back supersonic passenger travel that died out with the retirement of the Anglo-French Concorde in 2003.

Under the agreement, the airline will purchase 15 of Boom’s “Overture” aircraft once they meet United’s safety, operating and sustainability requirements, with an option for an additional 35 aircraft. 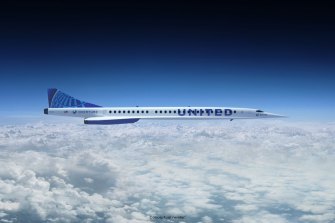 Boom’s Overture, a supersonic aircraft with 65 to 88 seats which will be initially priced at business class fares, would cut flying time between London and the New York area by 50 per cent to about three-and-half hours, while Tokyo would be only six hours from San Francisco.

The announcement comes less than two weeks after Aerion’s plans to produce a supersonic business jet faltered due to a lack of funding for production.

Supersonics have come under criticism from environmentalists for burning more fuel per passenger than comparable subsonic planes.

United, which has pledged to reduce its greenhouse gas emissions 100 per cent by 2050, said the aircraft would be optimised to use 100 per cent sustainable aviation fuel (SAF) from its entry to service, projected to be in 2029.

Currently, commercial aircraft engines are certified to fly with 50 per cent of alternative fuel, with the rest using ordinary kerosene, but available supplies fall far short of that level.

The era of regular commercial supersonic flights ended in 2003 when Concorde, flown by Air France and British Airways, was retired after 27 years of service.

The return of supersonic jets faces hurdles from regulators like the Federal Aviation Administration (FAA) which must first give approval for them to fly at supersonic speeds over land, along with pressure from groups like airports that want the planes to be no noisier than comparable subsonic aircraft.

United’s head of corporate development, Mike Leskinen, told The Air Current in an interview that the transaction was not a firm order but it involved United taking the lead on “a real aircraft” project.

A Boom spokeswoman said the order meets the terms of a commercial agreement.