Popeyes is coming to Britain! US fried chicken giant bring battle with rival KFC to UK shores with plan to open first restaurant by end of 2021 and launch 350 branches over decade

US fried chicken chain Popeyes will launch its first restaurant in Britain by the end of this year as it pushes ahead with an expansion plan to open hundreds of UK sites.

The Miami-based outlet said it has a goal of opening 350 UK restaurants over the next ten years, after rapid growth in continental Europe in recent years.

The KFC competitor, which was founded in New Orleans in 1972 and now runs 3,400 restaurants globally, has rolled out in Spain and Switzerland over the past two years.

Bosses said they now see the UK – where indoor hospitality is set to reopen from the third coronavirus lockdown on May 17 – as their ‘next big opportunity’ for growth.

The first outlet is expected to be opened in London, but exact locations have not yet been confirmed while chiefs continue searching for sites and landlords. 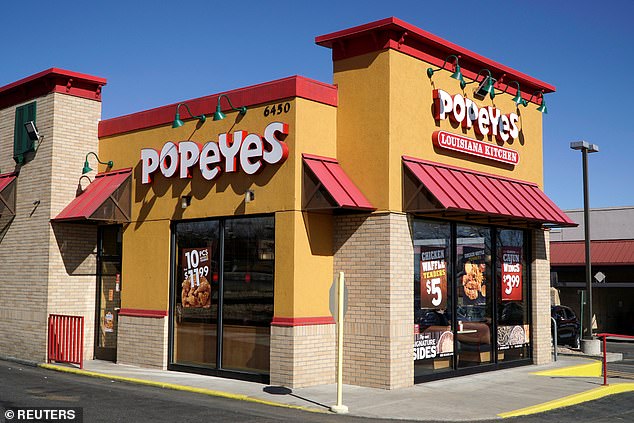 US fried chicken chain Popeyes will launch its first restaurant in Britain by the end of this year, it announced today. One of the firm’s restaurant is pictured in Westminster, Colorado, in 2017 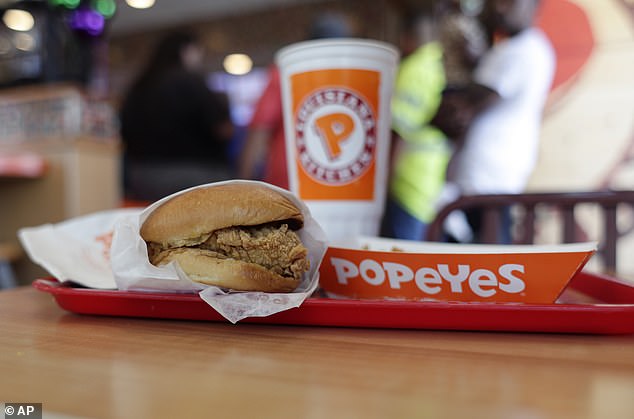 A chicken sandwich is seen at a Popeyes branch as customers wait in Kyle, Texas, in 2019. The KFC competitor was founded in New Orleans in 1972 and now runs 3,400 restaurants globally

Elias Diaz Sese, co-founder of Popeyes UK, said he expects the brand to be popular with customers and believes their expansion plan can create hundreds of new jobs.

‘The UK is such an exciting market and we think the authenticity of our brand and product is something customers here want to see.We think we will really benefit the communities we move in to. 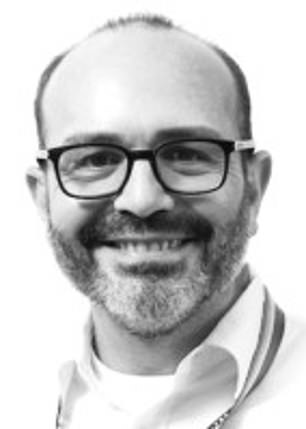 ‘It’s difficult to say exactly what the scale will be right now, but we are looking to create hundreds of jobs in the restaurants and in the supply chain.’

Popeyes will launch in the UK as part of an agreement between Restaurant Brands International, Ring International Holdings and hospitality veteran Mr Sese.

Mr Sese, who is a non-executive director at Dominos Pizza UK, said it is in talks over its first restaurant locations.

He added: ‘We can’t confirm anything yet, but we are most probably looking at opening a flagship site in London.

There are great locations for opening across the country and we are looking at our options right now.

‘We are definitely looking at both busy city centre locations and neighbourhood high streets.’

The announcement comes as UK restaurants remain closed to dine-in customers due to lockdown, with sites able to open outdoors from April 12 at the earliest.

Popeyes said it plans to use a raft of channels including delivery and takeaway when it launches in Britain.

The announcement prompted a series of tweets from social media users, with one saying: ‘Popeyes is heading to the UK… what should I try first?’

Another added: ‘I had Popeyes when I went to the US as a teen, and I still remember the chicken being delicious and getting a mini tabasco hot sauce bottle with my meal. I hope they make the UK menu as similar to the US menu as possible.’

And a third tweeted: ‘I wonder whether Popeyes will do cultural adjustments for Britain. Perhaps ‘Chicken and Scones’ in England, and ‘Chicken and Pieces’ in Scotland?’ 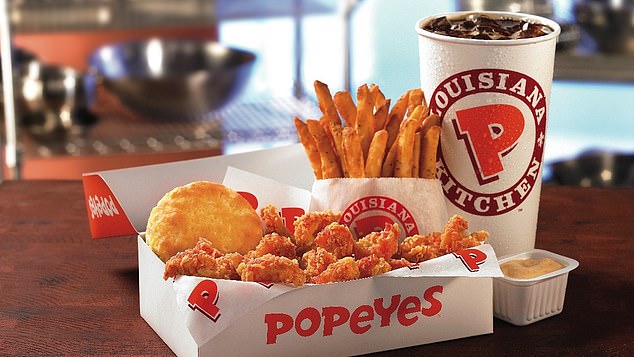 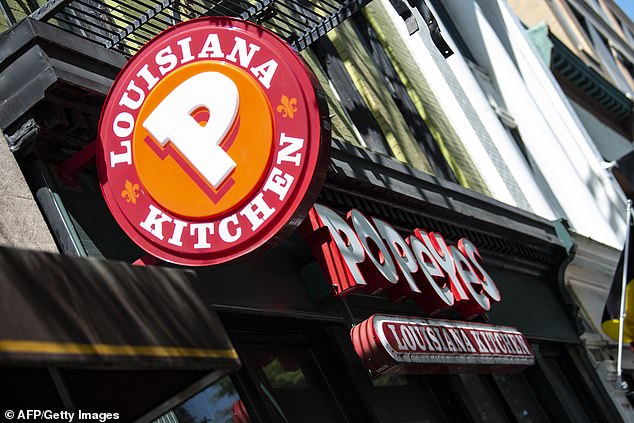 David Shear, president of Restaurant Brands International, said: ‘Our UK launch will build on other successful international expansions in Spain, Switzerland, China, the Philippines and most recently in Sri Lanka.

‘We are confident that our UK guests will love their fried chicken from Popeyes and we look forward to offering an alternative product in a major international market that we believe is ripe for disruption.’

Popeyes is the latest in a number of international fast food chains to reveal plans to grow in the UK.

The announcement comes weeks after Philippines-based chicken chain Jollibee revealed its growth strategy, while US burger chain Wendy’s has also said it is eying a raft of further UK openings.