A VIRAL TikTok challenge sees people trying to get on all four with their elbows on the ground and balance after pulling them away.

Many men can't do it, however – and are face planting after they try to move their arms. 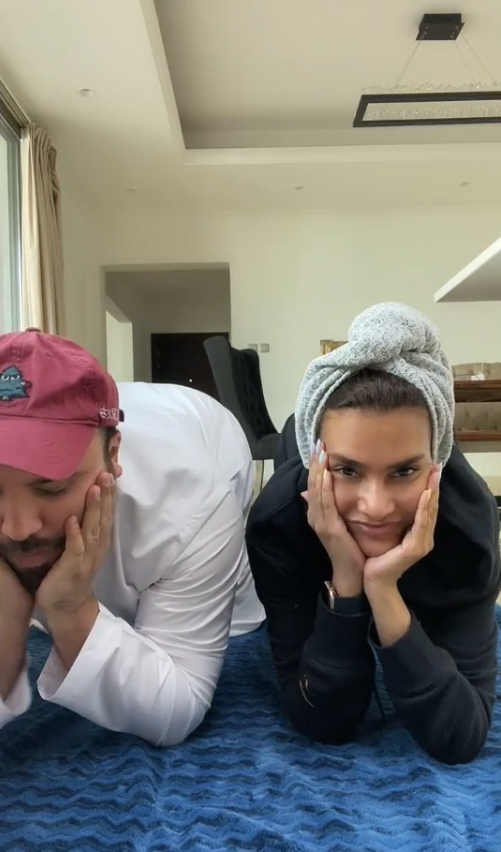 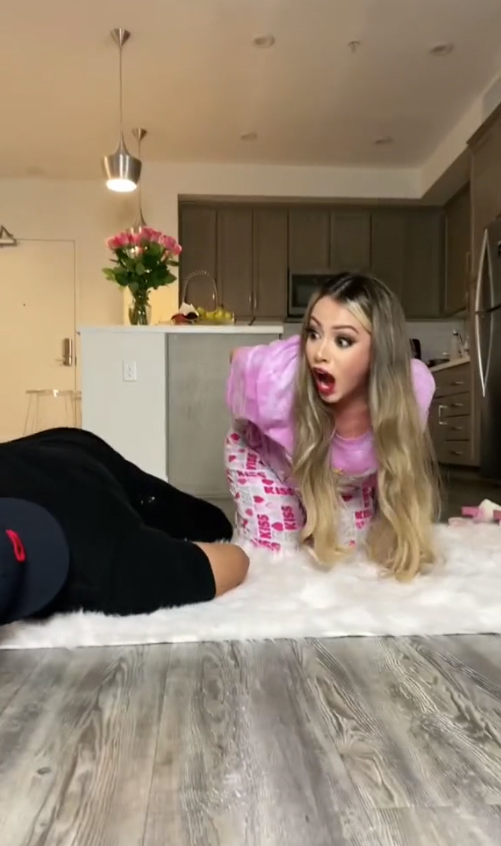 The viral TikTok trend has become known as the "center of gravity" challenge.

In videos, it shows men and women side-by-side as they attempt the move.

People get on all fours, and tuck their elbows under their chins.

They then pull away their arms, and put them behind their backs – trying to balance on their legs as their torso remains forward at a 90degree angle.

Women seem to have success with the challenge, and are able to balance. 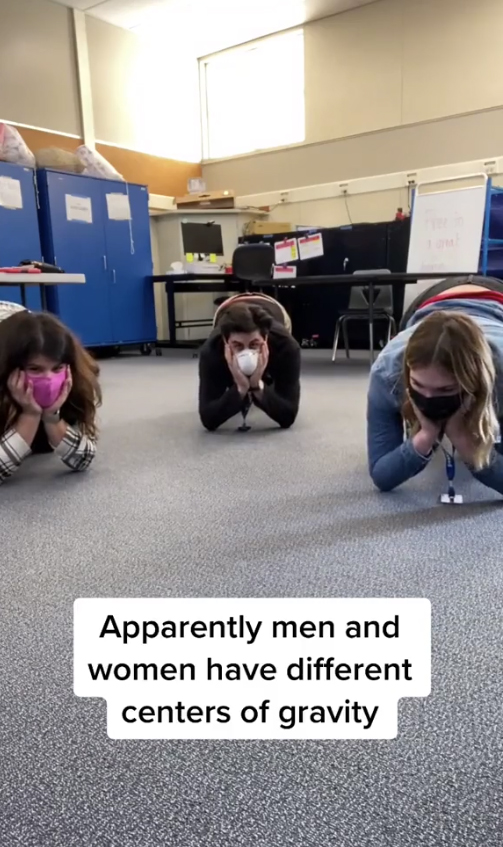 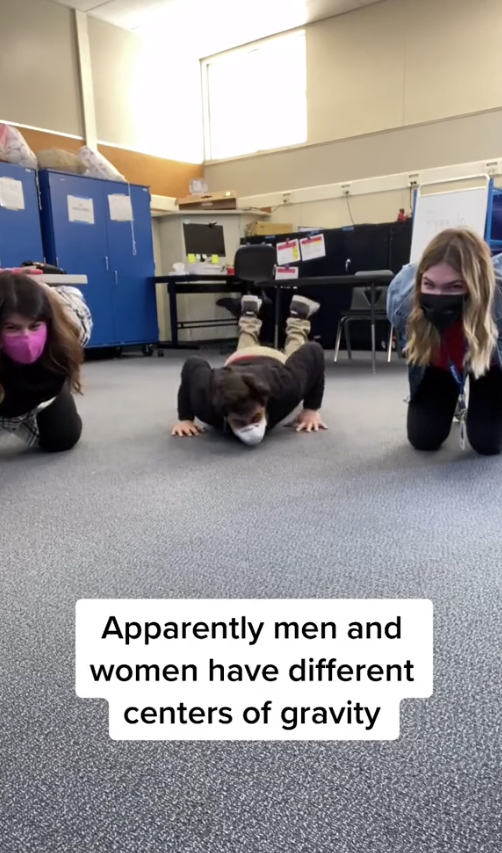 Many men, however, are not so successful.

The trend shows men faceplanting after they pull away their arms and try to balance.

It has couples and groups cracking up as they try the viral challenge.

TikTokers @weldonases, @adanwater, and @khalidandsalama all posted videos as they tried the challenge – posting the hilarious results.

The challenge has some people puzzled as to why men are less successful at balancing – and it's guessed that it's due to the fact that they have a different center of gravity than women.

One study published in the National Center for Biotechnology Information set out to explain the differences, Metro reported. 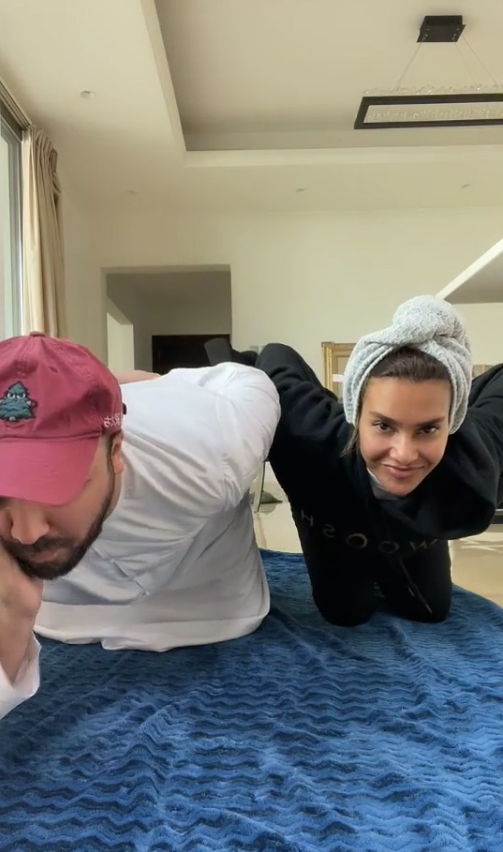 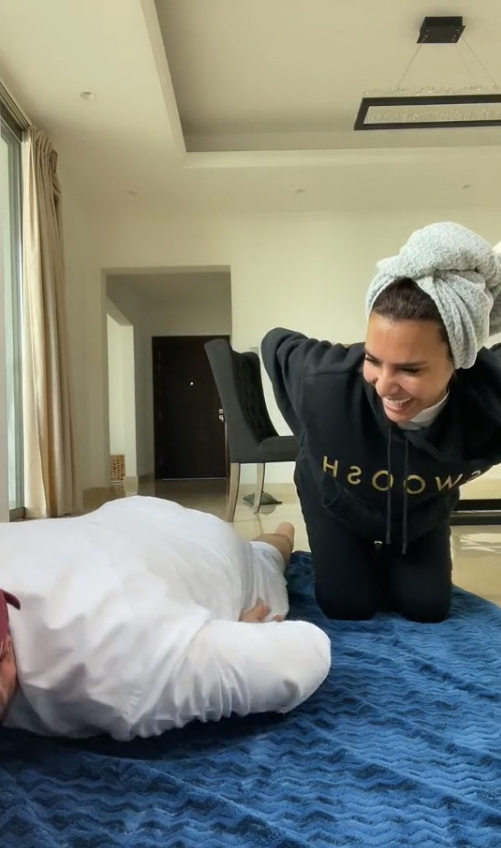 "It is well know that on average women commonly have an 8 – 15% lower longitudinal center of gravity (COG or center of mass relative to height) than men," the study said.

The study noted that "a larger portion of the body mass of women is situated in the lower tissues of the legs and pelvis" – which is thought to be related to evolution and women's ability to get pregnant.

Although the challenge may be tricky for some men, others are successful at it – and attribute it to a strong core.

One person commented on a video from user @mgfletch, who posted the challenge with her husband: "My husband did it no problem and then yelled "Core Baby!" 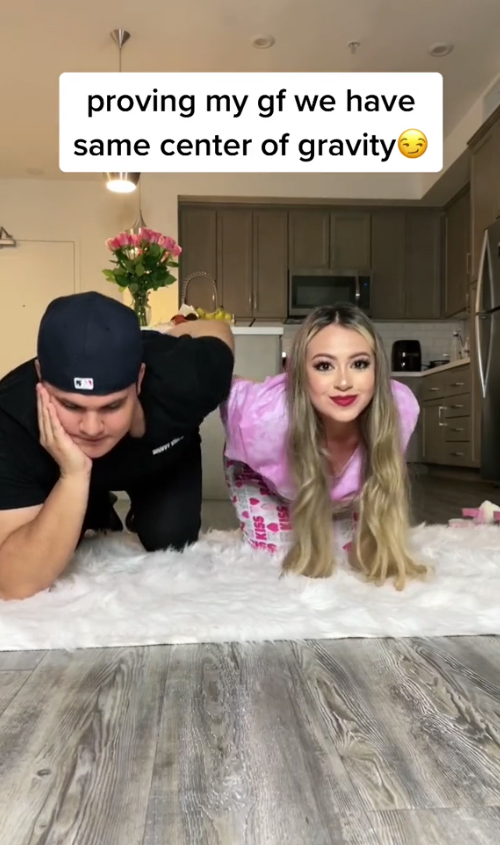 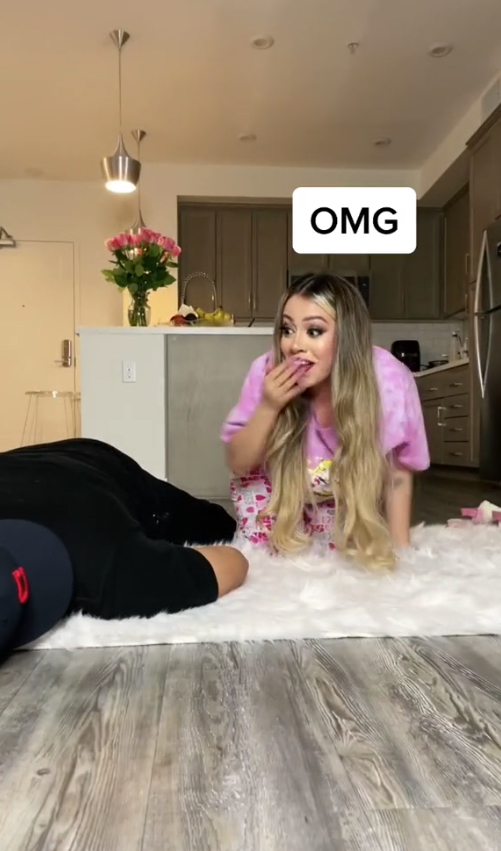 It's best to take caution if trying the challenge – as some people have had a sore fall when face planting after attempting it themselves.

If attempting the challenge yourself, try preparing for a possible fall with a pillow, or another soft surface.

In other TikTok clips, people are freaking out over a McDonald's cup-stacking trick.

Dentists revealed there's a spot in your mouth that can show if you've had oral sex.

One mom revealed a tip to get every bit of sauce out of a packet – and it's blowing people's minds.