WEETABIX has been mocked for posting their "date night" recipe, where you coat CHICKEN breasts in their cereal.

Brits were shocked and confused on social media after the brand suggested people should accompany their "cosy date night" with "Chicken Weetabix." 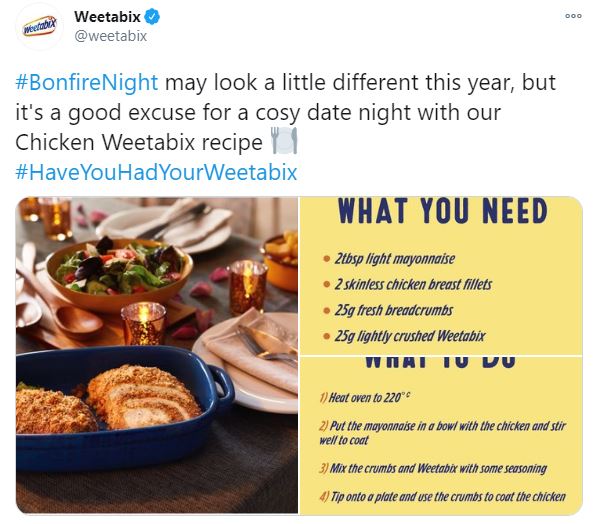 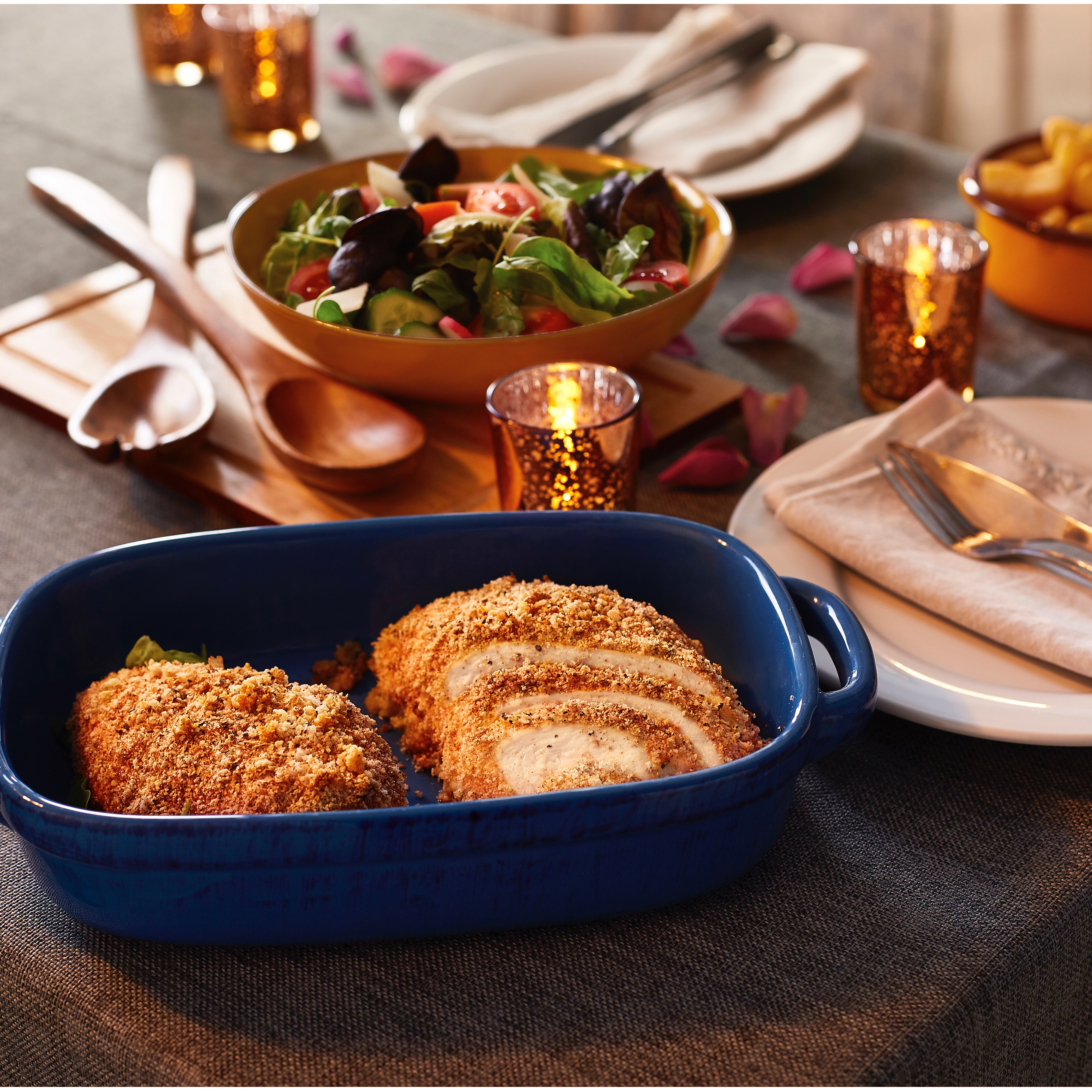 The queasy combination left many outraged online, with one critic dubbing the recipe "the end of civilisation."

Posting on Bonfire Night, the cereal brand said: "#BonfireNight may look a little different this year, but it's a good excuse for a cosy date night with our Chicken Weetabix recipe #HaveYouHadYourWeetabix

Weetabix then posted a picture of the coated chicken, alongside a recipe and instructions.

WEET ARE YOU THINKING?

After dipping the chicken in mayonnaise, you mix the crumbs and Weetabix with some seasoning before coating the fillets.

But that didn't seem to tickle many tastebuds on Twitter.

One person said: "Weetabix from a bowl is very nice. But to put it on chicken is demented."

Another questioned whether this was a belated April Fools prank by Weetabix: "Did I just pass out and wake up on the 1st of f****** April or something?"

Others dramatically stated they would "rather die" than eat the cereal crusted chicken, while another said: "It’s a pandemic, not the end of civilisation."

One gourmet chef joked: "I was going to make this but I went for Lamb and Sugar Puffs instead."

Many claimed the shop's post was inadvertently "sexual" as they tweeted “Who wants a bite of Santa’s Yumnut?"

It was retweeted more than a thousand times just an hour after being shared and has elicited some hilarious responses. 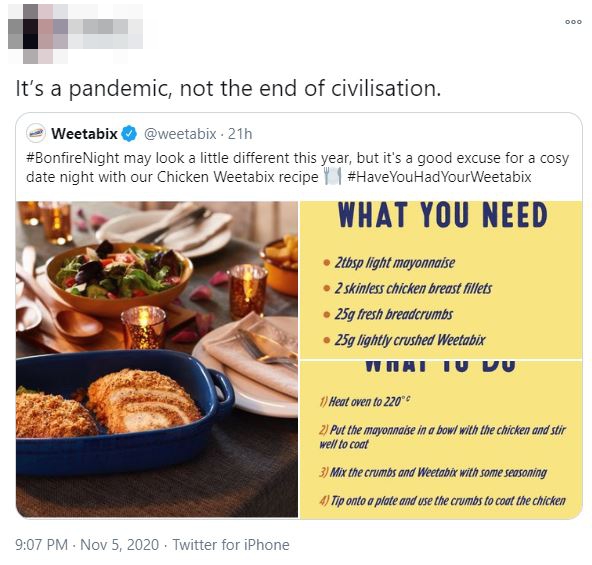