A YOUNG mum 'feared she would die' when she was hospitalised with severe food poisoning after eating McDonald's chicken nuggets.

Lily Denton, 23, bought the fast food from the Kirkstall branch in Leeds, West Yorkshire, on September 13. 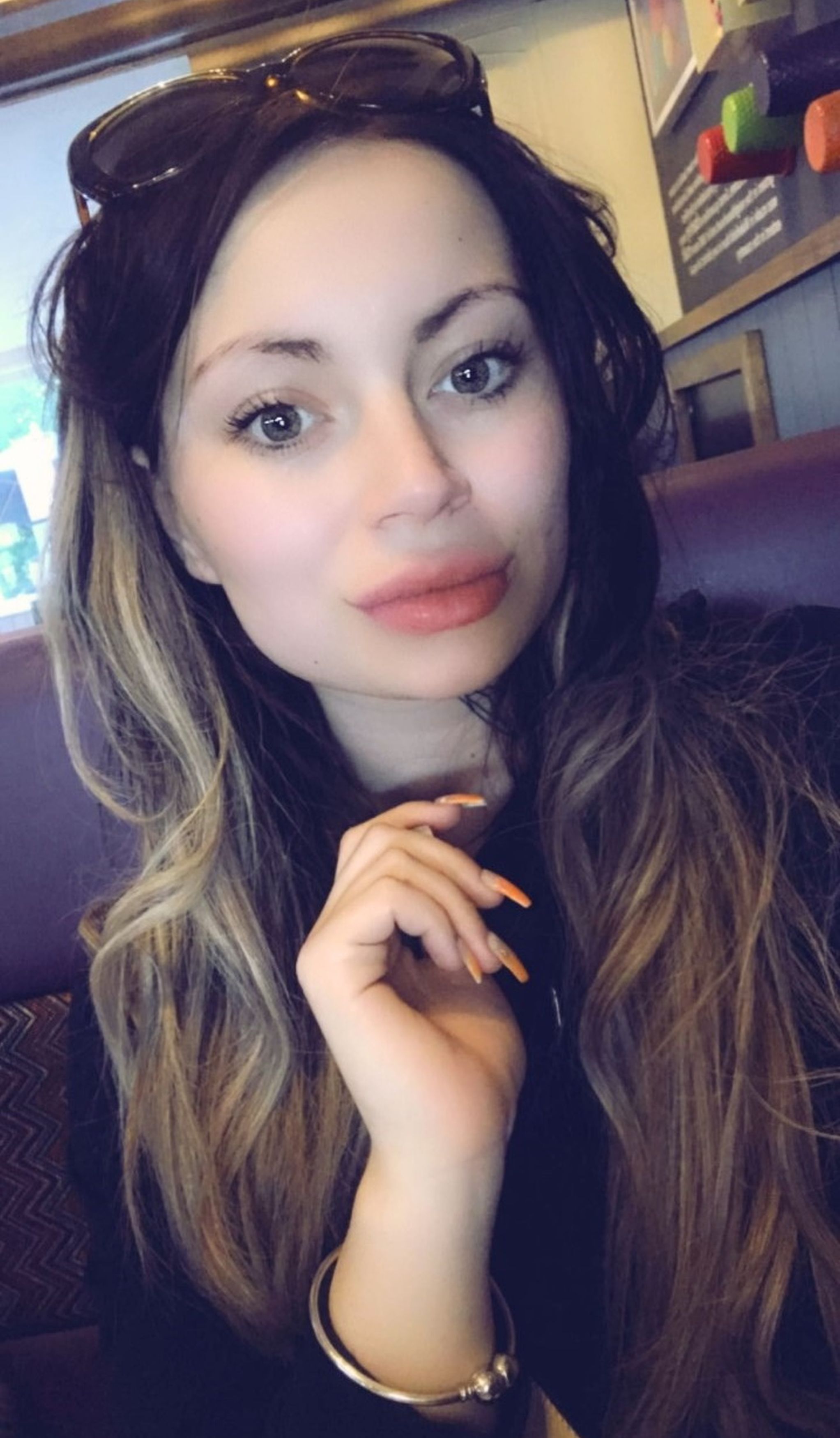 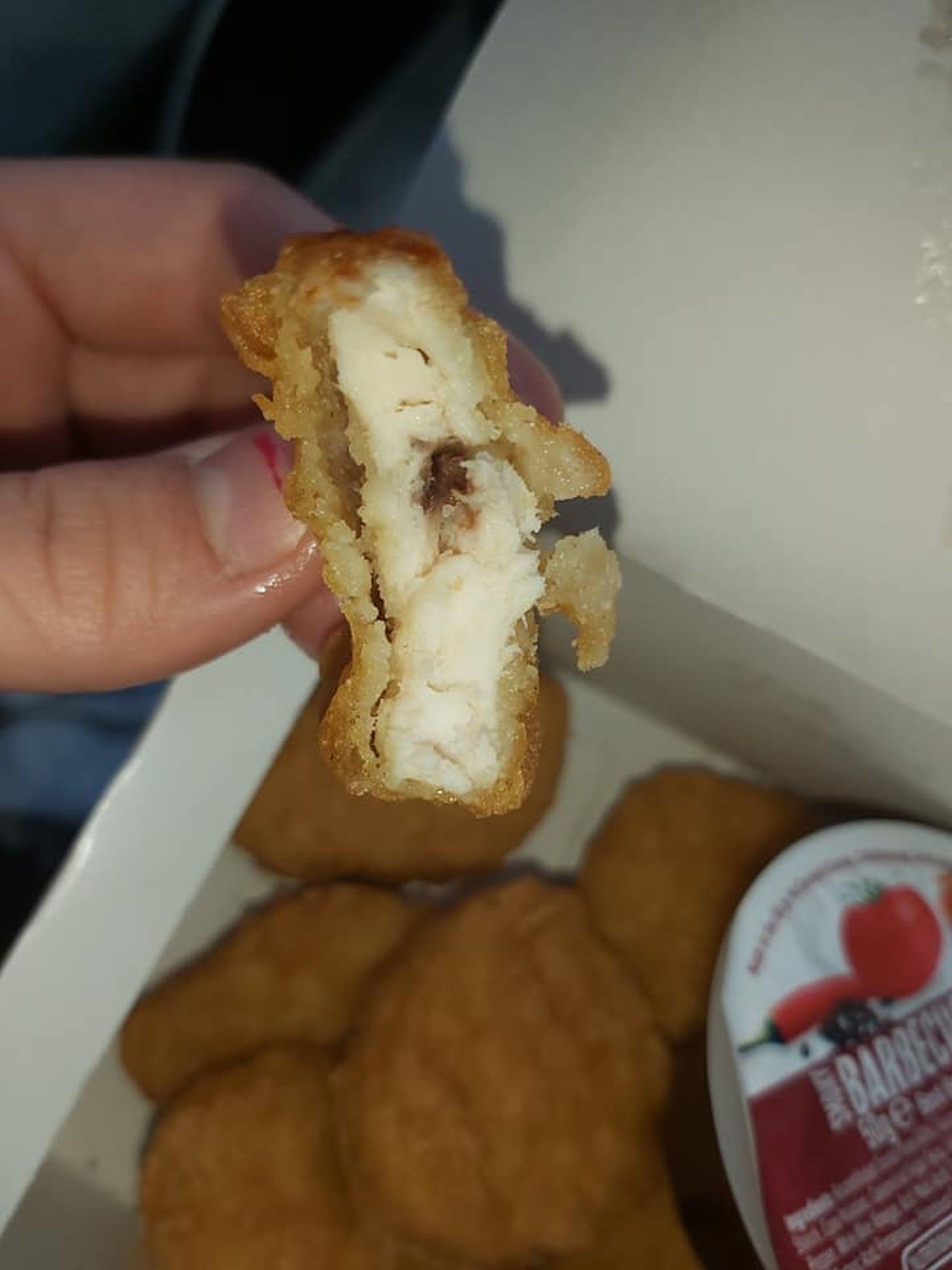 She discovered a brown and red shape inside the chicken and suspected 'something was wrong with the food'.

She claims she suffered severe stomach cramps and vomiting, while her daughter Autumn Metcalf, three, complained of a sore tummy.

Lily developed diarrhoea and a sore back but and when her condition she worsened was 'carried into hospital' by a friend.

She says she was hooked up on saline drips, given antibiotics and morphine to treat her pain, as medics desperately tried to find the cause of her illness.

Furious Lily has vowed never to eat McDonald's again – after admitting she feared for her life during the ordeal.

Lily, from Leeds, said: "It was horrible. I felt I was going to die.

"I'm still on the medication daily because it's affected me long term now.

"I am usually strong in myself, physically, and now I feel like I can't walk, I can't breathe. I can't walk up the stairs.

I'm not eating McDonald's anymore. No way am I going near that stuff

"But it's now a month on, I've got breathing problems and I can't be a full day without medication to take the pain away."

She added: "I'm not eating McDonald's anymore. No way am I going near that stuff."

Lily and her family shared a 20 Chicken McNuggets Sharebox on September 13, when she discovered something inside one of the nuggets.

After eating her food, she soon began to feel nauseous and had stomach cramps. 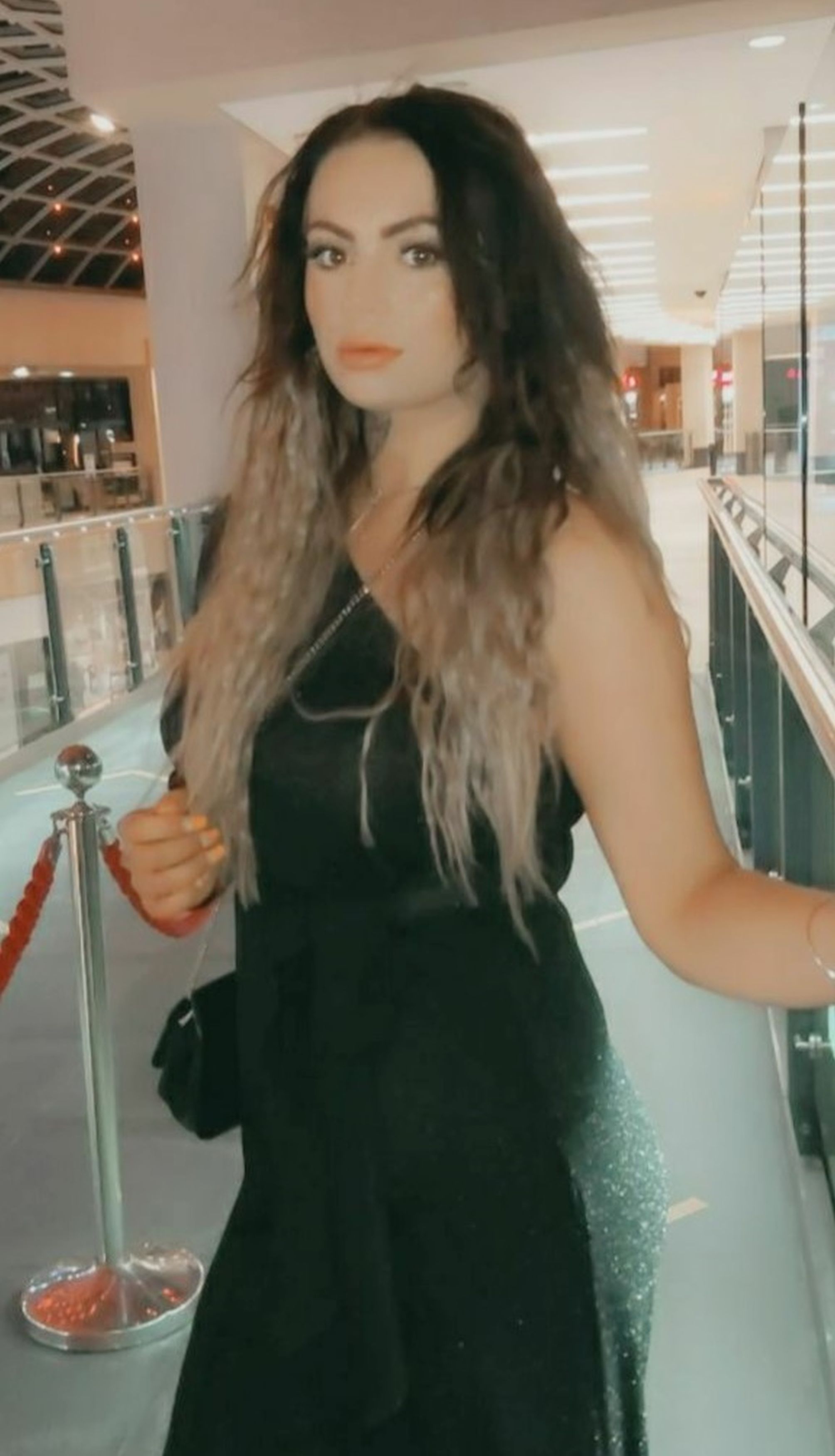 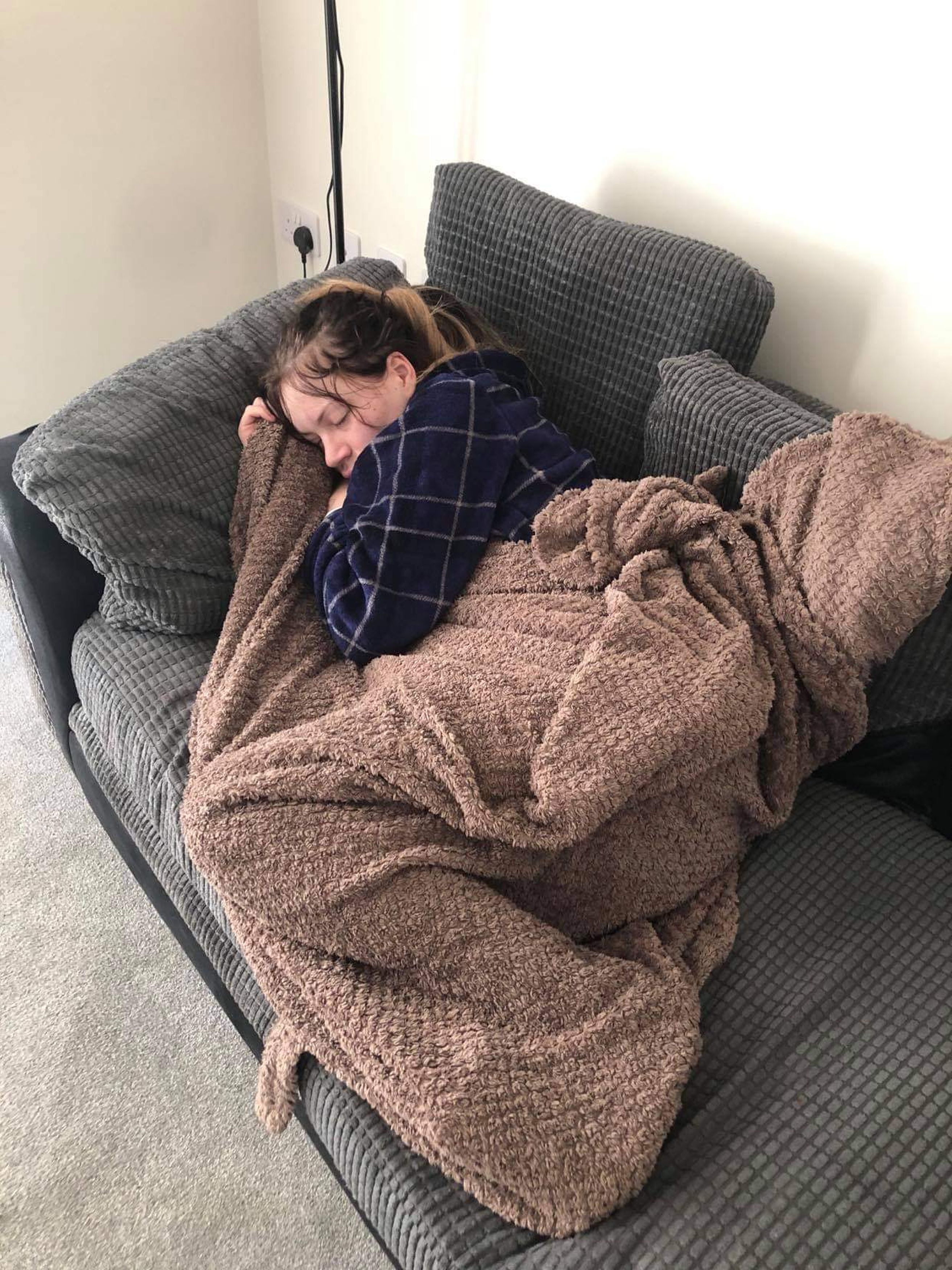 Lily said: "It was affecting all sorts – it was horrible. My daughter was telling me her tummy was hurting but I didn't think it was anything more than a stomach bug.

"Autumn and my partner managed to get through it but I just kept on getting worse."

Lily struggled on for more than a fortnight as she worried about who would look after her little girl.

Her kidneys were "infected" and "shut down on me" she said.

But when the pain became unbearable 'like contractions', she called a friend to take her to Leeds General Infirmary on October 5.

Shortly after, she was sent in an ambulance to St James' University Hospital, where she was given morphine and put on a saline drip. She was also given antibiotics.

'I WAS CRYING MY EYES OUT'

Lily said: "That day, I only ate one meal and it was McDonald's. [The illness] started from that day.

"The pain started half an hour after and my daughter was saying her tummy hurt."

She remained in hospital for two days and was discharged on Friday, with a stool sample confirming she had food poisoning.

Lily said: "I was crying my eyes out and I didn't understand what was going on. I've never had something so serious.

"They tested my bloods and it came back with an infection straight away. They took urine samples and that came back as a kidney infection.

She has lost a stone since being unwell and admits she 'feels like she's barely living'.

A McDonald’s spokesman said: "We are sorry to hear about this customer’s experience on this occasion.

"As soon as we were made aware of it this week we opened an investigation at restaurant-level and have also engaged our Customer Services Team, who have confirmed that we have not had any reports of other customers having had similar experiences." 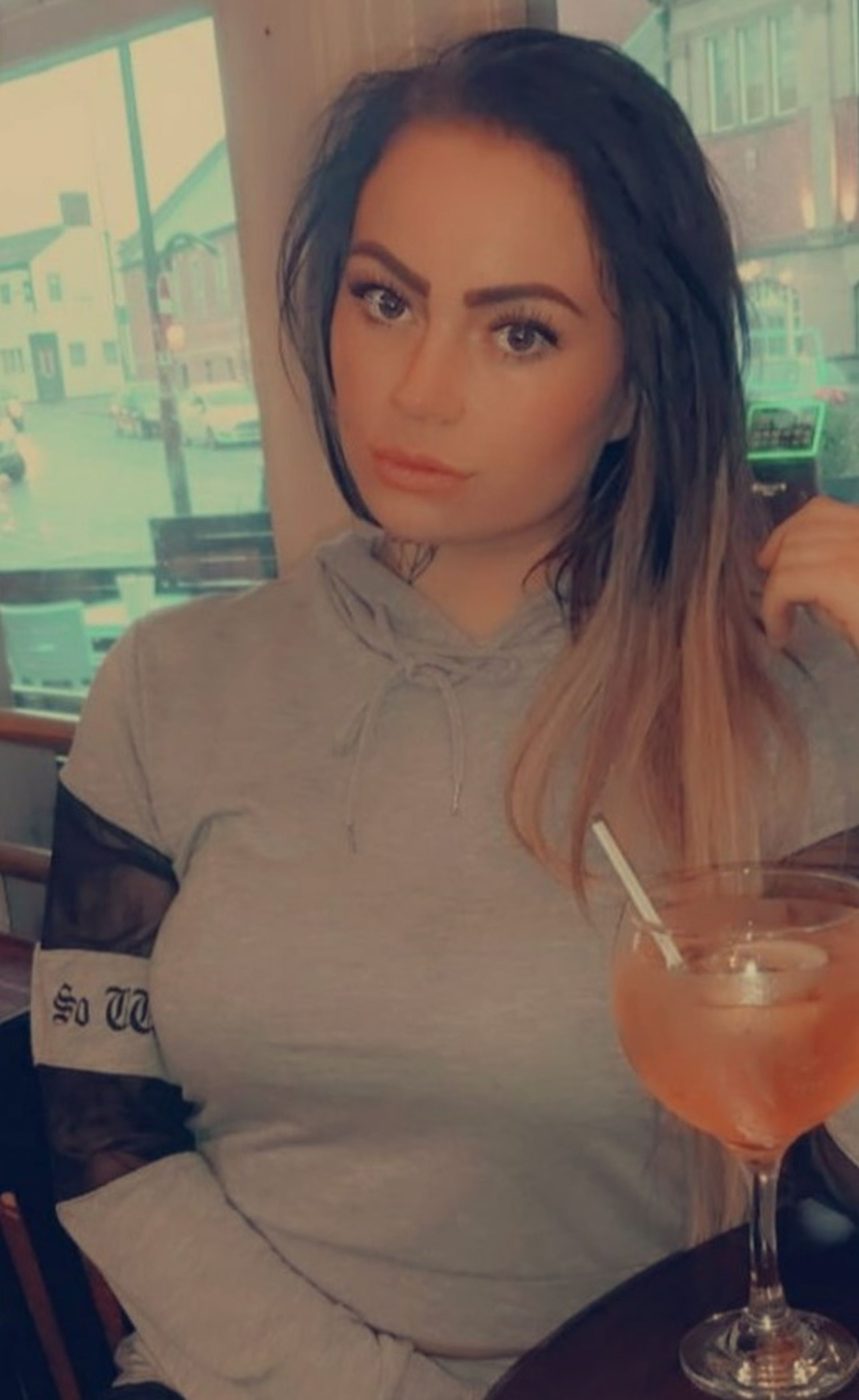 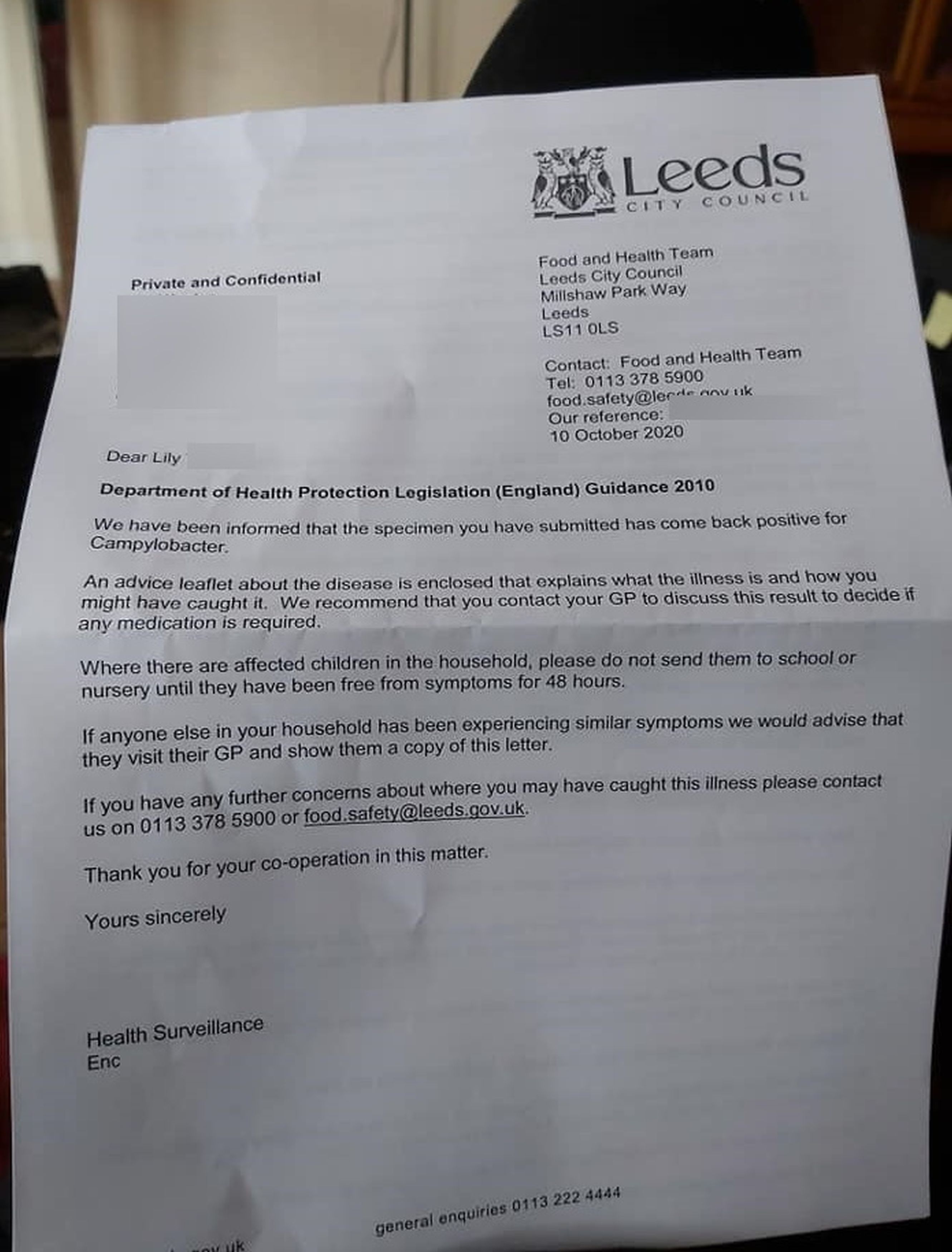 Related posts:
TV and Movies
Lee Min Ho Among Six Cast in ‘Pachinko’ Series at Apple
Why is Dreams by Fleetwood Mac trending?
This is why you won’t see Cynthia Bailey’s wedding on Real Housewives
Tyra Banks Blasts Claims She Banned 'Real Housewives' From 'DWTS'
Recent Posts
This website uses cookies to improve your user experience and to provide you with advertisements that are relevant to your interests. By continuing to browse the site you are agreeing to our use of cookies.Ok