On a roll! Heart-melting moment young panda Xiao Qi Ji tumbles and slides in fresh snow for the first time at the National Zoo in D.C.

Adorable footage has captured a young panda making the most of the snow at a zoo in Washington D.C.

The zoo said the panda was wary during his first encounter with the snow a year ago but seemed to enjoy it this year.

And there was certainly plenty of snow for him to play in, with the National Weather Service reporting that 8.5 inches (21.59 cm) fell in Washington D.C. on December 3. 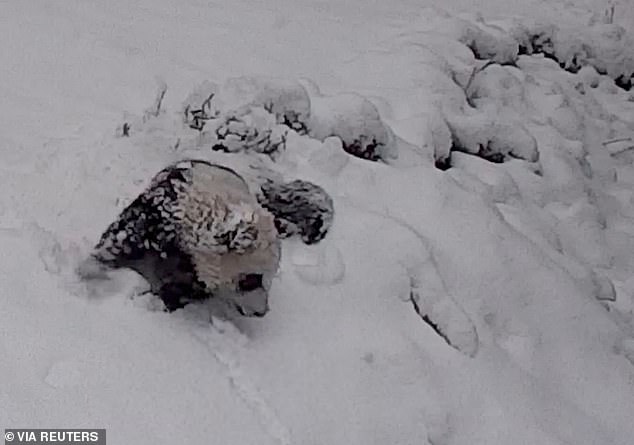 Footage captured 16-month-old Xiao Qi Ji playing and rolling around in the snow at Smithsonian’s National Zoo, in Washington DC, on Monday The young giant panda was seen performing forward rolls and sliding down a snowy bank as approximately 8.5 inches of snow fell during the day 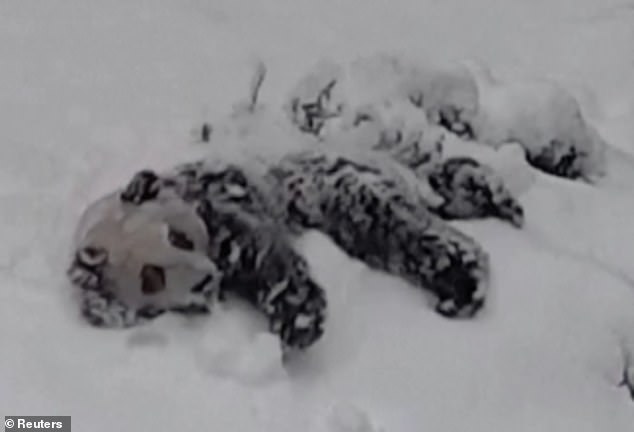 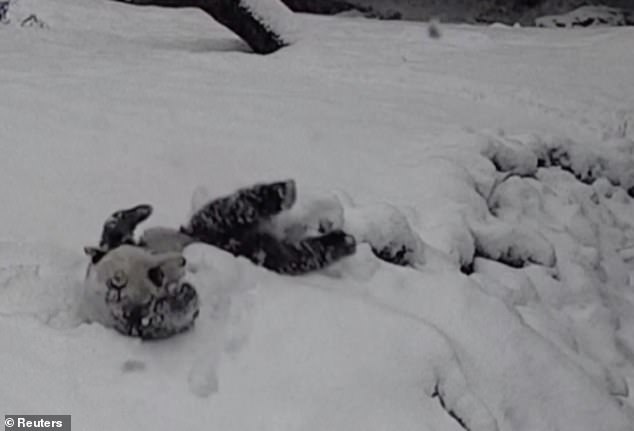 In the video, the Xiao Qi Ji is seen walking in the deep snow before ducking his head down and performing a forward roll

In the video, the young panda is seen walking in the deep snow before ducking his head down and performing a forward roll.

Xiao Qi Ji rolls forward once more and appears to get stuck on top of a snow-covered bush but, after freeing itself, proceeds forwards and playfully slides down a snowy bank head-first and towards his mother Mei Xiang.

Later in the clip, the cub is seen playing with Mei Xiang as the heavy snow continues falling around them.

Posting the video onto its Facebook page, the Smithsonian’s National Zoo said: ‘This morning, the 16-month-old plowed face-first into the fresh powder, rolled around and relished the year’s first snow day.’

The zoo also posted the video onto its Twitter account where it has been viewed more than 125,000 times since Monday.

The clip attracted thousands comments from adoring followers, including from Susan Decker who said: ‘It hasn’t *really* snowed in DC until the panda rolls at the @nationalzoo.’

Another user said: ‘Please do a snow-cam so we can watch this all day!’

While another added: ‘I’m just watching this over and over. This little guy is having such a good time.’ 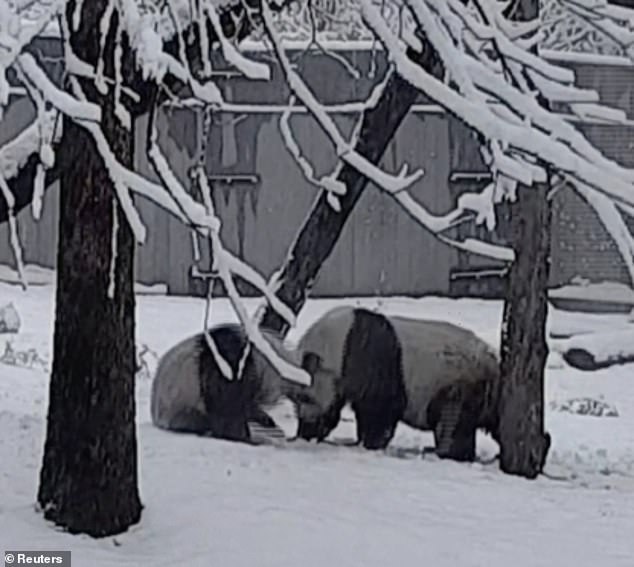 After sliding around in the snow, Xiao Qi Ji joined his mother Mei Xiang to continue playing in the deep snowfall 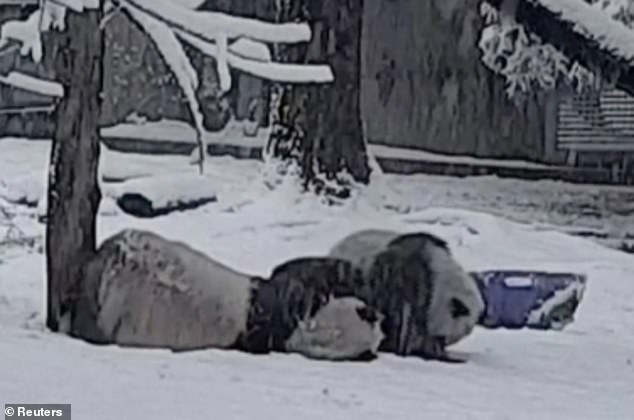 Smithsonian’s National Zoo posted the video to its Twitter page where it has been viewed more than 125,000 times since Monday

Monday’s inclement weather forced federal government offices to close in Washington, while dozens of schools across the region canceled or delayed the start of school.

Even President Joe Biden faced delays on his return to the White House after he and his staff were stuck on Air Force One for 30 minutes as plows cleared the runway.

Thousands of people were stranded in their vehicles for hours overnight along a nearly 50-mile (80-kilometer) stretch of Interstate 95 in Virginia after a storm dumped up to a foot (30 cm) of snow, officials said on Tuesday.