A DAD shot dead his two young daughters before turning the gun on himself while police officers were so close they could hear the shots.

Cops witnessed the horror as they arrived at the scene after being called to a domestic incident in Muirwood Village Drive in Columbus, Ohio.

Police arrived on the scene and were directed towards an apartment on Danwood Drive off the north side of Hill Road.

As they pulled up to the property, the officers chillingly heard multiple gunshots coming from inside.

They made entry and discovered Alyse Williams, 6, and Ava Williams, 9, suffering from gunshots wounds.

Cops also found Aaron Williams, 32, who appeared to have shot himself – being declared dead by suicide at 11.32pm.

Paramedics rushed the two little girls to Doctor's West Hospital, but tragically they died within minutes of each other at 12.07am and 12.43am on Saturday.

Homicide detectives are now trying to piece together exactly what happened in apparent murder suicide.

Forensics officers remained on the scene deep into the early hours looking for clues.

Pictures show a patrol car and a crime scene unit van parked by the apartment complex, which is cordoned off by police tape.

The triple shooting became the second and third homicide in Columbus just hours into 2021.

Cops are appealing for anyone with information about the incident to get in touch with them. 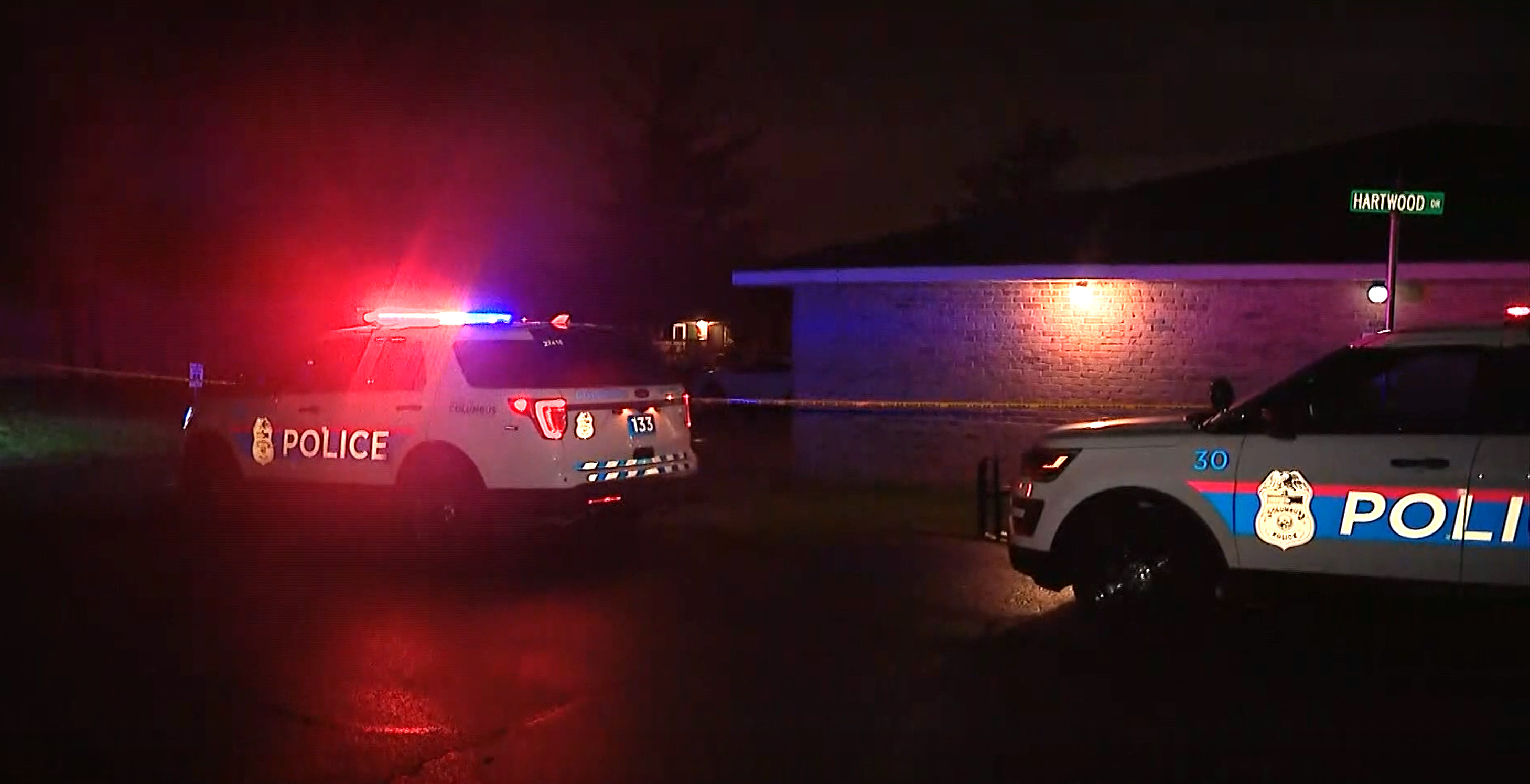 "They also found the suspect, 32-year-old Aaron Williams, who was suffering from a self-inflicted gunshot wound."

It went on: "The suspect was later pronounced deceased at the scene at 11:32pm.

"The two victims were transported to Doctor's West Hospital and eventually succumbed to their injuriesand were pronounced deceased at at 12:07am & 12:43am.

"This incident is still under investigation.